10 Things To Do on Friday Instead of Watching the Inauguration 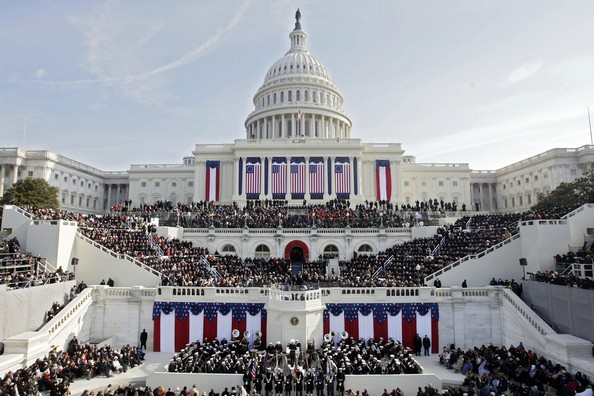 This is a picture of Barack Obama’s inauguration. Remember that when Trump tries to pass it off as his.

Tomorrow’s inauguration of Donald Trump already stands to be one of history’s colossal duds. Between the almost comical attempts to convince people that a fame-obsessed narcissist “opted” for an event devoid of A-list celebrities, to the mad rush to give away tickets in order to have asses in the seats, to the fact that NPR is literally going to fact-check the inauguration speech as it happens, tomorrow is going to be an unholy mix of schadenfreude, farce, and eyeball-bleeding terror. Make it better by doing one small thing: Not paying attention.

• Watch something else. Refusing to clap eyes on anything involving Trump is resistance in itself, since, as we all know, the man is far more interested in ratings than he is in any sort of governance. But there’s also some quality inauguration-day counterprogramming happening tomorrow. Turner Classic Movies, for instance, is showing the 1957 classic A Face in the Crowd, in which an aimless drifter is built into a man-of-the-people media star by radio and TV networks until he’s drunk with power and unbridled ego. Earlier in the day, the network is showing The Fountainhead, also known as softcore porn for conservatives and a Paul Ryan favorite. TCM, you are savage and I love it.

• Have a teachable moment with a young person. I know I’m not the only parent who has tried to explain Trump to her child by using a Star Wars and/or Harry Potter metaphor. Watching one (or more) of the SW/HP films while talking through the importance of resisting people in power who want most to hurt and punish others is a pretty solid way to spend the day. Make yourself some Rebel Alliance or Dumbledore’s Army badges if you’re feeling crafty.

• Love in. Tune into Facebook Live for the Love-a-Thon, a throwback to Jerry Lewis telethons of old that begins at 12:30 EST to coincide with the inauguration—and has a far better lineup of famous faces on hand. The three-hour event will raise money for three organizations that will surely be working overtime to mitigate the damage of a Trump administration: Planned Parenthood, Earthjustice, and the ACLU of Southern California. Jane Fonda, Jamie Lee Curtis, Judd Apatow, Patricia Arquette, Christopher Guest, Jeff Tweedy, and Tim Robbins are all scheduled to appear, along with musical acts and comedians.

• Read. Our new leader can’t name a book he’s read that isn’t about him, and his predecessor is one of the most literate, book-lovin’ presidents ever. The math doesn’t look good, folks: Given how thin Trump’s orange skin already is, as well as the recent news that he’s looking forward to gutting both the National Endowment for Arts and the National Endowment for the Humanities, books may soon be Public Enemy Number, like, 20. (Saturday Night Live will still be number one, just ahead of BuzzFeed and CNN.)

• Tweet with FORCE. The Baltimore-based activist group FORCE: Upsetting Rape Culture and Oakland’s DISCLOSE are teaming up to host a tweet-in from noon to 1pm EST on Friday. Survivors will use the hashtag #InThisMan to share the parallels between the new president and their abusers, and #WeWillNotBeSilent to share plans for organizing and resistance. Join them—you can RSVP to the event here.

• Wash your hair. Wash someone else’s hair. Wash the dog. Wash your windows. Clean your bathroom. Clean your gutters. Seriously, there’s probably something around your living area that needs cleaning. Why not now?

• Support independent media. We’ve already seen how corporate-owned media has fallen into line to normalize a Trump regime, and how the man himself dismisses any unfavorable coverage of himself as “fake news.” One of the key tools for resistance is a strong independent press, because an outlet that isn’t beholden to billionaire owners and corporate parent companies is an outlet that can report fairly, doggedly, and unrelentingly on the shitshow that is the coming four years.

• Get an IUD. Or a STI screening. Or a pap smear. Or make an appointment to get one. We know, these things aren’t going to be outlawed overnight—Trump’s little bitty hands can’t handle the paperwork, for one thing—but this administration is hell-bent on decimating access to not only birth control but everything that’s encompassed in reproductive health.

• Go to the gym. Or just take a walk. If you’re anything like me, you may have neglected to get enough exercise lately because you’re too busy thinking about how likely it is that we’re all going to perish in a nuclear event when Trump subtweets the wrong world leader. But we need all the strength and stamina we can get for the revolution, friends.

• Keep track. Having elected a Gaslighter-in-Chief, recording our personal and collective realities and preserving our memories is more than something to do with a handful of craft supplies and blank journals. Lies, obfuscations, and denials already characterize life under Trump, all with the goal of weakening a citizenry’s resistance and undermining our confidence in what we know to be factual. So write it down. Scrapbook the shit out of it. Preserve the truth so that history knows what we have lost, and what we did to fight back.

Relevant: Walk This Way: Some Things To Know Before You March This Weekend 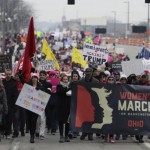 by Andi Zeisler
This Saturday, women will march in more than 400 cities around the globe—not just in protest of Fuckface Von Clownstick, but in support of a global agenda of equality and change.