18 Dominicanx Women to Know, Read, and Listen To | Bitch Media

18 Dominicanx Women to Know, Read, and Listen To 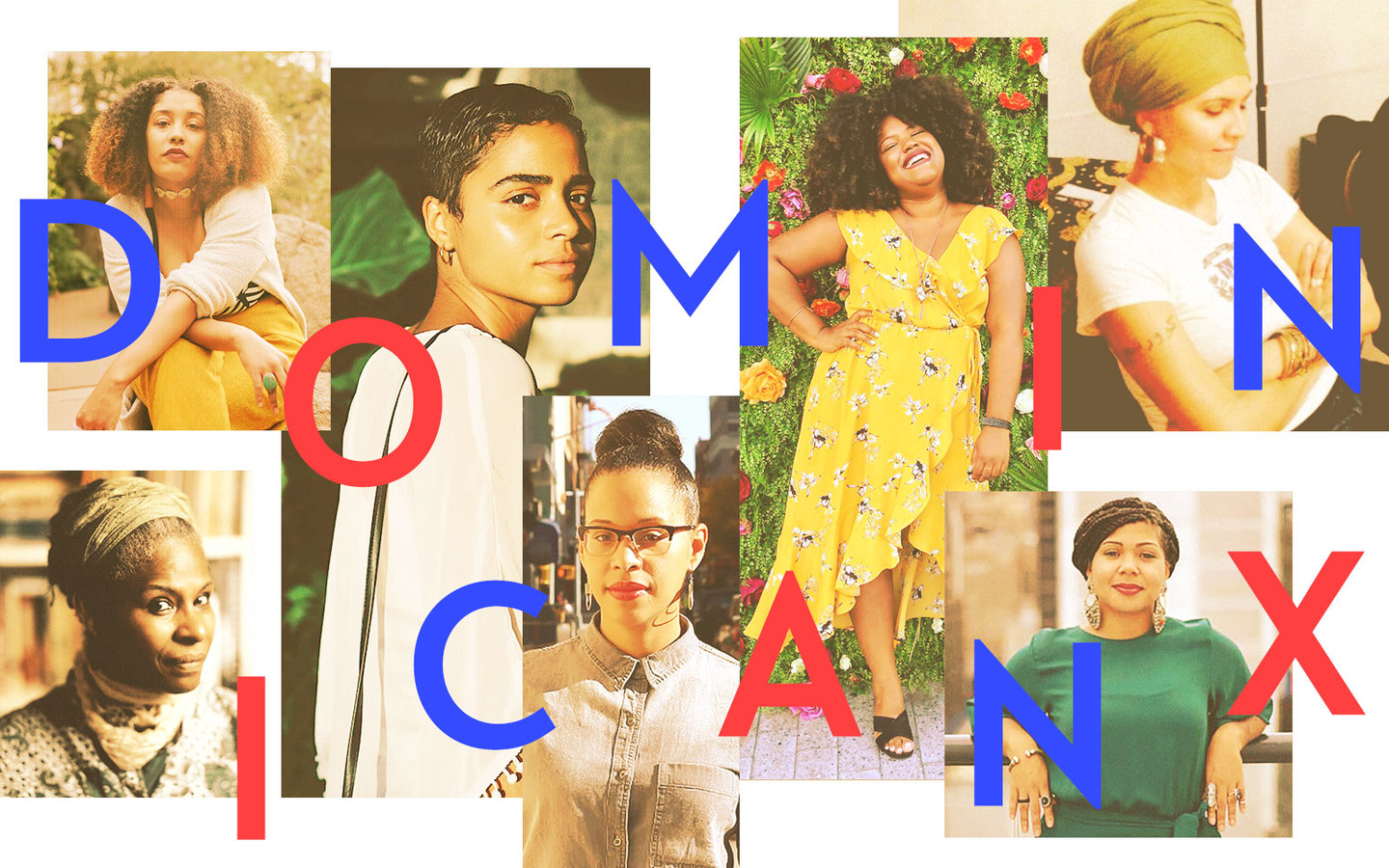 A Google search of the words “Dominican women” generates a long list of dating and sex tips that render Dominican women silent, sexualized objects of desire. This objectification ignores the vibrant realities of Dominican women artists, healthcare advocates, scholars, and activists creating new realities for Dominicans on the island and in the diaspora. In this list, we celebrate the dedicated and passionate Dominicanx making waves in their fields. 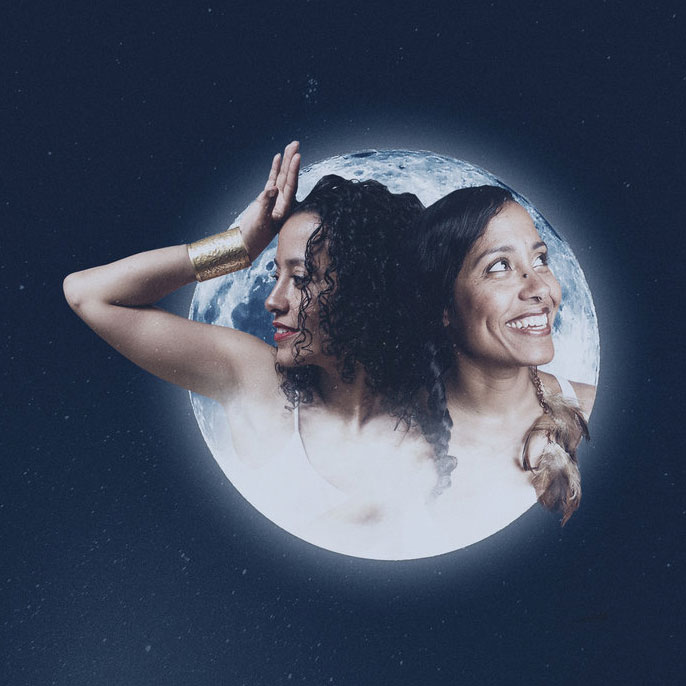 Dr. Griselda Rodriguez-Solomon and Dr. Miguelina Rodriguez are twin Afro-Dominicans committed to healing the colonial wounds of anti-Blackness and trauma embodied in women’s bodies. Born and raised in Brooklyn, New York, these PhD powerhouses are the Brujas of Brooklyn. They incorporate ritual, movement, art, music, and kundalini yoga to create a space specifically for women of color and womb healing. 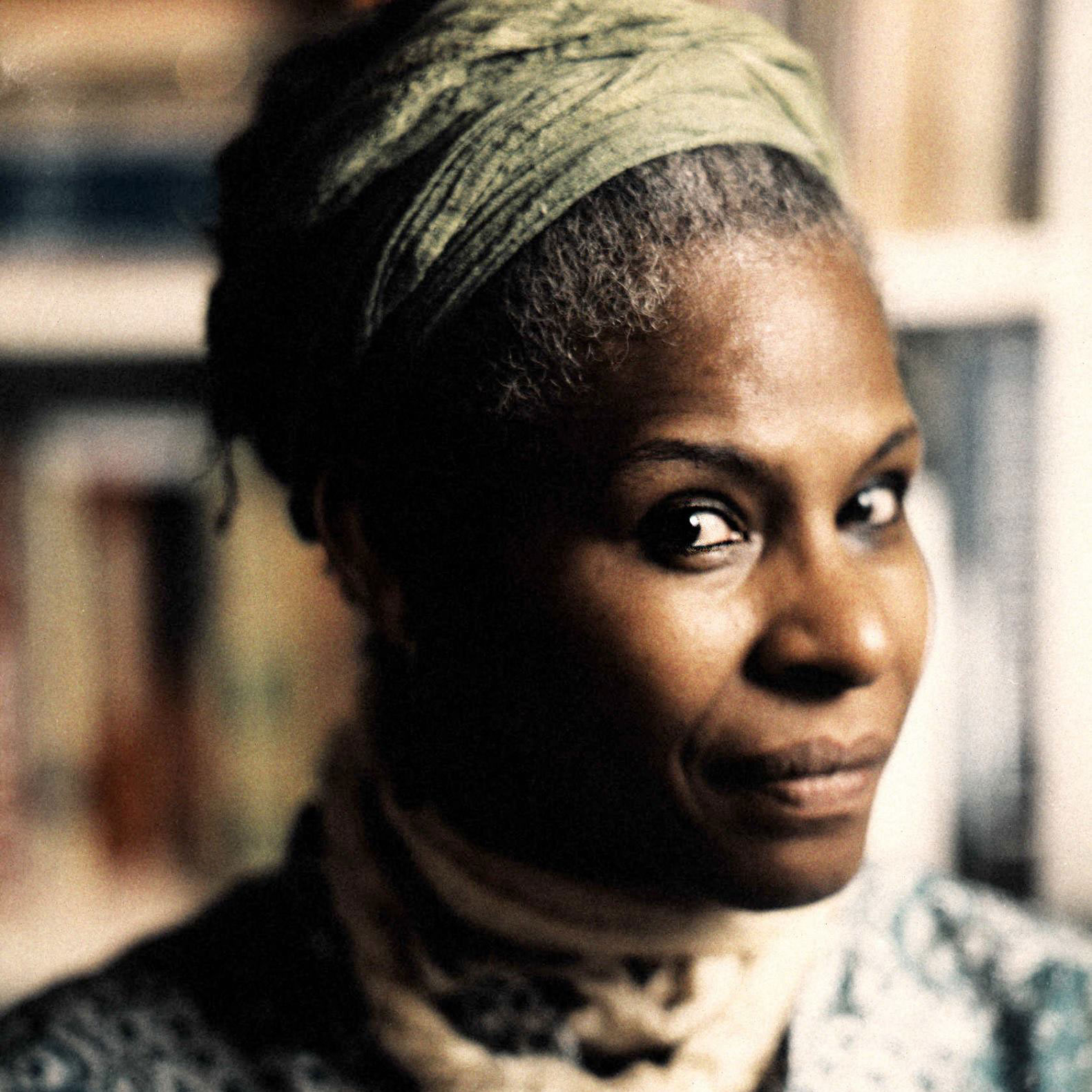 Josefina Báez is a performer, writer, director, and educator born in La Romana, Dominican Republic. She is the founder and director of Ay Ombe Theatre Troupe, and her work focuses on her Blackness, Dominican heritage, and experiences as an immigrant. The forthcoming Dominicanish: The Dominican Writers Conference at the City College of New York, will be held in her honor. 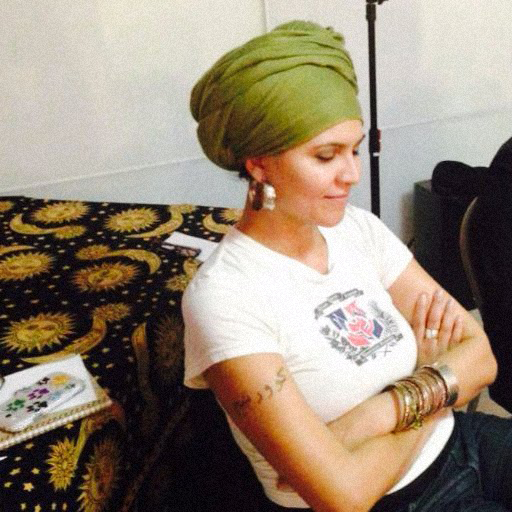 Alicia Anabel Santos is a writer, performance artist, producer, playwright, and activist. Santos has made monumental contributions to Afro-Latinidad studies with her extensive visual documentation of Afro-Latinx experiences and her work traveling to colleges and universities to facilitate dialogue around anti-Blackness. She is the founder of the New York City Latina Writer’s Group, which has since hosted workshops and the Sankofa Sisterhood Writers Retreat. She hosts the podcast, My Writer’s Life, and archives her thoughts through The AfroLatina show. 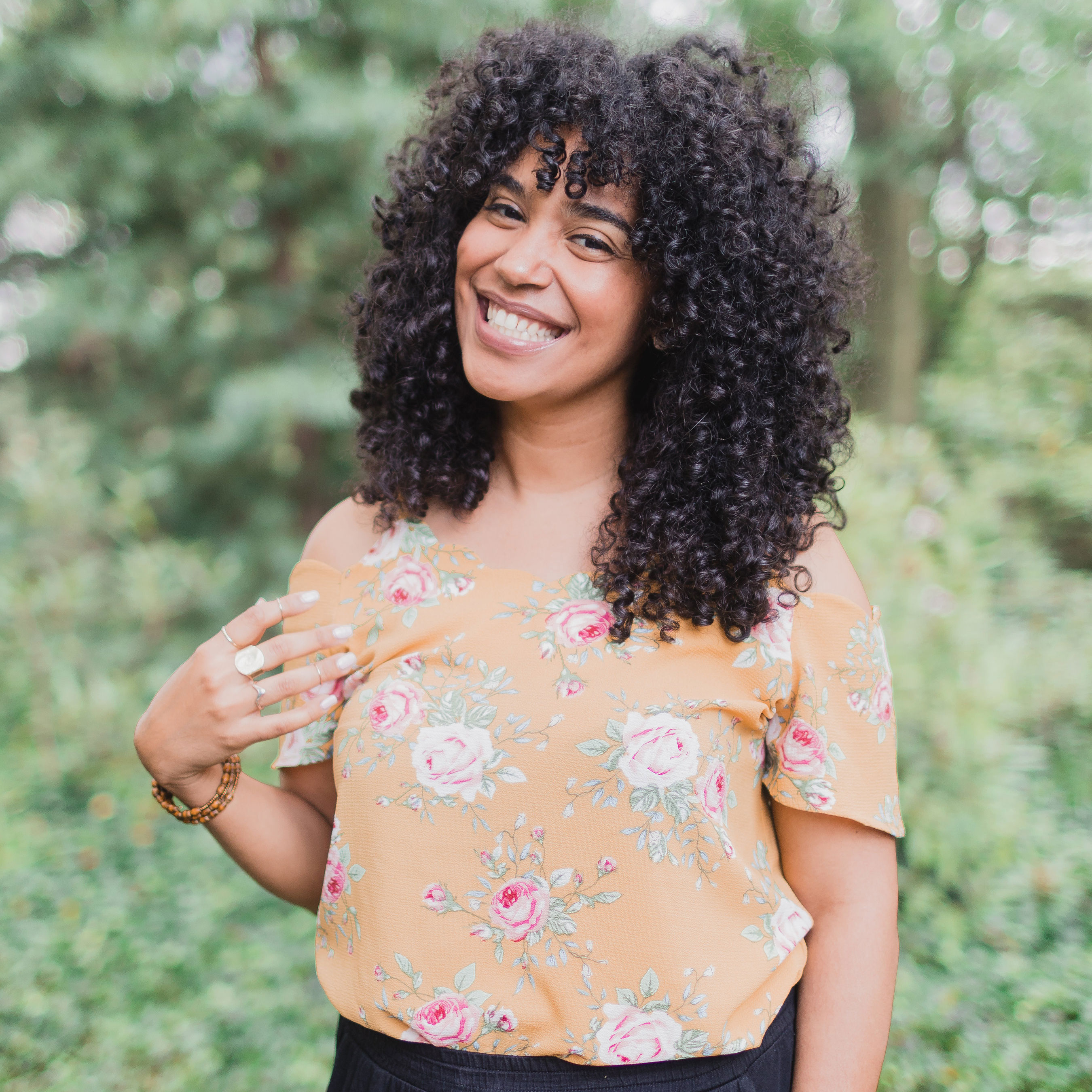 Spoken-word artist Elizabeth Acevedo’s poetry has struck a nerve. National Poetry Slam Champion, Acevedo is the author of The Poet X, winner of the 2018 National Book Award for Young People’s Literature, and her work illuminates issues like Afro-Latinidad, the politics of curly hair, and street harassment. Her forthcoming young-adult novel, With The Fire On High, will be released in May 2019. 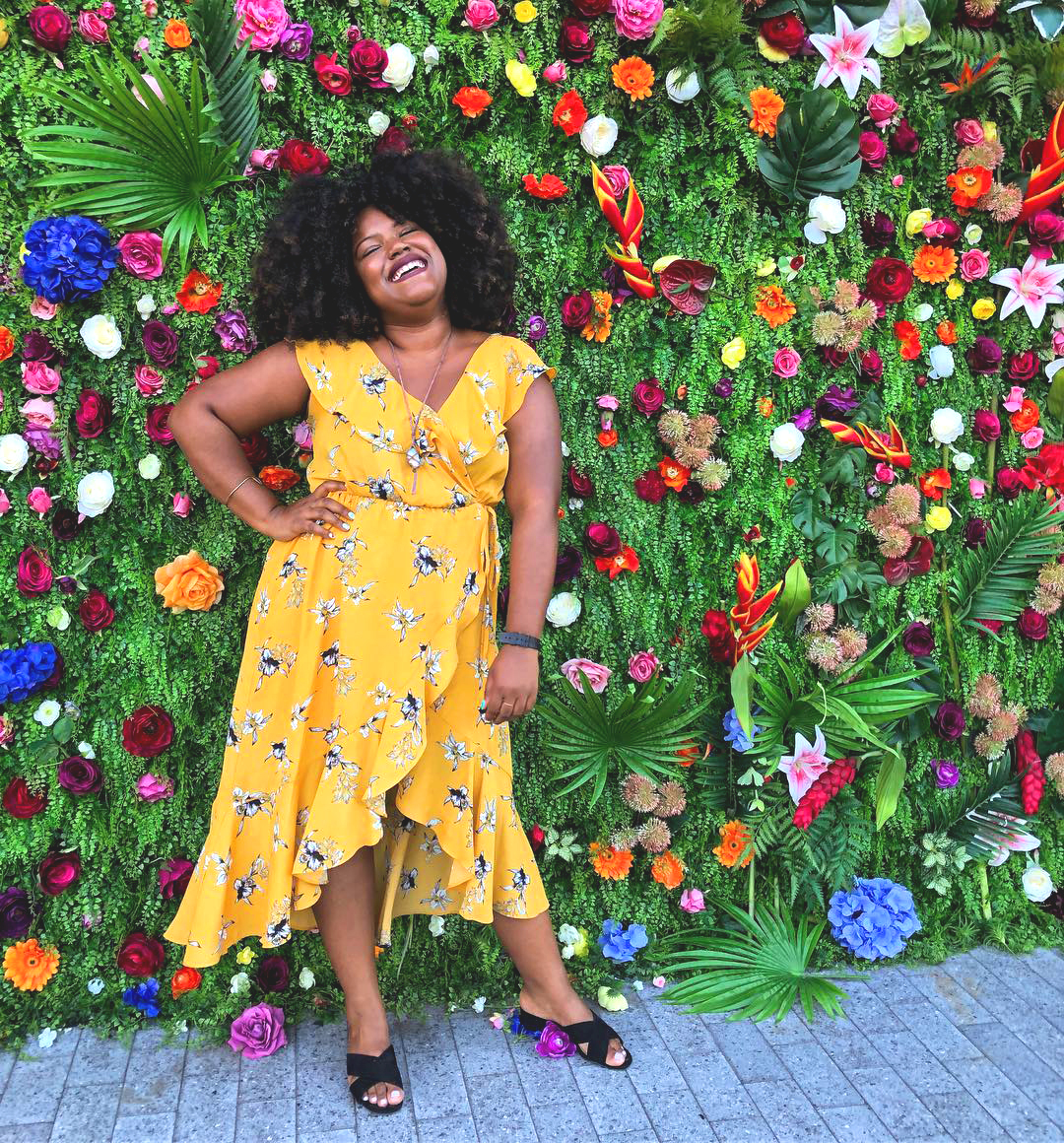 Entrepreneur, natural-hair advocate, and activist Carolina Contreras uses hair to celebrate Blackness in Dominican culture. Her personal journey to embrace her own curls motivated her to encourage other women of color to do the same. After going fully natural, Contreras hosted workshops and meet-ups for folks with natural hair, eventually leading her to open Santo Domingo’s Miss Rizos Salon—one of the first salons that catersg to the curly haired. 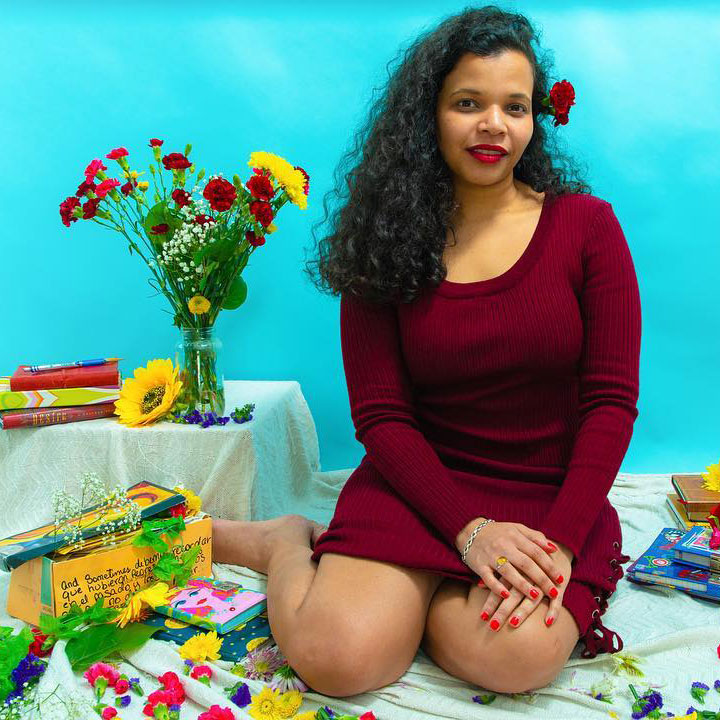 Amanda Alcantara writes on themes including Caribbean culture, womanhood, and Blackness. She is a cofounder of La Galería magazine, an online publication for Dominicans in the diaspora. At her blog Radical Latina, she delves into Dominican feminist theory and shares poetry. Her debut collection of work, Chula, will be published in March. 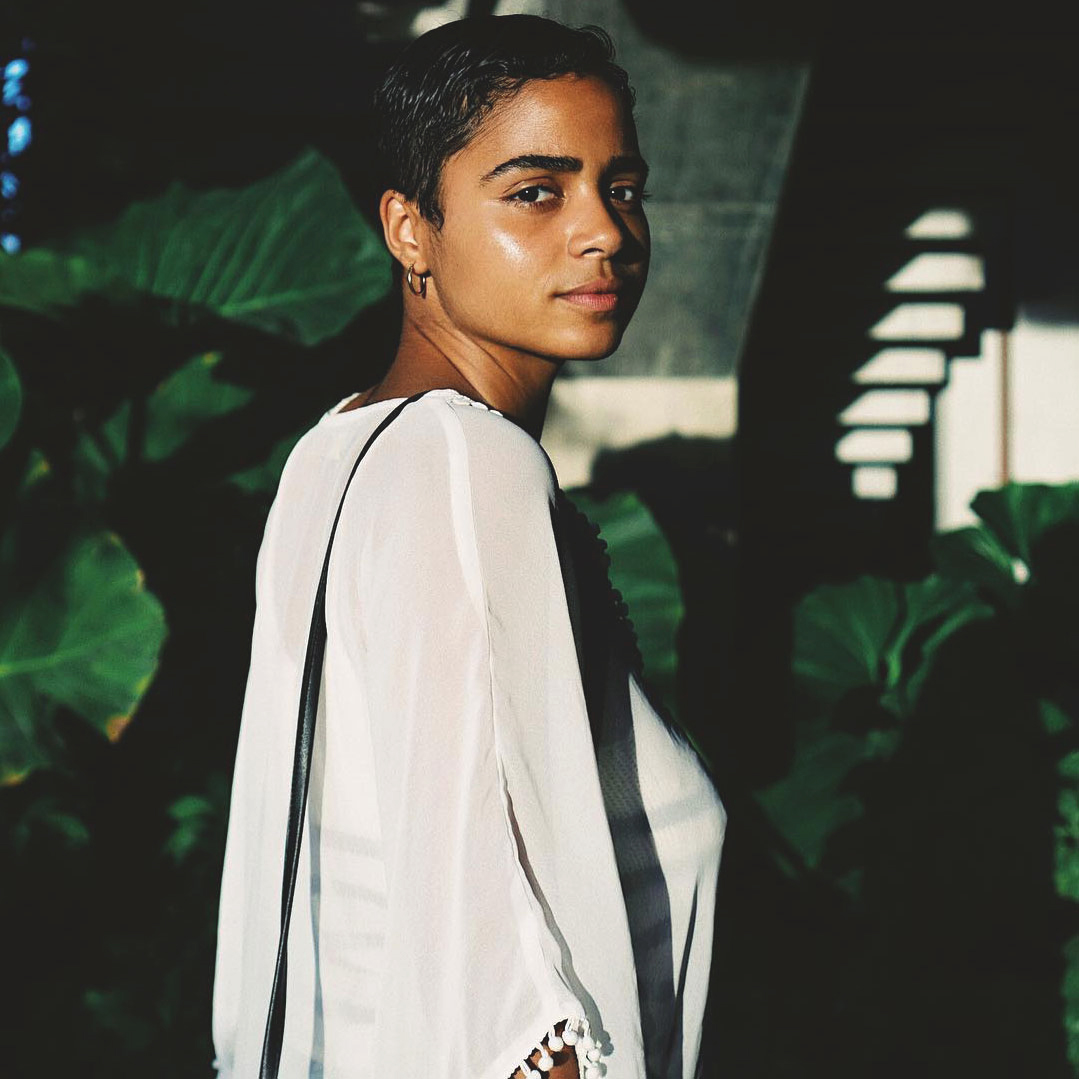 Raised between New York City and the Dominican Republic, Naiomy Guerrero is an art historian whose research focuses on contemporary Latinx artists based in the United States and their contributions to U.S. art history. Her work brings attention to issues of class, race, and access that impact representation of diverse artists and cultures. She is the first curatorial fellow of the Pérez Art Museum Miami’s Diversifying Art Museum Leadership Initiative. 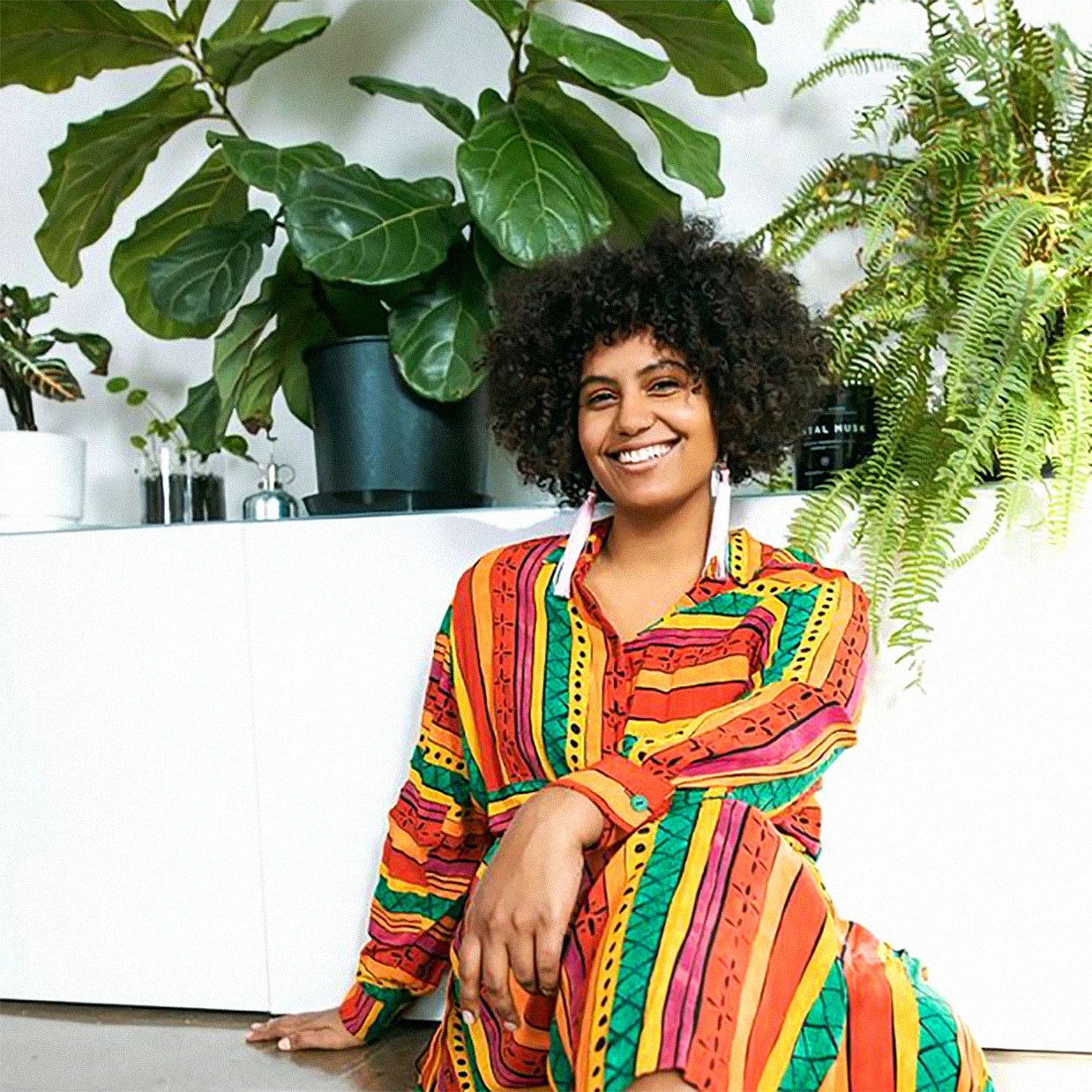 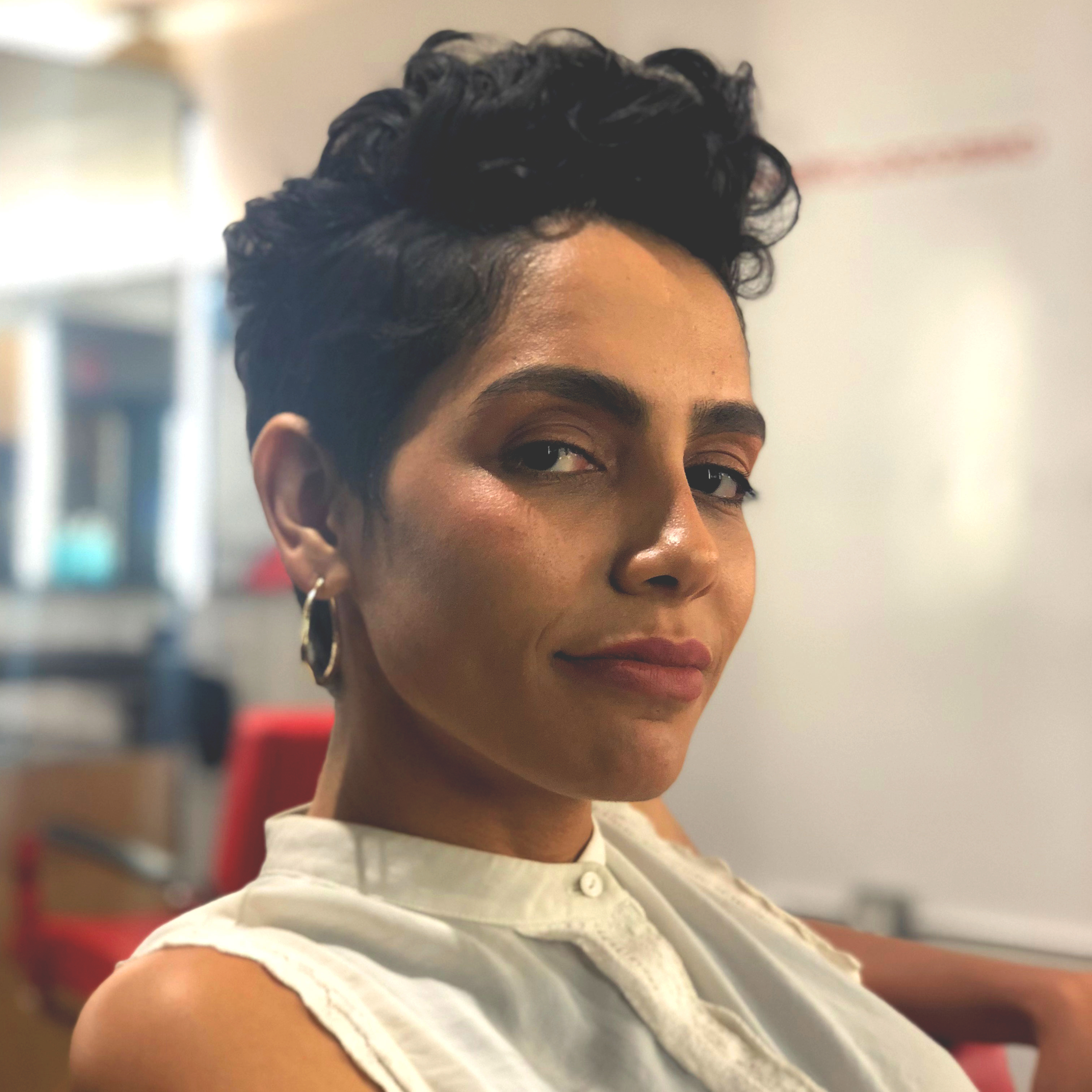 Arisleyda Dilone makes intimate films about hyperfemininity in Dominican culture and her own experiences as an intersex woman. Her 2015 short film Mami y Yo y Mi Gallito depicted the first conversation she had with her mother about her body. Dilone is currently working on a feature-length documentary titled This Body, Too, that records her journey to normalize her gender, her struggles presenting as a woman, and her experiences with surgical interventions and hormonal treatment. 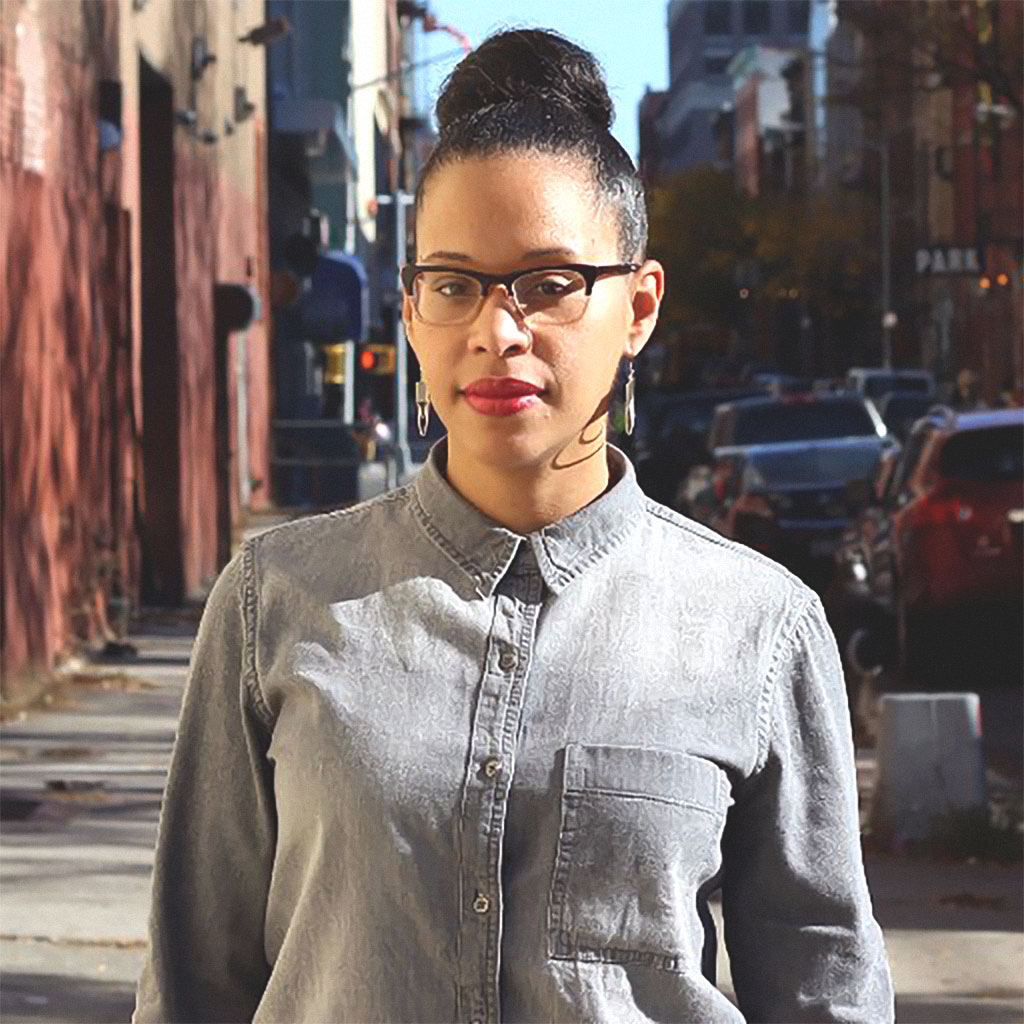 Loira Limbal is a filmmaker, activist, and DJ who directed and produced Estilo Hip Hop, a 2009 documentary about hip-hop activists from Brazil, Chile, and Cuba. She has spent the last decade combining arts and activism with a focus on women of color and building solidarity across communities. Limbal is currently working on Through the Night, a documentary about a 24-hour daycare center in the New York City suburb of New Rochelle. And as DJ Laylo, a resident of the Latinx collective A Party Called Rosie Perez, Limbal hosts monthly parties where you can dance the night away. 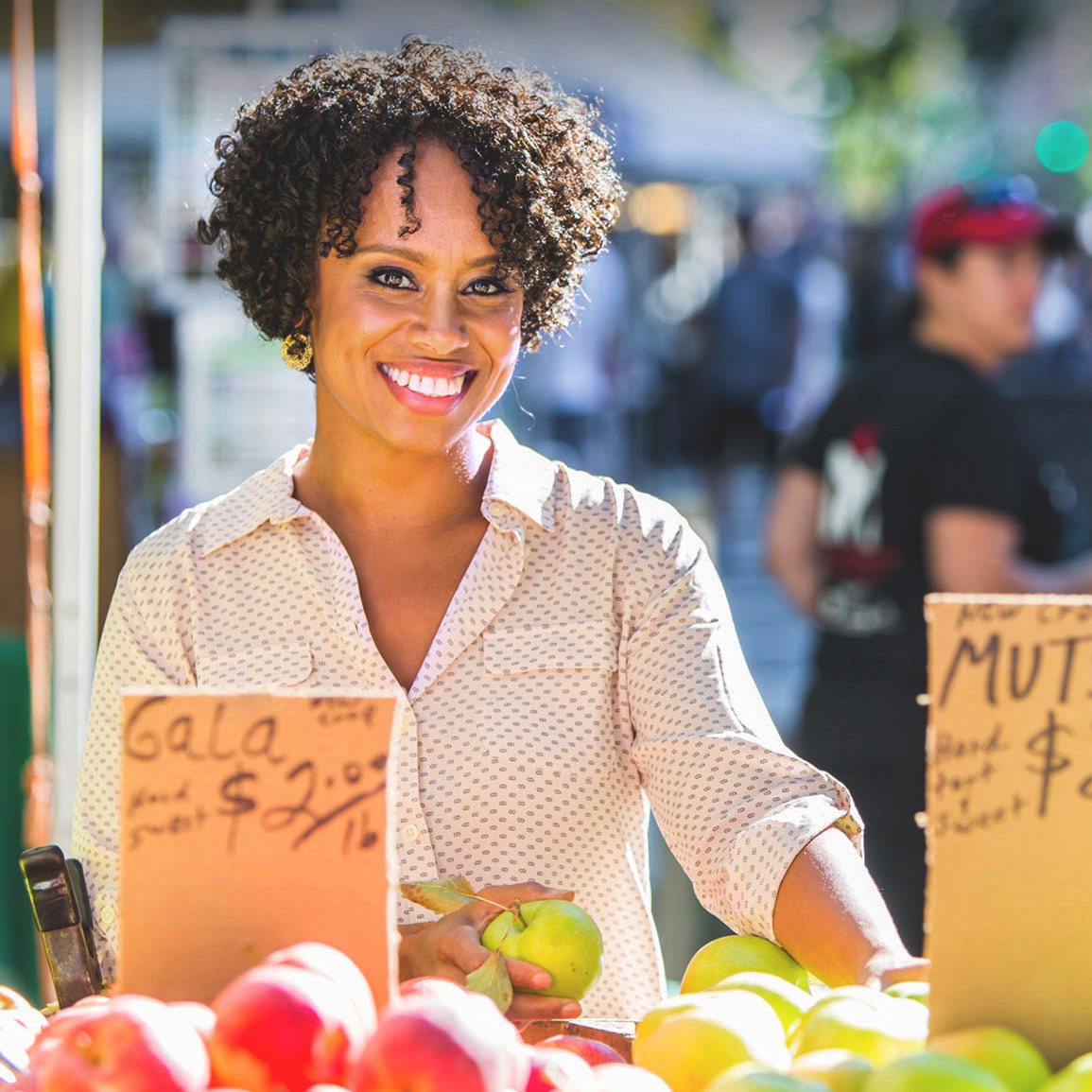 Eileen Z. Fuentes is an integrative cancer coach, speaker, and healthcare activist. When her own breast cancer went into remission, she began focusing on where and how the medical system fails patients, Latinas and African Americans in particular. Motivated to make change, Fuentes fills in those gaps with healthcare advocacy, literacy, and a sustainable approach to self-healthcare. 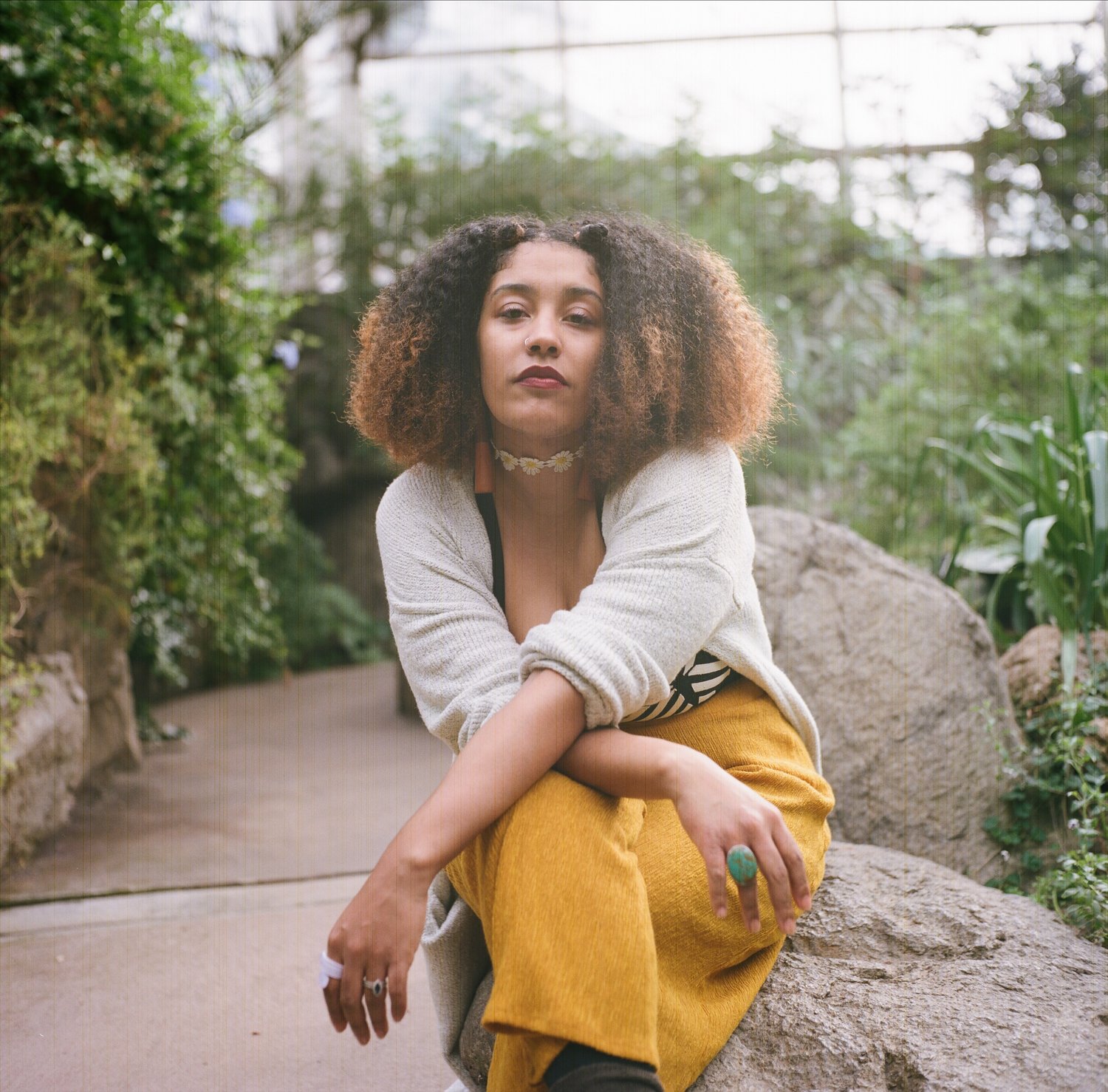 Suhaly Bautista-Carolina is an herbalist, artist, and community organizer. In 2018, she founded Moon Mother Apothecary, a line of homemade herbal products created under the influence of the moon and inspired by her ancestors and daughter. 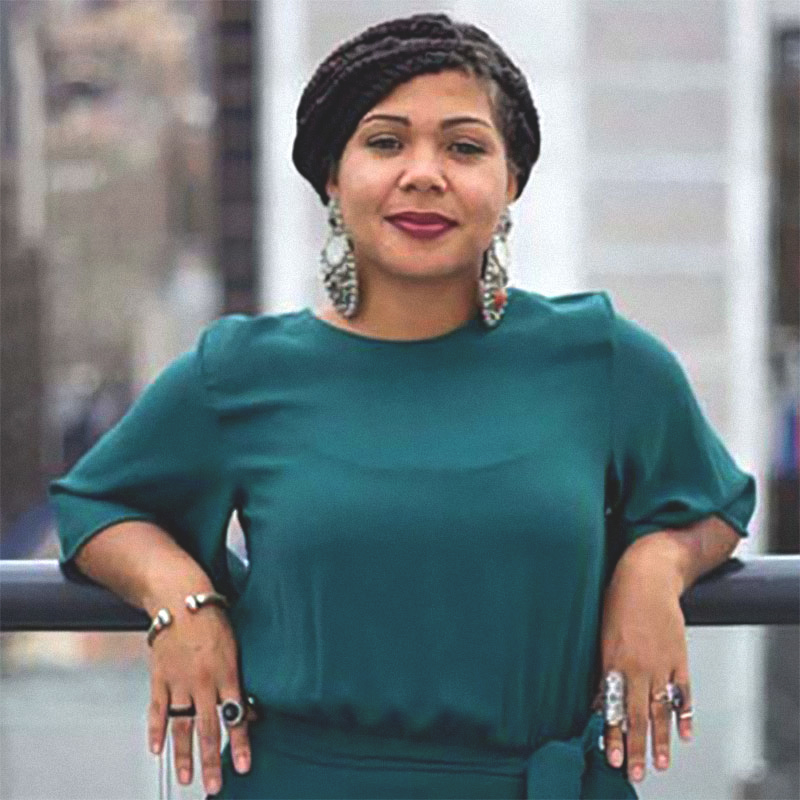 Claudia De La Cruz is an educator, community organizer, and theologian with more than 20 years of experience working with New York City communities. She is also the founder and executive director of Da Urban Butterflies, a group that works to empower young women, and the director of culture at the organizing incubator The People’s Forum. 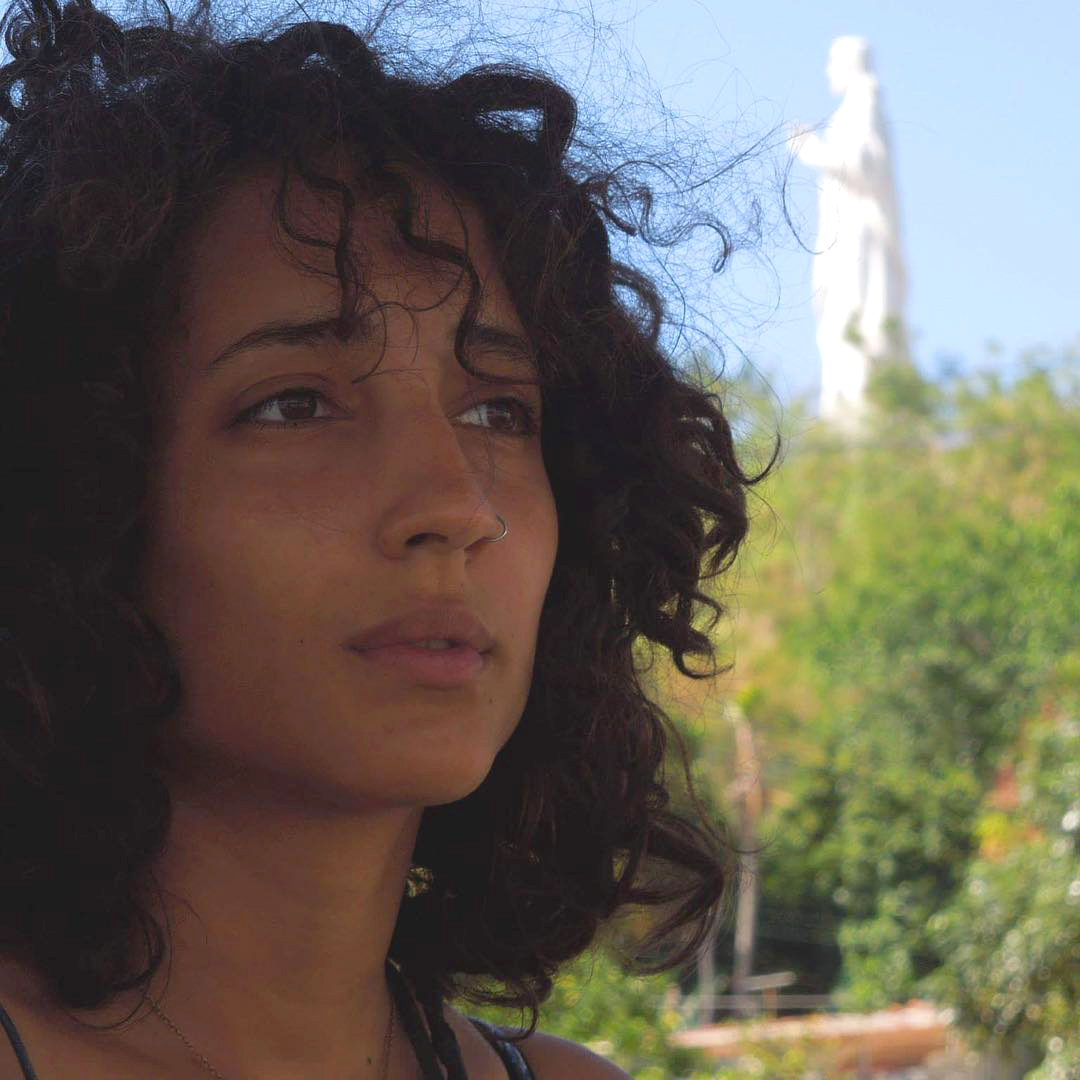 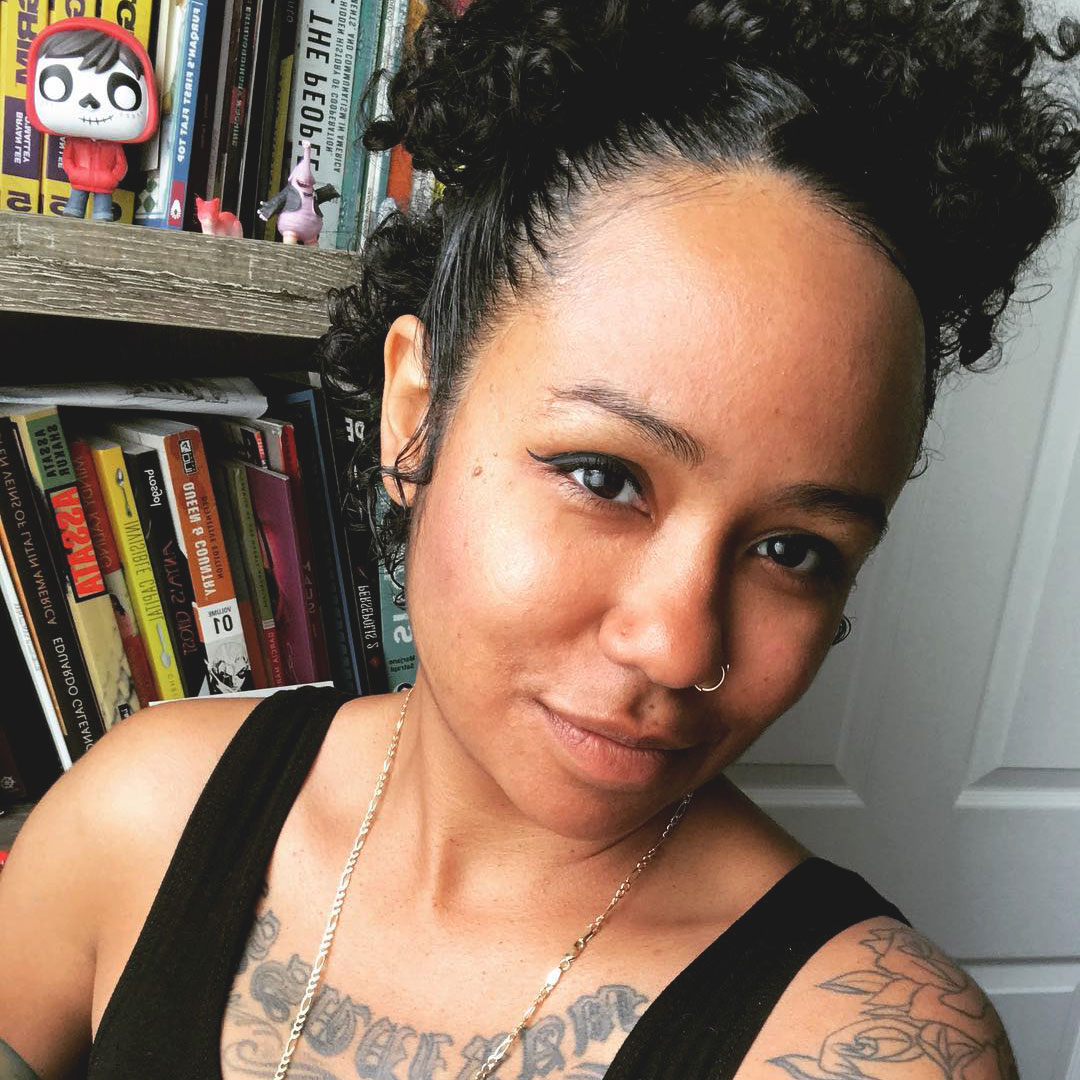 Sharon Lee De La Cruz is an artist and activist from New York City. Her thought-provoking pieces address a range of issues related to tech, social justice, sexuality, and race. De La Cruz’s work ranges from comics, graffiti, and public-art murals to more recent explorations in interactive sculptures, animation, and coding. As the assistant director of The StudioLab, a creative tech lab at Princeton University, De La Cruz is an advocate for bridging the accessibility gap in STEM education. 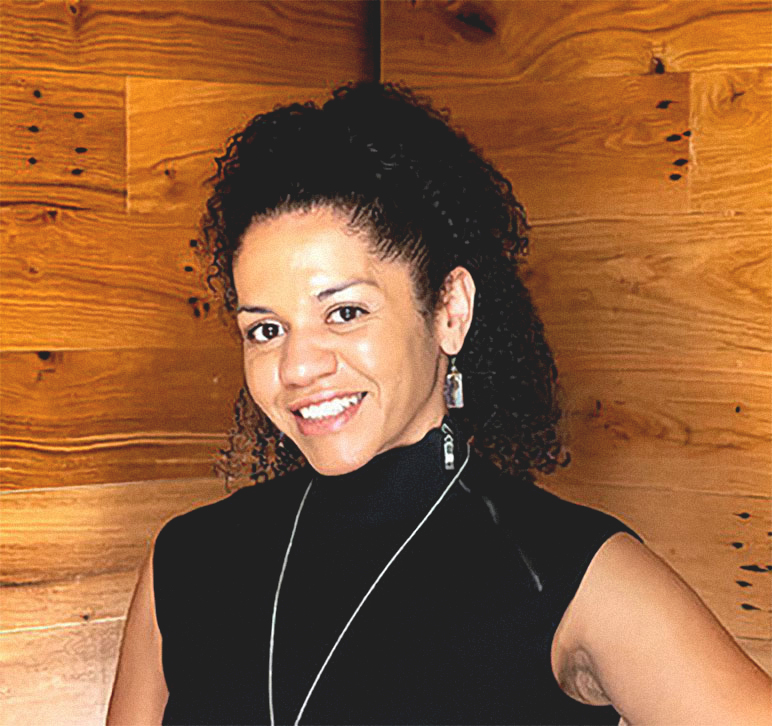 Manuela Arciniegas is an educator, cultural activist, musician, and scholar. She is the director and founder of Legacy Women, an all-women’s traditional ensemble that performs and teaches Afro-Caribbean music. Through workshops, they develop musicianship, self-esteem and cultural awareness in women and girls. 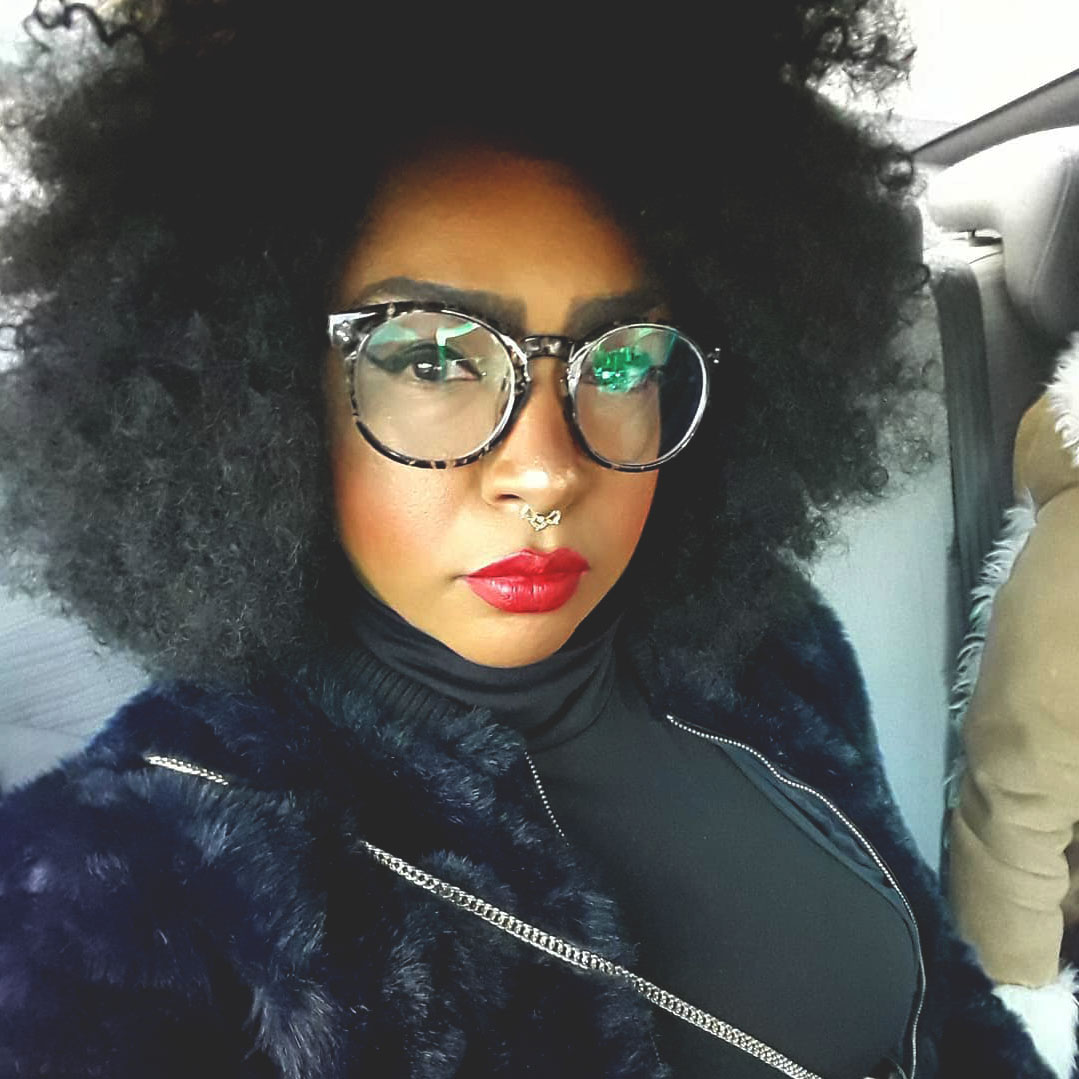 Zahira Kelly-Cabrera is an artist and critic who speaks out about anti-Blackness in Latino culture. Kelly-Cabrera’s visual art celebrates and highlights women of color while examining how beauty standards exclude Indigenous and Afro-descendant women. Kelly-Cabrera is the creator of the Twitter hashtag #MaybeHeDoesntHitYou/#QuizasNoTePegue, which highlighted gendered non-physical violence and its manifestation in everyday life.