In celebrating our 20th anniversary year, we here at Bitch have been reflecting on how pop culture has changed since our beginnings in 1996. Here’s a look at some of our favorite films of the past 20 years. You’ll find revenge-seeking girl gangs, bank robbers who are out for social justice, menstruating teenage werewolves, and candy-coated queer satire alongside documentaries about iconic artists and activists. All of these films feature women in stong, complex roles and/or were written and directed by women. Happy viewing! 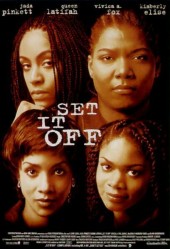 Billed as a heist thriller about four friends who rob banks together out of necessity, this film subverts genre expectations and offers a nuanced portrait into the lives of four Black women as they struggle with the expectations of family and relationships while navigating a variety of institutional injustices. Come for the classic rooftop pot-smoking scene, stay for the still-relevant analysis of the realities of an American economic system that continues to target and disenfranchise Black women. 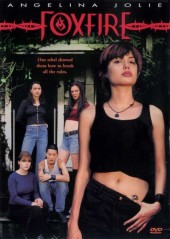 Annette Haywood-Carter’s Foxfire, an adaptation of Joyce Carol Oates’s novel, is notorious for helping to launch Angelina Jolie’s career but what stands out to us is the film’s engagement with the pervasiveness of rape culture before that phrase was a topic of cultural conversation. Unlike other films of the era that have an element of rape revenge fantasy, such asThelma and Louise, the girl gang at the heart of Foxfire is not out to avenge a single assault, rather they band together and push back against the many systemic elements of rape culture: catcalling, predatory male teachers, slut shaming, and the objectification of women. And frankly, they have a lot of fun doing it. 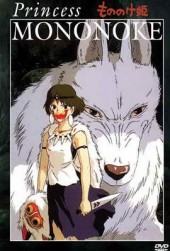 This epic historical fantasy anime film written and directed by Hayao Miyazaki combines truly stunning visuals with a compelling narrative about the ecological devastation brought on by human progress. Largely rendered in the classic pen-and-ink style of animation with occasional digital assists this movie is truly a pleasure to watch. In addition to its beauty, this film’s strength is derived from the deliberate choice to portray either its characters or arguments as black-and-white. There are no easy answers to be found here and we wouldn’t want it any other way 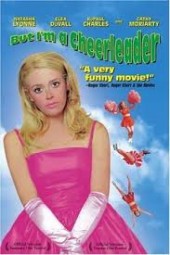 In this campy technicolor satire, 17-year-old Megan loves cheerleading but hates kissing her boyfriend. Her parents, troubled by this information along with her vegetarianism and Melissa Etheridge fangirling, ship Megan off to the ridiculously named True Directions camp for some good old fashioned five-step conversion therapy. There, she meets sullen-but-foxy fellow camper Graham. Shenanigans, and eventually true lesbian love, ensue. 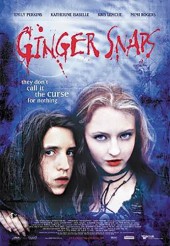 Lauded as the menstrual horror movie of your dreams, the feminist halloween cult classic is good viewing any time of year. When late-bloomer Ginger gets her first period on the night of a full moon, a werewolf bite changes her into that most fearful of creatures: the unapologetically sexual woman. In addition to really leaning in to the whole werewolf thing, Ginger fearlessly tears apart traditional gender roles and patriarchal limitations on female desire. 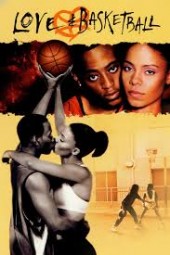 This fantastic film, written and directed by Gina Prince-Bythwood, is a thoughtful portrayal of romance between two childhood friends who follow separate career paths through high school, college, and finally professional basketball. There’s so much to love about this movie, especially the fact that Monica’s career and passion for the game is given at least as much, if not more, weight than Quincy’s. 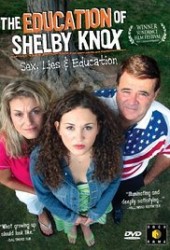 This documentary centers on Shelby Knox, a teenage girl who initially agrees with the strict, traditional views of her Christian community when it comes to sexuality’s place in school. But as she investigates the debate surrounding sex ed and public education, Knox begins to question the deep-seated beliefs she was brought up with, leading to intense conflict with her family as well as a compelling journey of self-discovery. 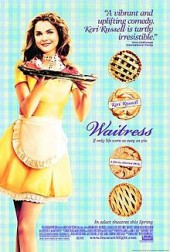 Actress Adrienne Shelly co-wrote, directed, and co-starred in this absolute charmer of a film. Keri Russell shines as the titular waitress with a talent for baking unusual pies inspired by the often-frustrating circumstances of her own life (we’ll take a slice of I-Don’t-Want-Earl’s Baby pie à la mode, thanks!). Regrettably, Shelly’s first film was also her last which makes this movie especially bittersweet. 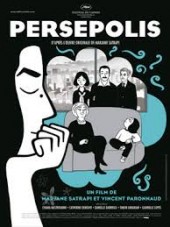 This animated adaptation of Marjane Satrapi’s autobiographical comic is a true gem with spare black-and-white imagery that is both visually stunning and emotionally resonant. We root for young Marjane as she comes of age in the midst of war and fascism, fighting back against the oppressive “social guardians” and delighting equally in ABBA and Iron Maiden despite the constant threat of government persecution and the horrors of the Iran/Iraq war.

This 2013 documentary about feminist icon Kathleen Hanna uses 20 years of archival footage and interviews to provide a thorough and fascinating overview of Hanna’s incredible, influential career. Hanna stepped back from performing in 2005 and the film’s investigation of her absence takes us away from the entertainment world and into a thoughtful discussion of invisible illness when it is revealed that Hanna suffers from Lyme disease. The movie is not only a vibrant and compelling portrait of Hanna and her work, it’s also a crucial historical document of a key movement in feminist art. 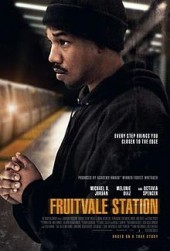 This film follows the true story of 22-year-old Bay Area resident Oscar Grant, dramatizing the last day of his life. Grant wakes up on December 31, 2008 determined to get a head start on his resolutions for the new year. The strong attention to detail and setting contributes to both the beauty and the terror of the film. We watch Grant brush his teeth, play with his daughter, and pick out a birthday card for his mother in scenes that capture the ordinary concerns and frustrations of a young man trying to do his best, haunted by our own knowledge of his impending murder at the hands of police. 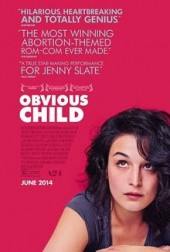 Billed as a “rom-com about abortion,” Gillian Robespierre’s debut full-length film accomplishes much more than that catchy summary implies. In addition to the movie’s realistic and refreshingly shame-free portrayal of the oft-maligned but very routine medical procedure, our reviewer points our that what really makes Obvious Child stand out is its mission to center the messier character with the best jokes (who is usually relegated to the role of “sassy best friend”) as the star of a romantic comedy. 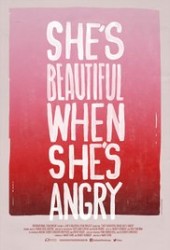 Combining meticulous research with a treasure trove of archival footage and interviews, this documentary offers a glimpse into the women’s movement of 1966-1973. This vibrant and compelling survey of the second wave provides perspective on where the movement both intersected and conflicted with other progressive causes of the time. 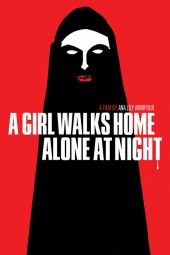 In the Iranian ghost-town Bad City, a lonely skateboarding vampire known only as “the girl” listens to music and preys on bad men. How can you resist a movie that calls itself “the first Iranian vampire western”? 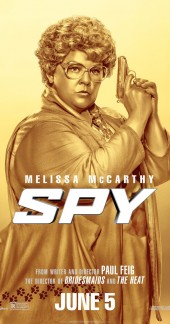 This clever spoof of James Bond style spy movies is worthy of Melissa McCarthy’s genius, reminding viewers that her range goes well-beyond physical comedy. With an excellent cast and just the right amount of over-the-top one-liners, Spy is much better than the trailer lets on. As our reviewer put it “Not only does this movie foreground a woman busting out of her assigned role and kicking ass, it also highlights an awesome female friendship.” What’s not to love about that? 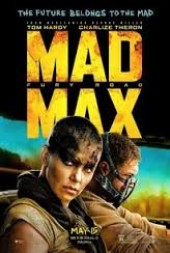 The link between the exploitation of women’s bodies and the exploitation of the earth’s resources is the cornerstone of ecofeminist philosophy and, surprisingly, the narrative engine of this big budget Hollywood action film. The first in a string of woman-centered reboots of traditionally male movie franchises, this movie not only reduced fragile MRAs to tears but also gave the classic tale a much-needed plot update in which the women, led by the legendary Furiosa, rescue themselves. The fact that Max comes to believe in their cause and fight alongside them, is largely beside the point. 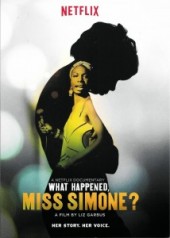 Featured on our list of documentaries to watch in honor of Women’s History Month, in this Oscar-nominated film, we get to see Nina Simone’s life story from her upbringing in the Jim Crow South to her eventual self-exile to Liberia and France, through rare archival footage of performances and interviews. The political and artistic reverberations from Simone’s music can still be felt to this day and this film offers insight into where it all came from. 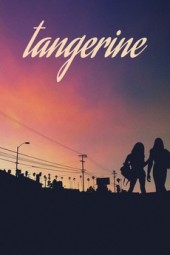 Shot entirely on iPhones and a featuring trans protagonists played by trans actresses, Tangerine gleefully smashes Hollywood convention from the start. But at the heart of this very modern movie is an old-fashioned caper-style comedy that doesn’t shy away from quieter, more contemplative moments. 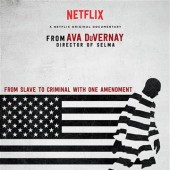 This documentary by the inimitable Ava DuVernay takes an intellectually rigorous and emotionally searing look at the American prison system and the historical and economic forces that have so thoroughly institutionalized racism in this country. Focusing on the 13th amendment, which outlawed slavery while leaving a significant loophole in place, allowing slavery to be used as punishment for crime, DuVernay examines how this clause was abused in the immediate aftermath of the Civil War and makes the case that that abuse continues in the present day. 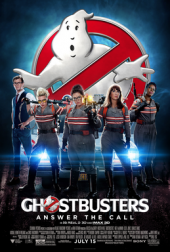 Another woman-centered reboot that left misogynists everywhere crying about the desecration of their boyhood nostalgia while anyone with sense was busy falling in love with Kate McKinnon and cheering as this all-lady ghostbusting crew kicked supernatural MRA ass and had a great time doing it. 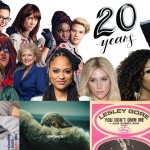 by Dahlia Balcazar
We asked the Bitch community to tell us about a pop culture moment that sparked or reignited their feminism.