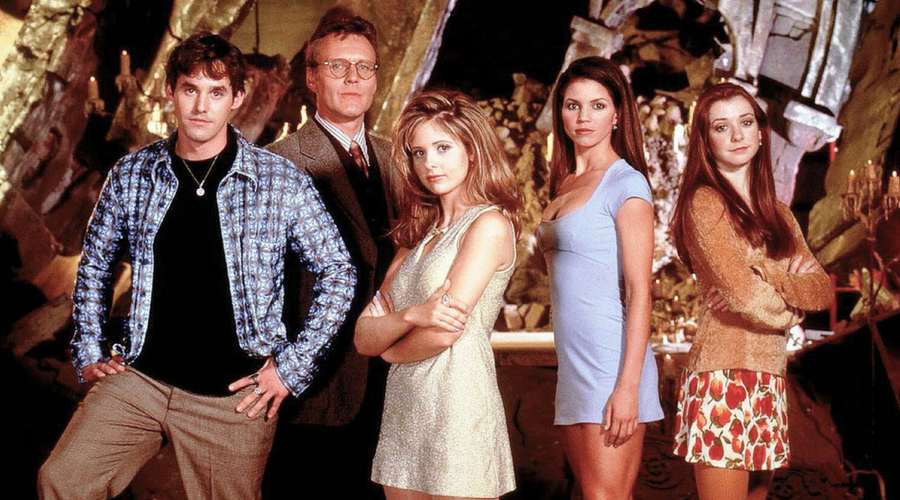 In honor of the 20th anniversary of Buffy the Vampire Slayer, Bitch is featuring three writers offering their perspective on how Buffy impacted their feminism and perspectives. It’s our tribute to the show that taught a generation to slay the monsters, embrace their dark complexities, and find their superhero strength.

Growing up, my mom raised my younger brother and me on horror and sci-fi. She still insists she did this so we wouldn’t be afraid of things, but I’m convinced she really just wanted to watch her shows and movies without worrying about whether or not we were around. I grew up watching films like the A Nightmare on Elm Street and Child’s Play franchises, films adapted from Stephen King’s work, and Tales from the Hood. I ingested television shows like the Star Trek franchise, The X-Files, Sliders, and Unsolved Mysteries. (The music from that last one still creeps you out, doesn’t it?) I think these stories did help to make us fearless. Regardless, they have been great for me as a creative person.

So it’s no surprise that I eventually gravitated toward Buffy the Vampire Slayer, which premiered 20 years ago today, on March 10, 1997. I’ve written at length about the harmful, long-term effects of consuming so much white-centered media as a Black girl living in a white supremacist society. Nevertheless, Buffy had a tremendous impact on my creative imagination and my ideas about the limits (or lack thereof) to what is possible in storytelling. As problematically white as Buffy was, I’ve never been more passionate about a television show, as a Black consumer of media, as I am about this show. On the one hand, it highlights the necessity of friendships for survival in this hard, dangerous world, something that resonates with me now more than ever as a multiply disabled, fat, poor, bisexual Black woman. It reminds me of the power of continuing to fight, both for my own individual survival and for the world in which I wish to live. On the other hand, people of color (and fat people and disabled people) barely exist in Joss Whedon’s vampire-infested world, and erasing us from narratives helps erase us from society.

My viewing of Buffy during its original run was spotty. It was on the air from the time I was 10 years old until I was 16. I watched the first two seasons, missed seasons three and four, returned to the show in the middle of season five, and watched until about the middle of season six. Despite my inconsistency, the show became an integral part of my creative foundation and experience. The way I imagined superheroes, the creation of worlds, and storytelling were forever influenced by Joss Whedon’s premier work. As a writer/storyteller, I realized that the possibilities of where a story can go are endless—and that a story can be told in a way that’s innovative, thoughtful, and compelling without taking itself (too) seriously. Storytelling is more than creating an interesting character or a captivating plot. It’s about creating a set of rules. It’s about creating a world/universe. It’s about creating a reality, one that’s both within and beyond our own. 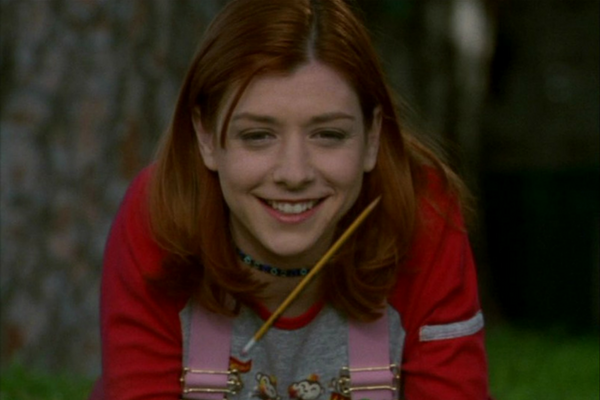 I grew up in the Black church. The idea of magic wasn’t just taboo; it was considered demonic. I’m grateful I didn’t grow up in a family that forbade consumption of “worldly” media, but admonishments against entertaining the “spirit of witchcraft” (which was pretty broadly defined) weren’t uncommon in the places of worship we attended. And there were never any attempts within my familial circle to counteract that narrative.

So, it wasn’t until I decided to revisit the series in the beginning of 2014 that I began to understand the power of magic, both as a literary device and as a symbol that hearkens back—for many of us—to belief systems, modes of living, and even politics that predate colonialism, imperialism, and the decimation of entire cultures and religions.

It is through magic that Willow begins to truly tap into an energy that, while beyond her own mortal power, is still connected to who she is as a human being. It connects her not only to other witches around the world, but to witches and other benevolent powers that have come before her. It’s through magic that Willow gains an unparalleled confidence and power that eventually rivals even Buffy Summers’s own superhero nature. When brute strength and even brains fail (as they often do), it is magic that saves the Scoobies time and time again. The seventh and final season would have seen the utter defeat of the gang and the destruction of the entire world without magic to amplify what the group, as a whole, was able to accomplish through physical prowess and clever planning.

Witchcraft and magic are traditionally associated with marginalized genders: the oppression we face, our unique abilities, and our essential contributions to cultures pre-Christianization. It makes sense, then, that a show deliberately rooted in the empowerment of young (white, cis, abled) women would rely heavily (but not to a fault) on magic as a mostly positive force in the world, imbued with the power to save, heal, and reveal important aspects of our humanity. As the worldwide call to cast a spell on Donald Trump indicates, witches aren’t going anywhere. And I think that’s an empowering thing. You can kill a witch, but witches can’t be killed. And neither can the rest of us.

My editor suggested that I give a more personal closing to this piece, perhaps one that imagines me “post-Buffy.” The truth, though, is that I’ll never be “post-Buffy.” I turn 30 tomorrow; Buffy has existed for exactly two-thirds of my life. In that time, I graduated from high school, came out as bisexual, went on my first dates, had sex for the first time (and a few times after that), received my bachelor’s degree, made and lost friends (to time, to differences, to death), became disabled, realized writing is my true calling and screenwriting is my true dream, and, as this essay suggests, examined (and reexamined) my relationships to faith, religion, spirituality, and afterlife. Through all of that, Buffy has remained with me in some way, even when I wasn’t watching.

As I embark on the next chapter of my life, I’m noticing the emergence of a burning desire to be unconventional—in the path to my career goals and in my faith. Unconventionality is a hallmark of both witchcraft and Buffy. Like Willow, I continue to grow; I’m approaching the next level of my innate abilities and talents. My hope is that, like her, in the end, I will achieve goddess status. 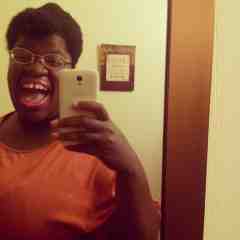 New-York based social justice warrior Denarii (rhymes with “canary”) Monroe is a screenwriter, freelance writer, and a long time activist. A Rutgers University alum and a two-year Pace University dropout, she studied English and Adolescent Education, respectively. Denarii is a non-fiction editor at The Deaf Poets Society, an online journal of D/deaf and disabled literature and art. She’s a board member of and blog editor for the Bisexual Resource Center. She’s written for Black Girl Dangerous, The Development Set, Brooklyn Magazine, and Everyday Feminism, among others. Find her on Facebook, Twitter, and Instagram. Selfies, pictures of her dog named Dog and her cat named Cat, ranting about racist, ableist, classist, fat antagonistic heteropatriarchary. She loves Buffy the Vampire Slayer, soul food, red wine, cooking/baking, and the blues. Hanson is her favorite band (yes, that Hanson). She’s Black AF. Denarii’s blog is at Medium; her portfolio is on Contently.