The 2020 Emmys Made Minor Progress on Inclusion | Bitch Media

Point/Counterpoint: The Emmys Made Minor Progress on Inclusion 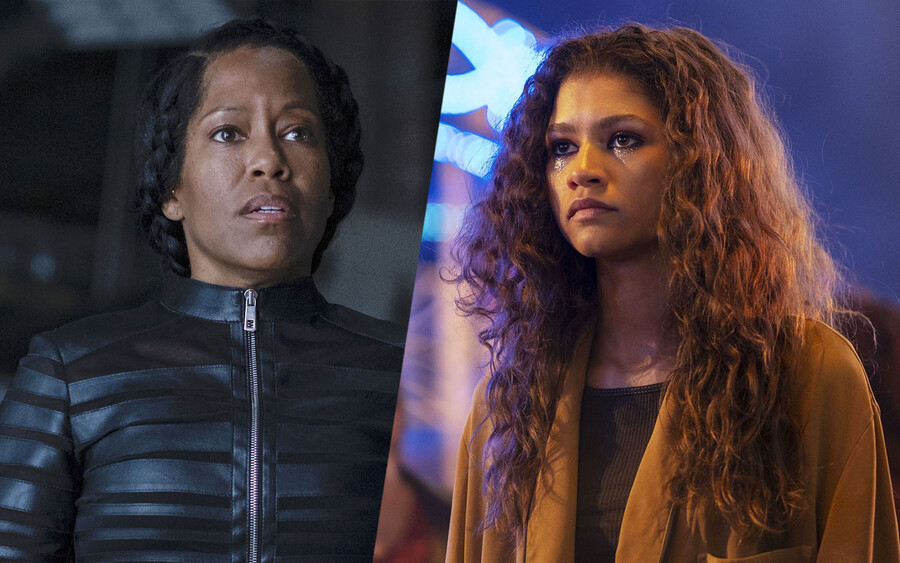 The 72nd annual Emmys ceremony aired on September 20 to its lowest rating ever. Host Jimmy Kimmel and the team behind the ceremony did their best considering our new world of virtual-everything, and the Television Academy did achieve something small: minor progress on inclusion. But we’re hesitant to celebrate given what we know about Emmys history. For example, the 2018 Emmys were called the “most diverse Emmys in history,” but the following year, most of the nominees were once again white and male. As always, inclusion exists on a pendulum for Hollywood that allows them to pat themselves on the back before reverting to the status quo.

So we’re not going all in on celebrating this year’s diverse pool of nominees and winners because we know there’s a high likelihood that the Emmys will return to its usual whitewashed norms in 2021. With that in mind, we’re breaking down what the Emmys did well and examining what Sunday night’s wins illustrate about whiteness during our past and current awards season.

Point: Zendaya made history with her Outstanding Lead Actress in a Drama win.

Zendaya, who began her career on a Disney Channel sitcom, earned this award for playing Rue on HBO’s hit series Euphoria. The stacked category found the 24-year-old actor competing against talented veterans, including Jennifer Aniston, Jodie Comer, and Sandra Oh, but it was difficult to deny Zendaya’s deft portrayal of a complicated protagonist battling addiction. She’s now the youngest woman to be nominated for and win this award.

Counterpoint: Zendaya’s only the second Black actor to ever win this award.

Somehow—racism, anti-Blackness, and misogyny, anyone?—Zendaya is only the second Black actor to be awarded the Emmy for Outstanding Lead Actress in Drama. In 2015, Viola Davis became the first Black woman to be awarded this Emmy for playing Annalise Keating on How to Get Away with Murder. “You cannot win an Emmy for roles that are simply not there,” Davis said during her powerful acceptance speech. “The only thing that separates women of color from anyone else is opportunity.” Davis’s speech still resounds five years later, even as Zendaya makes history.

Point: Watchmen racked up a number of well-deserved awards.

HBO’s Watchmen, which is adapted from a comic, received critical acclaim for facing racism, police brutality, and white supremacy head on and bringing much-needed attention to the 1921 Tulsa race massacre. After receiving a whopping 26 nominations, Watchmen solidified its place in TV history with wins across the board: The series was awarded an Emmy for Outstanding Limited Series. Regina King, who played protagonist Angela Abar a.k.a. Sister Knight, won the Emmy for Outstanding Lead Actress in a Limited Series or TV Movie. It’s King’s fourth Emmy in five years, and she’s now tied the record for most Emmys won by a Black actor. Yahya Abdul-Mateen II, who played Cal Abar and Dr. Manhattan, also won for Supporting Actor in a Limited Series or Movie.

Counterpoint: There’s no guarantee that Watchmen will have a long-term impact on what series Hollywood chooses to greenlight.

We know this pattern well now: a Black-led series or film is awarded and then voting academies ensure the next pool of nominees are as white and male as previous years. We’re hopeful that Watchmen being recognized will encourage voting bodies to recognize the long list of Black actors and Black series that deserve support and recognition.

Since 2015, Canadian sitcom Schitt’s Creek has been bringing a small audience immeasurable joy, but when Netflix began licensing the series, it became even more deeply beloved. And the audience fell even more with the show once the it introduced its gay love story between David Rose (series cocreator Daniel Levy) and Patrick Brewer (Noah Reid). There’s no surprise, then, that the show garnered 15 Emmy nominations in its final season and became the first series to sweep the comedy categories, including Outstanding Comedy Series, Outstanding Directing for a Comedy Series, and Outstanding Lead Actor in a Comedy Series. Catherine O’Hara even became the second-oldest woman to win an Outstanding Lead Actress in a Comedy Series Emmy for her portrayal of never-awarded actor Moira Rose.

Counterpoint: Nearly all of the nominees in the Outstanding Writing for a Comedy Series category were men.

Though Schitt’s Creek deserved all of its nominations and wins, including its Emmy for Outstanding Writing for a Comedy Series, the category itself was dominated by men. Stefani Robinson, who is an executive producer on FX’s What We Do In the Shadows, was the only woman nominated in the category. In fact, only eight of the 24 writers nominated across writing categories were women.

Read this Next: Does Representation Still Matter at the Golden Globes?: A Point/Counterpoint 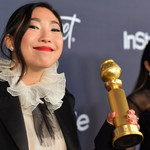 by Evette Dionne
Though the Golden Globes made progress around inclusion in 2019, it still has major issues with diversity.

Beyond the Closet Door