Ones to Watch | Bitch Media

Ones to Watch5 African Webseries Created by Black Feminists

The women in my life have always been storytellers.

My nkgono—my grandmother—assures me that the tradition of telling stories has been in our blood for countless generations. I see it in the stories she narrated to my sister and me as children, tales like “Tselane,” a Sotho/Tswana fairytale about a little girl who uses her wits to outsmart an evil giant.

In the story, Ledimo the giant tries to steal little Tselane from her home while her mother is out harvesting food. But, remembering her mother’s warnings and trusting her own intuition, Tselane eventually thwarts Ledimo’s efforts. In the way of folktales, stories such as “Tselane” were ways of communicating profound life lessons by weaving elements such as song, language, myth, and culture into seamless tales. And because so many of our grandmothers and guardians told us these stories, they also functioned as a way to connect us to each other.

I see the spirit of “Tselane” and other stories in the magical minds of young Black South African creators who are dipping into our histories, cultures, and languages to tell new stories that connect us to each other in exciting and innovative ways—specifically, via the interconnectivity of the web.

One such creator is Buhle Ngaba. Ngaba and her amazing team are the brains behind The Girl Without a Sound, a fairytale for a new generation of Black girls. Published first as an e-book, The Girl Without a Sound arose from an idea —“Why don’t we create a book that empowers young Black girls?”—and grew into a gorgeous multimedia project that flourished through the creative use of social media and community support.

There is an explosion of imaginative and insightful Black feminist voices coloring the web, and The Girl Without A Sound is just one example of the evolving legacy of Black feminist storytelling. I also see the spirit of our grandmothers’ folktales in a new generation of imaginative storytellers using the medium of the web series. Episodes of an ever-growing array of such series are shared in Facebook discussion groups, tweeted and retweeted on thousands of timelines, and reviewed on blogs within hours of their release—reaching more and more people than a spoken story ever could while generating lively discussion and response.

This new generation is telling stories not only to connect us to each other, but also to ask profound questions of the past, interrogate the present, and share radical imaginings of a future in which Black girls are magical, safe, protected, and valued. And just as Tselane used her intuitive inventiveness against Ledimo, these Black feminist storytellers are using the web to tackle their own giants—in all their racist, sexist, transmisogynist, and homophobic forms. Here are five of my favorites: 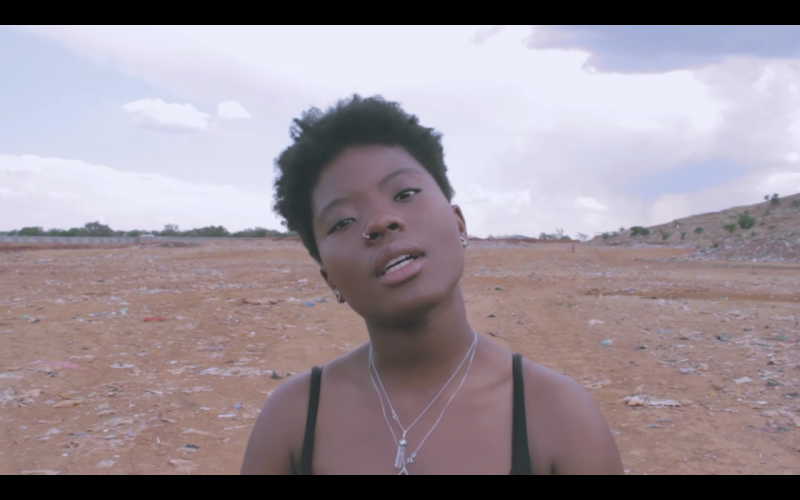 From the uber-cool mind of young feminist filmmaker Galerekwe Maimane comes totamma, a documentary webseries that seeks to archive and explore aspects of Black South African cultural identity through candid conversations with women. Featuring slick electronic music and soft, relaxed images, totamma consists of four short films, each contrasting the voices of older Black women (in segments entitled “then”) with the thoughts and opinions of younger Black women (“now”). The result is a fascinating, intergenerational call and response that brings complex relationships between past and present—as well as tensions between tradition and modernity—to light.

Episode two (“then”): In this episode, Maimane interviews Sepati Maimane (her mother), an older MoTswana woman who talks about various traditional and cultural customs practiced by BaTswana people. With dry humor, Sepati jokes about “white people things” one moment and schools us on indigenous plant remedies the next.

“Honestly, I didn’t care about Blackness; I went through enough indie bands and art-house films to make myself believe I was [okay with] institutionalized racism. I convinced myself that I was above it, ‘cause I was young and free and arty and shit. I was wrong.” —Galerekwe Maimane, episode three (“now”). 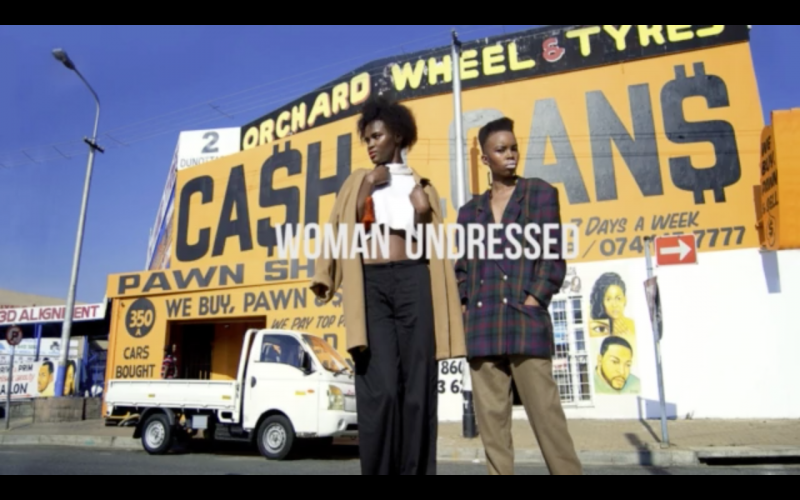 In the first (and so far, the only) episode, one of the women interviewed asks, “Who decides what is African? Or even what is feminine?” This is the central question in this slick, talking head–style offering, and the women involved engage with it compellingly. Women Undressed argues that African traditions and cultures are fluid and should be challenged frequently—especially when elements of such cultures contribute to our oppression.

Episode 1: Black African Woman: Even though this is the first and only episode so far, I really enjoyed the music, production, and multiple viewpoints presented by each of the women interviewed. Definitely looking forward to more.

“The world is not designed in a way that allows for Black women to stand up straight.” —Lihle Asante Ngcobozi, expanding on African-American writer Melissa Harris-Perry’s concept of the world as a “crooked room.” 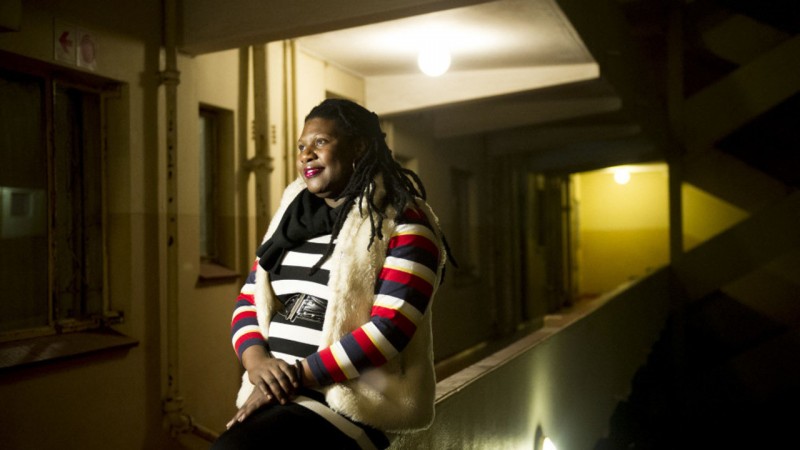 Not technically a web series, Rural Trans Lives is a powerful multimedia project that combines video, podcasts, photojournalism, and testimonies to delve into the lives of transgender people living in rural areas in South Africa. Originally published in the Mail & Guardian, Rural Trans Lives combines reporting by Mosibudi Ratlebjane, a Rosa Luxemburg Foundation social justice fellow, with photography by Delwyn Verasamy and videography by Sebabatso Mosamo. What emerges is a multidimensional glimpse into both the challenges and the resilience evident in the lives of South African trans people.

“My body is a battleground”: In the video component of the project, various trans people speak about their realities. There’s a particularly powerful moment when Phiwe Ncengi—a trans woman living in the Eastern Cape province of South Africa in a town called King William’s Town—introduces her boyfriend. She goes on to say: “He didn’t know I was trans. And when he found out, he said, ‘It doesn’t change anything.’”

“I started Rural Trans Love because I felt that it is important that we have our own space. Because even though I am a transgender womxn, it’s important to have these spaces where we can cry and voice out our frustrations.” —Seoketsi Mooketsi, Founder of Rural Trans Love, a safe space for trans people in rural Ipelegeng in the North West Province of South Africa. 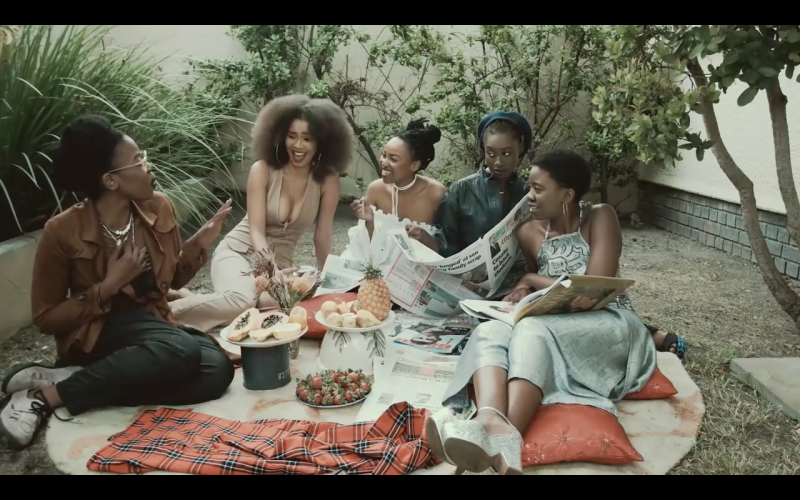 The Foxy Five is the sexy, brilliant, and hugely fun brainchild born from the mind of Jabu Nadia Newman—a Cape Town–based writer, photographer, filmmaker, and director. The 1970s-inspired series follows a group of five Black womxn, each embodying different facets and views of feminism, in order to explore how factors such as race, gender, class, and sexuality each play interlocking roles in the fight to kick patriarchy’s ass.

Episode three: This episode follows Womxn We and explores the precarious balances between and in mental health and activism, trauma and triggers, the role that financial pressures play in relationships, and finding support through your friends.

[In a text message to The Foxy Five]: “Wow this whole man is trying to mansplain to me why I shouldn’t join the [#FeesMustFall] protests. I really need to get some of these emotions off my chest and try to heal with your help.” —Womxn We, episode three (“Womxn We”).

This brilliant web series breaks the silence on Black women’s sexuality in South Africa. Produced by actress/director Mmabatho Montsho, Women on Sex features one-on-one interviews with actresses, academics, traditional healers, pastors and fashion designers who subvert the belief that African women don’t critically engage with our sexualities and the damagingly persistent idea that our sexualities can only be understood in narratives of violence and victimhood. The six-part series cleverly explores virginity, money, pleasure, and power.

Episode three, “The Weapon”: In this episode, each of the interviewees explores complex views, understandings, and experiences with sexual violence—all with a nuanced focus on resistance and rage against toxic manifestations of sexual violence against Black women, specifically Black queer women.

“There’s a sense in [faking orgasms] of patting the man on the back, saying, ‘You’ve done a good job, look at me, I’m happy.’ Whereas I’m not, and shame, the poor fellow walks away thinking he’s got it going on [laughs], when it’s not! [laughs some more]” —Khosi Jiyane, clinical psychologist, episode six (“The Fake Orgasm”).

Maneo, I'm so happy you're the new writring fellow for global feminism! I really enjoyed what you wrote this far, and am looking forward to reading more. You seem like an incredible person, someone I wish I could have as a friend to share tea and cookies and afternoon talks. Welcome, and thanks <3