5 Feminist Albums That Got Us Through December | Bitch Media

5 Feminist Albums That Got Us Through December 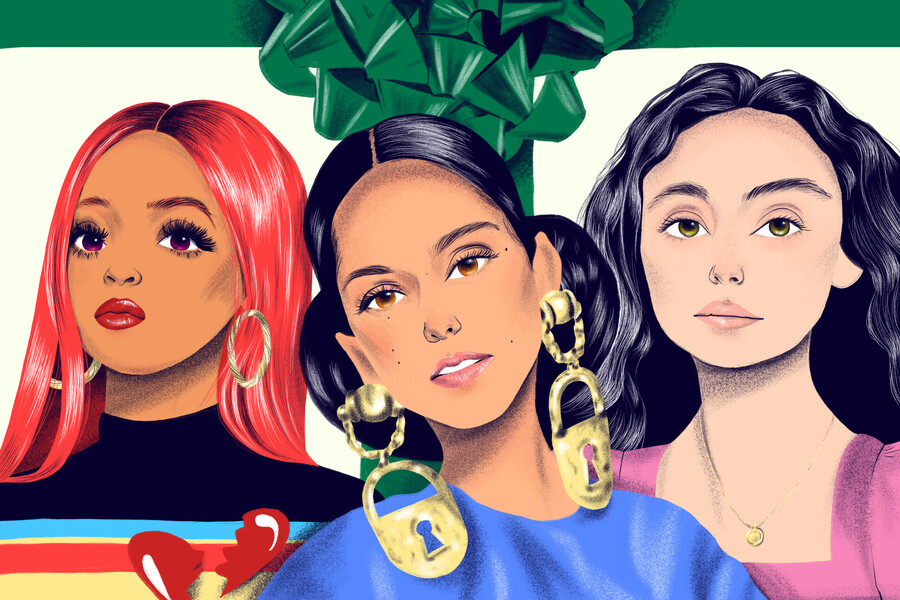 The year is winding down. While this season often brings anxiety over the upcoming new year, it’s also a time to reflect on 2021—and this month’s releases do just that. Introspection guides artists like Jean Deaux, who’s prioritizing her needs on her latest EP, and Alicia Keys, whose double album captures themes of loneliness, happiness, and self-love. As always, happy listening!

Upon the release of Most Wanted, Jean Deaux posted a note about the album’s inspiration on social media: “As a woman, specifically a Black woman, I know firsthand how it feels to be both wanted and invisible. We are taught to see being desired as a reward. To that, I ask ‘What good is being wanted if no one asks what I want?’” She explores that question throughout Most Wanted. On the eight-track EP, the Chicago-bred singer and rapper offers a sensual template for discovering what she wants the most. One of her desires is sexual prowess, as she flaunts on the upbeat “Jumpin’.” Another one is being taken care of, as she sings on the groovy “Nothin 2 Do (wit me),” which features Destin Conrad and Uno Hype. The project highlights Deaux’s versatility as a singer/rapper/songwriter. Most Wanted molds a story of a woman who knows what she wants and what she’ll no longer settle for, a woman who isn’t afraid to venture into new possibilities.

On their debut album, Aurora Dee Raynes takes listeners through a range of emotions. The band (which began as a collaboration between Danielle Kranendonk, vocals, and Stephen Raynes, production) conveys themes of family, love, and simply having a good time. Invisible Things provides the feel-good vibes needed to get through stressful times, like a pandemic that doesn’t have an end in sight. Kranendonk’s soulful voice pairs well with Raynes’ experimental production. On “The Letter,” the album’s opener, Kranendonk’s cathartic yet smooth voice is a standout. The singer sounds as if they’re singing for their life to the backdrop of futuristic beats. The song sets the tone for the rest of the album, giving listeners a clear and well-rounded introduction to the UK band.

Tierra Whack is one of rap’s wittiest lyricists. Her 2018 debut album Whack World succinctly illustrated the Philadelphia native’s style of using rap to express her avant-garde creativity and humor; each song on the 15-track album is approximately one-minute long. She never signals in what direction she’ll take you, but as she reaches the final destination, the journey becomes easier to understand. What is clear, though, is that she’s having the most fun. Such is the case with her recent series of EPs, the first body of work she’s released since her debut. Named after specific genres and released within a week of each other, Whack seems to test her sound, literally. On Rap?, Whack leans into her typical playful rhymes paired with introspection—“I don’t wanna take you back/ You gon’ say I should/ Oh, you gon’ say I should/ I’m doin’ Meagan Good,” she raps on “Meagan Good” A highlight of the series is Pop?, which features the rapper’s voice seamlessly fitting on pop/rock production (one notable moment is the chorus on “Body of Water”). Although R&B? doesn’t sound as pure to the genre compared to the respective sounds on the previous two projects, the EP offers another example of what the rapper sounds like outside of the genre she’s dominated. What’s next for Tierra Whack—jazz? EDM? Regardless of what sound she wants to tackle next, Whack will always bring her eerie yet entertaining universe along for the ride.

On her eighth and most experimental album to date, Alicia Keys sounds freer than ever. She stretches the tone of her voice. Her songwriting is piercing and the piano takes center stage, reminiscent of the singer’s heyday roughly 20 years ago. But she also takes the future with her, playing with more upbeat tracks. KEYS is a masterclass in instrumentation. The 26-song LP is divided into two parts. The first half, titled “Originals,” evokes a laid-back, jazzy vibe that sees Alicia Keys at her lyrical and vocal best (“Is It Insane,” a bluesy track about heartbreak, finds the singer testing the depths of her mezzo-soprano range while channeling jazz legends like Ella Fitzgerald and Sarah Vaughan). The album’s second half, titled “Unlocked,” is mainly filled with remixes of the “Originals” (10 tracks, to be exact), challenging listeners to sit with reinterpretation. “Billions” transforms into a surprisingly satisfying house track in the “Unlocked” version, a pleasant ending to the album. The “Unlocked” portion has a more pop-infused upbeat production that sounds like the more recent music that Alicia Keys has released. That’s the beauty of KEYS—the legendary artist both defies and meets expectations while reminding listeners that she’s still capable of making the timeless records that defined her prime.

The Kid is ZOLA’s expression of her unyielding confidence. Throughout the five-track EP, ZOLA fully embraces every aspect of her personality and artistry. She’s often shy, as she sings on “Glitter and the Gold.” She likes to blend French and English in her lyrics, as prevalent on “Pavement,” and she’s misunderstood, as she croons on “In the Morning.” But the strength of The Kid is that ZOLA wholeheartedly owns those pieces of herself while creating boundaries for those who don’t thoroughly accept her. The indie songwriter and San Francisco native uses lo-fi sounds, breathy vocals, and assured lyrics to convey that she’s not letting anyone steal her confidence.

Read this Next: King Isis Bends Both Gender and Genre 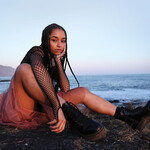 by DeAsia Paige
“Music has been there for me even when I couldn’t be there for myself.”