5 Women Writers Who Challenge and Expand the Canon 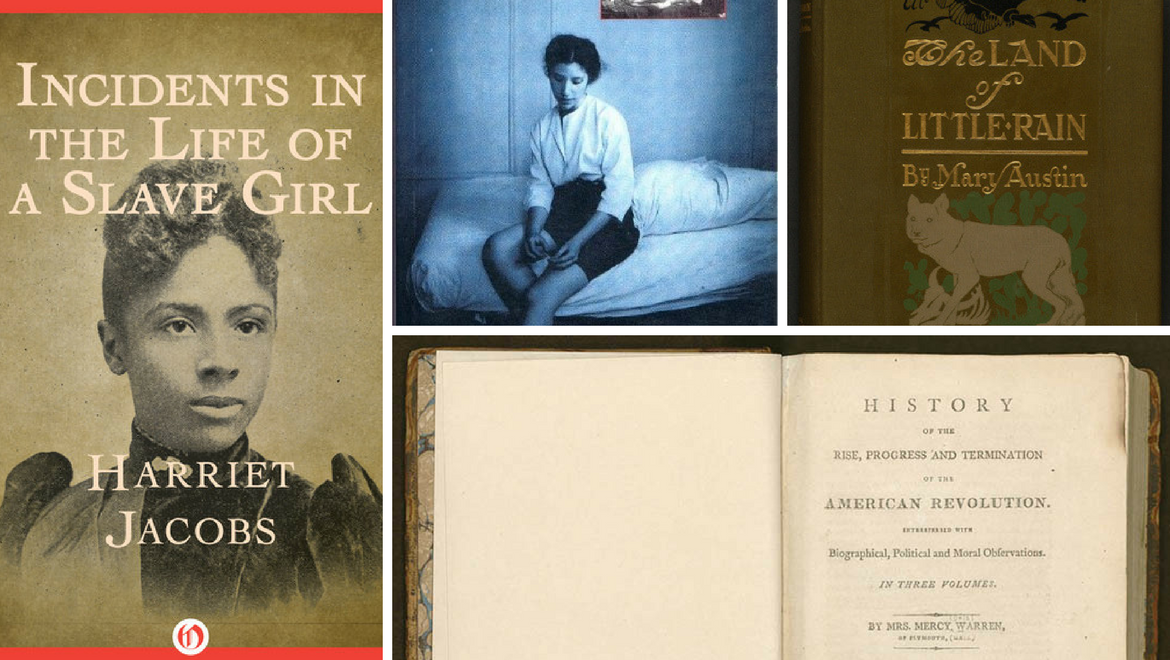 Throughout history, literary movements have been shaped by women who are, more often than not, lost or underappreciated. Modern literary tradition is indebted to women who dared to write, whose work challenges and expands the canon. To these women, we owe genre-defying memoirs, political satires, love poetry, representative protagonists, and so much more. Celebrate the work of these five authors whose legacies should be on our minds during Women’s History Month, and all year long.

Mourning Dove, also known as Christine Quintasket, was a 17th century Native American novelist best known for her novel Cogewea, The Half-Blood. It is one of the first novels written by a Native American woman, as well as one of the first to center on a female protagonist. The novel explores the complicated reality of race in America through its biracial protagonist, celebrating the difficulties and joys of her life in equal turns.

Harriet Ann Jacobs was a writer and abolotionist who revolutionized the genre of the slave narrative when she focused her autobiographical account, Incidents in the Life of a Slave Girl, on the specific experiences of women within American slavery. She challenged and expanded American conceptions of womanhood through her narrative representation of Black motherhood, and wrote a story rarely heard in the conversation on American abolition. The memoir was lost for years, eventually rediscovered in the late 1900’s.

Diane di Prima’s poetry is spare and evocative, falling into and challenging the forms of her fellow Beat poets. Though many women poets came up through the Beat Generation, history has focused its attention on their male counterparts. Di Prima has merged her fierce feminism and an unapologetic poetics over her nearly 60-year-long career, and continues to teach and advocate for gender equality and fat acceptance.

During the American Revolutionary War, Mercy Otis Warren used her poetry and plays to argue against British imperial rule. Because women were excluded from the circles of political discourse, Warren made her voice heard through her writing, often writing under a pseudonym. For years, her political writings were attributed to men tangential to her, but have since been reattributed. In addition to her poems, plays, and political pamphlets, Warren authored a three-volume history of the Revolutionary War, the first ever written by a woman.

Mary Hunter Austin’s most famous work, The Land of Little Rain, describes the landscape and wildlife of southern California. She was an early environmentalist and feminist, and a fierce advocate for Native American and Spanish American rights. A poet and a playwright as well, her works focused largely on her deep appreciation of American landscape. In her poem “Going West”, Austin writes: “Happy if I come home/When the musk scented, moon-white gilia blows,/When all the hills are blue, remembering/The sea from which they rose./Happy again,/When blunt faced bees carouse /In the red flagons of the incense shrub,/Or apricots have lacquered boughs, /And trails are dim with rain”.