Poll Position9 Statewide Ballot Measures You Should Know About This November 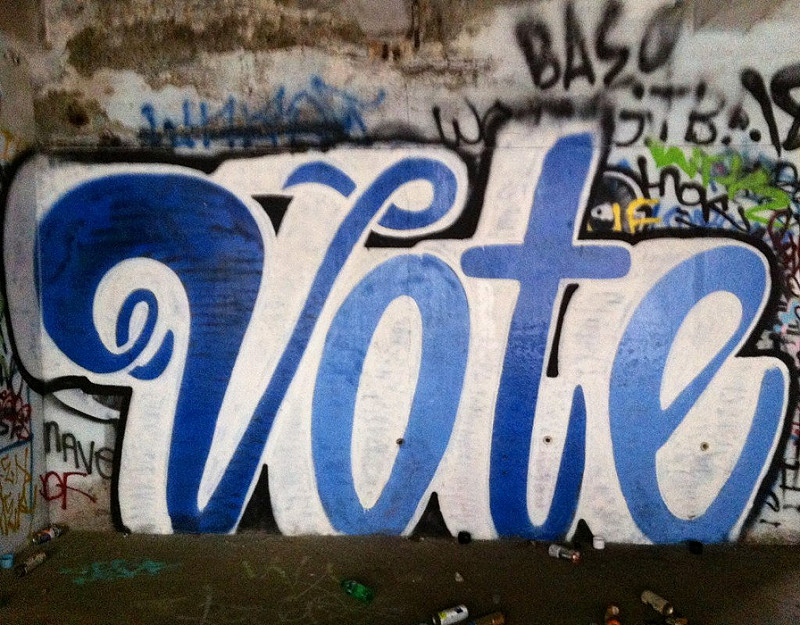 The initiative and referendum system has to be one of the most vexing, confusing, and sometimes discriminatory aspects of an electoral system that is already all three of those things. Statewide ballot measures don’t just have a huge impact on the residents of the state involved. They can also set precedents, for good or for ill, that other states will merrily follow. A look at statewide measures across the country can be an illuminating glimpse into the future. All feminist voters should be aware of these nine issues hitting ballots across the country this November, regardless of the state in which you reside.

What: Legalizing medical and recreational marijuana for adults.

Why this matters: Some people consume marijuana to control pain, nausea, and/or anxiety, while others enjoy strains bred for their psychotropic effects. The government spends a lot of money chasing after these people and imprisoning those who cultivate and sell marijuana. A lot of the people caught in this web are people of color. Meanwhile, everyone’s losing out on seriously killer tax revenues that could fund gold-plated toilets in every school in America—with some left over for giving teachers a raise.

Why this matters: Limiting access to guns reduces the risk that people will kill each other with them, which is a particular issue for women—intimate partner assaults are 12 times more likely to result in death when guns are involved, and a woman in an abusive relationship is five times more likely to be killed by her abuser if her abuser owns a gun. Meanwhile, the classification of many nonviolent crimes as felonies has created both a tremendous racial imbalance in the justice system and a huge (and similarly racially imbalanced) prison population. Once in prison, people are forced to labor for very little to no pay for the state or federal government—and also private companies, which profit handsomely from this setup. This is perfectly legal under the federal constitution, which carves out penal labor as an exception to the ban on involuntary servitude. Competing death penalty measures in California, meanwhile, ask voters if they want to remain in the Dark Ages or join the 21st century (tip: it’s important to vote on both of them—vote for the measure you support and against the measure you oppose).

Who: Colorado’s Amendment 69 (GET OUT OF THE GUTTER).

Why this matters: Nearly every nation in the West has nationalized healthcare. It significantly improves quality of life and access to medical services. Opponents fear that it will drive doctors out of state in search of better-paying jobs, because doctors are all selfish profiteers (with huge student loan debt), which could result in unconscionably long wait times for care. It’s also an extremely ambitious project (remember when Vermont’s attempt at single-payer failed?). The League of Women Voters is down with it, but NARAL isn’t. I hate it when mom and mom fight.* Incidentally, the top five “against” donors are all health insurance or healthcare companies.

*Okay, actually, NARAL has a good reason to be concerned: Colorado bans the use of public funds for abortion services, which means that ColoradoCare would not cover abortions and thus wouldn’t truly be “universal.”

What: Minimum wage and “right to work.”

Why this matters: Minimum wage has been a pressing issue across the United States (and was a big part of Bernie Sanders’s presidential campaign) for a reason: It’s too low, and women, especially women of color, bear the brunt of earnings disparities. Raising the minimum wage overall isn’t going to fix gender-, race-, and disability-based wage disparities, but it does give people a better chance at providing for themselves and their families.

“Right to work” sounds pretty jolly, but it’s actually not: It’s a tactic designed to undermine unions. On the surface, such laws are reasonable, proclaiming that “closed shops” (union-only workplaces) are illegal, and employers cannot force anyone to join (or leave) a union. However, they’re attacking what are known as “agency fees.” You can enter a unionized workplace and refuse to join the union, but if you do, you’ll benefit from collective bargaining and union initiatives—and unions would prefer that you buy the cow, not get the milk for free. The right to make up your own mind about union membership is enshrined in federal law, but that same law (the Taft-Hartley Act) also allows unions to collect fees from nonmembers. Right to work laws make that illegal, which weakens unions while still forcing them to protect employees who aren’t members. Here’s something really hilarious: If the union provides legal representation to such employees (for, say, wrongful termination), they can sue the union if they don’t like the outcome.

Why this matters: The caucuses-versus-primaries, open-versus-closed battles consumed a lot of think piece ink this year, primarily due to the Sanders camp. Some argue primaries should remain closed because only people in a political party should pick that party’s nominee. Others believe that independent voters should have a right to participate in the primary process. Let the voters decide!

Meanwhile, apparently Maine hates everyone. Voters get to decide if they’d like to keep the existing approach to voting, which is not bananas, or adopt instant-runoff voting (IRV), which is completely bananas. With IRV, every voter has to rank candidates by order of preference, and come tabulation time, an internecine and bizarre system is used to determine who wins. (Okay, fine: If the person with the most votes doesn’t have a majority, officials start going down the ballot until someone does have enough votes.) Theoretically, this would free people to vote for independent and third-party candidates (e.g. “I can cast my little protest vote for Jill Stein but then rank Hillary Clinton as my second choice so that the Tangerine Menace doesn’t win”). In actuality, IRV often confuses the hell out of voters. That said, despite my registered antipathy for IRV, the League of Women Voters is pretty into it, and those ladies usually know what’s up, so, grain of salt.

Speaking of questions about disenfranchisement, let’s skedaddle on over to Missouri, which wants to empower the state to demand that voters provide identification at the polls. This proposed amendment has already passed the state legislature, which by law must put it to the people, who get to answer the age-old question: “Voter suppression: yea or nay?”

What: Forcing adult performers to wear condoms on the job.

Why this matters: Sex work is work. Lorelei Lee, discussing Measure B, a similar measure that just covered Los Angeles County, summed up why these bills are offensive and patronizing. Adult performers have vested interests in not contracting STIs: They aren’t fun, and they force people to take time off from work. Not using condoms doesn’t mean they throw themselves willy-nilly into shoots. Think of adult performers like stunt performers: They are people with extensive training who take precautions you don’t see on camera. Here’s a gay porn star talking about the precautions studios use (SFW). Some studios use condoms all the time, others use them sometimes, depending on what they shoot and for whom, and others don’t.

Can you think of any other contentious social issues characterized by interfering busybodies informing people that they need things “for their own good” and passing legislation that is slyly designed to stop people from doing whatever they are doing?

What: Kicking “English-only” instruction to the curb.

Why this matters: In 1998, California voters passed Proposition 227 into law by a nearly two-thirds majority because many California voters are racists. (Sorry not sorry.) The proposition effectively outlawed bilingual education in the state, instituting an “English-only” mandate. This is outdated and racist and should be repealed, especially given California’s demographic makeup.

What: Legalizing physician-assisted suicide for people with terminal diagnoses and less than six months to live, if authorized by two separate physicians, both of whom reserve the right to psychiatric evaluation.

Why this matters: The debate over assisted suicide intersects with disability rights, healthcare, death care, and bodily autonomy. Advocates believe people should have power over the timing and nature of their deaths. Opponents, including some uneasy alliances like disability rights groups and the anti-choice movement, argue that assisted suicide devalues human life. Disabled people have concerns about “slippery slope” arguments surrounding who is considered a candidate for assisted suicide—a Stage IV cancer patient? Someone with a congenital disability? Several high-profile right-to-die cases, including that of Jerika Bolen, who has a disability, not a terminal illness, are raising red flags in the disability community. Some argue that death could be a false choice when people lack the social supports to live well—should a man trapped in a nursing home be offered assisted suicide, or should society provide him with the benefits he needs to live a free and independent life outside? Is his poor quality of life about his disability, or his circumstances?

What: Repealing the section of the state’s constitution barring the use of taxpayer funds to pay for religious activities.

Why this matters: We happen to be big fans of the separation of church and state here in these United States, which is why the Oklahoma ACLU sued over a giant Ten Commandments monument at the statehouse. They won. This is the response. It’s important to keep religion out of politics, because while freedom of religion is sacred, that doesn’t include foisting your religious beliefs on someone else in, say, the context of reproductive freedoms or providing services. This also raises the specter of funding “faith-based initiatives,” a popular notion thanks to President George W. Bush, who seemed to think they were a good replacement for social services. They weren’t.