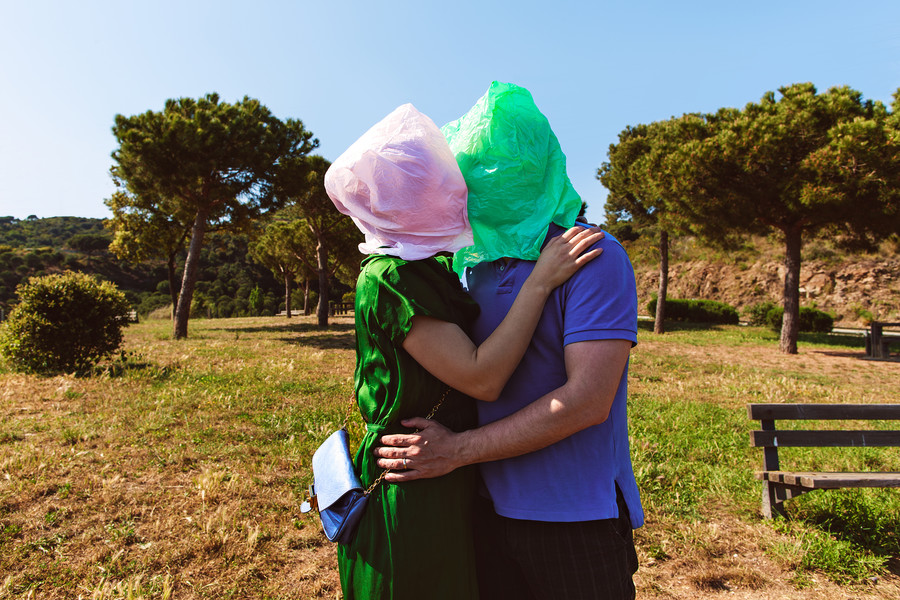 Love is supposed to transgress borders on 90 Day Fiancé, TLC’s rippling reality show about couples navigating the ins and outs of courtship, romance, and international travel within the strictures of a K-1 visitation visa. For six seasons, couples have encountered myriad relationship obstacles, including language barriers, unsupportive families, and differing worldviews. A standout among TLC’s slate of reality TV shows, 90 Day Fiancé marries the cheap thrills typically associated with reality shows with the even messier world of international affairs.

From the beginning, the show has been unwaveringly apolitical about immigration policies, priming viewers to believe that love stories don’t require interrogation, and that romance is the only thing worth considering when the show’s non-American cast lands on U.S. soil. Since the late 1990s, TLC has been revolutionizing “lifestyle” television by producing shows that center on people who have long been on the margins of society, including polygamist families, little people, and folks who enjoy popping pimples. 90 Day Fiancé builds upon this formula, exploiting the ignorance of its American cast and the vulnerabilities of its non-American stars as they stumble through the complexities of U.S. immigration.

Season 2 features Danielle, a 41-year-old Ohio woman, and Mohamed, a 26-year-old man who migrates from Tunisia, who meet in an online chat room before deciding to live together in Ohio. Within the first few episodes, Danielle tries to get Mohamed to have sex with her before marriage by threatening to have him deported. She also follows him to Miami after they break up and vows to call the police on him unless he agrees to return to Ohio. Danielle’s weaponization of state power exposes the abusive potential of relationships in which only one partner is a legal citizen.

Though Danielle and Mohamed’s relationship illuminates the gap between American idealism and the realities that immigrants navigate once they’re inside U.S. borders, 90 Day Fiancé remains largely ill-equipped to engage with its inherent geopolitics. The series clings to its political innocence, allowing threats of deportation, police involvement, and/or public humiliation to go unchecked. Season 6 traffics heavily in these kinds of abusive patterns: The short-lived, violent marriage between 31-year-old Brazilian immigrant Larissa and her 33-year-old husband, Colt, is sensationalized onscreen.

From the beginning, the show has been unwaveringly apolitical about immigration policies, priming viewers to believe that love stories don’t require interrogation.

90 Day Fiancé aired each of Larissa’s trials for domestic violence, but doesn’t contend with Larissa’s limited grasp of English, lack of legal resources, or her claims that she’s the actual victim. Too often, it is this difference in citizenship—not to mention race, class, and gender—that creates opportunities for the U.S.-based half of each couple to exercise undue control of each pair’s narrative. In one episode, 33-year-old Pennsylvania woman Ashley calls for her partner Jay, a 20-year-old from Jamaica, to be deported for his infidelity. She goes as far as to call the police on Jay when he returns to their home after she kicks him out.

In these moments, the show’s silence on cast members’ controlling behavior allows abusers to escape accountability. On a show like 90 Day Fiancé, state-authorized visas and the corresponding risk of deportation expand the exploitative possibilities of reality dating shows such as The Bachelor. By suggesting these high-stakes romances are equivalent to other reality TV dating scenarios, TLC makes a show of false equality masquerading as egalitarian. While reality TV shows aren’t designed to be educational, 90 Day Fiancé exposes the attitudes and practices that have foreground America’s history of anti-immigrant sentiment, nativism, racism, and xenophobia. It is a history that undeniably shapes our interactions with citizens and immigrants alike, as the show’s cast of U.S. citizens routinely demonstrates.

At a time when state-sanctioned deportation, ice raids, and family separation are dislocating communities and lives, 90 Day Fiancé instructs its viewers to disavow this living history. The show is an unconventional but invaluable cultural document of our current political climate that reminds us how “American exceptionalism” has forged such hostile social terrain for immigrants. By showing the United States who and what it’s made of, the series reminds us that love—as defined by romantic unions made legible to the state—is also about the balance of power and its negotiations. In this way, 90 Day Fiancé compels us to examine the ways human connection can be warped to preserve the social capital granted to white Americans in particular. As another season comes to a close, the question still remains: If citizenship is a kind of currency, then what does it mean to be the breadwinner?