A STAR IS BORN - Official Trailer 1

As a Hollywood mythology, the much-remade film A Star is Born is simple: a tale of a woman rising to stardom as the man who discovered her finds his own star burning out—her success blossoming at the expense of the man she loves. You can think of the story as a life-force transference, or, if you’re cynical, a law of nature. Personally, I see it as the story of a man grabbing on to a younger woman as he drowns, clinging to her like a life raft. So it’s notable that the newest take on the classic film, Bradley Cooper’s A Star is Born (which had its North American premiere at the recent Toronto International Film Festival, and is set to release in October), is the first to put the drowning-man narrative right out front, turning the subtext and implied dysfunction of the previous films into blunt, dramatic text.

Cooper (who directed and co-wrote the script) plays Jackson Maine (in earlier versions of the film known as Norman) as the saddest cowboy of country-music superstardom, constantly red-faced and sleepy-eyed. He’s the first male lead within A Star is Born’s canon to have a tragic backstory, and thus the first to truly come across onscreen as a full person. He and his much older brother Bobby (Sam Elliott) were raised by a drunk rancher whose neglect turned their uneasy sibling dynamic into a parental one: Bobby manages Jackson’s entire life, from his career and his finances to tucking him in when he passes out from drinking too much.

Jackson is pitiful, yet Cooper is able to strike a balance in his performance between dissolute sad sack and genuinely romantic charmer. He has the kind of melancholy grin and obsessively loving gaze that screams “take care of me,” and Ally (Lady Gaga) does it from the moment they meet.

By the time Jackson stumbles drunk into the drag bar where he meets his future love, we already have a whiff of what their dynamic will be. Jackson is a man drifting from one place to the next, eager to surrender and be unburdened by responsibility. In contrast, Ally is strong-willed and driven, a person who carries a lot on her shoulders but never lets anyone see her frustration. As soon as we see Ally punch a guy out to defend Jackson in a bar, it’s clear we’re in for in for a pairing scripted to subvert our expectations. Watching the couple spend time together in the early weeks of their relationship is a heart-melting experience; the mutually giving nature of their dynamic is a striking departure from the desperate, instantly tragic pairings of previous Stars.

In part, that’s because the characters—Ally’s in particular—have been curiously reengineered. In earlier iterations of this story, the female lead was hungry. In the 1937 original, Janet Gaynor portrayed Vicki Lester as a bright-eyed ingenue desperate to make a name for herself in Hollywood. Judy Garland’s Vicki, in 1954’s adaption, was a little more seasoned—performing big numbers with a backing band, she came off more as a hidden gem waiting for her day. 1976’s remake, starring Barbra Streisand and Kris Kristofferson, changed the setting from movies to music, and Streisand’s depiction owes much to Garland’s—it’s essentially the same character sketch with a heavy dose of attitude and rage. 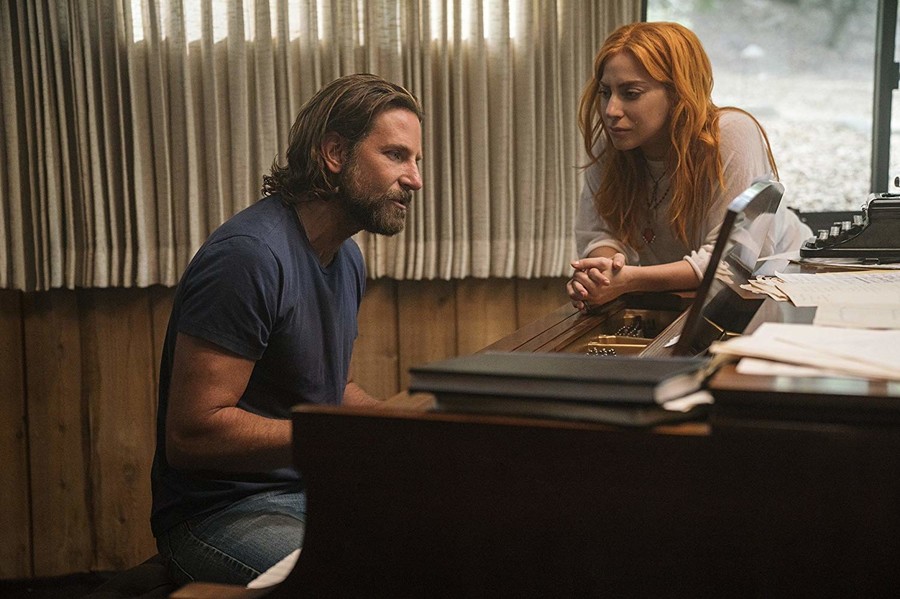 Gaga’s performance combines of all three, with a bit of Noni Jean (from Gina Prince-Bythewood’s 2014 film Beyond the Lights) thrown in for good measure. She’s bright-eyed but seasoned, authoritative yet meek; she can take care of herself, but wouldn’t mind someone taking care of her for a change. In other words, she’s every man’s perfect woman, a kitchen-sink characterization that ends up preventing Ally from being the unstoppable force she could be. Lady Gaga is a delight to watch, and her enormous voice goes straight to the soul; but as Ally’s career starts to blossom, she’s presented as so open to suggestion, so okay with anything so long as she’s with Jackson, that it’s unclear what she actually wants artistically.

And once her star has ascended, Jackson isn’t the only man in Ally’s life—her manager, Rez (Rafi Gavron), treats her like property, speaking to and about her as if she couldn’t possibly  know what’s best for herself. As a result, Ally’s journey from honky-tonk belter to pop-music sensation is micromanaged and focus-grouped until she’s unrecognizable as a performer. Her larger-than-life voice is shrunken down and pushed into unconvincing lyrics that don’t suit her. To make a real-world comparison, it’s as if Ally goes from Rainbow-era Kesha to Animal-era Kesha faster than whiplash.

The biggest difference between this Star and the ones that came before it: This one centers the man, not the woman. The film isn’t about Ally’s rise to stardom, but about how Jackson reacts to it.

As soon as Ally becomes a star, she loses focus. That’s also, incidentally, around the time I realized the biggest difference between this Star and the ones that came before it: This one centers the man, not the woman. The film isn’t about Ally’s rise to stardom—it’s about how Jackson reacts to it. At the start of their partnership, we see Ally through the lens of his adoration; she’s an angel from above, blessing his life. Until she isn’t. Once her success has eclipsed his, Jackson sours on Ally and on his life with her. He drinks more, does more drugs, and lets his health deteriorate—a backslide into self-hatred that culminates in him calling her ugly, insulting her artistry, and embarrassing her on stage at the Grammys.

The rest of the story becomes about whether or not he gets clean, and whether Ally’s shallow success will make that impossible. It’s both rewarding and frustrating that A Star is Born unfolds this way. As a lover of romantic films, I laughed and cried and loved the songs and wanted more. But as a critic who’s seen the film’s previous incarnations, I’m conflicted. Within the Star universe, what Cooper’s take communicates is troubling. It digs up dated arguments about pop versus rock; it positions the male character as the arbiter of taste guiding a female protegeé who doesn’t know what sounds good or what music suits her abundant talents. Ultimately, it just doesn’t track that the strong-willed Ally would lose herself in this way.

She becomes endlessly moldable in service to a story predetermined to be one of a woman letting down a man, while the film itself struggles to remain true to its internal demand that Ally’s prosperity requires Jackson to die and release her. In the end, A Star is Born becomes a touching film hampered by its own legacy.

Through the Eyes of Others

Wonder Woman and the Double Binds of the First Female President