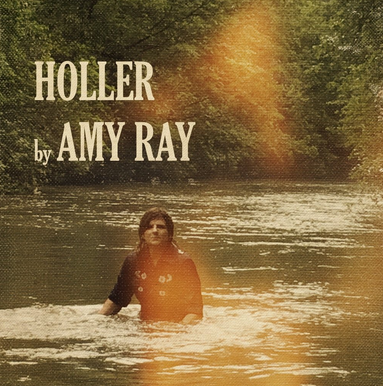 I grew up in an Appalachian hollow. My dad chewed tobacco and owned a few guns. He also loved the poet Muriel Rukeyser and particle physics; and because my mother is a Jewish New Yorker, I more than once ate Miracle Whip on matzoh as a kid. In those days I accepted my surroundings as a given, and wouldn’t have seen Skoal Wintergreen Long Cut alongside 20th-century feminist poetry as a contradiction. But as an adult, I think a lot about who and what counts as “country.” And I know that many of the symbols and experiences I grew up to love—riding in the bed of a rusty pickup, for example, or the smell of wood dust from a chainsaw—often share space, in media and pop culture, with energies and ideas that I don’t love.

That rural American life is generally considered synonymous with white supremacy and hyper-masculinity is nothing new. Those associations started to develop in earnest more than a century ago, when folk-music collectors and other cultural arbiters intentionally fashioned a version of Appalachia—white, simple, and masculine—that could deflect perceived cultural threats: new waves of immigrants from Eastern Europe, Black migrants from the South, and the influence of effete urban intellectuals. And though I have little patience for the nativist, masculinist swagger that continues to define much of rural culture (think coal rolling and truck nuts), there are aspects of that swagger that still hold me, and I’ve long wondered if there’s a way to keep the swagger and ditch the bullshit. In other words, can I get my country grit—including the pleasure of a woodsy, butch gaze—without cultural whitewashing and toxic masculinity?

I have the answer, and the answer is Amy Ray. You may know her as one half of the Indigo Girls, but she’s also released six solo studio albums and three live albums since 2001, each one a gorgeous, subtle exploration of identity, politics, and place. And while previous outings  have revealed Ray’s punk, rock, and pop influences, it’s her newest album, Holler (released in September 2018), that highlights what I’ve always suspected: Amy Ray is the country boy America needs.

This is hyperbole, since Ray does not, in fact, identify as a boy. But on Holler, her most purely country-sounding album yet, I experience her earthy, mournful voice and her agrarian lyrics as an antidote to the slick, radio-friendly likes of Kenny Chesney and Keith Urban. Of course, picky listeners might point out that to compare Holler to mainstream country music is like comparing raw milk to Cheez Whiz; they would be right. And yet there are tracks on Holler that you could smuggle into a country-radio station, and I like to think of Ray idling up alongside Chesney and Urban, grinning—as if to say, Yeah, I can do this, too. And I can do it better than you, stronger than you, and kinder than you.

Ray’s brand of country swagger is sexy, soulful, intelligent, and complex. For Indigo Girls fans—closeted or proud, enamored of or embarrassed by Ray’s ’90s-style lesbian earnestness—her solo mojo may come as a surprise: It’s less Lilith Fair and more gravel road, less lesbian than queer. (For the record, I love both.) But Ray is still an Indigo; Holler’s bravado doesn’t simplify or glorify country life, and it dilutes its brashness with tender introspection. In “Sure Feels Good Anyway,” the album’s rollicking second track, Ray—a Southerner as well as a self-proclaimed “radical left-wing dyke”—names the tensions felt by someone who loves a place that doesn’t always love them.

“I know that you don’t like me,” she sings, “But it sure feels good anyway.” Calling out “Southern hate” in the same verse in which she yearns for “a tall glass of sweet tea,” Ray has a strong enough mind and heart not to resolve the contradiction. Instead, she acknowledges: “I was born in the grist of a rebel yell, swaddled in the song of the Whip-poor-will/ They haunt me and they hold me just the same.”

That Ray was “born in the grist of a rebel yell” points not only to her geographic roots, but also to her hunger for justice. Folks who fly the Confederate flag may fancy themselves “rebels,” but it’s people like Ray who are truly rebellious. In both music and activism—the Indigo Girls are recognized as leaders in the realm of activist-musicians, and Ray recently spoke with fellow singer-songwriter Brandi Carlile about the importance of advocating for inclusive festivals and performance spaces—Ray is famously attentive to injustice. Holler finds her calling on the communalism of radical early Christianity on the track “Jesus was a Walking Man,” singing “Some would build a wall and say, send ‘em back from where they came/ But…Jesus would’ve let ‘em in.” The album is one of the newest and strongest additions to an American folk-music lineage whose leather-booted stance is neither an attitude against outsiders nor a performance for middle-class consumption; instead, it’s a lived engagement with all that is provisional, inclusive, and patched.

Holler is one of the newest and strongest additions to an American folk-music lineage whose leather-booted stance is neither an attitude against outsiders nor a performance for middle-class consumption.

Holler itself is more makeshift, more mercurial, than a first or second listen might suggest. And while I could trace those qualities in the way that Ray weaves together disparate sources (from songs inspired by the Appalachian poet Byron Herbert Reece to one for the Black feminist writer-activist Toni Cade Bambara), it’s her expressions of place that I am thinking of here. Whereas past solo albums like Stag explore issues of power, belonging, and change through the lens of queer bodies, Holler, more often than not, explores those same issues through the lens of land. “I’m picking food on my lottery land,” Ray sings in “Oh City Man,” “I know it ain’t mine, but I love it, so here I stand.”

Holler feels like the culmination of a body of work that has consistently asked what it means to belong in a body, in a place—and what it means to be embodied in place. Ray’s swagger is one that knows how deeply it is beholden to the earth and to other people. It yelps and whispers; it strides with confidence and also bows down. This humblest, most complicated of gaits couldn’t, in the end, be further from the variety of cocky, cruel masculinity coded as rural that’s so pervasive where I live. Just last week I saw an example of this latter kind of country posture, a bumper sticker on a pickup that read: “Get in, shut up, hold my beer, and watch me do this.” (“Watch you do what?” asked the friend I was with, looking less offended than confused. “Drive your vehicle?”)

In a moment when this kind of muscled-up, Trump-emboldened rhetoric is spotlighted—both by people who drive such stickered pickups and by left-leaning commentators struggling to understand the 2016 election—as the definition of American ruralness, I am grateful for an album like Holler. It comes along to remind us that gravel roads and small towns, mandolins and sweet tea, need not be markers of white supremacy and hyper-masculine hootin’ and hollerin’. At the same time, it also reminds us that what’s “country” can include—indeed, has always included—queer folks and Black folks, environmentalists and poets, and that the search for agrarian authenticity may be about as useful as looking for a fart in a blizzard (that one comes from my Yiddish-speaking Manhattan grandparents, not my West Virginia ones).

There’s no fixed rubric, in the end, by which I can prove that Amy Ray is the quintessential country boy, but I do know one thing for sure: Only for her would I get in, shut up, hold her beer, and watch her do this.

Beyond Walking and Talking