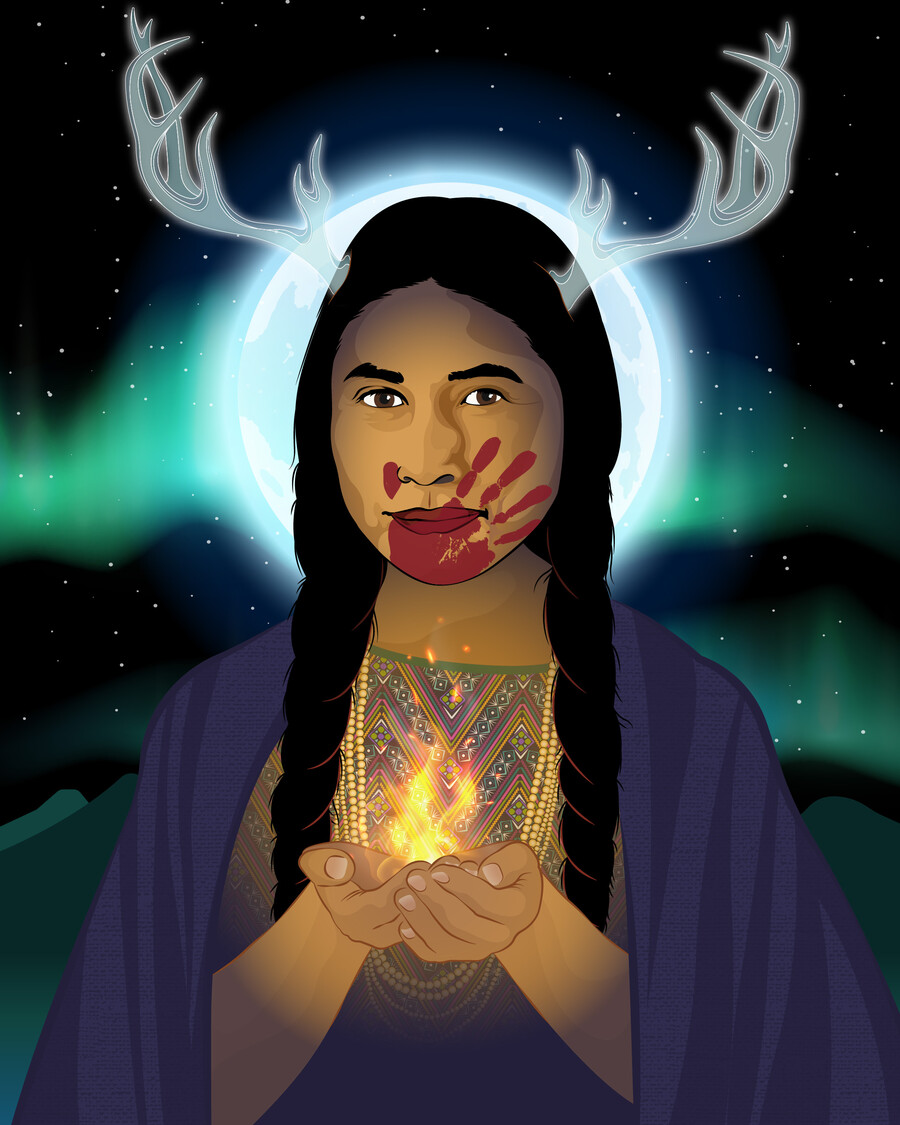 Tribes use stories to pass on their languages, traditions, and histories to the next generation. Stories about monsters, tricksters, and supernatural beings are prominent throughout tribal traditions, and are often a form of teaching or enforcing cultural norms. Today, Indigenous writers are carving a vital space in speculative fiction by revitalizing these traditional stories and placing them in conversation with contemporary issues within Indigenous communities, like the violence inflicted on missing and murdered Indigenous people.

Deer Woman: An Anthology, a 2017 collection of short stories, comics, and art edited by Elizabeth LaPensée and Weshoyot Alvitre, features the titular monster as a source of inspiration, not fear. Deer Woman is a spirit seen in many Woodlands and Central Plains tribal traditions. Though stories vary by tribe, she’s often represented as a seductress who lures people from their families, eventually leading them to their deaths. Yet, in several of the comics—by LaPensée, Maria Wolf Lopez, and Jackie Fawn, respectively—Deer Woman is a guardian of her community, using her powers to fight perpetrators of violence. In two separate comics by LaPensée and Wolf Lopez, women who’ve experienced sexual violence literally transform into the spirit. The experiences of these fictional characters reflect the reality of Indigenous women, 84 percent of whom face violence in their lifetimes. In Deer Woman, this spirit is a righteous survivor rather than a vindictive temptress.

Empire of Wild, a 2020 novel by Cherie Dimaline, explores another contemporary issue plaguing Native communities: missing and murdered Indigenous people. In Canada, where the novel takes place, Indigenous men and boys are disproportionately victims of violence, representing 71 percent of Indigenous homicides in the country. In the novel, a Métis woman, Joan, searches for her missing husband, Victor. A year after he disappears, Joan meets a man who’s in a traveling Christian missionary group who looks exactly like Victor, but he doesn’t recognize her at all. Joan’s odyssey is framed within the story of Rougarou, a werewolf-like creature in Métis tradition. The Rougarou isn’t a single creature; people may become a Rougarou if they’re attacked and possessed by one, or if they betray Métis community standards. As the story progresses, Joan begins to suspect a Rougarou is involved with Victor’s disappearance. Dimaline, who is Métis, grew up with Rougarou stories. In a 2019 interview with the Canadian Broadcasting Corporation she said: “When I was a little girl, one of the stories that we used to hear from my grandmother and her sisters—to keep girls like me in line—was of the Rougarou…. For the people who identified as male in our the [sic] community, the Rougarou was the story of what you could turn into if you broke the rules of the community. It was like a curse.”

Lipan Apache comic writer and novelist Darcie Little Badger similarly grew up with tribal stories, passed down through her family for generations. This knowledge features prominently in her first novel, Elatsoe, published in 2020, which follows 17-year-old Ellie as she investigates her cousin’s mysterious death. But this isn’t a typical whodunit: Ellie possesses the ability to wake animals from the dead, a trait passed down to her from her six-great-grandmother for whom she is named. Little Badger expertly blends Lipan Apache stories with supernatural fantasy: Descendants of Oberon, a king of fairies in European Renaissance literature, are characters alongside Ellie and her family. But she’s also deliberate in drawing a line between what is pure magic and what is ancestral wisdom. As Ellie tries to restore balance in the world—invasive non-Indigenous monsters are spreading across the United States and displacing Indigenous monsters—she’s aided by the traditional knowledge of her family and ancestors.

Today’s Indigenous writers are…pushing back against the fact that they have long been fixtures in the American horror genre—but as subjects rather than storytellers.

These writers are resisting the long impact of colonization and Christianity, which forced Indigenous communities to either hide or abandon their stories. Indigenous children were punished in boarding schools when they shared their traditional stories and languages. Indigenous families were penalized, imprisoned, or denied food by government agents when they practiced their culture and religion, which included storytelling. Today’s Indigenous writers are also pushing back against the fact that they have long been fixtures in the American horror genre—but as subjects rather than storytellers. Natives were often portrayed as monsters themselves, a manifestation of white anxiety and fear, from 19th-century captive stories by Christian missionaries to books like Stephen King’s Pet Sematary (1983), which features Native American burial grounds as a backdrop for horror. Dimaline, Little Badger, and the writers in Deer Woman tap into these centuries-old stories to explore contemporary violences facing Native communities, and in doing so, challenge narrow, Eurocentric interpretations of what it means to be or battle a monster.

Read this Next: Sherman Alexie and the Toll of Literary Tokenism 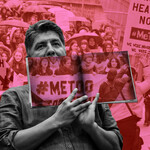 by Amanda Gokee
Alexie was the singular voice of Native American literature. Maybe he shouldn't have been.