Flirting is About Finding Your Authentic Self | Bitch Media

It's About Your GameFlirting to Find Your Authentic Self 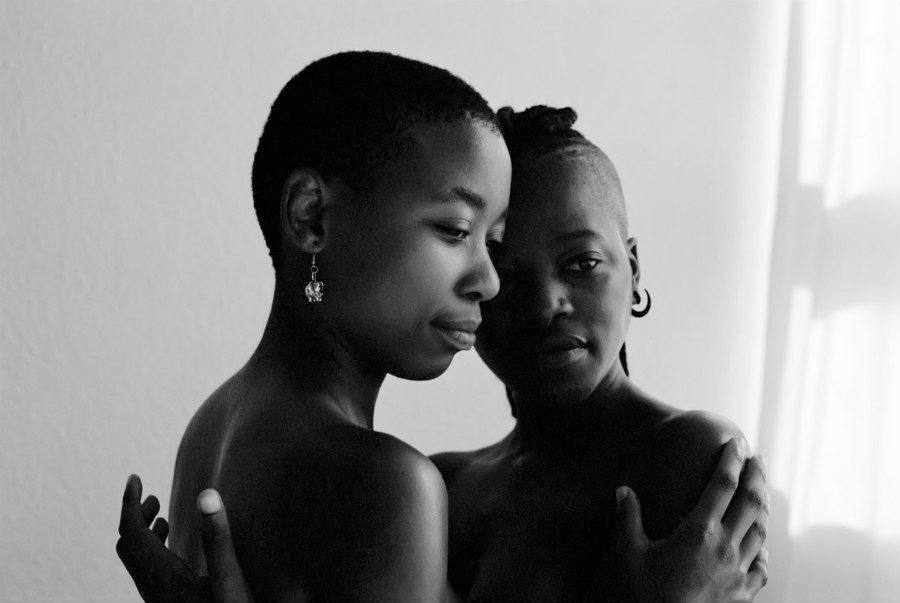 Beloveds, I’m observing a pattern in the flood of #metoo and #itwasme stories: A lot of us don’t know how to articulate what we really want and don’t want in real time. The pressure of desire unexpressed can blow out a system and lead to harmful behaviors such as abuse of power, harassment, molestation, assault, and rape. It also shows up in misogyny on the internet.

Repression is at the root of so much sexual transgression. It’s a story: that desire is to be fully contained as an indication of purity, moral supremacy, or maturity. The story gets upheld in very old social, political, and religious norms that aim to control us. The story gets upheld by those who have survived harm and want to regenerate safety with impenetrable boundaries, who go so far that any desire shocks the system.

Last year, I went to a hot springs with a loved one who wasn’t raised in the U.S. It was a naked space, and there was a big sign on the wall in the changing room that said bathers were not to extend any sexual attention toward others. I nodded, not really noticing it. My friend pointed at the sign and laughed at how unnatural and American it was: Come be naked and wet and sweating, but make sure you don’t see each other at all.

I got the laughter. And, as a survivor of multiple experiences of discomfort, danger and harm, I appreciate what the signs attend to. But it made me think about what is encouraged, what is allowed, what is safe, what is forbidden— and how rarely what we really want is encouraged. We’re expected more and more often to find sexual and love connection through a screen, ceding the territory of real life connections to those who transgress the rules of ignoring each other’s bodies, chemistry, and desire when they’re face to face.

Is it possible for the world to be as sexy if there’s consent and permission and openness about our deepest desires, if we truly bring our nakedness into the light?

I don’t know. I still love touching into the forbidden places—partially because they are forbidden. I know for sure that part of this is conditioning, being raised in a culture of repression, sex shaming, patriarchy and danger. But it’s also how my desire is wired, even after decades of therapy and somatics.

We all need to be able to ask for what we want, say no to what we don’t want, and understand each other’s desires and forbidden places with as little judgment as possible. We develop this skill by practicing over and over, by being uncomfortable and honest, by taking the risk in real time to say what we really feel and want, by saying no when we feel no, by remembering that our way of doing things was learned, it isn’t right (or wrong).

Perhaps the forbidden is even sexier when it’s an informed choice.

This means we need to increase our attention on, and skill in, the things that happen before we get physical, the dynamics that continue to be important as we build trust and figure out relationships of love and/or sex. One of the largely uncharted boundaries in the world is between those with game and those without it. Those who can engage in flirtation or banter, versus those who freeze or go quiet under the pressure of their desires.

I have friends with game and friends without it, and friends who have it but think they don’t, and those who think they have it but actually don’t. Lately I have been asked to help a few friends out with basic flirtation skills. In trying to understand the art of flirtation enough to be of use, I’ve noticed some things. All game is not created equal, and it’s largely misunderstood. The quality of game is much more about being honest and being yourself than being smooth. It’s not about small talk, filling the space, or easing the awkwardness. It’s letting true desire and curiosity come to the forefront of an interaction.

Flirtation, or game, is a great way to map out the visible and invisible landscape of another, with your titillation intact. I became aware that I had game in my late 20s. Something clicked between my body and I after years of depression and therapy. I began to believe that my desires mattered.  Before I believed that my desires mattered, it was nearly impossible for me to tell if attraction was mutual, because when I was sober I couldn’t believe anyone would really be attracted to me. Now, I’m only into people who are worshipful with my body, my heart, and who inspire that in me. And I can assess that mutual quality of worship after a few moments of good flirtation.

I define game as the ability to engage potential mutual attraction in ways that grow the chemistry. There’s not necessarily a sexual end goal, but the territory of sex is the thinly veiled landscape of good game: the pace and power dynamics of sex are part of the process, the nonverbal cues are weighted to deepen the sensual connection.

I used to blurt out my desire and then crash into my lovers like a wave, often knocking them over with my uninhibited commitment to pleasure. Now I still do this, but I’ve learned to be more clear with myself and others about how powerful my desire is, and what I want. I’m still learning to enjoy communicating those things.

In the spirit of creating safer, braver sexual space for all of us, here are a few quick tips for getting your game up:

Notice the nonverbal cues before starting a conversation.

We are all unlearning coy—if someone is avoiding your eyes, it’s intentional. Lingering eye contact is a great way to begin a flirtation. And if you feel a little smile coming, let it show, that’s real.

They’re going to meet your real self eventually. Might as well lead with it, and save yourself the whole phase of relationship where you’re both actually obsessed with each other’s projections. Let yourself show, and the right people will be compelled by you.

Let yourself really be present with the person in front of you, really see them, attend to them, compliment them. Learn from the journey. The play.

Instead of trying to impress the other person, pay attention to your own interest (is it growing? Where do you feel it in your body?) and how good you feel being yourself.

Even in the flirtation, value the differences between yourself and this other human.

Don’t compromise on your core values, don’t giggle at something you find ignorant or offensive. But don’t hang up because this human with a different life than you has reached different conclusions.

When you feel something come up that you want to say but you’re scared to say, you’re on the precipice between the lie of omission and the bravery of honesty. You want what’s on the other side of that precipice. Say what you want, so you’ll either get it, or know you can’t get it in this connection.

Flirt! With your partner(s), or with someone really cute to you. Be curious, laugh, and keep feeling for your genuine yes, your genuine desire to be in the conversation. And take a risk.

Relevant: From #MeToo to #WeConsented