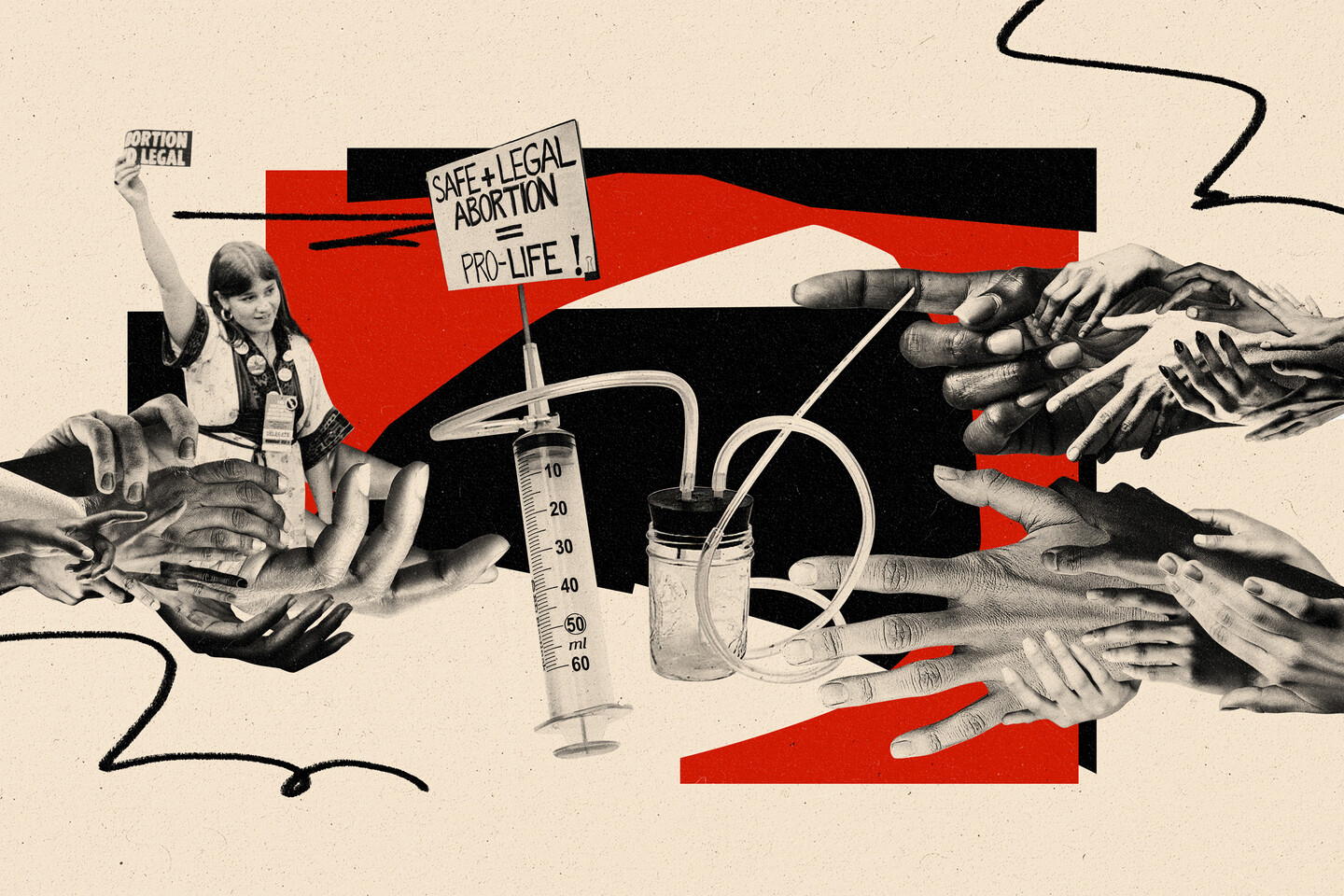 The Del-Em is an unassuming gadget. Its most standard version is made of a mason jar with diploid, flexible straw-size tubes snaking out of it. One tube ends in a fat syringe, while the other one remains open-ended, to be inserted into the vagina of someone seeking an abortion. Like the speculum, the much-reviled gynecological instrument that nevertheless became a duck-billed mascot of the 1970s feminist health movement, the Del-Em is functional and easy to use, its radical potential seemingly underplayed by the simplicity of its design. It was, regardless, a marked improvement on knitting needles, wire hangers, bleach, permanganate, and countless other dangerous methods used by illegal abortionists and desperate women to end pregnancies in the years before the Supreme Court’s Roe v. Wade decision made abortion legal in the United States.

Menstrual extraction (ME), as the technique of using a Del-Em came to be known, was developed in the 1970s amid an explosion of formal medical interest in manual abortion methods. But unlike surgical techniques requiring specialized equipment—such as vacuum aspiration or the D&C (dilation and curettage) technique—the device could, with minimal training, be operated by those outside the halls of clinics and hospitals to clean out the contents of a uterus.

The Del-Em originated at Harvey Karman’s secret abortion clinic on L.A.’s Santa Monica Boulevard. Karman, who became interested in abortion while studying psychology at UCLA, rented a room behind a dental clinic where he performed safe, inexpensive abortions for 15 years. The clinic was a meeting point for abortion activists, such as Carol Downer and Mary Petrinovich, founders of what became known as the Self-Help Clinic movement. Downer recalls that the women “would help around the clinic, learning how to clean the equipment, counseling women who needed abortions, and so on.” Karman used a flexible soft tube, later named the Karman cannula, to draw out the uterine lining by vacuuming it through a small syringe, a process he called endometrial aspiration. In the early stages of a pregnancy’s first trimester, the uterine tissue in which a fetus embeds is not yet fully established and can be detached through manual suction. It was a simple, noninvasive technique with a very high success rate, especially when compared with the popular surgical alternative of D&C, in which the uterine lining is scraped out through a dilated cervix.

The Del-Em was born when one of the visitors to Karman’s clinic, Lorraine Rothman, identified a potential hazard in his technique—a possibility of air entering the uterus and causing lethal perforations. She and Downer adopted Karman’s cannula and syringe, adding a one-way bypass valve and two lengths of plastic tube that funneled extracted tissue directly into a collection jar. In this form, the device could be used by someone with significantly less experience than Karman (who himself was not a medical doctor) to safely perform an abortion until up to eight weeks of pregnancy. It was Petrinovich’s idea to start a women-run abortion clinic; the goal, as Downer puts it, was to “take back women’s medicine into our own hands.” Once they had a working device, they put out an ad calling for women who wanted to help: Published in the local newspaper Everywoman, the ad was vaguely worded, referring to “women’s health” rather than to abortion, but “people got the message,” says Downer.

Haunted by experiences with botched procedures and sleazy operators who took advantage of desperate abortion seekers, many of the women who showed up to this inaugural meeting were uneasy about DIY abortion procedures. In an inspired move, Downer sat down on the floor in front of them, bunched up her skirt, opened her legs, and inserted a speculum. It was a breakthrough moment for the attendees, most of whom had never even seen their own vulvas; by the end of the session, several women had volunteered to be examined. In the years that followed, such meetings would facilitate shared participatory knowledge, inspire women to recognize the paternalism inherent in the medical profession, and rewrite the language of reproductive anatomy.

“Menstrual extraction” was a strategic term that both accurately described the process of using a Del-Em device and obscured its most important function. Since the process ostensibly involves the extraction of menstrual matter (a process that gained its own following among feminists, including Downer and Rothman, who wished to condense the prolonged discomfort of a full-length period), it doesn’t need to be preceded by a pregnancy test. When I ask Downer how many abortions she facilitated, she laughs. “I don’t know! We didn’t know if [all of them] were pregnant,” she says. (She later clarified that the extracted contents of the uterus look different from menstrual material in case of a pregnancy.) The term “menstrual extraction” functioned like a secret, yet openly available esoteric text—if you knew, you knew. It shielded the group, the pregnant people they helped, and the device itself from legal action.

Bitch spoke with Downer in September 2021, revisiting her legacy at length over Skype as we celebrated the 50th anniversary of this remarkable invention. At 88, she remains an active figure in the battle for women-led reproductive justice and health, was animated and chatty, occasionally picking up and gesturing with the transparent speculum that sat on her desk. In describing the movement that made the invention of the Del-Em possible, Downer went off on fascinating tangents that underscored the reality of the women’s health movement as ordinary women coming together over a shared need. Though the women’s self-help health movement gained momentum across the United States and Canada, proabortion activism by an autonomous feminist collective wasn’t exactly popular within medical institutions. And yet, “We traveled everywhere, and everywhere there were women who wanted to learn this,” Downer says. Roe v. Wade made abortion the law of the land, but stigma and accessibility regularly thwarted those who sought to terminate pregnancies and underscored the need for safe alternatives. The fact that ME groups still train and serve newer generations speaks to the persistence of those barriers—and the determination, as abortion access is increasingly threatened, to never return to dangerous pre-Roe methods.

Throughout the 1970s, Downer and her colleagues trained practitioners via live ME demonstrations that were then adopted by other feminist health groups all over North America, forming networks through which integral reproductive self-help knowledge was shared. And though the Del-Em represented a resounding technological success, its utility was just part of the shared knowledge base these groups created through observations of each other’s cervixes, invested engagement with medical instruments like speculums, and more. Using empirical observation to document and understand their own anatomy, these women actively participated in the process of scientific knowledge—and, in doing so, challenged the primacy of a patriarchal medical establishment and the political and economic forces that turned reproductive science against its subjects.

Which isn’t to say there wasn’t an elephant in the room: It’s inaccurate to lump the Del-Em in with the implements of notorious backroom abortions, but we’re still talking about a fairly intense medical procedure carried out by people without official medical training. “How safe was the Del-Em? Were there complications?” I ask. Downer says that complications weren’t unheard-of (“not in our group, but in others”), but also believes that “the most unsafe abortion is still safer than being forced to have a child, just to give you perspective.” Care was always the driving principle of ME groups, and members always kept track of patients post-procedure, watching out for signs of complications, infections, or leftover uterine tissue—a level of personalized care that can be lacking even in clinical settings.

“Feminist self help did not just seek to simply reveal a new truth about reproductive health, but offered new practices for interacting with, caring about, and managing reproduction.”

Next to the other scientific and technological innovations of its decade—the microwave oven, the ATM, the desktop computer—the Del-Em might look like a simple device. But feminist scholar Michelle Murphy reminds us that the Del-Em was not only devised contemporaneously with technology like the UNIX operating system, it also shared the same utopian, open-source design philosophy that made that operating system possible. The Del-Em is modular and can be assembled using existing, readily available products like flexible aquarium tubing and mason jars. (The one-way valve is its most elusive component.) And because Rothman patented the device, she ensured that it didn’t fall into corporate hands. The decentralized networks of feminist knowledge created by the Self-Help Clinic movement opened up radical possibilities for inclusivity, and filled in critical gaps historically ignored by formal medical science. The simple act of sitting in a circle in someone’s basement rec room, examining one another with speculums and mirrors, let members reclaim their subjectivity in a world that had always reduced them to objects.

Moreover, it directly challenged the gatekeepers of medical science by taking on the problem of subjectivity headfirst: As Murphy writes in her 2012 book, Seizing the Means of Reproduction, “Feminist self help did not just seek to simply reveal a new truth about reproductive health, but offered new practices for interacting with, caring about, and managing reproduction.” Interventions such as the Del-Em capture what philosopher Helen Hester calls the “mesopolitical”—the intermediate (and often ignored) level of engagement that connects individual action to global politics and ideology. The antiestablishment beliefs and rhetoric of the Self-Help Clinic movement would have been of little use without the side-by-side production of real alternative solutions. And 50 years after the Del-Em was invented, menstrual extraction is used all over the world, from university campuses in North America to clinics in Bangladesh and Cuba. Murphy notes that the technology of the Del-Em exceeds the tangible device, encompassing the context in which it was created and the practice of sharing as a radical challenge to the patriarchal technocracy of medicine. The Del-Em was never completely validated by the mainstream scientific community, and has sometimes been the topic of a very polarized debate, especially around its use in shortening full periods. But the sheer ingenuity of this technology opened a new, hands-on chapter for feminist science. It’s this expansion of what feminist technology could look like that allowed the Del-Em, and the self-help protocols that it fomented, to break through its original white middle-class context.

But, as with most successful technology, the abortion science developed since the 1970s, including the Del-Em, can prove devastating in the wrong hands. In the 1990s, Del-Em–inspired vacuum aspiration techniques were widely used in the Chinese government’s sterilization program. The device’s portability and low operating costs, two of its winning points, led vacuum aspiration to be adapted widely in rural clinics in India and Bangladesh, where it has been deployed in caste-related and gender-selective terminations. Downer readily acknowledges this, backing the critiques made by feminists of color regarding the insular rhetoric of individual choice: “Choice means nothing when it is not also a choice to have children.”

And, as we know all too well, legalization of abortion only works if it is accessible to everyone who needs it. The ME trainings still conducted across the country are increasingly relevant as access to safe, legal abortion dwindles. Downer, for one, is still optimistic: “I have great faith in women’s ability to make change,” she says, smiling. 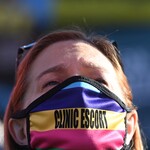 by Bitch HQ
Today’s case is not about one state’s decision, but about overturning decades of precedent. 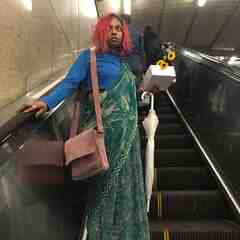