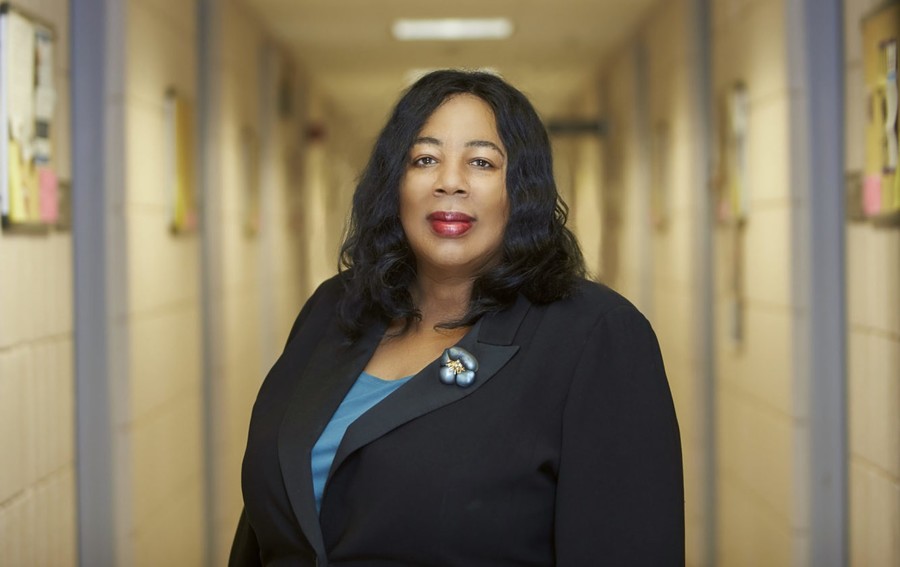 Harriet A. Washington, author of A Terrible Thing to Waste: Environmental Racism and Its Assault on the American Mind (Photo credit: University of Nevada at Las Vegas)

In A Terrible Thing to Waste: Environmental Racism and Its Assault on the American Mind, journalist Harriet A. Washington delves into the 15-point gap that exists between the average Black American intelligence quotient (IQ) and the average white American’s IQ, asking questions like: What is intelligence? How is it measured? Is the way that it’s measured biased? Washington ultimately draws the conclusion that, though IQ tests have been used and interpreted incredibly problematically, environmental racism—in addition to unequal access to education, healthcare, and upward mobility—is mainly to blame for disproportionate learning and intellectual disabilities in communities of color.

Washington argues that intelligence is malleable rather than fixed or inherited, and that it’s possible to solve the problem of poisons and pathogens attacking the nervous systems of people of color—and raise IQs in process. “We can end human exposure to these poisons, and we must do so for the sake of people of color, and for the sake of our nation, because we cannot afford to throw genius away,” she writes. A Terrible Thing to Waste opens in 1924 when the United States decided to iodize the salt in the country’s water supply. Though the goal was to decrease the amount of goiters in the population, the federal government’s attempt to combat nationwide nutritional deficiencies had an unintentional effect: it raised the average IQ in the United States by 15 points.

Washington uses this example to illuminate how our environment and experiences can impact our IQ scores, proving that these disparities can be addressed by doing as other developed nations do and restricting exposure to chemicals until they’re proven to be safe for the public to use, something the United States is very lax about. The book’s opening chapter also lays the groundwork for its overall takedown of hereditarianism or the claim that “intelligence is innate and immutable and insist that nothing—not better health, not education, not reducing poverty, not removing the assortment of poisons assailing the bodies and brains of children—can be done to raise the IQs of ethnic groups.”

While the book contains sections that detail and contextualize the specific ways in which white environmental racism targets Native American, Latinx, and Asian and Pacific Islander communities in the United States, it generally focuses on the Black community and the overwhelming burden of toxicity that has been placed upon them. Public landfills and corporate and military waste sites that dump hazardous materials in and around majority-Black neighborhoods, also known as fenceline communities, as well as limiting access to healthcare, have disproportionately exposed Black folks to parasites that sap up brain energy in utero.

These parasites can cause cognitive delays in teens, and polluted air that increases the risk of dementia disorders in elders. “African Americans and other people of color are 79 percent more likely than white U.S. residents to live in neighborhoods where these potent ‘brain thieves,’ emitted from bus depots, lead smolterers, petrochemicals plants, refineries, garbage dumps, incinerators, and even nearby highways, pose the greatest health danger,” writes Washington. But in order to understand how environmental racism targets the developing minds of BIPOC, we need to revisit what we have—or haven’t —been taught about intelligence. What is IQ, who gets to measure it, and what purpose does it serve?

“IQ is a crude, inaccurate, and biased proxy for intelligence,” writes Washington, but still this number has been “proven a predictor of success in school, social settings, work achievement, and lifetime earning,” which BIPOC are repeatedly barred from in this country. Not a single one of the experts Washington interviewed were able to define the term “intelligence”; some even responded “I don’t know.” Brick Lindsey, author of the 2012 book Human Capitalism: How Economic Growth Has Made Us Smarter—and More Unequal, responded, “There’s really no definition except ‘performing well on IQ tests.’” Developed in 1904 by French psychologist Alfred Binet to help address the needs of students struggling with schoolwork, the intelligence quotient is a number calculated by subtracting what he called one’s “mental age” from their chronological one.

“[Binet] rejected the notion that his test measured a person’s inborn or fixed cognitive ability,” University of Wisconsin-Madison professor of bioethics Pilar Ossario says in the book. “He also declined to use his test to rank individuals according to cognitive ability.” The misunderstanding and misapplication of IQ tests has since been weaponized as an ableist tool used to measure one’s productivity in relation to capitalism. While I understand this argument in context, the overall stress on developmental disabilities as problems that should be cured made me uncomfortable. The R-word is used throughout the book, despite the fact that self-advocates generally prefer the term intellectually and/or developmentally delayed (or I/DD). 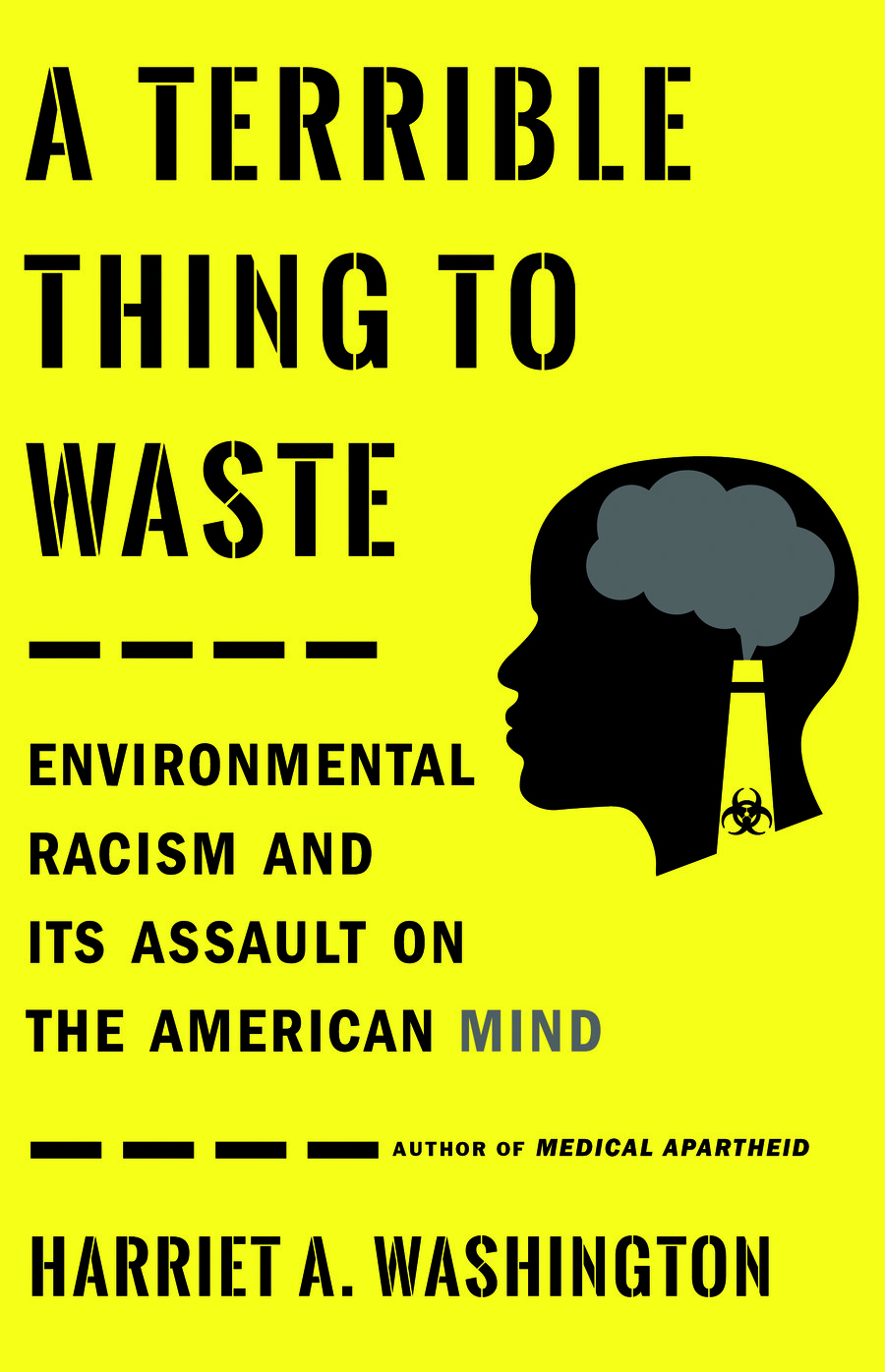 A Terrible Thing to Waste: Environmental Racism and Its Assault on the American Mind by Harriet A. Washington (Photo credit: Little, Brown Spark)

Folks with I/DDs, especially those of color, face discrimination that abled people are still not attempting to understand or fight, and their value shouldn’t be scored on a chart. Still, the book’s main takeaway remains that these disabilities were intentionally caused by environmental racism from the U.S. government and the corporations in its pocket. It’s rather harrowing to read how hereditarian scientists, psychologists, and other “experts” in the medical-industrial complex have crafted policy around the warped argument that BIPOC are mentally inferior. In 2009, hereditarian Jason Richwine argued in his Harvard dissertation titled “IQ and Immigration Policy” that Latinx immigrants are sullying the intelligence of the United States’ majority white population with their generational mental delays.

While Washington notes that this bias might sometimes be unintentional, Richwine’s dissertation is one of many research papers that demonstrate the propaganda that furthers white supremacy under the banner of “science.” As a reader who only reached a ninth-grade level of (institutional) education, I found the complex science and arguments in A Terrible Thing to Waste extremely readable, and though I began the book slightly daunted by its subject matter and length, I felt at ease once I dove in. Not only does Washington take an exhaustive look at how toxins, pathogens, and poisons are leveled against communities of color, she dedicates many of the book’s pages to naming solutions with which to fight these injustices.

She encourages families to enroll their children in pre-K, organize with other parents to poison-proof schools, and offers generous lists of federally-approved preservatives and their uses to watch out for. She recounts gains and losses in the history of the environmental-justice movement and catches us up on contemporary struggles and those leading their progress. Finally, the book ends with Washington offering step-by-step advice for reporting racialized polluting and pressing political bodies for accountability. She also conveys urgency because no one is looking out for the health of BIPOC in this country but other BIPOC, and together, life-saving change is possible. In the end, maybe our true measure of intelligence is our willingness to join in that fight.

Read this Next: There’s No Such Thing as Objective Science 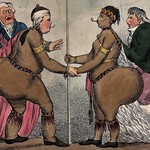