This story contains spoilers for A Wrinkle In Time.

“So, I basically want to be Meg now,” my 6-year-old daughter declared after watching Ava DuVernay’s new film A Wrinkle in Time during opening weekend. We took the whole family to one of those ultra-deluxe theaters with heated reclining seats, surround sound, and Dolby digital display. I wanted to make sure my three children, partner, and I had the full experience of taking in the vision of newcomer Storm Reid and her curly hair gracing the silver screen.

The movie tells the story of Meg Murry, an awkward brown girl, whose scientist father (Chris Pine) disappears inexplicably, leaving Meg, her brother Charles Wallace (Deric McCabe), and her mother (Gugu Mbatha-Raw) to figure out life without him. As their lives are upended, Meg struggles in school. Her grades plummet and she has a harder time fitting in. Then, one day, a woman shows up at her home. It’s Mrs. Whatsit (Reese Witherspoon). Soon after, we learn that she, Mrs. Who (Mindy Kaling), and Mrs. Which (Oprah Winfrey) are a part of a magical force of soldiers in the Universe who seek out good and fight evil. Somehow, Meg and her family are wrapped up in this intergalactic fight.

As the film unfolds, Meg learns that her struggles and the relationships she’s treasured with her mother and brother after her father’s disappearance are the very things that will save them all in the end. It isn’t some superpower like flying or running faster than a speeding bullet. It isn’t a boy she’s in love with who shows up to save her. Even after stumbling and somewhat losing her way, Meg is the hero she’s been waiting for.

It is in this storyline—one of loss, coping, mental anxieties associated with managing new family dynamics, and our common inclination to blame ourselves for problems out of our control—where I saw myself reflected. It made me remember when I was a little Black girl dreaming. I had lanky limbs, clunky glasses, kinky hair, and a propensity for science, too. I also lost my father, not to a wrinkle in the Universe, but it may as well have been. It felt no different to me. As a small child and even into my teenage years, I struggled to place myself amongst a community of others. I spent more time focused on what I lacked than what I possessed. This came to the forefront of my mind when, at one point, Meg is speaking with the principal at her high school. He asks her what she would do if her father returned right then. She tells him, “the world would make sense again.” 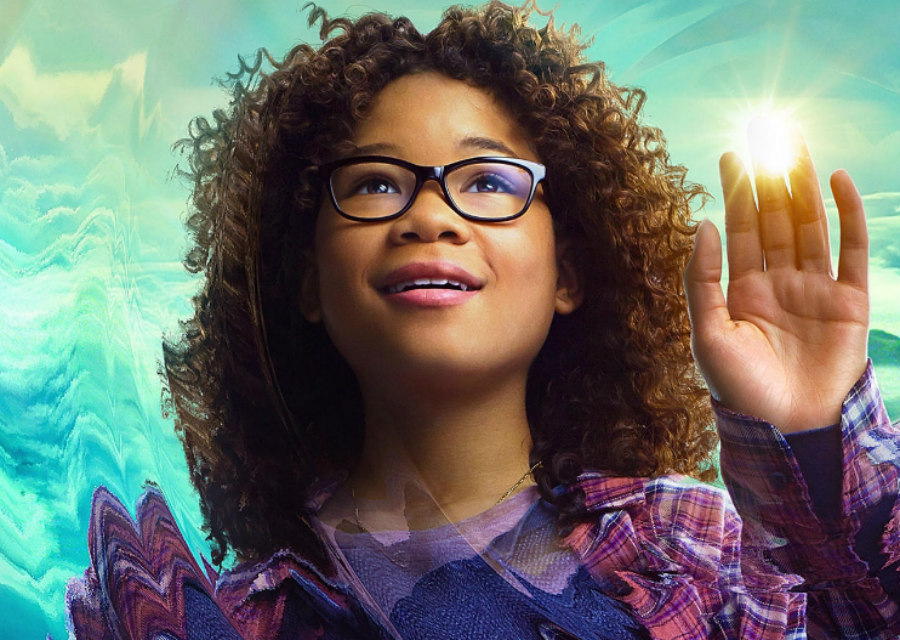 In her imagination, her father returning is the answer. She hasn’t yet figured out that the person she is, on her own, is truly enough. Even without him there.

It’s an important story, especially with a young girl of color cast as the lead. But, this story almost didn’t happen. The classic book of the same name, written by Madeleine L’Engle and originally published in 1962, was rejected 26 times. The original story was always meant to tell the tale of an awkward girl with “flyaway hair, braces and glasses but who was also and to a much greater degree concerned with the extent of her own intelligence, the whereabouts of her missing scientist father, the looming threat of conformity and, ultimately, the fate of the universe,” according to Pamela Paul, editor of the New York Times Book Review. So, A Wrinkle In Time isn’t Disney’s typical Cinderella story.

I imagine the rebellious feminism underlying the story drew DuVernay to the project after helming Selma and 13th, two movies that directly confront the Black experience and the enduring systems that operate to exclude and oppress Black people. Of course she’d take this opportunity to introduce the nuances and complexities of Blackness, too.

“You’re seeing worlds being built from the point of view of a Black woman from Compton,” DuVernay told onlookers at the New Yorker festival in October 2017, according to Vanity Fair. “So, when I’m told, ‘Create a planet.’ My planet is going to look different from my white male counterparts’ planet, which we’ve seen 97 percent of the time, so you’re used to seeing this that. So, is this going to be as fallible, as interesting, as intriguing? These are all questions that we’ve only barely been able to ask with Patty Jenkins’s great work in Wonder Woman. What do worlds through a woman visionary’s lens even look like?”

Thus, with a $100 million budget, it is no wonder why the fantastic journey through space and time was as engaging visually as it was narratively. Some criticized the film, saying it suffered from too large a budget and too little emphasis on developing a convincing story. Others focused on its merits, casting actors across the color, age, and size spectrums in roles typically reserved for stereotypical white entertainers. Perhaps, a more important intervention the film makes—whether one found the writing clunky or the music too loud—is its intentional reframing of the genre. 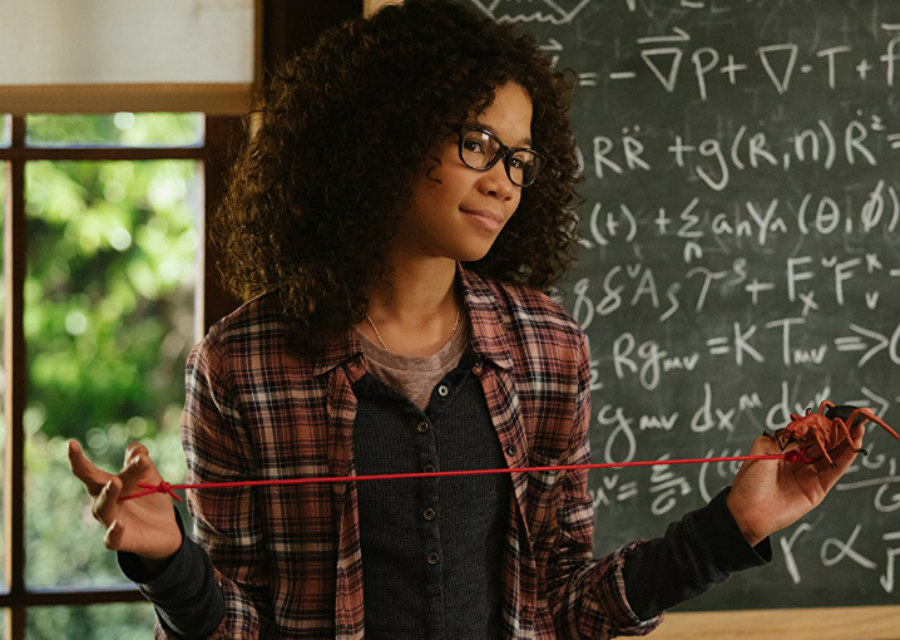 The world DuVernay created was beautiful. It was alive. It was loud because it was real. And, as many children’s lives are, the story was told through the memories, connections, unspoken moments, and uncertainty of figuring it all out. DuVernay’s efforts to honor the wonderment of Black childhood without recasting it as something requiring perfection, fixing, or superhuman abilities was a reminder that Black children, and Blackness, are enough. Not only are they enough, they are capable of changing the world. And, she was always aware that this story wasn’t going to be for everyone.

But, these projects, like Disney’s Coco and Moana, are not happening in a bubble. They’re a part of a larger effort from directors, producers, and writers from marginalized communities to change the way Hollywood makes movies, whose story are deemed worth telling, and how the stories many grow up watching reflect back the myriad experiences of childhood. “It’s not hard, it just takes intention,” DuVernay told People. “I’ve heard some people say it’s reverse discrimination, but I can barely fix my mouth to answer a statement as ignorant as that. We’re trying to correct, lead by example. It’s an act of resistance.”

I would like to think the child version of me needed an Ava DuVernay. While I eventually figured it out, with a few bumps along the way, it would have been affirming to see a girl like me using her mind to change the world. Luckily, my daughter lives in a time where Meg Murry exists and she’s a vibrant, honest, and imperfect as the rest of us. She likes school, but doesn’t have to be valedictorian. She is clumsy at times but that’s what makes her cool. Having a brown girl like Meg Murry, jumping planets and rooting out darkness, is a reminder that little Black children don’t have to be born of gods, descendants of Wakandan tribes, delivered here by alien art crafts, or endowed with mutant powers to be inherently good. They don’t have to wear capes. They don’t have become special to be special. It took me nearly 30 years to learn that.

When I asked my daughter why she liked the movie so much she told me, “She saved the day. She did it all by herself. I want to do that one day.”

I already thought she could save the day just as she is. But, it’s important that she have multiple sites of affirmation for that goal. Thankfully, we live in a moment where she does. 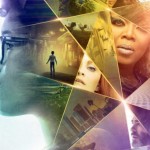 by Evette Dionne
This BitchTape is full of songs about how we can all be the greatest version of ourselves.