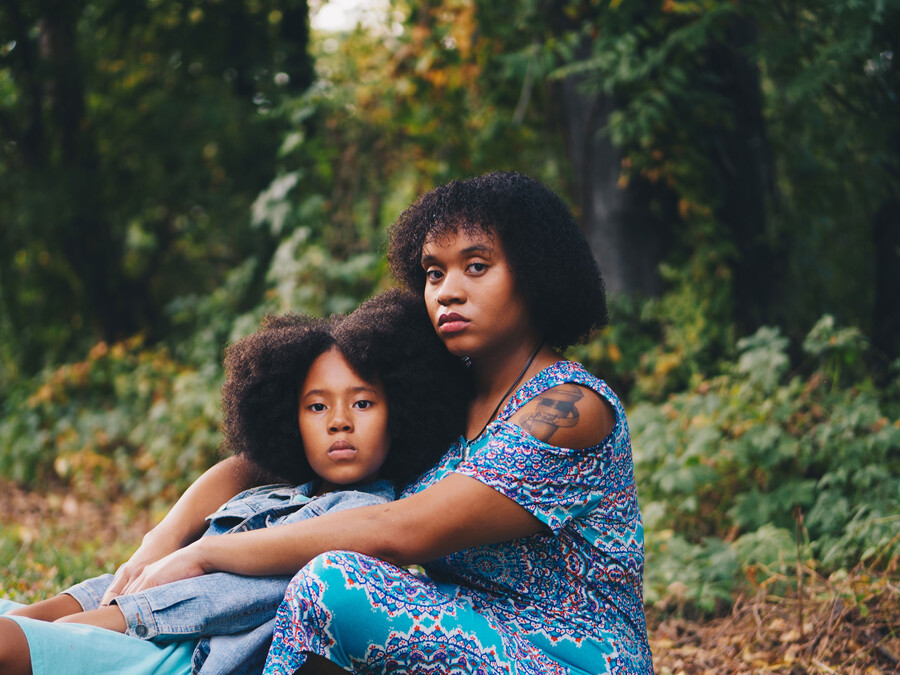 In the wake of the police killings of Breonna Taylor, George Floyd, and Rayshard Brooks, it is becoming increasingly impossible to ignore the movement for abolition. The #8toAbolition campaign is a helpful blueprint, explaining that abolition entails not only defunding police and freeing people from prisons and jails, but also investing in housing, healthcare, and education. In a June 12 New York Times op-ed, prison abolitionist Mariame Kaba skillfully details what a society without police and prisons might look like—one “built on cooperation instead of individualism, on mutual aid instead of self-preservation.” Kaba shows that modern policing is rooted in 18th- and 19th-century slave patrols that captured enslaved people who’d escaped plantations. Abolition teaches that there’s no redeeming the institution of policing. We must imagine and work toward abolitionist societies beyond surveillance, imprisonment, occupation, borderization, and militarization.

For decades, activist and feminist scholar Angela Davis has vehemently argued that abolition is not only a process of dismantling and tearing down but also one of building up and creating new institutions. In her 2005 book Abolition Democracy: Beyond Empire, Prisons, and Torture, Davis draws inspiration from W.E.B. Du Bois’ groundbreaking 1935 study Black Reconstruction, in which he explains that that the abolition of slavery remains unfinished. Although Black people were legally emancipated, he argued, an “abolition democracy” was necessary to eradicate the oppressive conditions produced by slavery. He saw a momentary glimpse of such a democracy in the radical nature of Reconstruction, which promoted “endowed Negro education, legal civil rights, and eventually even votes for Negroes to offset the Southern threat of economic attack.”

Building an abolition democracy that nourishes and nurtures Black life is ongoing. It’s a project and practice of healing from the violences of policing and incarceration. Black feminists teach that we must heal from the violences of racism and carceral capitalism​. When I participated in a recent Black Lives Matter demonstration near my home in North Carolina, I noticed two Black women burning bundles of sage, chanting words of protection as they meandered through rows of fellow protestors. An ancient and ancestral practice, smudging is a way of purifying spaces and summoning the sacred. Indeed, when I spoke with Erika Totten, spiritual life coach and facilitator of Harriet’s Apothecary—a healer’s collective led by Black cis women, queer, and trans healers in partnership with ancestors and the earth itself—she noted the importance of invoking the sacred when protesting and demonstrating in the streets. “There’s a level of alchemy in creating healing spaces. Even in the midst of these systems of oppression, we are still calling ourselves sacred.”

Recently, the collective published a piece on what it means to be a healer during a time of abolitionist uprising. Their guiding questions invite us to acknowledge how we have internalized racial capitalism, white supremacy, and the prison-industrial complex. Inspired by the abolitionist healing practice of Harriet Tubman, they invite us to ask ourselves, “how can healing help us transform the impacts of oppression on individual, communal, and systemic levels?” Harriet’s Apothecary creates spaces where Black people, Indigenous people, and other people of color can remember and restore their individual and collective power, aliveness and wholeness. Harriet’s Apothecary’s work has been inspired by the Black Panther Party, trans women of color sex workers like Miss Major and Mirha-Soleil Ross and young abolitionalist organizers like the Young Women’s Empowerment Project in Chicago.

Their work is rooted in an ancestral, “anti-oppressive, trauma informed practice,” where the ultimate goal is the liberation of Black people. Harriet’s Apothecary is committed to creating sacred spaces for Black people to find and create joy, harmony, and community. Totten, who specializes in healing from internalized oppression, explained: “Need a blanket? We got you. You need some water? We got you. You need to twerk? We got you. You need a nap? You can lay right here and I’m going to place this nice, beautiful blanket over you.” For the healers, cultivating spaces of joy and collective transformation is an essential part of abolitionist organizing. Tubman, who sustained a head injury at a young age and experienced seizures throughout life, became a nurse to Black soldiers in the Civil War; part of her legacy is to remind us to listen to the wisdom of our bodies, however it shows up.

Adaku Utah—a queer Nigerian herbalist and organizer working at the intersections of racial justice, healing justice, and reproductive justice—told me that Tubman trusted the “medicine from her body, the medicine from her rage, the medicine of strategic abolitionist organizing, and the medicine of the North Star.” Utah also insisted that Tubman never left anyone behind—a point that is significant for the work of Harriet’s Apothecary. After all, mass incarceration and militarized policing are products of neoliberalism, an ideology that prioritizes the individual over the collective and strategically abandons unruly, unproductive bodies. Neoliberalism produces disposable people, and those who can’t or won’t submit are disappeared into prisons. As Utah noted during our conversation, “one of the designs of capitalism is to separate us not only from our bodies that bring us power, but also from our people who bring us power.”

While capitalism envisions disembodied workers that produce endlessly, Utah’s healing practice centers and honors the body. One of their gifts is bearing witness to the ways Black bodies have been shaped by systems of violence and working with Black people to envision and embody “living more in our dignity, belonging, and power.” Healing is a practice of turning away from the politics of disposability, control, and punishment; it’s a returning to our bodies and to one another. It asks how we can imagine and embody new worlds. Abolition is, at its core, about creating new worlds. It’s about experimentation and imagination—replacing cultures of punishment and making possible another world in the present. Tiffany Lenoi, a New York–based Harriet’s Apothecary healer, visual artist, and educator, invited me to stop thinking of time in a linear way. “Abolition is nonlinear,” they said. “That’s why we’re able to be changing the present while living in the future now.”

Lenoi pointed out that the healing collective is intergenerational and “guided by the genius of young folks and the wisdom of ancestors.” It’s made up by a collective of folks, in an overlapping present, past, and future. The future came up repeatedly during my conversation with the healers. Totten shared a story about a session with a young woman who was carrying decades of pain and trauma. “When was the last time you were held when you cried?” Totten asked her. Immediately, the woman burst into tears and dropped her head onto Totten’s lap. When she expressed concern over Totten’s dress—stained by snot and mascara—the healer replied, “You are worth more than my dress.” The young woman continued to cry for several minutes, until finally she looked up and wondered, “Where did you come from?” Totten replied instinctively: “The future.”

Many healers turn to the past for a theory of the future, engaging with time in these nonlinear ways. Israel Dominguez, a scholar of curanderismo—an ancestral Mexican American system of healing—grew up watching his mother perform limpiezas, or cleanses, on people in the community: egg limpias to get rid of mal de ojo and barridas to cast off envidia or susto or other negative spirits. Curandero/as offer a wide range of services—among them massage, herbal remedies, bone-setting, and midwifery—and treat spiritual and metaphysical ailments like terror, envy, and curses. A borderlands tradition entrenched in the violences of and responses to colonialism, these practices address bodily, spiritual, and social healing.

Healing is a practice of turning away from the politics of disposability, control, and punishment; it’s a returning to our bodies and to one another.

One of the more famous healers Dominguez studies is a woman named Teresa Urrea, who was born in the late 1800’s in Sinaloa, Mexico, and whose work inspired an insurgency in the town of Tomochic. Dominguez explained that hundreds of disenfranchised farmers rose up in defiance of the Mexican government, all in the name of a fierce devotion to Urrea and her egalitarian and feminist teachings. When I asked Dominguez to explain the relationship between healing and abolition, he said, “Poor farmers and laborers rose up against the government in the name of a healing saint. You can’t more clearly illustrate how the political and the spiritual are tied together, and curanderismo highlights that, especially with its holistic focus on wholeness.” Curandero/as are often authorized by virtue of having suffered an affliction or having overcome an obstacle; Urrea, for instance, began to experience religious visions following a serious illness. Her source of knowledge was the affliction itself.

To return to Tubman, our bodies—though they have been disciplined, surveilled, and targeted by state violence—hold immense knowledge and a capacity for healing. Imagining ways of living outside of carceral capitalism requires returning to these bodies, and the wisdom they offer for abolitionist dreaming. Queer Black troublemaker and Black feminist love evangelist Alexis Pauline Gumbs writes that abolition looks like “being partners in radical healing.” In an essay for Critical Resistance’s 2008 manifesto, Abolition Now: Ten Years of Strategy and Struggle Against the Prison Industrial Complex, Gumbs imagines that abolition is not “a shattering thing, not a crashing thing, not a wrecking ball event” but rather “something that sprouts out of the wet places in our eyes, the broken places in our skin, the waiting places in our palms, the tremble holding in my mouth when I turn to you … something that grows … the fruit of our diligent gardening.”

As we consider abolitionist futures that eliminate cultures of punishment and policing, we must return to the wisdom of ancestral healing. The women I met at the protest carrying sage embody what abolition might look like. Yes, it’s a tearing down of violent institutions, an elimination of destructive energies and empowered hatred. But, it’s also an invocation of the sacred—consecrating and creating freer futures in the now, living both here and there, all at once.

Read this Next: Political Possibilities 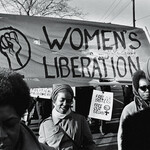 by Elizabeth Jordie Davies
Black feminists and abolitionists teach us to demand more, even in a moment when it seems like we’re already fighting for so much.