Is the Abortion Rights Movement Becoming a White Woman’s Story? 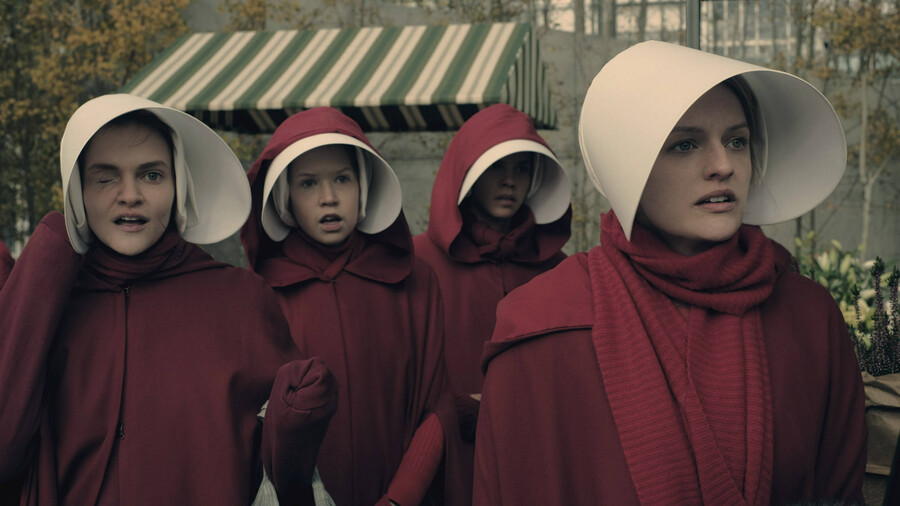 Though the United States has been attempting to chip away at abortion access for decades, Donald Trump’s 2016 election seemingly posed a more immediate threat to Roe v. Wade—and awakened many liberal white women to the country’s ongoing battle to restrict reproductive rights. So they took to the streets, leading to a constellation of cultural symbols that quickly came together at the Women’s March and other protests: the pink pussy hat; #Resistance posters featuring Rey from Star Wars: The Force Awakens; “This pussy bites back” posters; lots of period art; and the robes and white hats of The Handmaid’s Tale. The thought of blatant misogyny running rampant in the White House surprised those who hadn’t been paying attention, ushering in a renewed focus on preserving and expanding abortion access. This cultural backlash sowed the seeds for Hollywood to release a record-breaking number of abortion films—12 in total—in 2020.

From the Rookie-flavored teen-buddy comedy Unpregnant to the indie sleeper hit Saint Frances, audiences were treated to a slate of movies that didn’t just mention abortion in passing, but used the procedure to guide the film’s narrative arc and central tension. Most of these films had a clear pedagogical mission: destigmatize abortion and create an open conversation about the difficulties of receiving one. Yet, in a year where filmmakers pushed the abortion narrative in new directions, the films themselves still overwhelmingly focused on cisgender white women terminating their pregnancies. Rashaad Ernesto Green’s Premature was the sole film in this new canon directed by a person of color. White girl protagonists became stand-ins for a “universal” experience that renders legible the basics of abortion restriction to the widest possible audience, which is odd considering the cultural specificity of white women’s woes.

In Unpregnant, Veronica (Haley Lu Richardson), a type-A, affluent white girl who’s planning to attend an Ivy League university, finds out she’s pregnant. She enlists the help of her ex-best friend Bailey (Barbie Ferreira), a stylish outcast with no future prospects, to travel to a different state and get an abortion without parental consent. From her parents’ Catholicism to the religious fanatics with a literal, secret anti-abortion bunker, the movie is rife with the lessons about a particular cultural experience. But would a Hispanic girl’s experience be too fraught to strike the right light tone? Veronica’s hard work and collegiate future is constantly utilized as a self-evident mode of logic. She deserves her abortion (2020’s Never Rarely Sometimes Always does a good job of avoiding this particular virtue trap). The universality of the white, pregnant teen drives how we talk about abortion, yet these teen narratives don’t reflect reality at all, as a 2020 study by Advancing New Standards in Reproductive Health found.

Although teen pregnancies account for only 12 percent of abortions in the United States, one-third of 2020’s abortion films depicted teenagers. Meanwhile, 59 percent of people who get abortions have already had at least one child. It’s not that stories of teen pregnancy are unreal, but it’s telling that this has become the dominant story, as though white filmmakers can’t imagine barriers to abortion beyond parental consent laws. In this way, the misrepresentation of abortion in pop culture directly correlates to how white people guide the way we talk and think about abortion in this country. White feminists have shaped our understanding of abortion access in the United States, often explicitly privileging frameworks that discourage intersectional messaging and policy. In 2020, Marie Solis, a journalist who covers abortion access, wrote an article for Jezebel about how “unclickable” her articles about abortion had become over time. Solis wrote that other social issues, including police brutality and student debt, feel more pressing for young women, especially young Black women. But she sees the decline of abortion coverage in women’s media outlets as a natural consequence of white feminism historically shaping reproductive-health priorities and coverage. “If women of color, and Black women, in particular, feel estranged from the mainstream pro-choice movement, it’s at least in part because it has historically centered white women and still largely targets white women with its messaging,” she writes, before explaining that in the ’90s, women of color tried to push for a framework of reproductive justice rather than reproductive rights.

The Petrie-Flom Center at Harvard Law School notes that the reproductive-rights framework focuses on individual reproductive freedom through the law and tends to highlight issues such as sex education, family planning, and the debate between anti-choice and pro-choice legislators. Reproductive justice is much more holistic, focusing on the different factors that shape healthcare policy and on-the-ground access, from affordable insurance for women of color to environmental and medical racism. But as Solis points out, “Larger, predominantly white reproductive rights organizations have gotten more funding, more attention, and therefore more power to shape the national discourse around abortion.” This same pattern of estrangement continues in Hollywood: The white feminist gaze has continued shaping abortion narratives in a multitude of ways. Unpregnant, Never Rarely Sometimes Always, and even Borat: Subsequent Movie Film all feature scenes where girls are talked into visiting crisis pregnancy centers, which bait vulnerable pregnant people into receiving information designed to talk them out of having an abortion. (These centers have received at least $30 million in federal funding since 2016 and more than $4 million in COVID-19 relief alone.)

For some people in this country, crisis centers and abortion clinics are one and the same. Mississippi, the state with the greatest percentage of Black people in the United States, has only one remaining abortion clinic. Those seeking abortions in Mississippi are told by their medical providers that they should hear the fetus’s heartbeat; that there’s a link between abortions and breast cancer (untrue); and that they must wait 24 hours after their consultation to receive their abortion (in some states, the waiting period is 72 hours). Women of color and poor women have fraught histories with the medical establishment, especially those that purport to address reproductive health. In 2020, a whistleblower in Georgia revealed that women incarcerated in ICE detention facilities were given hysterectomies that rendered them infertile without their consent. Where are similar stories that detail what it’s like to navigate a medical system that doesn’t always serve you? What about stories that go beyond the clinic, like the 2018 article in California Sunday Magazine about a sex worker who provides abortions for people in need and is introduced to an underground network of midwives and doulas who do the same?

The white feminist gaze has continued shaping abortion narratives in a multitude of ways.

Although I’m not advocating that you give your friend an abortion, the demand for underground abortions highlights how inaccessible compassionate medical care remains for so many people. I sometimes worry that white women have become too satisfied by their burgeoning politic to reckon with the realities of fighting an intersectional feminist struggle for reproductive justice. In this way, the abortion story feels like just another collectible identity marker that liberal feminists patch together. In a 2019 article for the White Review, Sophie Lewis, author of the 2019 book, Full Surrogacy Now: Feminism Against Family, summed up this tension well: “Instead of figuring out what solidarity means, some of us want to dress up and say ‘we are all reproductive slaves’, despite being white (i.e. with no direct ties to the butt-end of American reproductive slavery), financially secure, and mobile enough to feel no grave or immediate threat – even under Trump – to our own personal access to abortion.”

If Roe v. Wade is repealed, many people will lose the precious right to govern their own bodies. My mother is from Argentina, a country that decriminalized abortion only a few months ago. When my mother—white, middle-class, urbane, and 17—got pregnant, her mother was able to arrange an abortion for her. It was a harrowing, traumatic experience, but she got it. When an 11-year-old girl was raped by her grandmother’s boyfriend in rural, poor Tucumán Province, she was denied the abortion she begged for. It is not within the history of white feminism to represent this kind of reality, as it prefers to tell the white women’s story from every angle as the totem of universal experience and reasonable progress. On the other hand, I know the issue isn’t that white, female directors want to tell these stories. Many of these movies are indies brought to life not by big studio execs and focus groups but by small, dedicated creative teams. On their own, most of these films were good, sometimes even great. But this is the price of hegemony: A single story carries so much undue weight that it becomes contextualized by its overrepresentation. This is a burden for the artist, for the audience, and for the movement. It’s a burden on the art itself.

Read this Next: Colorblind Justice 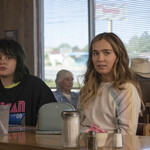 by Kyndall Cunningham
While “Unpregnant” succeeds in illustrating a larger thesis about abortion roadblocks, it fails at developing its supporting characters. 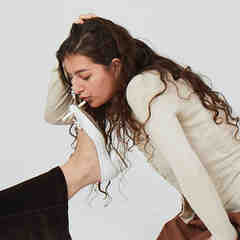