TV Has Shifted Our Cultural Perception of Who Has Abortions 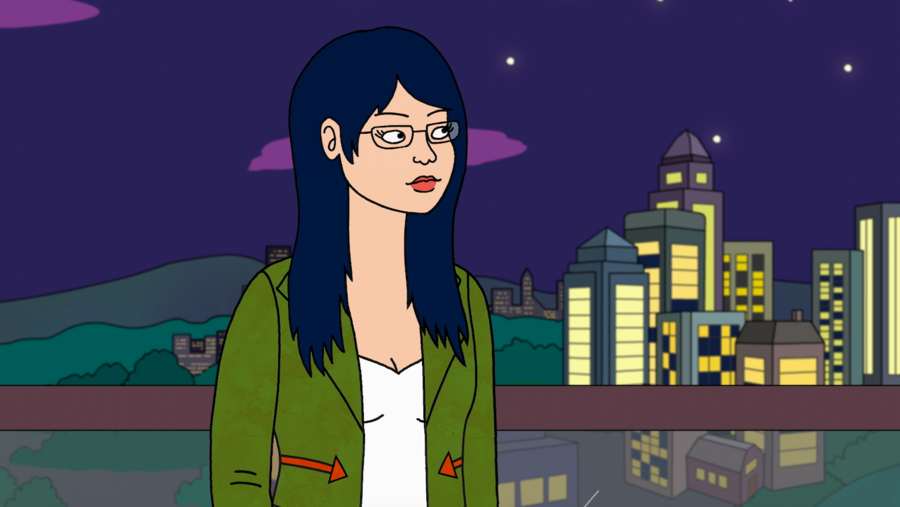 Television has often afforded abortion a nuance that politicians miss, allowing viewers to better understand the procedure and empathize with characters who terminate their pregnancies. In 2015, the Advancing New Standards In Reproductive Health (ANSIRH)’s Abortion Onscreen Project found 78 storylines on American TV between 2005 and 2014 where a character considered having an abortion. (Fifty-one percent of those characters decided to have an abortion.) While an increase in abortion storylines might feel like a positive shift, ANSIRH also found that 87 percent of onscreen characters who get abortions were white compared to 36 percent in real life.

“The majority of people who have abortions are people of color,” Renee Bracey Sherman, founder of We Testify, a National Network of Abortion Funds’ program for people who’ve had abortions, tells Bitch. “So when television and film aren’t representing us, not only is it inaccurate, but it’s also showing us that our stories don’t matter and aren’t the norm.” People of color who seek abortions need to have their stories told because that helps fight stigma and spark conversations about  reproductive justice. “When characters of color have abortions, it allows us to explore our own experiences and humanity more fully, and interrogate the systems at play when we had our abortions,” Bracey Sherman continues. “These depictions help dispel racist myths about us, our fertility, and why we have abortions. When we’re centered, all else will be taken care of.”

Since showcasing people of color having abortions is so culturally important, there should be more of a genuine interest in showcasing these stories onscreen, but Bracey Sherman says that many TV writers “aren’t aware of the demographics of who has abortions and why.” “If there’s a lack of racial diversity in the writers’ and audition rooms, you’re going to see it on screen in the characters’ experiences as well.”

Sociologist Gretchen Sisson, who’s one of the researchers for the Abortion Onscreen Project, agrees. “There’s a difference between Black women getting an abortion, and stories that feature a Black actress playing a character getting an abortion. While these stories are important as far as representation, it doesn’t mean [the shows] actually identify the racialized aspect of abortion and access.” While TV shows are still learning how to tell accurate and authentic stories about marginalized people who have abortions, there have been a few examples that have had lasting impact. 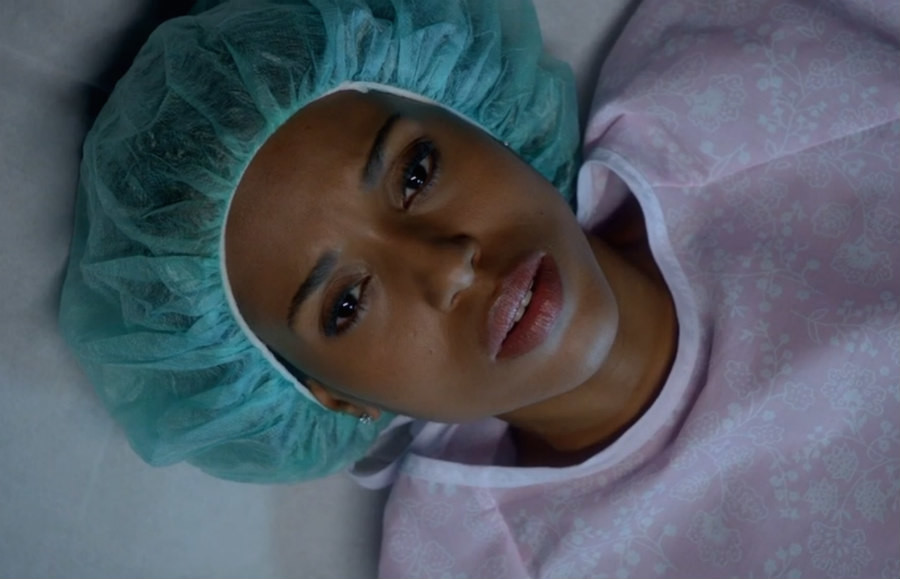 Scandal is often lauded for being progressive, though Olivia Pope’s (Kerry Washington) relationship with President Fitzgerald Grant (Tony Goldwyn) isn’t exactly empowering. Yet, Scandal continually gave power to marginalized characters and didn’t shy away from politically-charged topics, including abortion. In “Baby It’s Cold Outside,” Pope decides to have an abortion. While the moment is important, it’s not overdone; Pope has her abortion, and moves on, and doesn’t ever second-guess what her gut told her was the right thing to do. 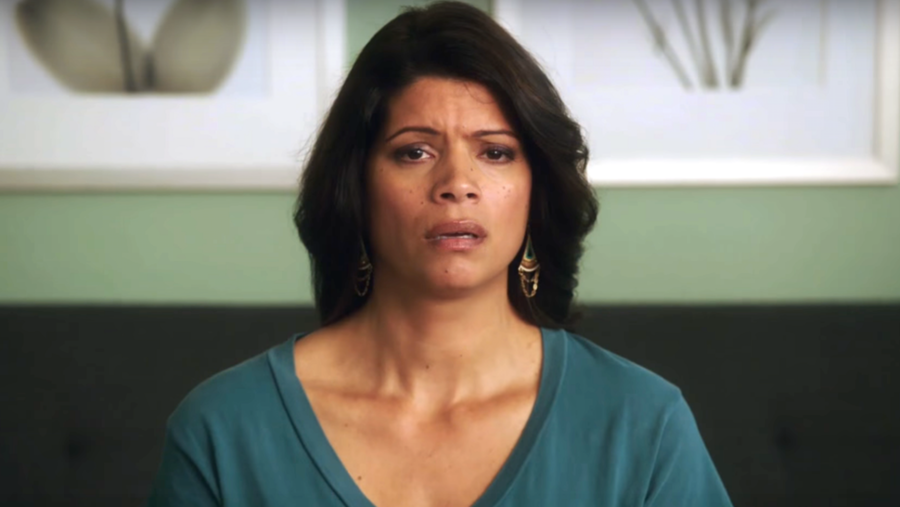 Andrea Navedo as Xiomara on Jane the Virgin (Photo Credit: The CW)

Abortion is often stereotyped as a procedure that only irresponsible, sex-crazed teenagers need. We know that isn’t the case since approximately 60 percent of people who have abortions already have children. Xiomara (Andrea Navedo) is in that number: After being a teenage mother to Jane (Gina Rodriguez), she has no interest in keeping the child she conceives with her on-again, off-again boyfriend Rogelio (Jaime Camil). It’s important that a show about three generations of Latinx Catholic women are fighting to right an incorrect stigma about who gets abortions. Though Xiomara’s mother, Alba (Ivonne Coll), disagrees with her decision, she still supports her, and the show never attempts to shame Xiomara. Instead, Xiomara and Albanavigate their tension in an instructive way for those who might not agree but still want to support their relative.

Netflix’s BoJack Horseman has always willingly addressed social issues, including mental health, addiction and, in the third season, abortion. In the “Brrap Brrap Pew Pew” episode, Diane (Alison Brie) becomes pregnant. Not only does her partner, Mr. Peanutbutter (Paul F. Tompkins) support her decision—it’s the first thing they’ve ever agreed on—but the show turns her abortion into a joke. When Diane accidentally tweets about her abortion to millions of pop star Sextina Aquafina’s (Aisha Tyler) followers, Sextina Aquafina owns the moment: She turns it into multiple songs (complete with violent music videos) and sings joyfully about “baby-killing” making her “horny.” BoJack Horseman is so absurd that the episode doesn’t feel jarring, but it’s still courageous for a Netflix cartoon to poke fun at such a controversial issue. The episode seems to say, “We know everyone doesn’t support reproductive rights, so we’re going to swing as far left as we can.” 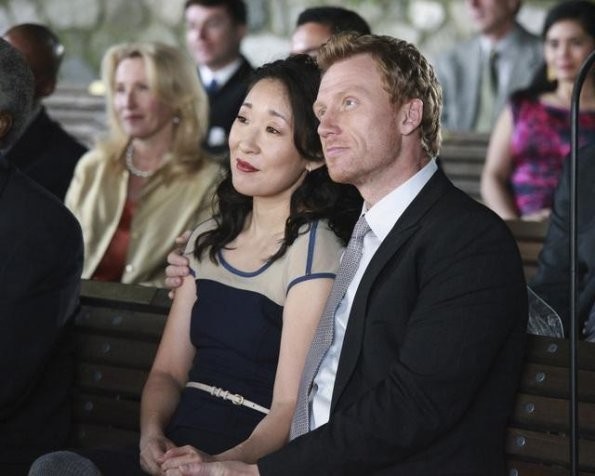 Dr. Cristina Yang’s (Sandra Oh) abortion is painful to watch because her partner Owen (Kevin McKidd) reacts so harshly to her decision. Their marriage had long been complicated by Owen’s desperate desire for children and Cristina’s disinterest in doing so. Owen is overjoyed when Cristina becomes pregnant, cheerfully saying, “I cannot believe this is happening.” Cristina is not at all excited about her pregnancy. “I don’t want one,” she tells Owen. “I don’t hate children, I respect children, I think they should have parents who want them.” While Owen eventually comes around to supporting her choice, he later throws her decision in her face. In Season 8, Owen shouts, “You killed our baby,” during a fight. 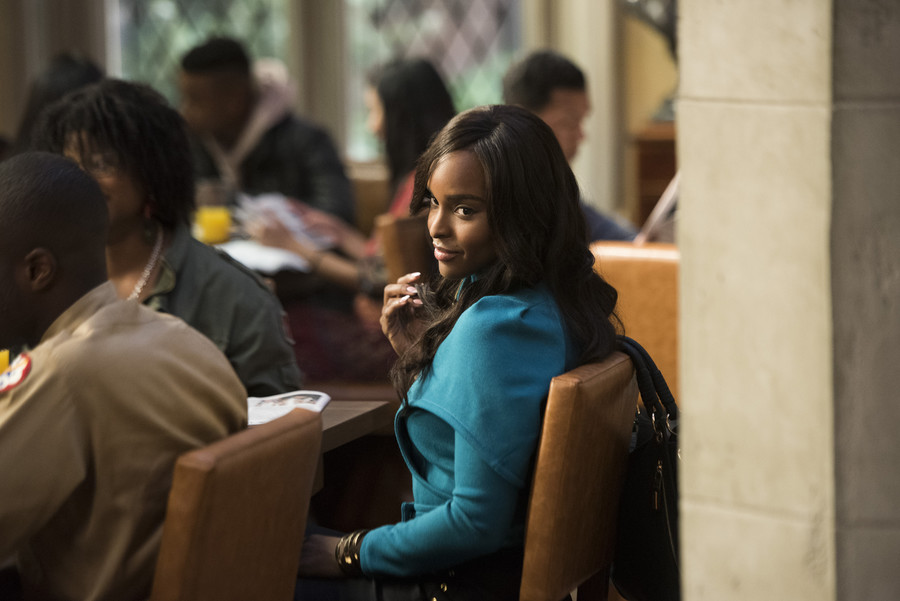 Dear White People recently aired one of TV’s most thoughtful depictions of a woman of color having an abortion. Coco Conners (Antoinette Robertson), Winchester University’s resident defender of respectability politics, terminates her pregnancy because a child would jeopardize her chances of being the first person in her family to finish college. Race is a big factor for Coco as weighs the pros and cons of having an abortion: She feels a lot of pressure to be perfect on a campus that often judges her for either being too Black or not being Black enough. Dear White People also acknowledges that Coco’s able to exact agency in a way that other Black people aren’t. A friend tells her, “At least we’re not having this discussion in Texas or Kentucky.” 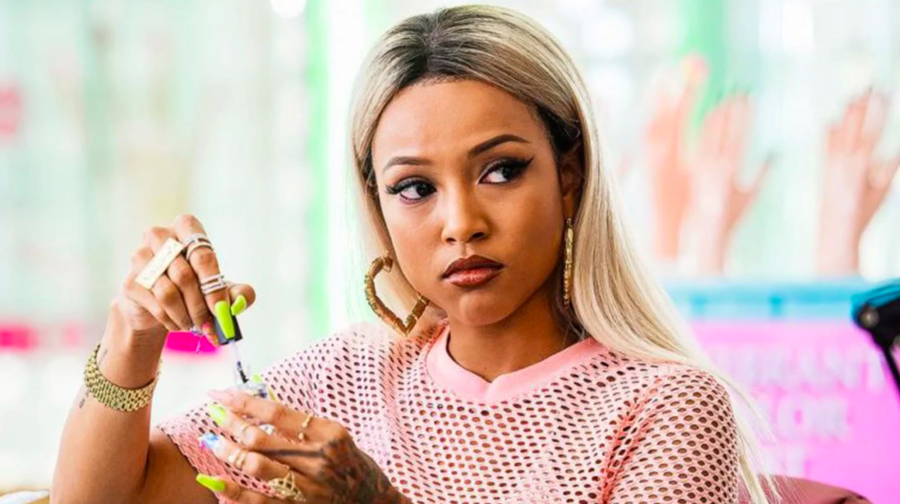 In the second season of Claws, Virginia (Karrueche Tran) confidently decides to have an abortion. Virginia isn’t a super wealthy or powerful woman like Olivia Pope and Coco Conners; she’s a sex-worker-turned-nail-technician who willingly participates in a money-laundering scheme. Onscreen and in real life, Virginia might have faced shame and judgment, but on Virginia’s friends support her decision. Her partner accompanies her to the clinic, and her decision sparks a larger conversation about each character’s experiences with abortions. Claws presents abortion as commonplace medical procedure that only one person needs to make a decision about. Claws and Dear White People appear to continue a new onscreen trend of, as Sisson describes, “Black women characters thinking and talking about getting abortions in a way that recognizes their position as women of color.