About the Art: The Facts Issue | Bitch Media

About the Art: The Facts Issue 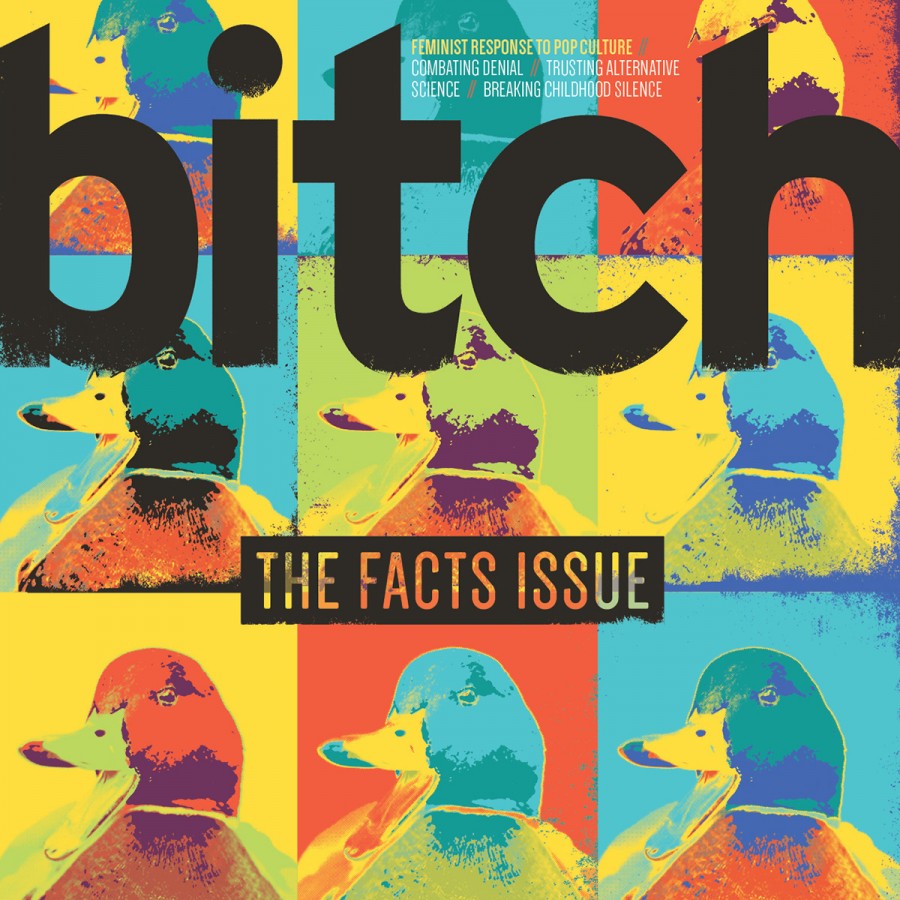 Various flavors of this expression, which is sometimes referred to as “the duck test,” are tossed around to mean basically “it is what it is.” We more or less use it to show that something is exactly what it seems to be, and that we should trust our perceptions about it. But should we?

The origin of this phrase indicates how slippery, and even ridiculous, those perceptions can be.

The first written reference to “the duck test” is sometimes credited to a 19th-century American poet James Whitcomb Riley, but it turns out that a French 18th-century mechanical duck and it’s creator, Jacques de Vaucanson, may have inspired the question. According to Mirror Online:

That mechanical duck was built to astound audiences, by quacking, moving it’s head to eat some grain, which the mechanical marvel seemingly digested and then after a short time, the machine would round things off by plopping out a dollop of, what has been described as, foul smelling sh*t.

Mechanically, it pooped like a duck—or at least like a slightly off, uncanny-valley version of a duck. And the philosophical debate it sparked feels eerily familiar: If this vintage mechanical duck appears to be a duck, is it actually a duck? Where does artificial intelligence become indistinguishable from what it imitates? If we call something a fact, or say it’s fake news, is it? Or is that also just a load of shit folks make up to look good to the public?

The duck test has been used to bolster stereotypes dating all the way back to anti-communist sentiment in 1940s America and McCarthyism. “I can’t prove you are a Communist. But when I see a bird that quacks like a duck, walks like a duck, has feathers and webbed feet and associates with ducks—I’m certainly going to assume that he is a duck,” said Emil Mazey at a 1946 labor meeting while secretary-treasurer of the United Auto Workers. Dressed up as factual, the idiom smacks of racism, xenophobia, and has been wielded in a host of dismissive, hurtful, and dangerous ways.

Computer science proposes a counterexample to expose the ridiculousness of the duck test. The Liskov substitution principle, in short, states that you can’t just switch out a fake duck for the real thing: “If it looks like a duck and quacks like a duck but it needs batteries, you probably have the wrong abstraction.”

Our cover could be a counter to this duck test, too. Even before we talked about the duck test, I wanted to call attention to the lens you carry with you. I was interested in co-opting a pop-art style to channel Warhol, not just because we are a pop culture magazine, but for the message behind his medium. By pushing image degradation and the variation that happens when we reproduce images—such as the beautiful, unique “flaws” in silkscreen or the distortion in xeroxing—each version looks less like the original image. It becomes less and less duck-like, an abstraction of the original. I wanted a visually punchy way to have you question what you are actually seeing. 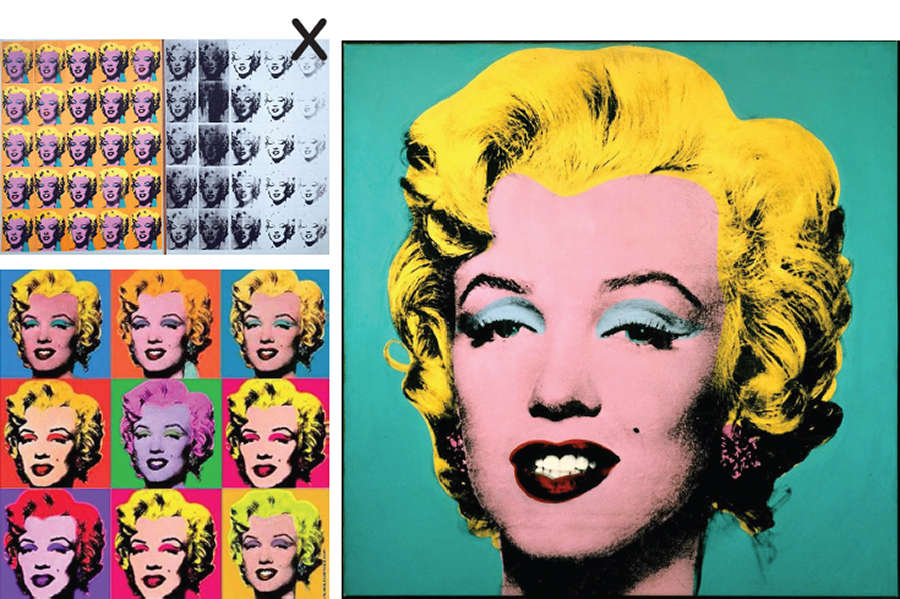 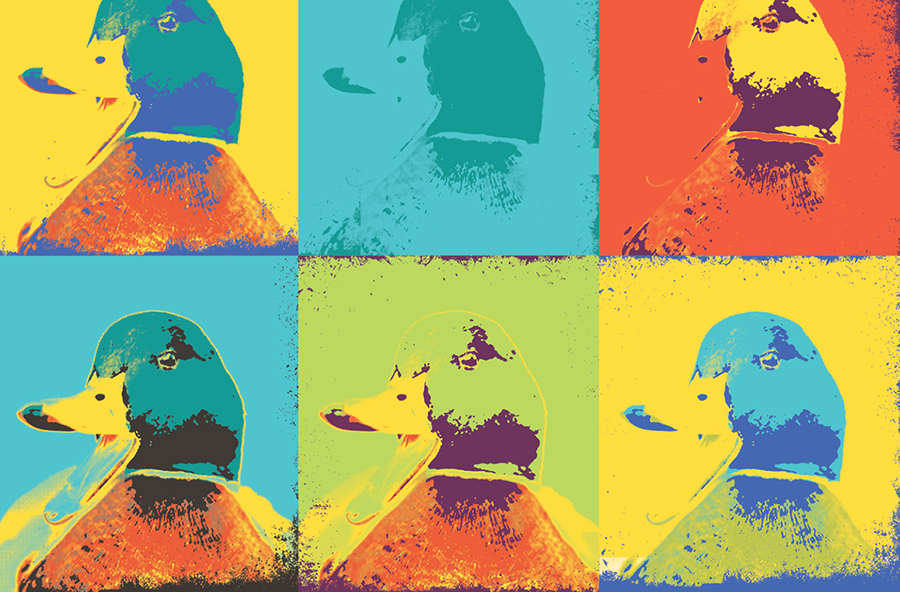 And let’s get real, treating this particular duck image like Warhol’s Marilyn Monroe portraits also just struck us as hilarious. I can almost hear this duck quacking “facts” over and over as I see it repeated on the page. 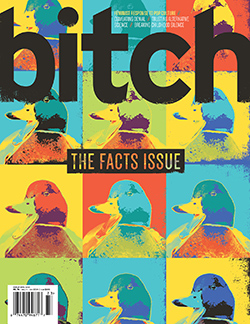 It was also not lost on us that one well-known Donald is a duck. Any loose association to another Donald who dominates our cultural landscape seemed appropriate for an issue that is questioning the very nature and use of facts. As Lisa Factora-Borchers put it in the editor’s letter for this issue, “These days it’s not just about what you know but about how you have come to know what you know.” This cover is a duck—and not a duck. Embedded in each seemingly black-and-white fact you hold dear are all the complexities of the culture that has deemed it so. In our case, that culture is steeped in colonialism and racism—and it’s up to us to interrogate the lens that frames our history and our truths.

Illustrators featured in the Facts issue

A unique feature of our print magazine is the artwork we feature throughout each issue: comics, independent art, and illustration. Not only is illustration a crucial part of the stories we want to tell, but including it means that we get to work with a whole crop of awesome, smart, unique feminist visual contributors each quarter. Below are some sneak peeks.

We asked our talented squad: “What is your favorite fiction that you used to think was fact?” 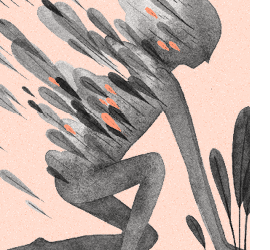 Maggie Chiang (“Unnatural Selection,” illustrations) is a Taiwanese American illustrator based in Los Angeles. Her illustrations evoke a longing for adventure and the pursuit of the unknown, exploring impossible landscapes and places unseen.

“As a kid, I liked thinking that the clouds were made of cotton candy. And that if I ever got the chance to fly in a plane, I would like to try those sweet clouds.” 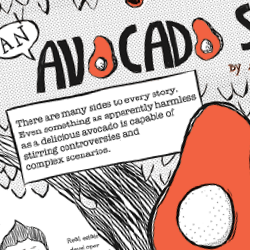 Alejandra Espino (“Drawn Out,” comic) lives and works in Mexico City, where she writes and draws comics, collaborates on different artistic endeavors, and plots how to open possibilities of new stories and spaces alongside like-minded misfits.

“In Mexico, there’s an urban legend about the character actor Joaquín Pardavé, who died in the 1950s. The legend is that he was cataleptic and when his family exhumed his body to search for his will, they found the body as if the actor had woken up inside the grave and tried to crawl his way out, to no avail.” 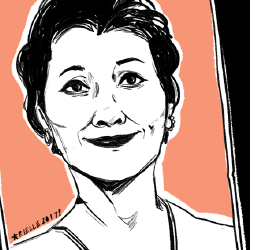 Arielle Jovellanos (“Adventures in Feministory,” comic) is a New York-based freelance illustrator and comic artist. She’s interested in all forms of storytelling, and she wishes she had a cat.

“I used to believe that Canadian money smelled like maple syrup.” 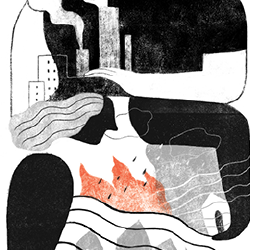 Tess Rubenstein (“Expensive Denial,” illustrations) is a multidisciplinary artist hailing from a foggy mountain in the San Francisco Bay Area. Her work draws inspiration from all things homegrown, using print, digital media, and surface design to create approachable art for young and old alike. She received her BFA from the Pacific Northwest College of Art in 2017, and currently lives as a morning person in Portland, Oregon.

“I used to think that mermaids lived in kelp forests.” 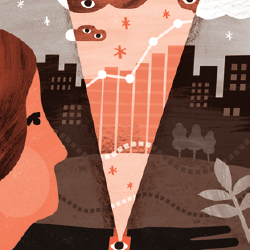 Meredith Sadler (“Biopower to the People” illustrations) is a Toronto-based illustrator and graphic designer who loves to experiment with all things visual, from low-fi sketchbook scribbles to coding information visualizations. Problem solving with some music on is her favorite part of the design process.

“As the budding innovator that I believed myself to be as a young child, I thought I had invented a fantastic new knot that would release its hold when the ends of the rope were pulled. I was more than a little miffed to discover the fact of the slipknot, well documented.” 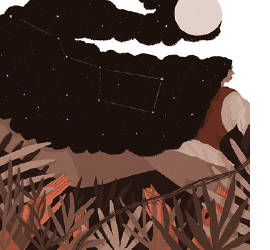 Loveis Wise (illustrations for Reviews sections) is a freelance illustrator based in Philadelphia. Her work is heavily influenced by womanism and her love of color. Her clients include Philadelphia Printworks, Refinery29, BuzzFeed, and Wieden+Kennedy.

“I’m obsessed with Tanis, a podcast exploring scientific themes and conspiracy theories. I thought the myth of the lost city of Tanis was real.” 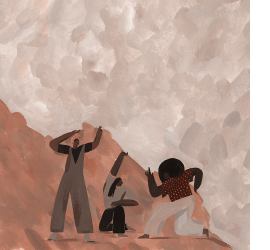 Ping Zhu (“The Fragility of Silence,” illustration) gets paid to paint pictures. Her sense of humor has been described as “dark,” “dry,” and “depressing.” Her work, on the other hand, is much more colorful and a 180 from her personality.

“As a kid in LA, I used to think that everyone driving on the freeway in the same direction as us was also going where we were going. How wrong I was.”

Want to make comics or illustrate for Bitch?

Check out our illustration guidelines here, including more about our upcoming themes and pitching for “Adventures in Feministory” and “Drawn Out.” 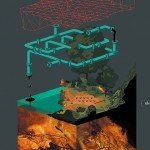