About the Art: The Invisibility Issue | Bitch Media

About the Art: The Invisibility Issue

It didn’t feel right to create a cover for the Invisibility issue that was based heavily in pop culture references like invisible ink and Magic Eye images. (Though as an introvert, I was tempted to explore the fun in being invisible.) The fact is, more often than not, people, marginalized communities, and parts of our culture are not invisible by choice. In this time of ahistoricism, where so much is based on “right now,” we wanted to reference the history of violence on which the U.S. has been—and continues to be—built, from slavery and colonialism to devastating environmental practices, to the destruction of sacred lands and resources that were not here for the taking. No big deal, right?

I worked closely with staff designer Alexxander Dovelin to find tangible ways to visualize some of the truths of invisibility that we discussed as a staff, prompted by an idea about history and transparency from our managing editor, Lisa Factora-Borchers. Here, the whitewashed map of the U.S. hovers heavy above barely contained layers of fire and oil. Strata representing infrastructure, labor, and fertile lands are threaded together in symbiotic layers that aren’t just about the past: What we do now is feeding the fire of the narrative of this country.

It is a perpetual fight to keep the problematic truths of history alive in our stories, particularly when nostalgia is popular and our reactive news cycle makes forgetting even more prevalent. As we started translating our ideas visually, a strong theme of the environment emerged, but as with any symbolic visual there is more to be read depending on your perspective. We hoped that the cover might get you thinking about what is not specifically illustrated here—the people and communities that support us and can move us forward—to bring to mind and memory what has been rendered invisible. 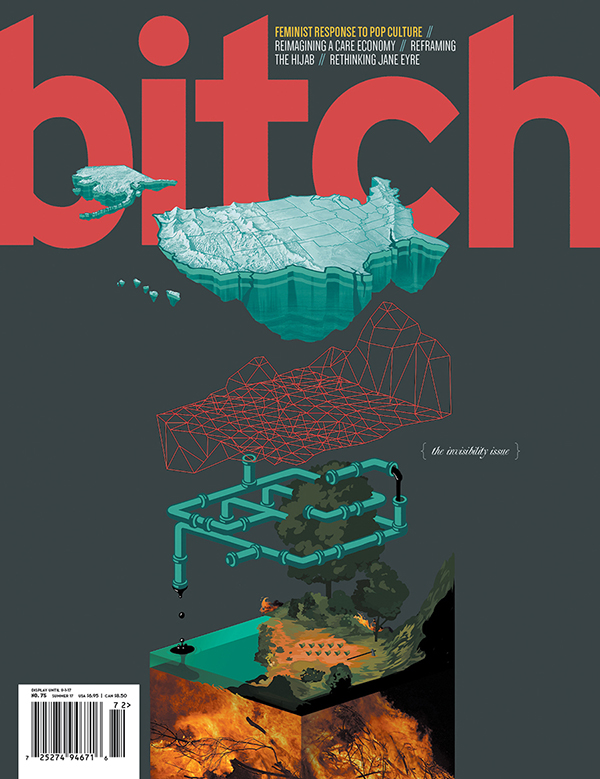 Illustrators featured in the Invisibility issue

A unique feature of our print magazine is the artwork we feature throughout each issue: comics, independent art, illustration, and hand lettering. Not only is illustration a crucial part of the stories we want to tell, but including it means that we get to work with a whole crew of awesome, smart, unique feminist artists each quarter. Here are some sneak peeks from our latest crop of talent: 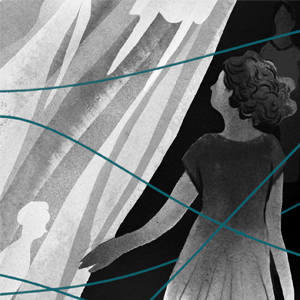 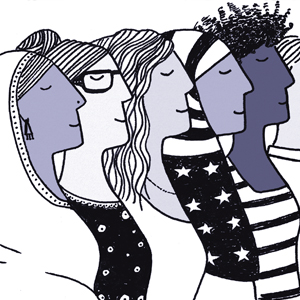 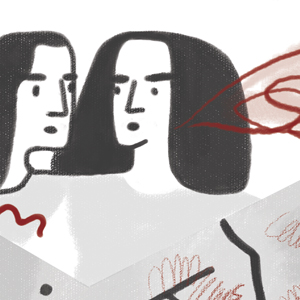 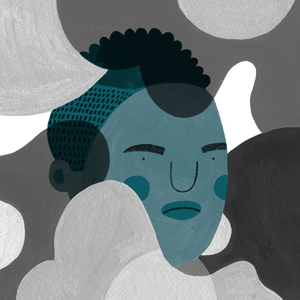 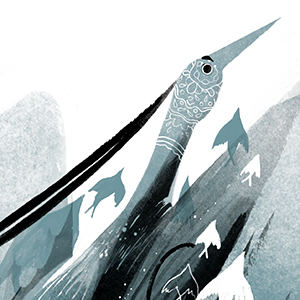 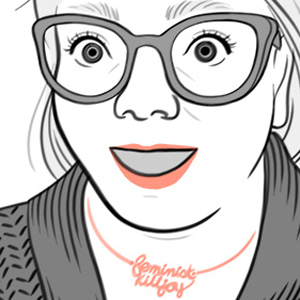 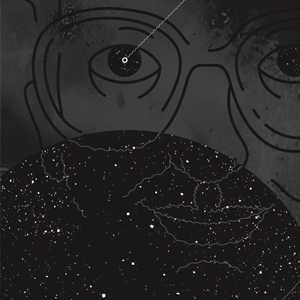 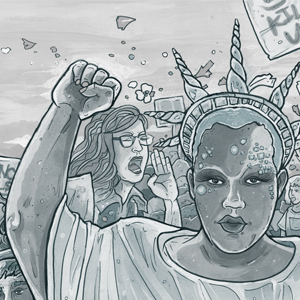 Neda Hajmomeni (illustrations, “Visibility or Complicity?” The contentious intersection of Western capitalism and the hijab)

Gurleen Rai (illustrations, “A Modest Proposal for a Fair Trade Emotional Labor Economy”: A proposal about care labor for everyone)

Molly Mendoza (illustrations, “Believe Me”: Genderqueer and nonbinary survivors of violence on visibility and identity)

Check out the Invisibility issue here. 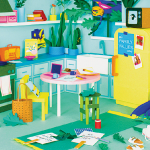