About the Cover: How Designing Bitch's Micro/Macro Cover Affected my Vision, Migraines, and Health | Bitch Media

About the Cover: How Designing Bitch's Micro/Macro Cover Affected my Vision, Migraines, and Health

I turned to readers to help choose the elements of our Pulp cover—a cover that we’re pretty sure is part of the reason that issue has already sold out. But for Micro/Macro, I found myself looking inward, and the design became much more personal than I expected or wanted. As the editorial staff discussed the concept of perception, I recalled a striking resemblance between close-up retinal photography (EYEBALLS!) and high-res photos of planets (SPACE!!!). Both resemble gorgeous, lit-up clusters of veins and star maps, with perspective residing in the eye of the beholder.  Since I was due for new glasses, I thought I’d spring for a visit with a fancy eye doctor and sweet-talk the optometrist into giving me the pics of my own orbs.

But the resulting photos indicated some troublesome developments. After several days of rushed tests, ruling out the most scary and urgent diagnoses (stroke, aneurism, tumor), a neurologist diagnosed a significant, very treatable—but dangerous if ignored—condition that I’m pretty sure would have gone undiscovered had it not been for this cover. I have what is terrifyingly called “pseudotumor cerebri.”

It turns out “psuedotumor cerebri” is not a tumor at all—it’s a high concentration of intercranial pressure that was causing blind spots, migraines, and concentration problems. All of these are problems which I had written off for quite some time as just “normal” activity. Now, thanks to the Micro/Macro cover, I’m undergoing treatment that’s relatively simple and seems to be working well. I’m now taking a drug that reduces the pressure and—added bonus—happens to be a good treatment for the migraines I’ve suffered from for 15+ years.

Sometimes the best design ideas are straightforward. I could picture this cover finished as a strong image, and I liked the metaphor of looking inward at something tiny or outward to new frontiers. (Incidentally, I sourced this particular photo from the National Eye Institute/National Institute of Health…my photos were not as stunning.) When we posted this cover online, folks thought it might be everything from sunspots to breast tissue, and I like the ambiguity in how it was percieved.

So, this cover—whatever you might see in it—represents new territory for me, a personal statement on the magazine theme, an interior universe discovered.

Anaïs Nin wrote, “We don’t see things as they are, we see them as we are.” Whether you see the big picture or the detail in front of you, your lens is inseparable from the vision. And I may not be able to top those laser-eyed sloths, but I am on the mend—and this is the beautiful cover that was meant to be.

Want more about the magazine art? Let us know!

In the meantime, check out Behind the Scenes: Sketches from Our New Micro/Macro Issue.

*** UPDATE from one of our fab readers: for more info on intracranial hypertension, visit the IH Research Foundation. ***

Design may be a headache, but apparently, it's also a real life-saver! Glad to hear it's treatable and nothing so scary as laser beams or tumors :)

Wow! That's a beautiful way to get a diagnosis!

i was diagnosed when i was 12, and the eye doc said there was no treatment

last year, i tried to follow up (i'm 38 now) and the eye doc again said there was no treatment, other than losing weight

i was all ... really? is that what you said to your thin patients?

i'm so excited you shared your story with us! (plus, the covers really do spur my purchases!)

<p>Hi Cicely! Do get another opinion. Rapid weight gain CAN be a cause, but my neurologist told me that I had "idiopathic" intracranial hypertension—the first word is idiopathic, which she specifically pointed out means THERE IS NO SPECIFIC REASON for it in my case. (I really pressured her, because I had read it could be weight related. I had gained a little bit of weight, and she insisted it was not enough in my case, and that this is not always a cause.) I had a very hard time letting that go, because I like reasons and I like being able to do something about problems. But in my case, the medicine to lower the pressure helped.
</p><p>
I added a link to <a href="http://www.ihrfoundation.org/" target="_blank">visit the IH Research Foundation</a>...I don't advocate for self-diagnosis but it's SO important to ask questions. I was lucky to have an eye doctor initially who felt the situation was urgent enough to scare me, escalate the problem, and coach me through the right things to say to get it through insurance loopholes...and insurance that covered it. But asking the right questions helped.</p><p>
Thanks for your nice note! I'll have to write more cover stories. Maybe not as many health-related ones, though. :)</p>

Relevant: Three Things I Love About Our New Website Design 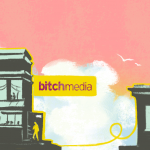