About the Cover: The Money Issue | Bitch Media

About the Cover: The Money Issue 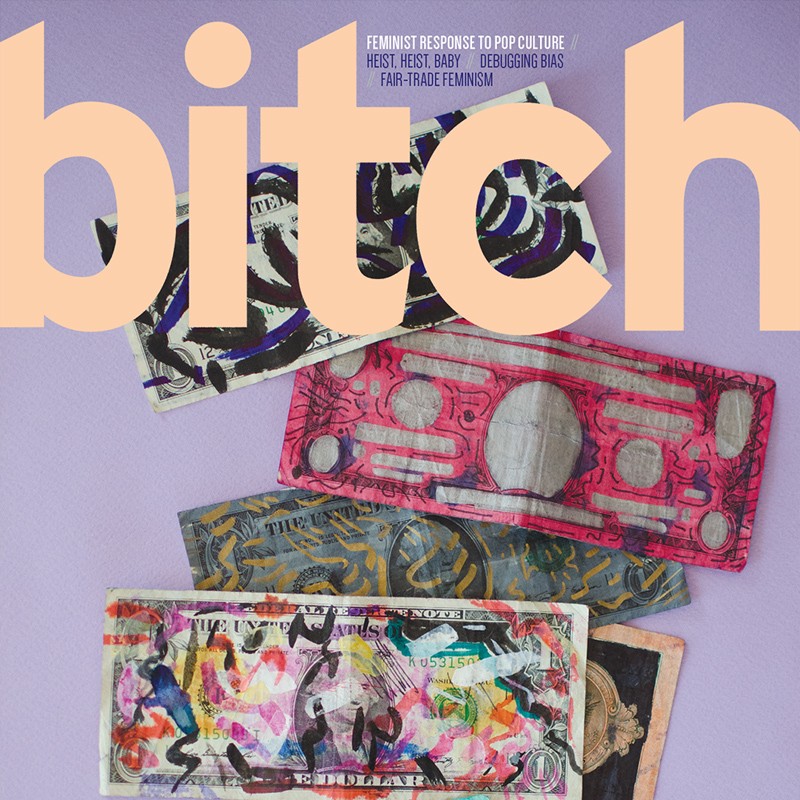 Money is colored by deep and complex emotional and political struggles. But in designing the cover for our summer print issue theme, Money, we decided to explore visuals that were more tactile and visceral. We are confronting the face value of money: the surface design of it, its value as a visual icon, whose faces stare out from it, and what it means to alter those faces. 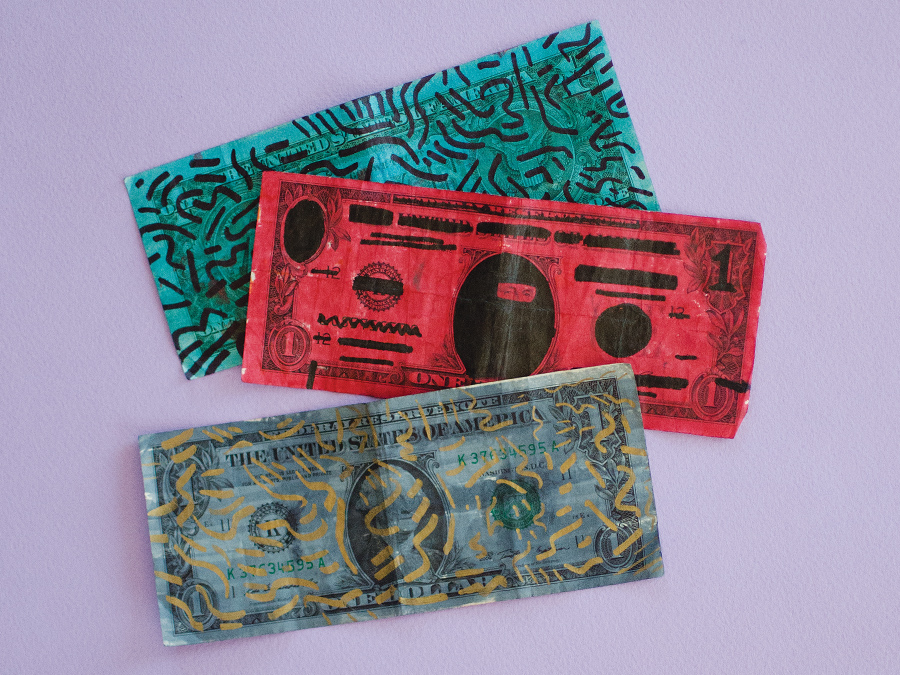 Our currency holds so much weight and influence over our lives, but the value we place in these paper notes is arbitrary. The U.S. $1 bill is iconic, but the dead white dudes, the monochromatic color, and the fact that $1 is worth less and less these days all indict the bill itself as a representation of an archaic system. Almost every design student I know has had to redesign money as a school project, and we discussed redesigning our money for this cover. What would feminist money look like? Would a money revolution actually be money at all? 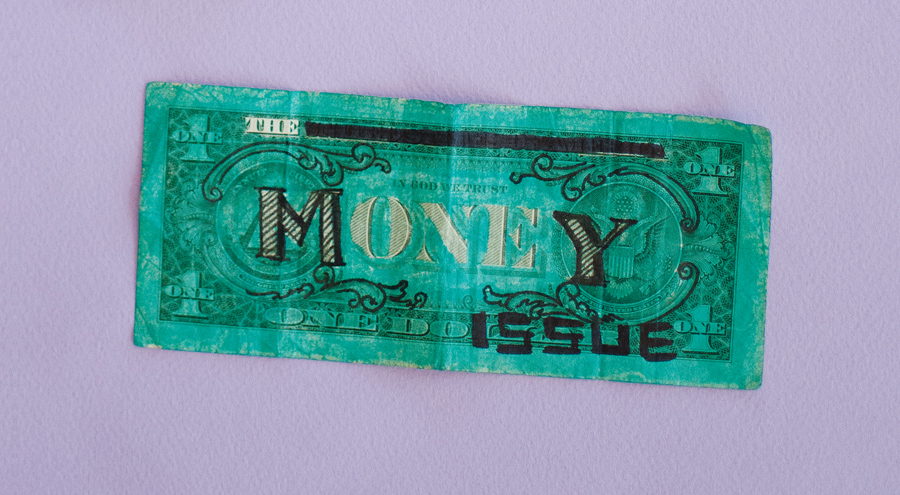 But what if feminist artists altered the face of our currency as a social conversation? What would be brought out in its design, and what would be hidden? How much can one “mess with” currency before it loses its value? Before it becomes unrecognizable?

I set out to push these ideas with Ebin Lee, a prolific illustrator who works in digital techniques, collage, paint, and Sharpies with equal enthusiasm. Our explorations became the basis of this cover. By talking together about our work process and even ideas about money in general, and then making work separately, we were able to influence the work with our own perspectives but come up with a singular design. Together we explored the surface of money, staring at it repeatedly as we worked, considering it both as a physical object and a digital image we could manipulate. We really looked at this thing that we, as a society, both obsess over and look past every day. We talked about how even though we think of our U.S. money as ugly compared to some of the multicolored, recently redesigned money from around the world, there are some really beautiful and intricate details in it. It’s iconic. It’s delicate, easy to destroy, and yet it sticks around. The surface is strange and slimy. We both were a little bit grossed out thinking about why it feels the way it does.

Despite the elaborate details, the delicate marks and flowers, money is a restrictive, oppressive, patriarchal symbol of our culture. As Ebin said, it was liberating to take this mundane, patriarchal symbol and change it. To see it transformed into a colorful and strange new object, with some of the original reference showing through. We hoped the act of making this cover art would be subversive, but I think we were both surprised that we really did feel that power as we finalized the designs. 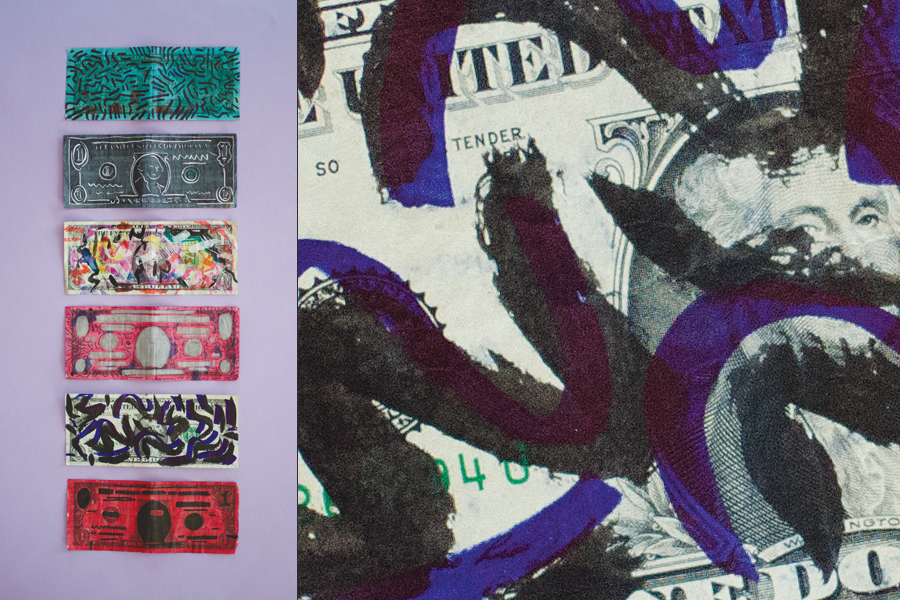 We sought to highlight some details, while obscuring or altering others. The final product lives between destruction (as currency, most of these bills would now not have value) and creation (are we adding value to them, as art?). To celebrate our independent media, creating an image of “beautiful, queer, alien money,” as Ebin called it, seemed a fitting frame for the issue. 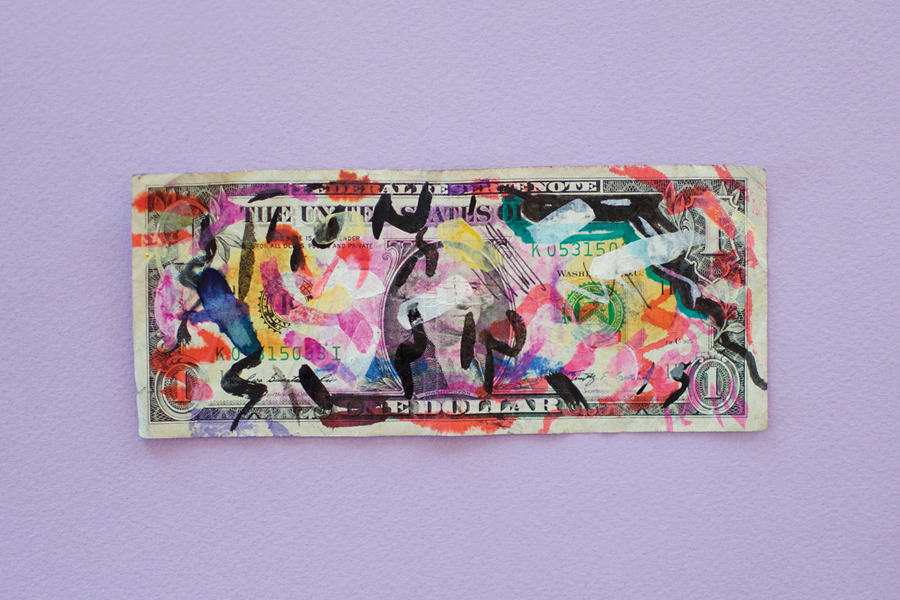 Subscribe here to get your very own copy of the Money issue.

Thanks to Ryan Brown for photography and additional lettering.

Ebin Lee lives and draws pictures in a lives and draws pictures in a seedy basement room in Portland, Oregon. They make pattern-based drawings that root from their charming anxiety. Ebin writes, “The first thing I bought with my own money was an Everclear CD at Walmart.” Find more of Ebin’s work at ebinlee.com or follow them on instagram @ebin.lee.

Relevant: About the Cover: The 20th Anniversary Issue 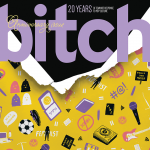 by Kristin Rogers Brown
A behind-the-scenes look at the art featured in our 20th anniversary issue!