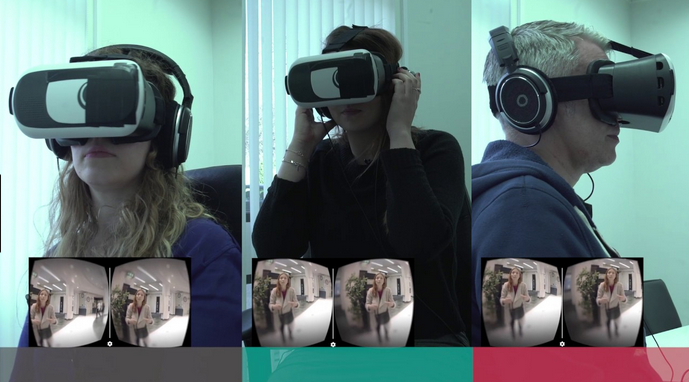 The annual Electronic Entertainment Expo, known commonly as E3, is the premier event for the video game industry. This year’s E3 ran from June 12 to June 14, and with it, gamers saw not just the usual mix of new releases, remasters, and eagerly awaited sequels, but also shifts in the industry itself. What was remarkable about this year’s E3 were games from two best-selling franchises prominently featuring queer women. As a lifelong gamer, I am overjoyed at the news. But as someone who has clinical depression and an anxiety disorder, I am continually disappointed by the lack of disabled protagonists.

At the beginning of my fellowship at Bitch, I read an incredible piece by Kara Melton about the assumption of whiteness in virtual reality spaces. Since then, I’ve wondered about the assumption of ability in virtual reality and video games as a whole. How often are disabled characters featured? How often can you play a disabled character? And what does it mean if the industry is ignoring yet another marginalized group? (Despite the common misconception that most gamers are white teenage boys, adult women actually make up the largest group of gamers in the U.S., and a 2015 Pew Research Center study showed that Hispanic and Black people are just as likely as non-Hispanic white people to play games. And yet, both female characters and characters of color are vastly underrepresented in games.)

Games distinctly lack disabled characters in general, let alone as playable protagonists. A search for “games featuring characters with disabilities” yields listicles featuring the same half-dozen or dozen characters—a promising start, but not enough for me to hang my hat on. These characters are often in games that emphasize narrative, perhaps as a way to justify their inclusion. I was pleasantly surprised when I learned that popular shooter Overwatch features an autistic playable character, but this is far from the industry norm. Ethan Goss-Alexander, a game designer and gamer with bipolar disorder, told me, “In general, the one type of disability you are most likely to see in a protagonist or main character is some sort of mental health condition. Unfortunately, these portrayals tend to be quite negative. At “best” its inclusion is little more than a gimmick. … In my experience, the representation of physical disabilities is much rarer.” Eddy Webb, a writer and consultant, said his thoughts on representation are “not great.” “Deaf folks and those with hearing loss are massively underrepresented in games,” he told me. “Most of them are ‘comedy’ characters (like elderly people who ‘humorously’ misunderstand what’s being said).”

Part of the problem is accessibility. For many disabled gamers, both hardware and software of game design is inherently inaccessible (something groups like Special Effect and AbleGamers hope to change)—and if console companies, who often double as game publishers, aren’t making their hardware accessible, then developers get let off the hook. Microsoft’s accessible new gaming controller made in conjunction with disabled gamers and advocacy organizations is a step in the right direction—but it’s unclear whether the idea came from within Microsoft or brought to them from an outside group. (Another issue is cost: The new controller is $99.99, while Xbox One controllers are usually $59.99.)

It’s frustrating, because the resources to do better are there. Webb sent me his presentation about game design for the hard of hearing, which details how audio cues without a visual correspondent can be exclusionary and offers possible solutions such as closed captioning and not using “layered” sounds. Goss-Alexander told me that in their work, designing an accessible “physical interface between player and game” is a priority: “I went back to the kids and young adults [with disabilities] I’ve worked with and thought about the obstacles they faced that translated to games.” Games journalist Tony Polanco told me that developers have “no excuse [to not] directly communicate with their communities.” “A lot of disabled people can now easily voice their concerns to developers via Twitter or other social platforms,” he said. “Inviting disabled persons to their respective studios to get firsthand experience would be great too.”

But how much feedback do mainstream developers and publishers want to hear? E3 only became open to the public in 2017; a spokesperson from the game publisher Ubisoft said, “Getting games in players’ hands early and hearing their feedback helps our industry, both in terms of improving the quality of games and shining a light on new and innovative ideas and technology.” This promise seems to fall short when it comes to disability representation and accessibility, though. Developers and publishers shouldn’t have to wait for disability advocates to come to them with ideas and fixes for inclusion as both characters and players.

Even videogames that offer virtual-reality experiences aren’t certain to improve on the problem. Mainstream media lauds VR for its potential to offer experiences that disabled people otherwise wouldn’t get—and I am all for that—but the hardware itself may never give them that chance. In October 2016, Polanco detailed his experience playing the PlayStation VR as a wheelchair user. Even calibrating the PSVR was difficult for him, given that the camera expected him to be standing—something he’s unable to do. Furthermore, the game he played required extensive mobility. “Some VR games work well enough for the disabled, but others simply don’t,” he writes. “Virtual reality has the potential to deliver the most immersive gaming experience possible, but from what I’ve seen so far, it appears that only able-bodied people can fully enjoy it.”

In terms of VR spaces, I’m unaware of a game that features a playable, disabled protagonist. The closest one that comes to mind is Polyarc’s Moss, a VR adventure where the player interacts with (but are explicitly not) a nonverbal mouse named Quill who uses American Sign Language. In an interview for Sidequest, Polyarc’s animation director, Rick Lico, said he decided to add ASL during a playtest—that is, it wasn’t originally part of Quill’s design. (Full disclosure: I’m one of Sidequest’s editors.) “I got to thinking, I want to find a way to try and make her communicate with the player as clear as possible but not to the point where she’s flat-out saying things, because that’s not who she is,” Lico said. “I figured, why not try using sign language to help ground her in reality, to help bring that extra dimension to her character?” The reception for Moss has been positive, though I’ve been unable to find any reviews from ASL users that address its use in the gameplay.

“It’s important to remember that in-game representation doesn’t mean much if that creation… didn’t include input from real-life members of that community,” Goss-Alexander said. As a game designer, including “a diverse set of characters” is important to them. But unlike mainstream developers, Goss-Alexander approaches disabled people from the beginning, rather than waiting for feedback after the fact. “If I never put a brown-haired white man into a game I create,” they add, “I’d be fine with that.”

Disabled gamers should have the chance to experience meaningful representation as often as non-disabled gamers do. Yet developers seem reluctant to create inclusive games—or even acknowledge the population of consumers and players who deviate from what Goss-Alexander calls “an endless stream of brown-haired white males.” Individuals with disabilities make up 20 percent of the population, and our world is a richly diverse one, but we’ve seen game after game heralded as “innovative” only to find that they feature the same white, cishet, abled protagonists we’re already more than familiar with. Even in a society driven by capitalism, we can’t brush off this commitment to homogeneity as just what the market demands when the modern market is just as Brown and female as it is white and male. When it comes to inclusion and accessibility, there’s a startling lack of imagination in a field driven by it—and if developers won’t commit to change from within, they’ll see their audience turn elsewhere for innovation.

Built By and For Queer Gamers

Sadly, Sia is Far From The First Person to Tokenize Autistic People

30 Years after the ADA, It’s Time to Imagine a More Accessible Future