The History of Acrylics and Appropriation | Bitch Media

Our Nails Will Shine ForeverThe History of Acrylics and Appropriation 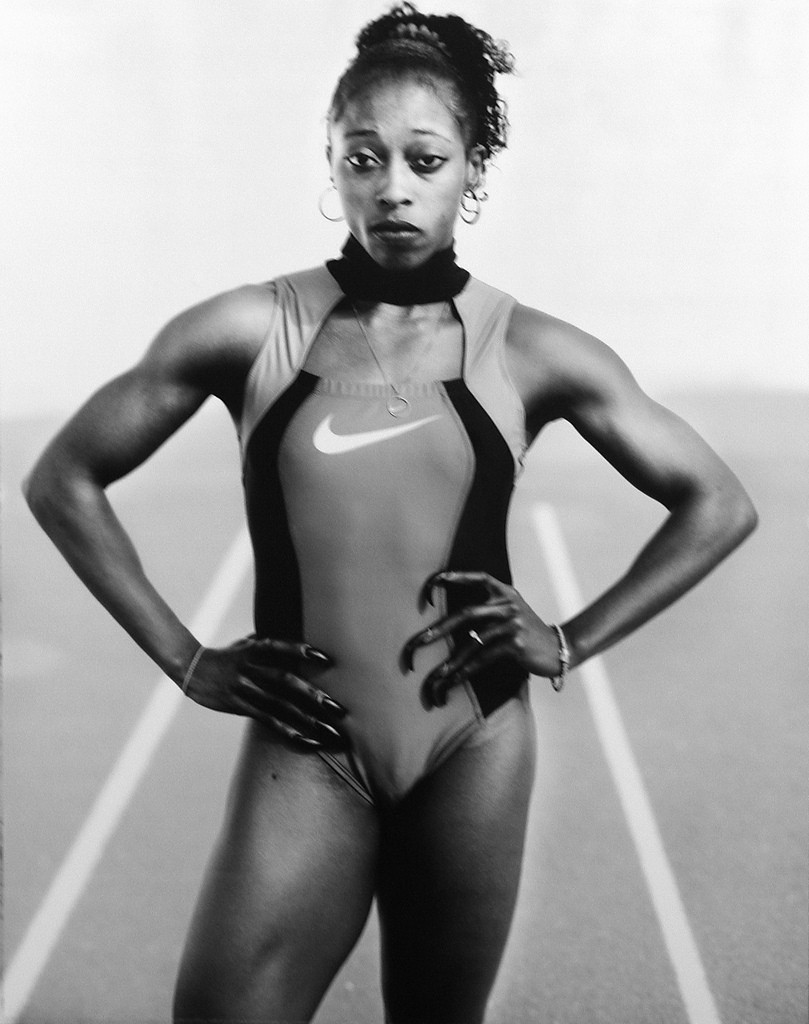 One of the first things I did when I arrived in New York was sit down for a manicure at Bling Bling, a nail salon in Crown Heights, Brooklyn. While getting my first set of fire-truck red nails in six months, I realized that there’s something mystical about the whole process. It’s a thrilling ride from start to finish: First, choosing a color from hundreds of options, then the mixing of acrylic powder and liquid used to coat the nail, and the slight adrenaline rush when you’re asked how long you want your nails to be. The process generally takes about an hour, and I always leave the salon feeling refreshed and dominant.

I’ve been intrigued by acrylic nails since childhood. I have fond memories of getting baby manicures when my aunt Rhoda rolled up at a salon to get her biweekly fill of glory. What initially piqued my interest was the sense of elegance that acrylics give and how they have the power to lift a person’s spirits. I’ve always loved how it sounds when they tap countertops and how it looks when they slowly slide across Black skin. When my aunt took me for my first real manicure for my fifth grade graduation, I felt like I had been initiated into a secret society. I was unstoppable. I was the divine feminine.

This feeling of divinity has merit: Women in ancient Egypt used to wear artificial nails made out of ivory, bone, and gold, according to Nails: The Story of the Modern Manicure. Queens Cleopatra and Nefertiti were celebrated in the 14th century for wearing colored polish on their nails. The royal ladies opted for a brilliant red because the primary hue indicated power (and still does), according to Nails Magazine. Modern acrylics as we recognize them today are less than 70 years old and not necessarily a Black invention, but Black women have undoubtedly played an ongoing role in the cultural emergence of artificial nails.

There is still a baseless and classist belief that Black women with acrylics are poor. New York Times Magazine staff writer Nikole Hannah-Jones was bullied to the point of silence by Gay Talese, an esteemed white reporter much older than her. The two were speaking at a conference at Boston University in 2016 when Talese badgered Hannah-Jones about the validity of her employment, and then added insult to injury by asking her if she would be leaving early to get her nails done.

Many don’t share my view of nails as emblems of honor or literal extensions of Black female spirits. For example, this forum, asks if acrylic nails are “trashy” and if they are exclusively affiliated with the lower class, which assumes that artificial nails are less beautiful than filed-down ones. It’s also indicative of the role that race plays in the way acrylics are received. Black women’s style, having evolved alongside significant factors like temperature, slavery, religion, and basic creative expression, is regarded as a costume. We are seen as characters who can be reproduced and repackaged with a stamp of whiteness that makes our lifestyles acceptable.

White women don acrylics when trying to emulate or mock us. For instance, Katy Perry’s extremely racist video for “This Is How We Do” features the singer doing her best Black girl impression—complete with baby hairs, colorful cornrows, and watermelon chomping—while flaunting her pink acrylics. Miley Cyrus’s “Black phase,” which she said no longer suits her, is another perfect example of the culture of Black women being stolen and then abused. Cyrus piled on bulky gold jewels, twerked, and wore square tip, red nails.

Recently, Allure published an article about Kylie Jenner’s “crazy acrylic nails” becoming “mainstream.” Yet, Black women are still being questioned, criticized, and called ghetto for their unique nail styles. The website, Ghetto Red Hot has an entire section dedicated to cracking jokes about Black women’s nails, and urging us to stop wearing special designs and “unnecessarily” long nails. I once witnessed a man ask a bank teller how  she typed with her nails. Though he was smiling and wasn’t being malicious, he still felt comfortable questioning a Black woman about her adornment.

When Black women are excluded from the narrative of the evolution of style, we are stripped of our role in history and essentially silenced. To discontinue this, I’ve compiled a brief list of a few powerful Black women who kept their nails freshly coated and long.

Donyale Luna, the first Black woman to cover Vogue, in Twen Magazine in 1966. 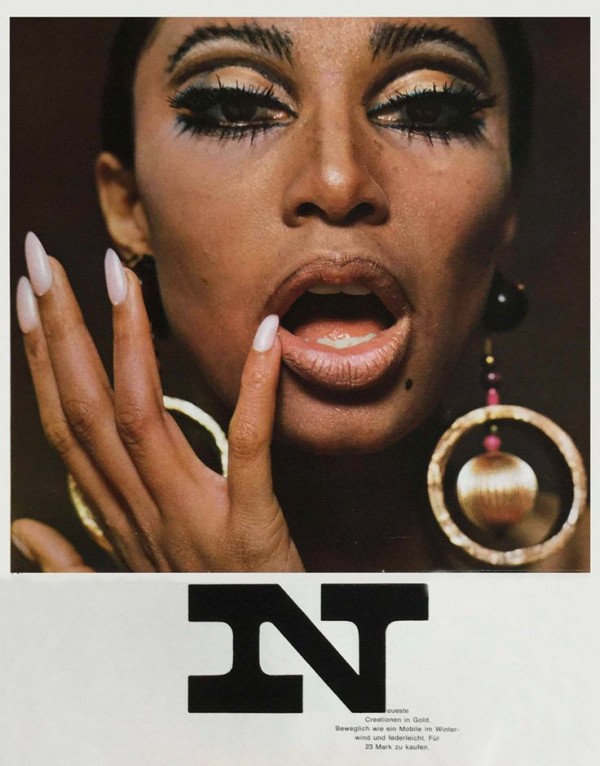 The gold-selling singer rockin’ red nails on the cover of her 1979 album A Moment’s Pleasure. 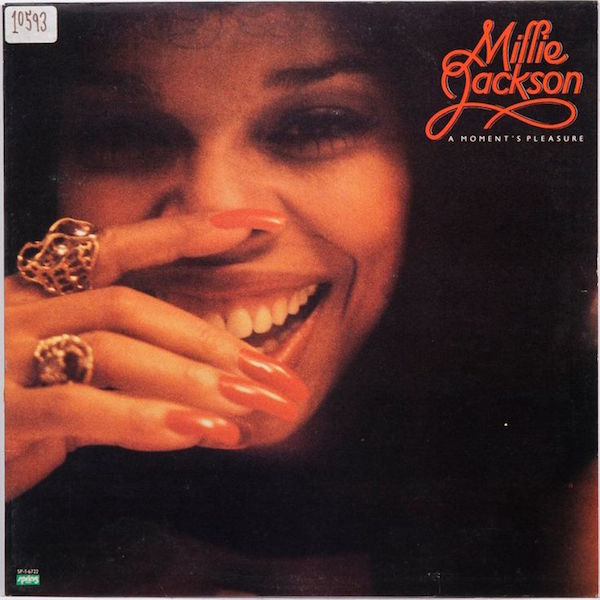 Flo-Jo worked as a hairdresser and nail tech while training for the 1988 Olympics. By the time the trials and actual Olympics rolled around, she was well aware of how to slay her own acrylics. She often stepped on the track in four to six inch, rhinestoned and brightly colored acrylic sets. 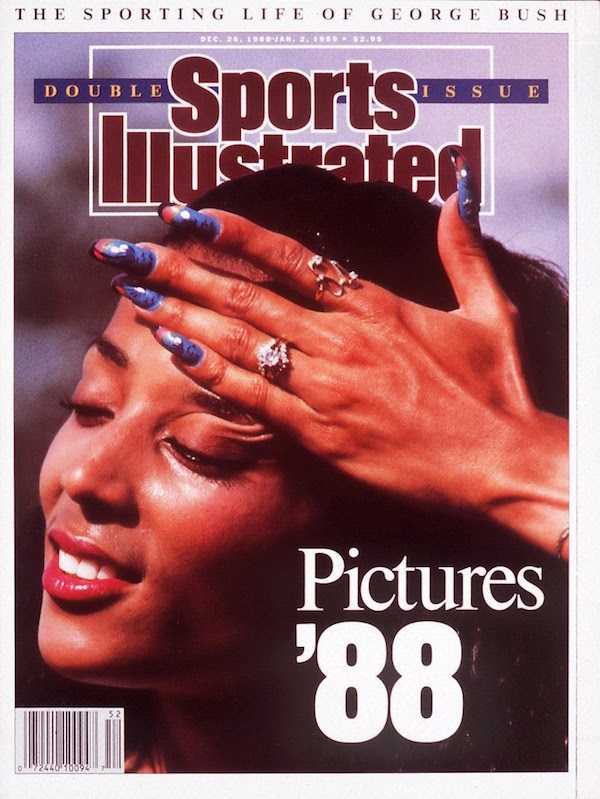 She was famous in the early 1990’s for her gospel-influenced soprano voice, but her nails were conversation starters, too. In an interview with StyleBlazer, she detailed how she began growing her nails as a form of subtle disobedience. Raised in a strictly religious home, Coko was told she would “go to hell” for her nail length, but she continued to grow them. After joining SWV, her nails “took a life of their own,” and began to garner attention. Though she has since filed them down, they will go down in history as emblems of glory. 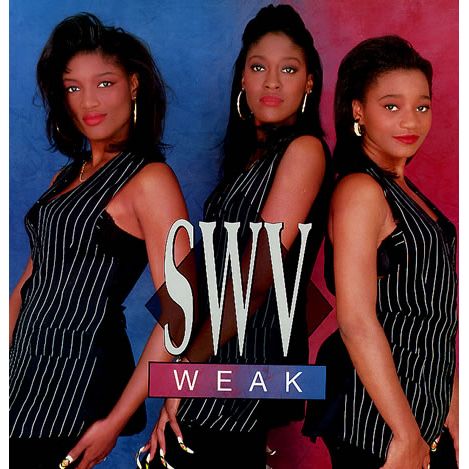 Thinking about the symbolism of acrylics, I’ve come to realize that Black women are powerful beyond measure. We fearlessly create our own cool and as much as people resist and complain, the masses still follow suit. We rarely have to look beyond ourselves for the next big thing in fashion, art, or literature. Instead, we carve out our own lane and thus construct our own beauty ideals. Our collective confidence has and will continue to skyrocket due to our ability to x-out any naysayer and press forward in our journey toward self-love. Yet, while it is flattering that Black women have so much  influential power, the appropriation of acrylic nails is still negative at its core because the important and extensive history of acrylics is erased. Non-Black women get to reap the benefits of a good look while enduring little to none of the same critiques Black women face. Regardless, we know our collective history, and we will honor and share it as we continue to let our light and nails shine forever and ever.

P.S. I really does this! I love nails so much I got ‘em tatted. Real shawties do real things!