Our Action And Reading List for the Immigration Crisis | Bitch Media 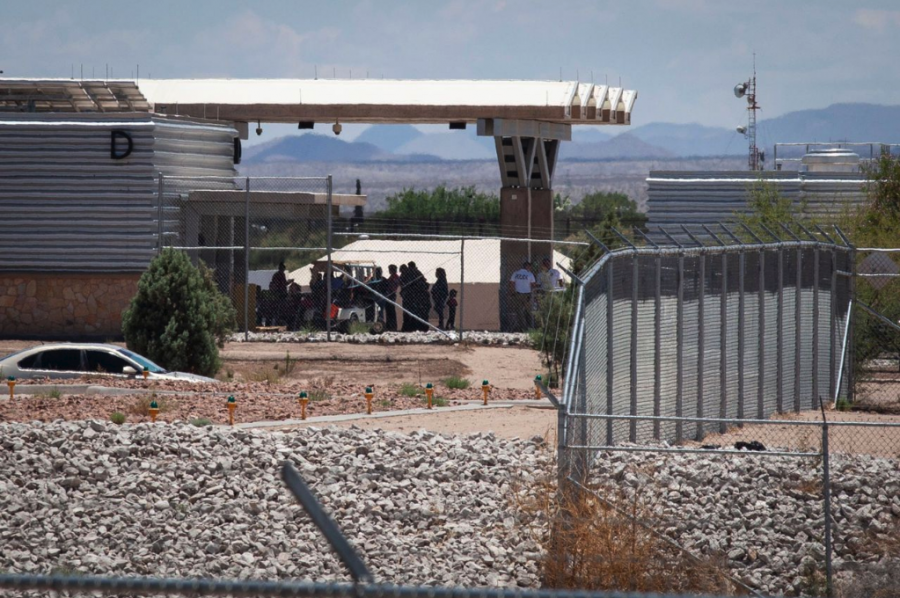 Let’s get one thing straight: ANY person persecuted by their own government or in their own country has a right to asylum. To seek protection in another country. To find sanctuary.

Right now, families are coming to the United States looking for refuge. But instead of processing asylum seekers upon arrival, the United States, we, have decided to treat them as criminals. And even as you read this, Immigration and Customs Enforcement (ICE) agents are ripping children away from their parents, separating siblings, and placing babies and toddlers in “tender age” camps, all in the name of border security.

The greatest and most infuriating irony about those who seek asylum is that the violence and political insecurity they’re fleeing is—in almost every single case—a direct result of United States policy and actions. Imperialism, capitalism, and white supremacy created this problem, and as people try desperately to keep their families safe, imperialism, capitalism, and white supremacy are turning them away, and destroying their families in the process.

While the U.S. history of mass deportation is not new (the Obama administration deported more people than any prior administration) and children were separated from their families during slavery, the internment of Japanese families during World War II, and the forceful taking of Native American land after the 1887 passage of the Dawes Act, taking children hostage as a tactic to deter immigration is a disgusting low. Again, there is no law, no codified policy, that dictates that children must be separated from their families in order to enforce immigration laws. And yet, between April 19 and May 31 of this year, over 2,000 children have been separated from their parents at the border, and that number is still climbing.

Depending on who you listen to, the current administration is denying that this atrocity is being carried out (DHS Secretary Kirstjen Nielsen), claiming credit for ICE’s reign of terror (Stephen Miller, Trump’s domestic-policy advisor and proud white nationalist ) or blaming it on Obama-era policies and “the Democrats” (Trump himself). But the “zero-tolerance” policy you’re hearing about? Trump. Tearing families apart at the border? This is explicitly a Trump-era policy. Criminalizing those seeking asylum for crossing a border without permission, despite the fact  that you must be within the borders of the country in order to ask for asylum? Explicitly Trump. Detaining pregnant women for indefinite periods, women who have committed no crime, women who are seeking relief here in the United States? Trump, still. Encouraging violent and traumatizing behavior be hurled at those who need this country’s protection most? Trump through and through.

What’s the point of all of this terror if it isn’t the safety of people living in the United States? Political capital. Leverage. As of this morning, Trump has announced that he’s issuing an executive order to stop the practice of separating families at the border. The practice that his own administation announced and began implementing. The one he has been fully in control of this entire time. Many analysts believe that Trump is flipping the script so that he can use this enormous, visible suffering of families to pressure Democrats into funding his infamous border wall.

Our laws are not new. Using the suffering of others for leverage in Washington isn’t new either. But ICE and the Trump administration’s horrific practices of enforcement have made our immigration crisis, the one that the United States is responsible for creating, impossible for a still-too-complacent general public to ignore.

Read up. And take action right away.

2. Here’s what we do know about detention centers for immigrant children. And, devastatingly, information on “tender age shelters” for babies. [The Cut, The Guardian]

3. How’d we get here? Listen in to this United States immigration policy explainer from The Daily or Lee Gelernt. [The New York Times, Why Is This Happening with Chris Hayes]

4. The world is watching, as it always has been, and the U.N. has deemed our actions “unconscionable.” [CBS News]

5. Trump’s senior advisor, Stephen Miller, sees terrorizing families at the border as our nation reacts in horror as a feature, not a bug. [The Atlantic]

6. Even former FLOTUS Laura Bush is speaking out. [The Washington Post]

7. And over at The New Yorker, Jia Tolentino explains why Pixar’s Coco is a definitive movie for this moment. [The New Yorker]

8. Ripping children away from their parents is creating compounding trauma for thousands of children. [Vox]

Let’s get one thing straight: ANY person persecuted by their own government or in their own country has a right to asylum. To seek protection in another country. To find sanctuary.

Donate to RAICES to get legal representation for uncaccompanied children now. [RAICES]

Join the coalition of proud members led by Women Belong and attend a protest in your community. [Families Belong Together]

Follow United We Dream, the largest immigrant-led youth organization in the world and support their work to renew DACA. [United We Dream]