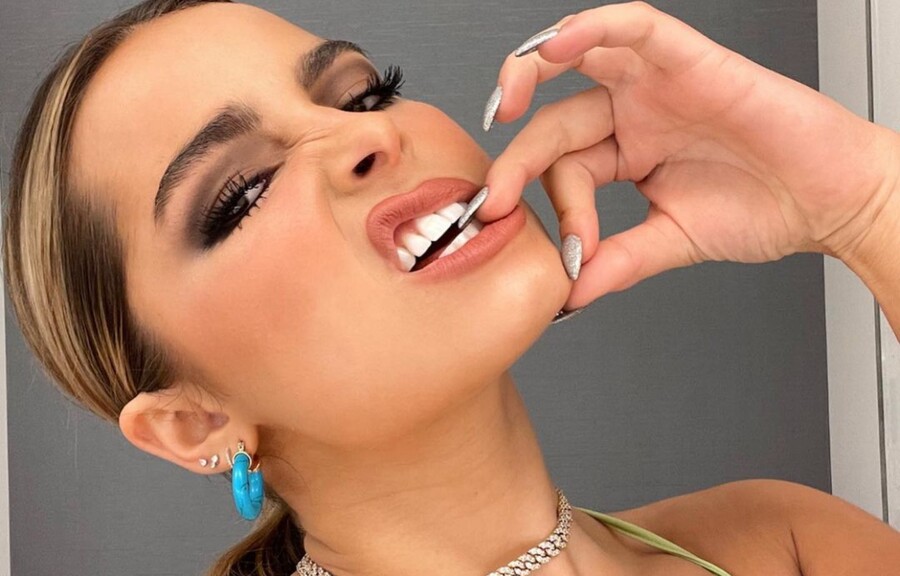 Though it was frustrating to watch 20-year-old TikTok star Addison Rae dryly perform dances created by mostly Black TikTok creators on the Tonight Show with Jimmy Fallon, it was neither shocking nor surprising. Some of the app’s most recognizable faces, including Rae—who graces the cover of this month’s New York Times magazine—and Charli D’Amelio, the “new face of TikTok,” launched their careers by co-opting viral dances created by Black TikTokkers. D’Amelio, Rae, and others who’ve enjoyed a meteoric rise don’t create these dances themselves; instead, they merely perform them—and rack up views in the process. Rae’s fame and appearance on the Tonight Show might not be wholly surprising given the prevalence of Black creators being stolen from, but Rae’s appointment as “teacher” of these dances is a bleak and vivid reminder of this ongoing struggle for Black TikTok creatives.

During her March 26 appearance on Fallon, Rae promoted her new single “Obsessed” (nary the chart topper), discussed her massive TikTok following and how she’s handling fame, and “taught” Fallon 8 TikTok dances, without an ounce of credit to the original choreographers. As Fallon tapped his foot and held title cards for the dances, Rae performed to songs such as Megan Thee Stallion and Beyoncé’s “Savage (Remix)”—the original dance created Keara Wilson—and rapper Popp Hunna’s “Adderall (Corvette Corvette)” with the dance choreographed by TikTok user @yvnggprince. (After receiving backlash, Fallon’s writers credited the choreographers on YouTube and Twitter.)

Rae initially responded to backlash about her Fallon appearance by saying the dances were credited on YouTube and that it’s “kinda hard to credit during the show.” That’s an inadequate response. How hard is it to flash the handle of each choreographer in the chyron as Rae performs or, if it suits Fallon’s style, hold up an additional cue card that credits choreographers? Better yet, Fallon could’ve booked the actual choreographers to teach its host the dance instead of focusing solely on Rae. In a time where even Fox News broadcasts TikTok videos, it’s doubtful that Fallon couldn’t manage to credit those who deserve to be credited. As conversations about how best to reshare, repost, and repurpose content from digital creators continue, social media stars and leaders have no excuse.

During a subsequent run-in with TMZ reporters, Rae said that Black creatives who choreograph viral TikTok dances “deserve credit.” She also said these creators know she “loves them so much” and supports them, even going as far as to say she’s interested in being able to “meet up and dance together.” Sure, Rae’s acknowledging the Black creators literally responsible for her career—which now includes a beauty brand, a forthcoming album, and even acting gigs—but there are other issues with her rise to fame that require explanation. Promising a future collaboration to those robbed of credit feels misplaced. While the gesture is nice, offering to collaborate doesn’t rectify a national late-night show positioning Rae as an expert on these dances while not giving them credit. Without saying “sorry” (with clear remediation) or even uttering a “thank you” to the Black creatives who helped her build such a massive following, Rae comes off as a calculated culture vulture.

Rae isn’t the only problem. She’s a 20-year-old dancing on the internet, and it’s hard to place the blame squarely on her shoulders, though it’s easier to point the finger than to reckon with the fact that it’s much more insidious. TikTok as a whole has proven to be an unfriendly place for Black creatives, as they struggle to gain similar opportunities to their white peers and are met with hostility and racism. While it can be difficult to track the origin of TikTok trends, the platform is full of Black creatives publicly fighting for credit after a trend they created helps another creator go viral. Jalaiah Harmon, creator of the “Renegade” dance, one of TikTok’s staple moves, is one of the most notable examples of Black creators not receiving their due. After the 2019 dance went viral on TikTok and other social media platforms, Harmon remained largely uncredited until outlets, including the New York Times, Teen Vogue, and other outlets began profiling her. While Harmon has earned more followers and opportunities (including a feature with Prada), how many gigs did she lose out on because she wasn’t credited earlier? How many Jalaiah Harmons are there who’ve never gotten credit at all?

“Someone once called me a Black fat ugly monkey and that I should stop making TikTok videos.”

And, for those who land in the spotlight, the question becomes: Is it even worth it? Black creators face a barrage of racism on the app and TikTok is full of racist posts that Black creators see on their “For You” page.” As Natelegé Whaley reported in February 2020 for Bitch, Black women on TikTok are met with trolling (one user, Tilda Harris, who has more than 203,000 followers, has been called a “Black fat ugly monkey”) fetishization, and other abuse that often goes unchecked by TikTok’s content moderators. As Whaley noted, TikTok is a place where Black women users commonly “experience misogynoir, racist and sexist harassment.”

Change has been slow, even as more Black TikTok creatives have spoken publicly about their grievances. TikTok has acknowledged some of its issues, even creating a Black Creatives incubator program in January 2021 that includes a pledge to “invest in and support” 100 Black creators over the course of a three-month program. This is a start, but the Black creator’s not selected for the incubator program and smaller creators still dealing with the platform’s myriad flaws, these changes feel like posturing from an app unable and unwilling to seriously address its problems. Rae’s uncredited performance on Fallon is a symptom of a larger issue of Black TikTok creators being ripped off and undervalued. It doesn’t have to remain the way: In order to move into a more equitable future, TikTok must fully acknowledge the multifaceted issues facing Black creatives. In fact, that’s the only way to make the app accessible—and profitable—for everyone.