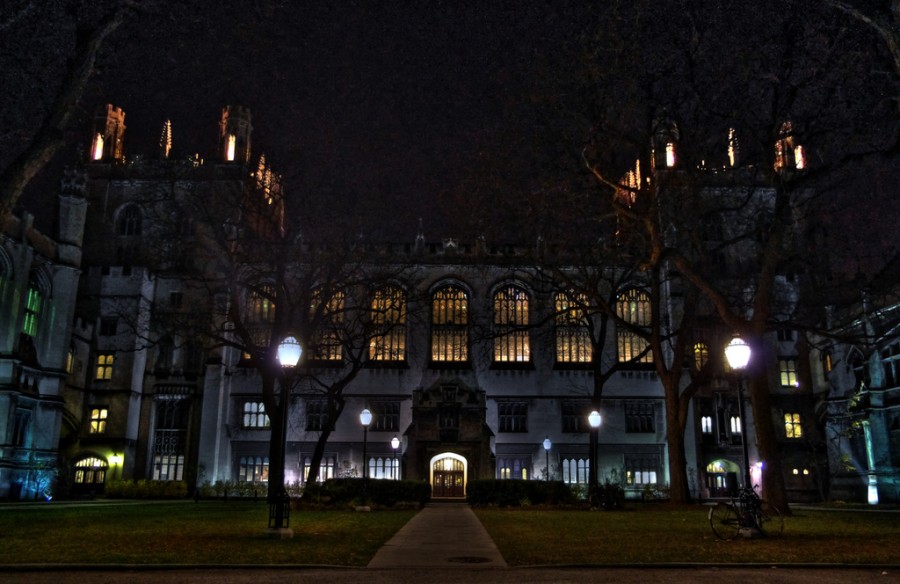 John was a student who liked his opinions heard. His name isn’t John—that’s a pseudonym and you’ll soon see why I had to give him one. John once loudly commented on a short clip I showed of Jackson Katz’s Tough Guise: “I’m not going to have a guy with a lisp tell me how to be a man.” He evoked this remark with a sneer and ended with a limp wrist. John was the class cheerleader, breaking up the monotony of a three-hour course with humor.

His writing needed a lot of work; I occasionally assisted him in fixing his grammar and with organizational issues. He needed this class to complete his degree.

The final exam began at 6 p.m. and ended at 7:30 p.m. I arrived one hour early to grade papers and set up the classroom. It was a small class. Half of the students had arrived at 6 p.m; all save three had filtered in by 6:15 p.m. I spoke for 10 minutes, thanking them for participating, and then I wrapped up. I invited the students to drop off their papers and “go on with their lives” or to “hang” in the classroom until 7:30 p.m. since I had to stay anyway. The majority of students stuck around and we chitchatted about their papers and their holiday plans.

At 6:30 p.m., two of my students, including John, moseyed in. They had stopped off at a bar before the final exam, and their voices were thick with liquor.

John was nearly falling over. His companion was better at hiding his intoxication. I told them they were late for the final exam and were lucky I would still accept their papers.

“Or four,” I thought. I composed myself and gave my final semester speech again.

John walked closer to me toward me; his steps were awkward and off-kilter. He grabbed my earmuffs from the teachers' station and put them on to riotous laughter from the students.

John did not comply.

During the first few weeks of class, he commented that I was, “intimidating.”

He then changed his tune. He wanted us to hang out tonight after the final exam. All of his thoughts started spilling out. I was “funny and cool” and he wanted “to get to know me better.” My students laughed genially along with John. Until it got serious. He asked me what he could do to pass the class.

“Not after today!” he exclaimed.

“I will always be your teacher,” I said.

He stuck around until the end of class. I cannot remember how many times I said, “no.” Eventually he turned around and walked out of the classroom.

“He will grab you at the bus station,” she said simply. “He’s waiting for you outside.”

Another male student walked with us together across campus. He was our security guard.

John had been waiting in the parking lot for me. I saw him as we drove away. I could have been assaulted or raped if not for my female student being so conscientious. It had never occurred to me that this was a problem. 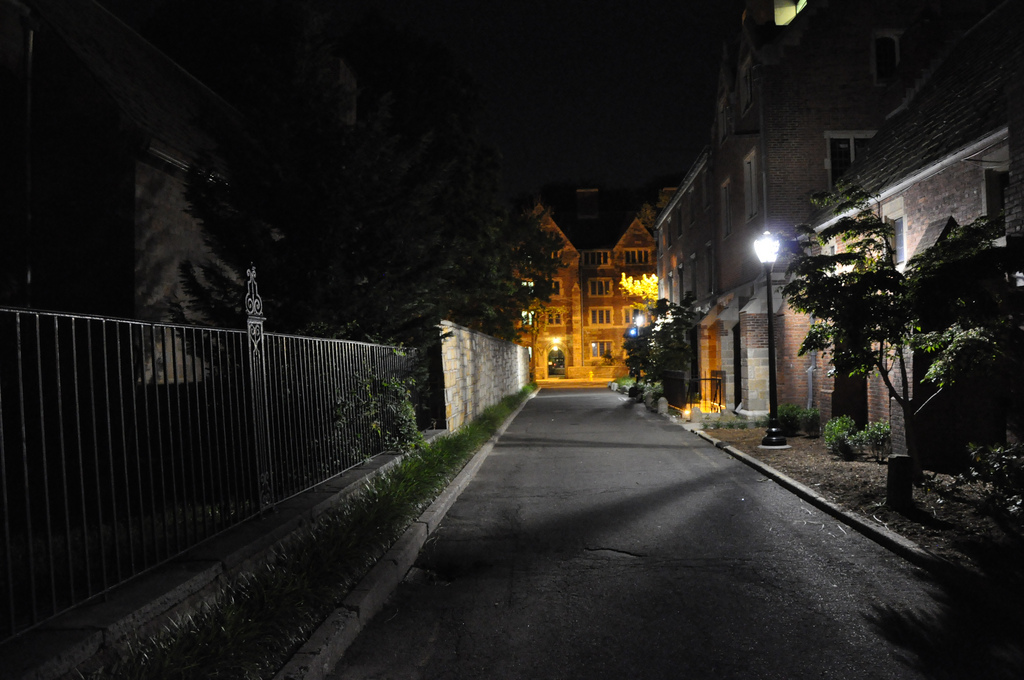 I had no idea how to respond to that situation. I had been around drunk men before, but my teacher training never explained what to do when a student shows up drunk to the final exam.

When I returned home, I immediately e-mailed my mentor. I received no reply. The next day on campus, I went to her office to confront her.

I knocked on her door and she waved me inside, as if I was a student who had “been bad.” She adjusted her glasses and said, “You should have called security.”

If my drunk student had sexually assaulted me on campus, would I have been to blame?

How many people would have said, “You shouldn’t have been walking alone late at night.”

How many people would have asked me, “Were you wearing a dress?”

I could not help but recall a quote from Andrea Dworkin's Intercourse: “He wanted to fuck her to bring her down, put her in her place, use her for what she was.” I am a young, female feminist and an adjunct professor. I have no power except within the classroom. Once I leave the classroom, I am another woman living in a rape culture.

Adjunct professors often teach night classes, due to flexibility and time constraints. I have found that night classes foster a greater sense of community and intimacy within a shorter span of time. However, I do not understand how young men have the guts, guile, and confidence to approach me in this manner. The sexualization of older, more powerful women by is excused and even encouraged in the media and within popular culture. Therefore, while young teenage boys are already inundated with hormones, pop culture encourages them to think that every female around is sexually available to them, even their professors.

Academic power dynamics feed into this situation. The college tenure system provides a safe setting; the institution stands behind you. But as an adjunct professor only paid to teach, my position is precarious. I have no job security, nor medical insurance, and I’m paid only $2,000 to $3,000 per course. Who did I know on campus? In the words of the downtrodden female teacher and writer, Charlotte Bronte, “What should I do on the morrow? What prospects had I in life? What friends had I on Earth? Whence did I come? Whither shall I go? What shall I do?” Without adequate connections, it is more difficult to obtain the necessary support to advocate on my behalf.

As an adjunct, I rely on student evaluations to keep my job. What kind of evaluation would my student have given me if I had filed a complaint against him for sexual harassment or assault? Over time, faculty contracts are not renewed due to poor student evaluations. Yet, when statistically I will already receive a lower evaluation as a female, what does this mean for the future of women in academia? Sexual harassment of female professors further distances women from achieving equality in the classroom. Every part-time female professor, no matter her looks or background, has a story similar to this one. In consulting my own group of female contingents, I discovered it varied from e-mails, Facebook messages, and voicemails to occasional verbal assault.

There is a gender dynamic to who is most likely to be in these less-powerful adjunct professor positions. While there’s no uniform measure of part-time professors, several studies on the gender breakdown in academia have found that women are far more likely to be part-time professors than men. The 2012 “Coalition of Academic Workforce” report noted that women made up 61 percent of part-time faculty members. The “Just in Time Professor” 2014 report by the House Committee on Education and the Workforce for Democratic Staff mentions the gendered conditions of the female professoriate on just one page. This sole woman who is quoted says it best:

“You will probably find a majority of adjuncts to be bright, highly educated women… Students are receiving an excellent education from instructors who are highly educated, committed to education, experienced, and world-wise, but who are not models or examples of success in higher education, especially older women. Female students suffer when some of the best women teachers are an underclass in higher ed.”

Even a comprehensive 2014 institution-wide study at George Mason University concluded that women are 55 percent of contingent faculty members. Finally, in 2015, the “Campaign for the Future of Higher Education” released a working paper condemning contingency: “The current system hurts institutions’ integrity and degrades the student experience.” However, they neglected to mention it is specifically women who take on adjunct positions occupying a “second-class citizen” status in the classroom.

Since women are the majority of part-time professors, the issues of sexual assault and harassment of adjunct professors needs closer inspection. This aspect of the campus sexual assault epidemic has long been overlooked. Students and contingent faculty both are protected through Title IX, but it’s clear that legal protection isn’t always backed up on campus by training and support for people who experience harassment and assault.

My last contact with John was when I sent him a terse email with a breakdown of his grade. His reply was, “Thx.” If he had assaulted me, would he have said the same thing?

The photos illustrating this story are Creative Commons images and do not depict the campus where this incident took place. 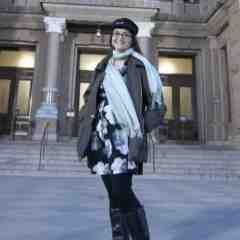 Veronica Popp is a writer, teacher and scholar. She has been published in Lunar Attic, The Collagist, PenCambria, Popular Culture Studies Journal, New Welsh Review, Journal of Popular Culture and Still Point Arts Quarterly. Additionally, she is a Teaching Artist and Co-Editor at Young Chicago Authors on the “Chiraq” student journalist project. Popp serves on the Modern Language Association Committee for Contingent Labor in the Profession and believes the feminization of adjunct labor is a growing concern.

Relevant: Trump, Roger, and Other Ailments at Fox News 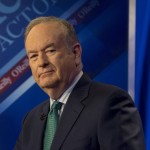 by Dahlia Balcazar
Sexual harassment is systemic, and the culture at Fox allowed Ailes, O’Reilly, and presumably countless other men to prey on women in the workplace while covering up their own crap at the same time.