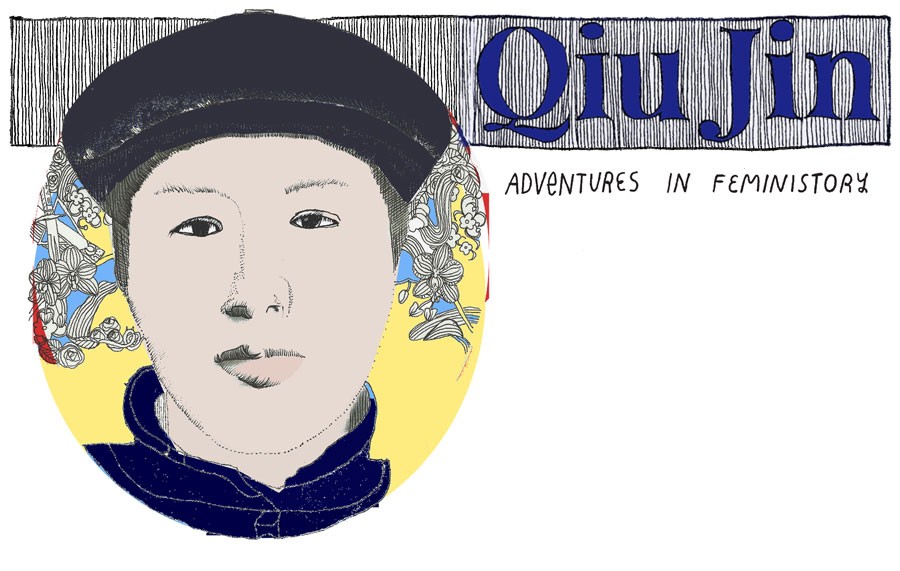 My friend’s grandmother was shocked to hear that I had written Qiu Jin into a queer comic. Qiu Jin, the national Chinese martyr? The heroine she had studied in high school was no lesbian! Scholar Vivien Ng supported me because she had faced the same outrage. In a 1997 essay she wrote about Qiu Jin’s sexuality, she retorts, “they succumb to the belief that lesbianism is a Western cultural invention.”

I’d like to think that Qiu Jin would appreciate being claimed and recognized as part of our heroic queer history. She was a 19th-century revolutionary bent on driving Manchurians and Westerners out of China, where occupation had driven taxes so high that ordinary Chinese people were being evicted and starving by the thousands.

Already a famous poet, she started a popular news-paper in a vernacular that women could read and understand, and also helped write powerful edicts to end women’s foot binding. She founded a radical school that taught women to read—and secretly, provided instruction in martial arts and warfare.

She was also a charismatic dandy who left her husband and exchanged rings with her lady friend Wu Zhiying in a commitment ceremony. Feminist writer Shigeko Unokichi commented on Qiu Jin’s beautiful and beguiling appearance:

“Was this person before me a man or a woman? A tall slender body bent slightly forward in Western male dress with a full head of trimmed black hair. A blue hunting cap sitting sideways on her head covered half her ears.”

Qiu Jin was magnificent. When she was 32, the Manchurian government imprisoned and brutally tortured her for rebel information. Rather than share information, she made a single statement: “Autumn wind, autumn rain, fill my heart with sorrow.” She was publicly beheaded, but the minister in charge of her execution was so ashamed that, soon after, he committed suicide.

Elisha Lim is an award-winning claymation filmmaker and the Lambda-nominated author of 100 Crushes, a graphic novel that documents sissies, butches, convent girls, and the use of the gender neutral pronoun “they,” in every city where Lim has ever fallen in love.

Relevant: “Her Own Hero” 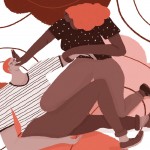 by Britni de la Cretaz
Marginalized folks have signed up for classes in droves following the election of Donald Trump, mirroring the historical purpose of self-defense as a means of empowerment and protection for oppressed people.