You’ve Got a Friend in Trusty, Dusty Online Advice Forums 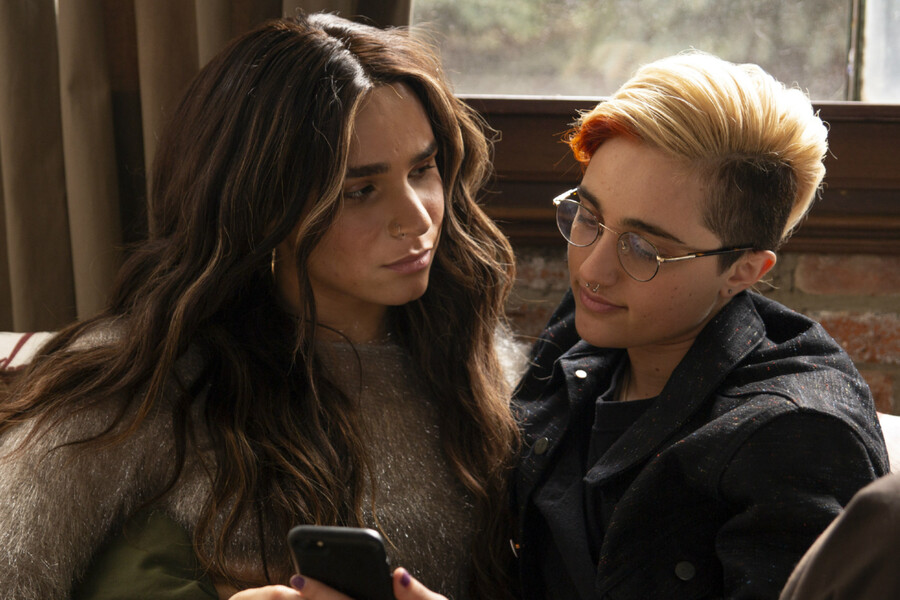 We’ve finally wrapped up the glum, lackluster 2020 holiday season (cue sad trombone), and people are either reluctantly back at work or—thanks to an utterly incompetent response to the pandemic—desperately scrabbling for unemployment benefits before they’re evicted. The coronavirus has taken so much from us, but one thing has escaped its grasp: the comfort of advice columns, especially during the dark nights of the December holidays as people chose between being prudently alone or traveling to be with family. Advice columns have been delighting readers since the first iterations were published in the Athenian Mercury in 1690. There’s something entertaining but also affirming in reading about someone else’s problems, especially when they’re real doozies. Whether it’s the lengthy, thoughtful advice of Dr. NerdLove or the quick, sharp words of Abigail Van Buren (a.k.a. Dear Abby), people love advice columns. Many people are also fond of myriad advice communities, including r/Relationships and even r/AmItheAsshole, where users interact and offer advice to one another directly, creating rich cultures with their own complex rules.

Advice columns and communities have joined the world of cringeworthy personal essays and wackadoodle op-eds to create an outlet for a little schadenfreude alongside the useful, traditionally expected advice. “The number of bizarre situations that get posted there for judgment is in large part what makes [r/AmItheAsshole] so entertaining and unique,” writer Anna Hamilton, who has contributed to Bitch, says. “My favorite example of an [original poster] who got an ‘asshole’ verdict for an entirely legit reason is the guy who asked his neighbor if she’d cook meals for him for the princely sum of $5 per day.” Advice spaces have given rise to communities of readers who hang on a writer’s every column—think Danny Lavery with Dear Prudence or the loyalists at Ask a Manager—and, when available, play an active role in comments, as at Captain Awkward.

Some of the most popular advice forums are also some of the most well moderated, with clearly established guidelines that participants are expected to follow. r/Relationships, for example, has extremely detailed rules that are aggressively enforced by moderators and commenters alike. Ask a Manager also has clear commenting rules, and its titular manager, Alison Green, moves swiftly to intervene when they’re violated, while Captain Awkward takes the position that “not every point of view deserves to be heard.” Tight moderation makes for a more pleasurable user experience (and thus a more authentic one). During such an unprecedented time of isolation, it can be soothing to participate in voluntary communities with their own cast of characters and lively, well-moderated comments sections full of highly active, opinionated, and well-known supercommenters. These commenters are stitched into the fabric of the community—something unchanging at a moment when everything feels as though it’s unraveling.

Some commenting communities on advice sites are reminiscent of those on blogs: people united by common affection of a specific destination and both the content and like-minded commenters found there. In some sense, advice columns and communities found a larger role because of the fall of blogs (and in many cases the closure of comments sections, brought about by the challenges of moderation and a plethora of abusive commenters). Blogs often created a home for the misfits, those left alone by holidays and other social events, those searching for people like them as they live in either isolation or communities where they stand out as unusual or outlandish. In this way, advice columns and communities become somewhat of a second family, grounded in the common experience of reading, enjoying, and weighing in—and some people in advice communities, including Hamilton, remain lurkers, enjoying the passive reading experience rather than actively participating.

Yet everyone is bound by the common thread of willingly belonging to a community and making a conscious choice to interact with or observe the participants in an advice space, brought together by a shared love of that space and the kind of advice offered, or the person who offers it. Advice columns and communities, at their core, provide heartfelt advice to people who are troubled enough to write in. In those that allow interaction, commenters may add their own thoughts. Due to COVID-19, everyone was under a little more stress than usual this holiday season. On r/Relationships, a multitude of shitty holiday boyfriends made it onto the front page, with encouraging, thoughtful, supportive comments. At Ask a Manager, a reader wrote in after being called out by human resources for not attending her company’s Zoom holiday party, and received a reassuring answer. Ask a Manager’s post-Christmas open thread garnered more than a thousand comments, highlighting not only the size of Green’s readership but also the hunger to connect with people.

Advice columns have created a space for people to be themselves—or to watch others—at a time when it feels like we’re suffocating under the weight of ourselves after months of isolation.

Of course, these are also places to enjoy truly off-the wall stories, like the man who wanted to abandon his wife and kids for a small, exclusive Christmas at his family’s house, the 80-person family holiday gathering, or the ill-behaved nephews who broke every toilet in the house. Then there’s the guy who went ballistic over holiday parking arrangements, the woman who wrote in about a husband who sounded a lot like a serial killer in a since-deleted post. (Lest you read into it something sinister, it was deleted by moderators—wild posts that get a lot of attention are often deleted if they appear to be fakes.) The diversity of advice columns have historically made them a perfect way to escape family during the holidays, whether that family was truly dreadful or beloved but a little grating. Especially when it comes to communities such as advice subreddits, there’s a steady flow of content, too—something new every time you quietly escape to the bathroom to scroll through your phone for a few minutes before you completely lose it and start dunking on Aunt Sally for her ridiculous conspiracy theories.

This year, that lifeline shifted. Instead of being a way to escape family, it became a way to escape the lack of family. Many people who adhered to public-health restrictions found the holidays intensely lonely, whether they love their relatives or usually spend the holidays with found family. A nation of people didn’t have to hide in the bathroom to check out the latest drama on r/Relationships, so while reading it in the living room may have been a bittersweet experience, it was still an affirming one. Advice columns have created a space for people to be themselves—or to watch others—at a time when it feels like we’re suffocating under the weight of ourselves after months of isolation. Whether in columns that explicitly acknowledged COVID-19 in one way or another (such as Dear Prudence) or in the threads of r/Relationships, there was an additional layer of affirming content: We’re all out here alone, but we’re alone together.

Read this Next: The Weird and Wild World of Reddit Relationships