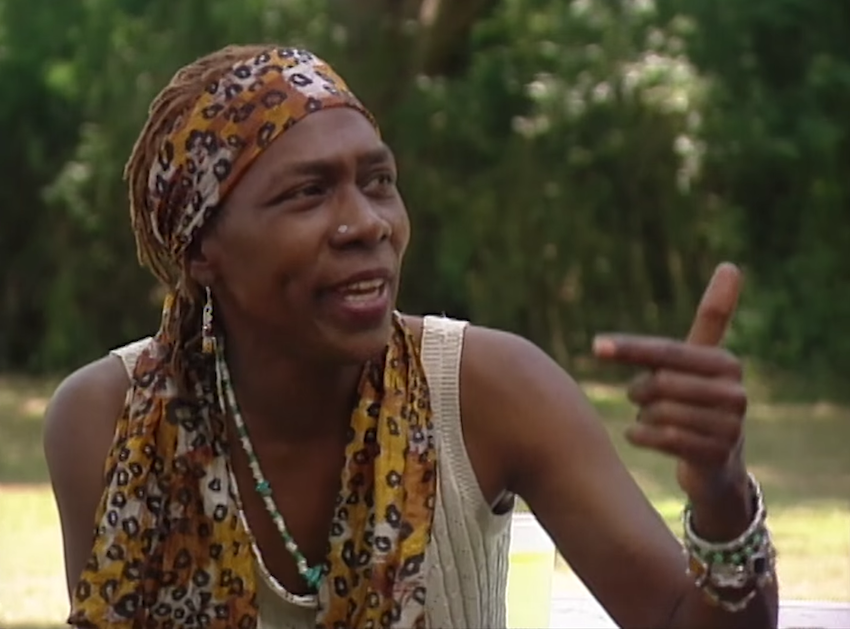 A still from a 1998 MTV interview with Afeni Shakur.

Afeni Shakur, social activist and mother of the late rap icon Tupac Shakur, died Monday evening from cardiac arrest at the age of 69.

While Shakur may be most popularly known as Tupac’s mother, she was an activist in her own right. Shakur joined the Black Panther movement in the early 1960s after meeting an associate of Malcolm X who was recruiting youth in the Bronx. “The Black Panthers took my rage and channeled it,” she said in the biography Afeni Shakur: Evolution of a Revolutionary written by A Different World actor Jasmine Guy.

As a Black Panther, Afeni wrote frequently for the Panther Post newsletter and was later part of a group called “Panther 21,” who were arrested in 1969. The group was charged with conspiracy to bomb police stations, department stores, and other public places in New York City. Shakur acted as her own attorney and was acquitted of all charges after a five-month trial. It was while out on bail that Shakur became pregnant by New Jersey truck driver William Garland and Shakur gave birth to her son in 1971. Tupac was originally named Lesane Parish Crooks, but Shakur renamed him Tupac Amaru Shakur, a name derived from the Inca words for “shining serpent.” Shakur instilled in her son the Black Panthers philosophy of Black nationalism, revolutionary thought, and self determination.

Addiction and poverty plagued Shakur, forcing her and her children to move from one homeless shelter to the next from Baltimore to Oakland, where Tupac joined the hip-hop group Digital Underground and quickly became famous for his deep lyrics and dope beats.

After Tupac's death in Las Vegas in 1996, Afeni became the founder of the Tupac Amaru Shakur Foundation and was responsible for Tupac's music, of which millions of albums have been sold posthumously. Most recently, Shakur was involved in the production of the film based on the life of her son titled, All Eyez on Me, which is due to be released in September 2016.

Shakur’s legacy as an activist and mother brought us one of the most influential hip hop artists, but most of all, she showed us the resiliency of Black womanhood.

Read This Next: Sister Soldiers - On Black Women and the True Meaning of Liberation
Read This Next: Two Moms Share Stories of Migration and Breastfeeding