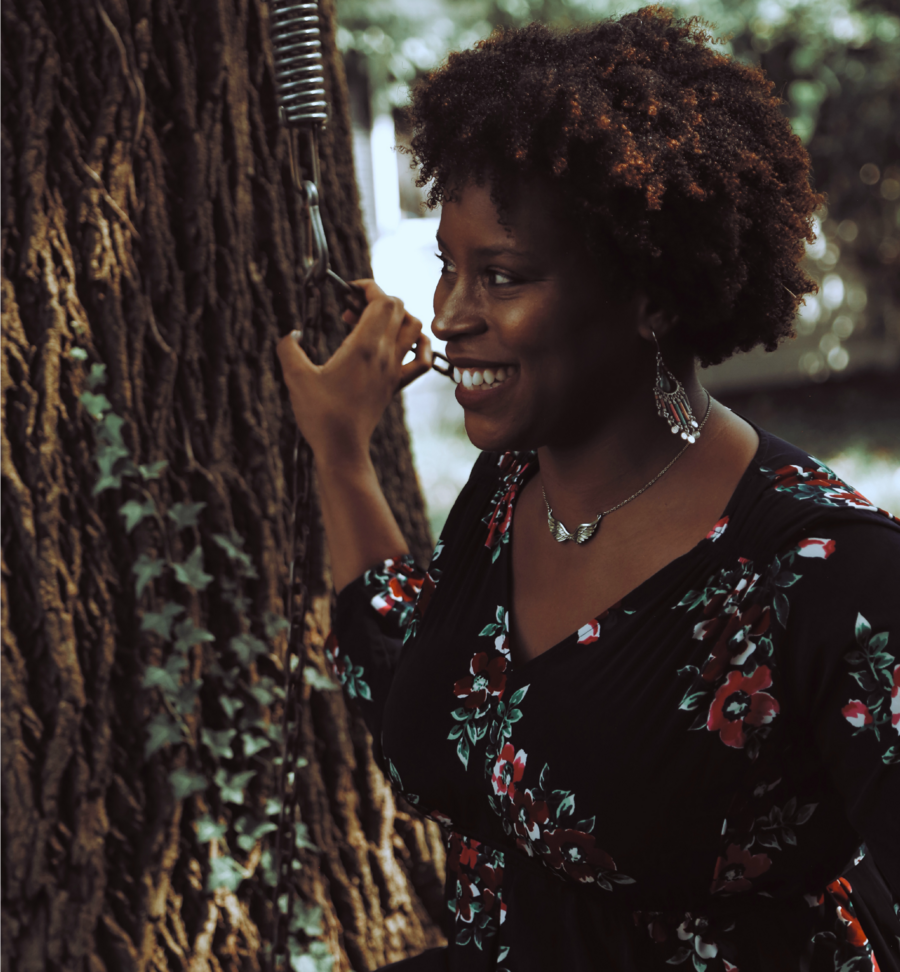 It has been three weeks since Jessica A. Krug, a former history professor at George Washington University, revealed that she’d been fraudulently portraying herself as an Afro Latinx woman both inside academia and outside of it. As she realized that a group of fellow scholars were assembling evidence to expose the ruse, Krug pulled the plug on her own deception, publishing a self-flagellating essay on Medium about the harm she’d caused by pretending to be someone she’s not. Krug—white, Jewish, and raised in the Kansas City suburbs—blamed a traumatic childhood and mental-health issues for her poor decision-making; anecdotes from other scholars as well as her own documented behavior, however, confirm that she was simply drunk on her own perceived power.

Though Krug has resigned from her tenured professorship, the damage she’s caused to actual Afro Latinx scholars is immeasurable. In 2019, Black Latina scholars created the Black Latinas Know collective specifically to combat the erasure they face in academia, a career path already lined with racism, sexism, and a collective dismissal of scholarship produced by people from marginalized communities. “Scholarship on Latinas/os/xs and race is increasingly highlighting the role that race plays in producing unequal conditions,” the collective’s website states. “Yet, time and again, neither Black Latinas or our knowledge production are embraced by scholars who benefit from our work and our experiences.” For Afro Latinx scholars, this erasure takes various forms: They’re passed over for recognition and awards that help offset the costs of their research, locked out of tenure-track opportunities and positions, and regularly see their scholarship delegitimized by more senior, often white, scholars.

There’s little recourse for those who experience this discrimination. “Part of the centering of whiteness in academia is that white faculty members are deemed the arbiters of the existence, validity, and impact of racism: racism exists when white people say it does,” Namandjé Bumpus, a department chair at Johns Hopkins University School of Medicine, wrote in a recent article for Nature. “As a result, racism is often disregarded and excused in academic institutions, at the expense of Black people.” Lies like Krug’s make an uphill battle even more difficult by imperiling the legitimacy of Afro Latinx scholars and the work they do. And, unfortunately, Krug is only one of a startling number of academics who built their careers on speaking for cultures that aren’t their own. After novelist H.G. Carrillo, who also taught at George Washington University, died from COVID-19 complications in April 2020, his family revealed that he wasn’t the Afro Cuban scholar he purported to be. In fact, Glenn Carroll was a Black American man from Detroit, and there weren’t any Latinx people in his immediate family.

Only weeks after Krug came clean, C.V. Vitolo, a PhD student at the University of Wisconsin-Madison, was also outed as a cultural cosplayer. All of these lies—one on top of the other—only serves to destabilize scholarship that’s already at risk of being considered fraudulent because it so often holds power to account. In 2018, for instance, three white scholars attempted to publish 20 fake papers in reputable peer-reviewed journals to prove that using “fashionable” language will result in being published, regardless of the merit of their argument. Controversies that put an intense focus on academics pretending to be Black and people of color further shortchange actual Afro Latinx scholars and their groundbreaking, often cross-disciplinary scholarship. Bitch spoke to four Afro Latinx scholars about their experiences in academia—and about how we can support emerging and established scholars who are exactly who they claim to be. We can start, of course, by buying their books and supporting their scholarship.

My field, African diaspora history, owes much to the field of African history, the field Jessica Krug made her home. And yet our respective fields are overwhelmingly comprised of white scholars researching Black lives. For me, navigating that as an unambiguously Black woman has been a death-defying struggle. The opportunities [Krug] lied her way into ([Portland State University’s]  McNair fellowship, for example) are [ones] I’ve relied on for kinship, camaraderie, and joy. For survival. Black scholars are a community with diverse biographies: hood and not so hood, poor and generationally wealthy. Diasporic. We love one another hard in order to survive. Her farce hurts because it relied on a corruption of that kinship. But I refuse to allow her lies to betray or cheapen my love for us.

Johanna Fernandez, associate professor in Baruch College of the City of New York’s Department of History

The visibility of a small but sizable cohort of Afro Latina scholars in this post-Krug moment is relatively new. Many of us are first-generation college students who decided to pursue a PhD without knowing the first thing [about] what that would entail. If you’re Black in the academy, the assumption is that you can’t read and write unless you prove otherwise—and even then race ideology trumps reality. As the brilliant Barbara Jeanne Fields writes in her groundbreaking essay, “Slavery, Race and Ideology in the United States of America,” “Such is the weight of things that must be true ideologically that no amount of experimental observation can disprove them.” And if you’re Latina, it’s worse because Latinos don’t have as long a history of established brilliance in the U.S. academy as Black Americans.

When I applied for an academic job in the history department at Baruch. I was interviewed by members of that department exclusively. But the dean who hired me offered me an appointment in the Department of Black and Latino Studies, a department whose members I had not met; [they] had not reviewed my work or heard my job talk. Departments enjoy independence and decide who to hire, [so] this proposal was a violation of department rules and life, and certainly a complete disregard for and disrespect of me as a person and scholar. I can’t imagine this happening to a white scholar or to any other department except an ethnic studies unit.

I was [eventually] hired in history, but my classes were cross-listed in Black and Latino studies. During my first year at the college, the white chair of Black and Latino studies demanded that I show up to meetings while I was on leave in the highly competitive scholars-in-residence program at the Schomburg Center for Research in Black Culture. He literally tried to dress me down about this in a meeting. The thing about being Black and female in the academy is that if you show any inkling of independence, some white colleagues will attempt to bring you to heel. The chair of the history department at the time of my appointment didn’t like me; [she] accosted me in my office and asked me in an accusatory tone, “Why did you apply for this position and why did you come here?” I kid you not. There are five or six more stories of outright racial hostility and harassment leading up to tenure, the most benign [of which is that] I was daily confused for my colleague in a different field.

What to do? Most of us were born here. Many of us grew up speaking two distinct languages. As such, we were social mediators and interpreters of language and culture for migrants from Latin America pushed out of their homes by U.S. economic policy and imperial intervention and into a society hostile to migrants. We gained, at a very early age, an analytical instinct, a greater capacity for communication, and a dexterity of thought that is fostered by constantly switching between two languages, two cultures, and two worlds. This is the stuff of brilliant academic writing and inquiry.

For true equity, it’s time to intentionally center visibly Black Latinxs; those who live, think, feel, and build knowledge through this epistemic and ontological lens.

As a dark-brown–skinned Black Latina scholar, I don’t appeal to colorist/racist preferences for lighter skin. I have not been able to fix my dark skin, Danish-colonizer surname, life in Spanish, and my Black Caribbean folks mobilities (prime examples of a Black colonial subjecthood) into nationalist and ethnic frames. These mobilities demand a Spanish colonizer’s name and some palatable “mestizaje” manifested in light skin and curls to validate Latinidad in all sectors of our society, and particularly in  he academy.  The same [institutional forces] that have questioned my belonging in and among the Latinx, Black, and white U.S. academy give imposters a free pass. The focus on Afro Latinidad has been on history and identity, on celebrating a dead Black past whose traces are untraceable. Take stock: Where is the “Afro-” in your academy? For true equity, it’s time to intentionally center visibly Black Latinxs; those who live, think, feel, and build knowledge through this epistemic and ontological lens. I guarantee you what we know will be challenged.

As a Black Puerto Rican woman, scholar, and activist, navigating academia is a constant challenge filled with uncertainty, disappointment, and rejection. In early July, I received an invitation to write a piece about Afro Boricua identity, race, and inequality for Black women in Puerto Rico. However, personal health issues prevented me from turning my submission in on time. I was diagnosed with severe gastritis caused by acute levels of anxiety and stress. My body was experiencing the somatization of being an adjunct professor, with a low salary and no health benefits. It was also reacting to the fact that I taught after a major hurricane, earthquakes, a pandemic, and a colonial state in bankruptcy—all of this while embarking on months of nonstop discussions about race and racism in Puerto Rico.

As an antiracist leader, I was putting all my energy into denouncing systemic racism and asking for justice for police brutality victims. I also joined a public campaign’s efforts to [ask] people in Puerto Rico to complete the 2020 census and write “Afordescendiente” in question number seven. But though my ancestral wounds [were] open and I felt sick, my antiracist pedagogical and public agenda couldn’t stop. With a delay, I was able to submit my essay to the magazine. However, a piece authored by Jessica Krug ended up replacing mine. Maybe my submission will make it to the digital edition; who knows. What I do know is the feeling of uncertainty, disappointment, and rejection. Too familiar.

Read this Next: Dolezal 2.0 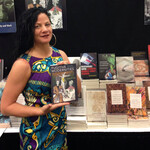 by Evette Dionne
Everything about her behavior screams of whiteness.