At Age 15, Emily DiPrimio is Already a Horror Film Director 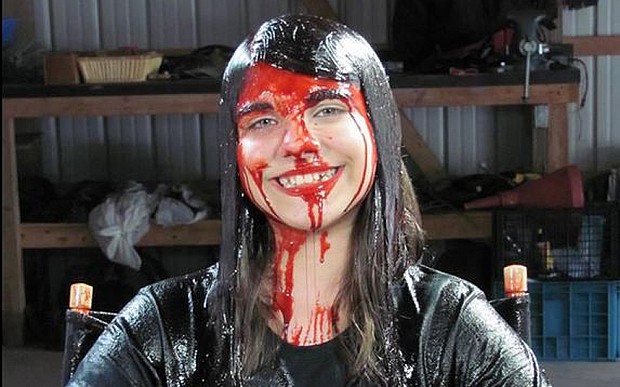 It’s can be tough to imagine the ‘80s slasher flick—whose heaving, blood-stained bosoms, starlet-stalking psycho killers, and gratuitous Technicolor violence characterize so many of the genre’s classics—as a bastion of feminist empowerment. But horror films are fertile ground for conversations about our deepest fears, including subversive approaches to gender and sexuality. Female horror directors have recently found success with box office hits like The Babadook and A Girl Walks Home Alone at Night, though women remain a minority in the film industry: For every woman working in the film industry, there are five men. That makes it all the more impressive that one ambitious, slasher-loving young filmmaker has found (literal) buckets of inspiration in this unlikely source, and is combating a heaping dose of industry-wide sexism whilst she’s at it.

Fifteen-year-old New Jersey native Emily DiPrimio’s take on gore is rooted in the classics, especially in her aversion to CGI and relish for buckets of “real” blood. In 2014, she embarked on her first horror film, Carver, which she funded via Kickstarter. The film’s release was met with a deluge of media attention: DiPrimio’s age (she was only thirteen when the project began) was an obvious factor in the amount of interest the film received, but attention also came due to the film’s genuine quality as it did to any novelty factor. DiPrimio has a keen eye for detail, a deep understanding of the horror genre, and a willingness to get her hands dirty.

DiPrimio’s latest project comes under the auspices of horror director Eli Roth (known for the brutal Hostel series). She is working on an upcoming web series called Violet that streams on Roth’s Crypt TV, which came about after DiPrimio placed second in Roth’s 2014 Six Second Scare Competition. Violet’s young protagonist is a supernatural character who “exists in our world only when she needs to combat the vilest, most evil people one can imagine,” as DiPrimio explains. She sees herself as a merciless instrument of death. That is, until a chance encounter with a mysterious stranger sets her off on a quest to solve her own murder. 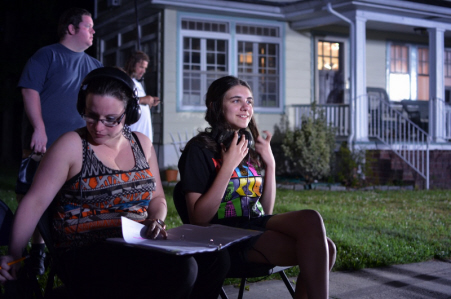 Emily DiPrimio, at right, on set. Photo by Nick Belial.

The chilling first episode’s abduction scenes call upon every teenage girl’s nightmare, and drew upon DiPrimio’s own deeply held fears. “When I was writing Violet—and Carver, for that manner—my dad challenged me to incorporate my own fears into the story line.  He believes—and I agree—that the more personal the writing, the better it will be. My biggest fear growing up was being abducted and never seeing my family again,” she says. “I wanted to convey that in the first episode, that sense of hopelessness when you are at the mercy of a madman.”

DiPrimio’s father, Ron DiPrimio, is a fellow horror buff and film veteran who is actively involved in his daughter’s career. She credits him as a huge driving force behind her successes, and as the reason she got into filmmaking in the first place—and unlike most teenagers, is happy to have dear ol’ Dad involved in her own creative endeavors. “I love working with my dad because I know that there isn’t anyone else who would have my back and look out for my best interests more than him. I can’t envision myself not making a film without him,” she says. Her stepmother, Sarah DiPrimio, pitches in, too—she plays Violet’s titular role.

As grateful she is to have that level of familial support, DiPrimio does take umbrage with those who downplay her own work, and insinuate that her father is calling all the shots behind the scenes. DiPrimio has had to deal with the unfortunate reality that, as a young, female director trying to break into a male-dominated industry, not all the reactions are going to be positive. As she told me back in 2014, “Horror has always been a genre dominated by men, and a lot of the negativity I have received has been directed more towards my gender than my age, which that tells me that people are resistant to a new perspective.” She’s optimistic about changing those antiquated views on gender, but acknowledges that it’s still a slow, uphill battle.

“I wish I could say that the reaction to me has changed completely [with Violet], but there are still plenty of people who are quick to stand up and accuse me of being a shill for my father—that I am the product of the people around me. They refuse to believe that what I have accomplished is due in large part to my hard work and relentless efforts,” she explains. “I was hoping once Carver came out, that people would begin to come around. It’s still early but I am hopeful that will occur. I feel the more chances filmmakers like myself are given, the more attitudes will change.”

So far, DiPrimio says that the reaction to Violet has been “extremely positive.” It’s heartening to hear that horror fans are responding so positively to a story told through the eyes of a teenage girl, but then again, it might be exactly what they’ve been hungering after. Between the omnipresent zombie trend, the kitschy appeal of Scream Queens, the resurrection of The X-Files, and the increasing visibility of the death positivity movement, morbidity is having a moment, and DiPrimio is all about it. As a lifelong horror fan and current horror filmmaker, death is obviously a concept with which she’s intimately familiar, and while her own work ranges from Carver’s campy, retro blood’n’guts to Violet’s psychological horror, she takes an awfully pragmatic view of death itself.

“I think it’s great that people are looking at their mortality in new ways and are becoming more comfortable talking about it,” she says. “The inevitability of death is frightening, because it is something that is obviously out of my control. However, death as a concept does not frighten me.  As long as I do all that I can to live my life to the fullest and never take anything for granted then I won’t be afraid when it’s my time die.”

For now, she’s concentrating on the future. Emily DiPrimio has proven herself as a rising talent, and has already got a few new projects up her sleeve, including a TV pilot and ideas for several new feature films. Horror needs more ambitious young minds like DiPrimio’s to keep it potent, and if her success thus far is any indication, I’m betting we’ll be seeing her name rolling in the credits on a much bigger screen sometime soon.

Violet is her priority right now, though, and the web series seems to be a project she holds rather close to her heart. It makes perfect sense; after all she and her protagonist have got a lot in common.

“Violet is relentless, and doesn’t stop until the job is complete,” she says. “I’d like to think I share that quality with Violet.” 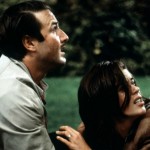