Like Cardi B, Women in Hip Hop Face Ageism and Judgment | Bitch Media 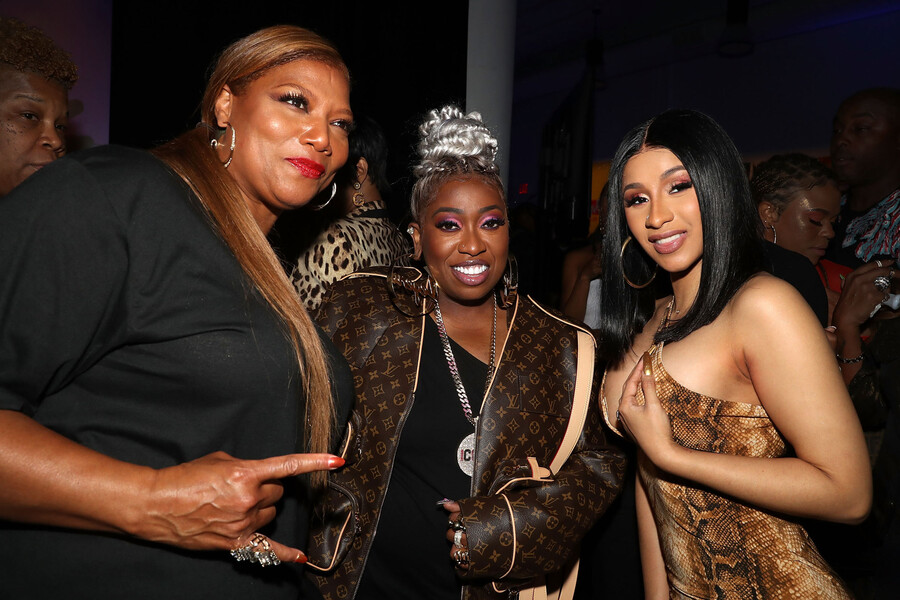 On the occasion that ageism in hip hop is discussed, the conversation zooms in and hyperfocuses on male rappers, particularly those who age out of the genre entirely or leave their youthful prime behind and seek out elder-statesmen roles. Drake has contemplated the former on 2016 songs like “Weston Road Flows,” teasing his impending retirement from rap before he turns 35. “The most successful rapper 35 and under/ I’m assumin’ everybody’s 35 and under/ That’s when I plan to retire, man it’s already funded,” he confidently raps over a sample of Mary J. Blige’s “Mary’s Joint.” At the same time, Jay-Z, who released 4:44 when he was 47 and contributed heavily to Jay Electronica’s long-awaited 2020 album A Written Testimony at age 50, clearly opted for the latter, maintaining relevance while shifting the spotlight just slightly.

Recently, hip hop has adjusted to recognize and praise artists who are late bloomers, at least by industry standards. Detroit-based artist Danny Brown began his career at 26, and XXL magazine awarded him with a coveted spot on its 2012 Freshman Class list when he was 30. In October, Buffalo, New York-based rapper Benny the Butcher celebrated the release of his debut album Burden of Proof by tweeting, “Number 27 on the Billboard charts…not bad for a 35-year-old independent rapper.” Other male artists over the age of 35, including 2 Chainz, Freddie Gibbs, Royce da 5’9,” and Roc Marciano, are also achieving new and continued success, leading some to believe that age is no longer a factor in hip hop. But this is a shortsighted understanding; ageism still prevails. Men may have been able to eclipse it, but women in hip hop are still obscured by it.

Ageism, or the stereotyping of and discrimination against people based on their age, is a problem in hip hop and the music industry as a whole: We’re so enamored with youth that age is used as a marker to determine worth and talent. In hip hop, ageism registers even in the language fans, artists, journalists, and executives have historically employed to describe the genre—it’s a young man’s game. Those who do not fall within these limited intersecting categories of age and gender are more likely to face disadvantages in their careers, especially as they age. Missy Elliott was the only woman who made the cut in Level magazine’s recent 40 Over 40 ranking, “Who’s Having the Best Rap Career After 40?” Trina and Remy Ma met the requirements but did not make the list. But Level’s strict criteria, which included only considering music released after an artist’s 40th birthday, automatically bars rappers such as Eve, Lil’ Kim, and others whose output and impact has undoubtedly been affected by a sexist industry.

Compared to men, women in hip hop don’t release music as often (if at all) after a certain age. Older artists are put on the back burner by labels as their focus and budgets are overwhelmingly assigned to new, younger artists. They may even leave music for a while to work in other areas of entertainment, similar to Da Brat, whose 1994 debut album Funkdafied made her the first solo woman rapper to go platinum, and Queen Latifah, the first woman hip hop artist nominated for an Oscar. When they do release new music, the impact (also part of Level’s criteria) is far less. With limited label support, no label backing for newly independent artists, and poor marketing tactics—such as using fleeting trends to appeal to younger audiences and ignoring listeners who have grown and matured with their favorite artists—music releases can receive little fanfare. Poor streaming and selling numbers don’t incentivize artists to continue dropping music or their labels to better support them, so the unfortunate cycle continues.

Women rappers already exist in lower numbers compared to their male counterparts, and as they get older, the number of women continuing to make music dwindles. Nicki Minaj and Rapsody missed Level’s cutoff by three years, so only time will tell whether they and other rappers of a similar age—as well as nascent hip hop artists like Megan Thee Stallion, Rico Nasty, Flo Milli, and Griselda Records’ Armani Caesar, to name a few—will be encouraged to keep making music as they age, or whether they will be revered by listeners and publications when they’re older. In “Embrace Hip-Hop Womanhood by Crushing Ageism,” a 2020 piece for Rock The Bells, rapper Eve wrote about aging in this genre, sharing that, despite her talent, she wondered if she should “chill” when she realized she was getting older. When Interscope shelved then dropped her in 2010, the 31-year old artist began questioning herself, explaining, “Like, what kind of music do I fucking make? Or do I even wanna make music? Does anybody want to hear my music?” She credits this as the reason why she made and released her 2013 album Lip Lock—which didn’t sell well—independently, after an 11-year hiatus and multiple delays with EMI, her last label.

“When you look at rock or a lot of other genres, they never age out,” she writes. “Why is it that they’re allowed to get older? Why is it that rock or country or many other genres are allowed to literally make records until they die?…. With hip hop, there’s this attitude that you’re done at a certain age…. We got shit to say!” Despite the undeniable efforts and advancements made by rappers of a certain age and the hip hop community’s embrace of older acts, women rappers still feel pressured to be younger, an impossible task. And so they elect to lie. In October, fans and blogs began accusing Cardi B of shaving a few years off her age when a 2011 tweet on her sister’s old Twitter account conflicted with the age she had recently celebrated. A few months before that, fans came after Saweetie for allegedly fabricating her age: When a fan tweeted her, “The internet saying you 27,” she replied, “They trynna age a bad btch!”

Women rappers know that their mics will be taken at a certain age, that they’ll be rendered voiceless, especially if their beauty and power has faded.

Both join Detroit-based rapper Kash Doll, who has for years weathered age-shamers who have pointed out her inconsistencies, more recently opting to make fun of her own age blurring. Age functions as not only a disadvantage and liability when women start their careers—hence why some opt to lie about their age or are encouraged to by labels—but also as an immovable burden. Kash Doll continues to be hounded for her real age, despite already building a successful rap career and proving her talent as an MC. “I say I’m a different age every other week and it always get y’all hyped up,” she tweeted with laughing emojis, pointing out the absurdity of the matter. Her music and talent doesn’t change, whether she’s really 26, 31, 40, or any age deemed “old.” It doesn’t matter whether these rappers actually lied about their age. What is more pressing—and what can’t be denied—is how this is a response to the implicit expiration date set for women in hip hop.

Beauty (or a supposed lack thereof as one’s age rises) heightens this expiration date. Society inextricably ties beauty and age to a woman’s identity, so as long as youthfulness carries the weight of worth, age will matter for women in music. Rappers themselves perpetuate this time limit. During an episode of the Grass Routes Podcast, 50-year-old rapper Redman confidently discussed how he plans on rapping well into his 60s. He listed his predecessors and peers in music who inspire him to keep going. “Gladys Knight is incredible, just to put that out there,” he said. “All these years, she still has the legs, the ass, the beauty, the look, the beautiful Black skin like she’s been drinking water.” His aside, which focused overwhelmingly on how Knight looks rather than on her talent and abilities, rests on the unconscious implication that had her beauty diminished as she aged, her worth—even though her power is her voice—would be significantly less.

Women in rap are likely to be subjected to this same type of objectification as they age and begin to show signs of aging, yet there is no way to prevent it: If we’re lucky, we all get older. When you’re a public figure, youthfulness is something to hold on to because loosening the grip—or letting go—means risking moving one year closer to being forced into retirement. “Male power and vitality is believed to grow with age. Because female power is assumed to be beauty, and female beauty is latched tight to youth, our power is believed to fade over time,” Tamara Winfrey-Harris wrote for Bitch in 2016. Artists in hip hop have shown that age does not negatively impact craft. In theory, extra years of experience and practice better inform an artist’s music and sound. Still, women rappers know that their mics will be taken at a certain age, that they’ll be rendered voiceless, especially if their beauty and power has faded. They alter their ages or don’t reveal them at all, because if that’s what will allow them to extend their shelf life in this young man’s game before being pushed out, then so be it. It is a game, right? And so they play it too. As hip hop settles into middle age and is celebrated for pushing 50, women in the genre should be afforded the same freedom and encouragement to grow, get older, and still be successful in and supported by the industry.

Read this Next: Black Barbie in Bulgari 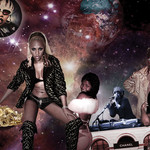 by Brooklyn White
Though ghetto fabulousness doesn’t quite look the same as it did in 1997, its influence lives on.
by Ayanna Costley
View profile »