Kesha’s Not AloneA.K. Karrasch on the Music Industry’s Abuse Problem 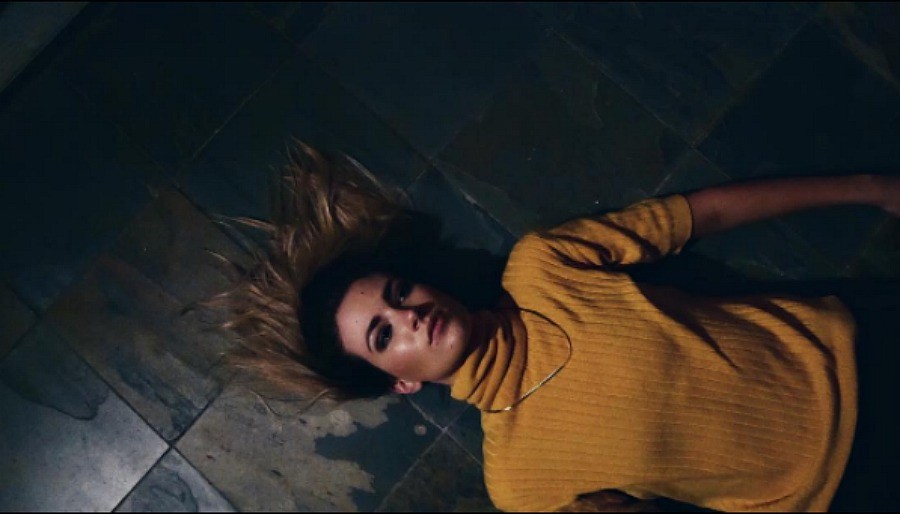 When Kesha began fighting Sony Music and Dr. Luke, the word rallied around her. How could a female artist be legally forced to work with her abusive producer? Unfortunately, Kesha’s story isn’t unique. Abusers are prevalent in many industries, including music. A.K. Karrasch of indie group ALKE, knows that all too well. In this interview with Bitch, she details her relationship with an emotionally abusive manager and how the music industry can stop this from happening to other women artists.

Take me through your journey with your former manager. How old were you when he began managing you and when did the abuse begin?

I met him when I was 16, but he wasn’t officially my manager until I was 18. Up until two years ago, I never foresaw a day where we wouldn’t be on speaking terms or working together in some capacity. Our relationship was unique because he felt like family. I felt very fortunate to have a manager who believed in me and wanted what was best for me. The most confusing part about emotional abuse is that you really have no idea it’s happening to you. Even when your intuition is telling you something isn’t right, you’re drowning in denial. Prior to meeting my manager, I’d already experienced trauma in my life, so toxic situations were normal to me. I had a broken gauge for what was acceptable, which made me more vulnerable to emotional abuse and manipulation.

I liked the idea of having a manager that was also my friend and mentor. It was comforting being able to confide in him. However, the more access he had to my personal life, the more ammunition he had to use against me. If I wasn’t progressing in my career it was because I “wasn’t ready.” I needed to get my “life right” and I could only do that by following his rules, which I did willingly. It wasn’t like this at first. If course, he had to get to know me and earn my trust, but that didn’t take long. He was very convincing, and knew exactly what to say to make me feel encouraged, empowered, and exactly what to say to make me feel guilty and bad about myself. 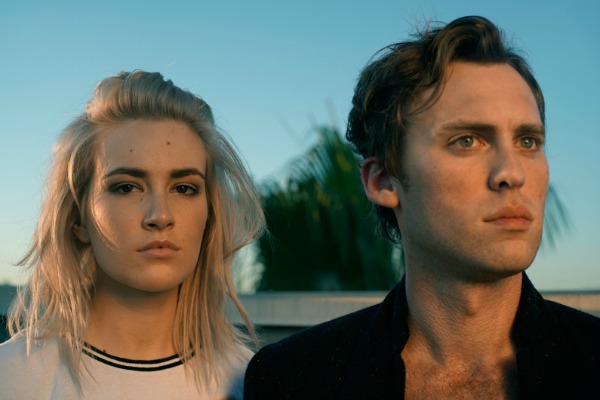 There are a lot of different ways people can be abused and exploited. Often, emotional and mental abuse is coupled withholding funds and completely controlling the money. Was your former manager financially abusive as well?

Yes. The most troubling part was that I had no idea. When you’re being manipulated, you’re also being groomed. Knowing he wasn’t profiting off of me was the number one reason I accepted the nature of our relationship for so long. He had been managing me for years and still nothing in my career had progressed. I wasn’t making any money, so I knew he wasn’t. I was all risk without reward, so it was implied he was doing me a favor by sticking around. One of the things I confided in him was how important it was to me that my mother or family was never asked for money for production costs. He promised me that would never happen. When I was 20, I crowdfunded about $7,000 and gave it to him and his partner to finance my first EP. I did this without knowing he’d been asking my mother for money behind my back. My mother is like any supportive parent and I love her for that, but it meant a lot to me knowing I was doing this on my own.

This was just one example of money being siphoned without my knowledge. He was an expert at dangling carrots in front of my mother and me. He’d tell my mom that if she invested just a little more money we would be closer to a record deal. He successfully hid this from me by convincing my mother to never tell me because talking to me about finances would only make me anxious and unable to perform. After years of nothing happening after my EP, I was brought back to the studio to record new songs and was told my recording costs were waived and not to tell other artists he was “producing” that I was getting free productions. He told me I was ready and I deserved this. Once again, my mother was paying him. It all came crashing down the day my mother broke down and told me everything. He convinced her to give him $30,000 dollars, take out a loan, and max out credit cards. She paid for countless flights, Airbnb’s, and even per diems for multiple people. She was broke, ashamed, and felt taken advantage of. I watched him do this with people all the time, but he somehow found a way to convince me I was special and he would never ask my mom for money.

Were there people within the music industry who knew he was abusive and didn’t intervene? Why do you think that is?

It’s possible, but I imagine those people didn’t intervene for the same reason I don’t warn people he’s working with now. I wouldn’t have listened, so I know they won’t. I already know about a handful of lies that have been told about me to keep people from asking me about what really happened. Narcissists have loyal followers. Throughout my relationship with him, I saw people come and go, usually on bad terms. I saw relationships fall apart and no matter what, I always sided with my manager. He was so charismatic that he could win anyone over and dictate everyone’s perception of him. He was a master at hustling people. I remember times I’d be on the phone with him and if I was in public people could hear I was getting yelled at. Sometimes I’d get asked “why” or “what was that for”… but I couldn’t explain or defend myself because the bubble I was living in worshipped him. Questioning his authority or speaking about him without wasn’t tolerated; it was gossip. 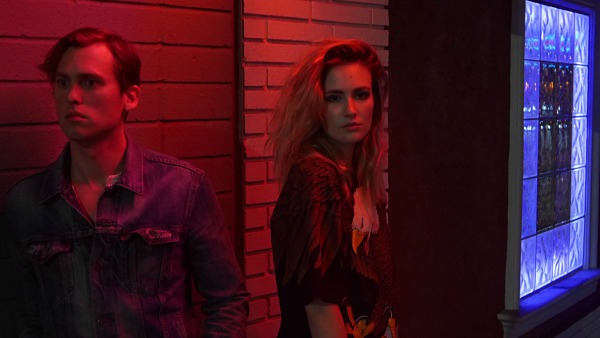 Abusers come in all shapes and sizes. Some are rich, some have status, and some don’t. But they’re all after power and they’ll use people like chess pieces to get what they want. Having a bigger “team” behind you creates the illusion that you’re successful and trustworthy. It’s hard to say that the industry as an entity protects abusers because I think abusers already do a good job of masking themselves. However, I’m positive there are people guilty of turning their head at obvious abuse because chances are the abuser is cutting their checks. Hiding behind a religion helps too. What Christian would ever steal from you or make up lies about you behind your back?

How did you find the courage to end that abusive manager relationship? Did you face any blowback, as other artists, like Kesha, did?

I was so disoriented, shocked, and numb when I learned what he was putting my mother through. Once my mom, Jameson (who’s the second half of ALKE), and I began sharing stories, we realized how deeply each one of us had been played and put against each other. The more that was revealed, the more angry and motivated I was to get as far away and detached from him as possible. I ended all contact, I stopped responding, I hired an entertainment lawyer and had my management contract terminated. I don’t think I could ever compare my situation to Kesha’s. I’m very fortunate to not have gone through what she did in a manager-artist setting, but I do know what it’s like to be told I’m crazy over and over again. This situation has taught me how important it is to have courage. 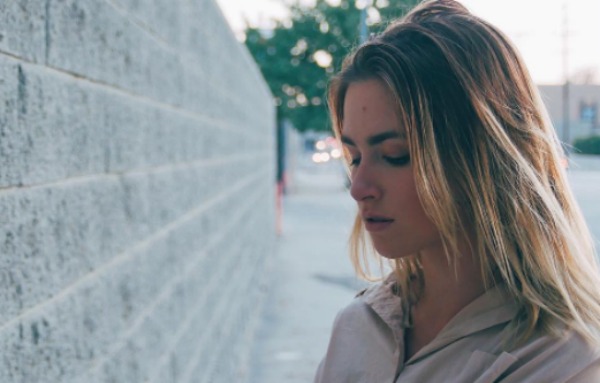 Was music, at all, cathartic as you moved forward?

Creating music is fun again. Creativity isn’t supposed to be controlled or dictated, and for so long, that’s all I was used to. It feels nice to be in control of my voice.

What signs should also female artists look for when beginning new management relationships? How do you know if your manager has your best interests at heart?

If you’re ever involved with someone who makes you feel bad about yourself, walk away. Don’t allow people to dangle carrots in front of your face. If someone is name dropping constantly, call them out on it and ask in what capacity they know that person. Ask for client referrals and call and speak to people they’ve worked with. I strongly urge women to read about coercive control and the many forms it comes in. Before getting a manager, decide if you really need one. Do you have anything to manage? If so, is it manageable on your own?  I have yet to have a manager that had my best interest at heart, but I hope to know the answer to that some day.

What do you hope for as you move forward?

I hope I can be a lending hand to anyone that is going through or has been through some sort of abuse. Abuse comes in so many forms, and it’s especially hard to detect it in the music industry. My overall goal is to help instill courage in anyone that feels they’ve had to suffer consequences for just being who they are. I also hope this country creates laws against coercive control.