Conservatives Are Shaming AOC for Being A Survivor | Bitch Media 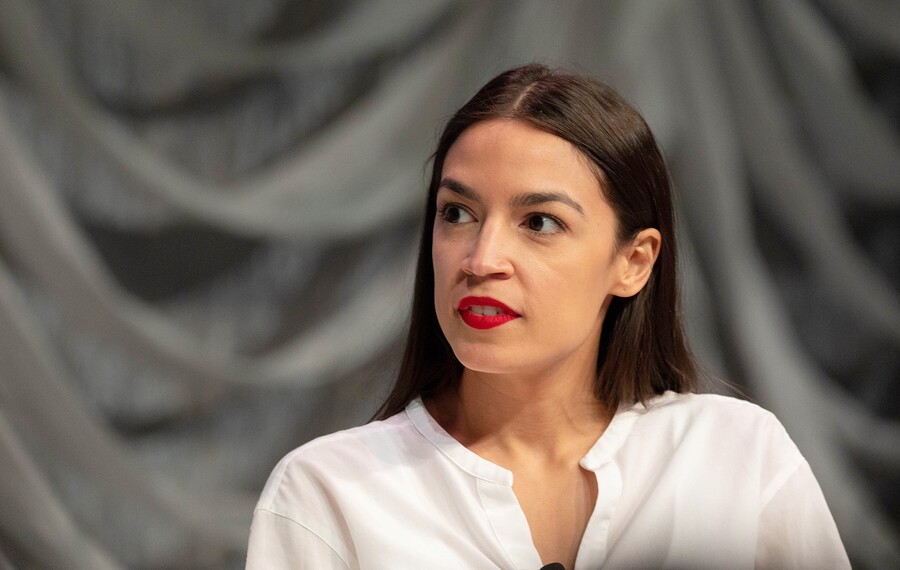 In an hourlong Instagram livestream on February 1, Congresswoman Alexandria Ocasio-Cortez gave a detailed account of what took place on January 6, the day organized white supremacists stormed the United States Capitol in an attempt to overturn the election results in the name of Donald Trump. As thousands of her Instagram followers watched, Ocasio-Cortez recounted one specific hostile encounter with a Capitol police officer banging on her office door amid shouts of “Where is she?” The man didn’t identify himself as Capitol police, and, said Ocasio-Cortez, “He was looking at me with a tremendous amount of anger and hostility.” She feared for her life, she explained, because she didn’t know whether the man was there to “help us or hurt us.” In the last few minutes of the livestream, the congresswoman also disclosed that she is a survivor of sexual violence and explained that the GOP’s attempts to move past the events of January 6 without accountability—senator Ted Cruz has stated he is is eager to “come together and put this anger and division behind us,” without any reckoning or consequences for the publicly elected officials who incited the violence—are the same tactic abusers use to continue their pattern of harmful behavior.

“The reason I say this and the reason I’m getting emotional in this moment is because these folks who tell us to move on, that it’s not a big deal, that we should forget what’s happened, or [who] even [tell] us to apologize,” Ocasio-Cortez said, use “ the same tactics of abusers.” She went on to say, “[W]hether you had a negligent or a neglectful parent, and—or whether you had someone who was verbally abusive to you, whether you are a survivor of abuse, whether you experience any sort of trauma in your life, small to large—these episodes can compound on one another.” Many pundits took to Twitter to urge others to watch the stream, and those who follow Ocasio-Cortez’s social-media accounts responded to her account of her experience in the Capitol with kind comments and heart emojis. But other commentators, especially conservative ones, chose to focus only on the congresswoman’s choice to reveal herself as a sexual-assault survivor—and elected to weaponize it against her.

Oscasio-Cortez was called “manipulative” for sharing her experience, with one right-wing writer at The Spectator characterizing the testimony as “overly dramatic” and “delusional” because, in the writer’s opinion, Ocasio-Cortez herself wasn’t the target of insurrectionists. Her critics charge that Ocasio-Cortez is seeking to insulate herself from criticism and present her account of the insurrection as above doubt. It was clear to viewers Ocasio-Cortez connected her fear during the insurrection to her experience as a survivor of sexual violence in order to offer context for her reaction to a life-threatening situation. But, predictably, her past is now being used to discredit her. To be clear, there is nothing Ocasio-Cortez could have done to recount her January 6 experience in a way that would satisfy her detractors. Since she was elected to Congress in 2018 on a platform of progressive policies such as Medicare for All, Green New Deal, and the abolition of ICE, the congresswoman has been one of the country’s most controversial political figures.

Ocasio-Cortez’s ability to speak to existing supporters and gain new ones via livestreams on platforms like Instagram and Twitch has been hailed by cultural critics as an accessible, personable and effective way to distill key issues and break down complex policies for young audiences in particular. But it’s exactly this openness that enrages her detractors, and her cheerful visibility and canny use of social media is endlessly criticized by people eager for a reason to hate her. Whether they want to admit it or not, discrediting her is in the interests of right-wing commentators, especially as they continue to deny the hatred she inspires in white supremacists, right-wing politicians, MAGA conspiracists, and misogynists of all political stripes. Oscasio-Cortez certainly wasn’t self-aggrandizing when she feared for her life during the insurrection at the Capitol: Almost as soon as she took office, threats of assassination have accompanied her. “[…]In her first three months in Congress, [her] aides say, enough people have threatened to murder Ocasio-Cortez that Capitol Police trained her staff to perform risk assessments of her visitors,” reported a 2019 Time profile.

Wired contributor Nina Jankowicz spent two months in late 2020 monitoring the social-media mentions of 13 prominent politicians, including Ocasio-Cortez and Ilhan Omar, and found more than 336,000 instances of gendered and sexualized abuse posted by more than 190,000 users during that period. And the recent arrest of a participant in the insurrection who tweeted “Assassinate AOC” on January 6 underscores that the congresswoman had every reason to be afraid. To focus on Ocasio-Cortez’s survivor status is to ignore all the context she provided in that livestream—context that she doesn’t owe us to begin with. Disclosing her experience of sexual assault simply explains the lens that colored a day that was terrifying to so many of her fellow legislators. And to mock her testimony as melodramatic—as everyone from Tucker Carlson and Megyn Kelly to right-wing “comedian” Steven Crowder has—when a flood of conservative hatred and sexualized disdain have been an unignorable feature of her political career is a blatantly disingenuous silencing tactic. Connecting the dots isn’t “manipulative”—it’s a way to emphasize that ignoring a violent event in the name of “unity” and “moving on” ensures nothing but more violence.

AOC has learned through personal experience that abuse hinges on the ability of the aggressors to deny what happened without any accountability.

And, while the congresswoman did not invoke her status as a survivor to make a political point, rape and sexual assault were foundational for the creation of the United States empire, so her own victimization rings as especially relevant. During the colonization period of this country, sexual violence was overwhelmingly used as a tool of domination against Black and Indigenous people. And rape culture continues to reinforce white supremacy on both structural and interpersonal levels. Ocasio-Cortez’s perspective as a survivor should be understood as a part of this ongoing process of violence. Ocasio-Cortez has learned through personal experience that abuse and violence hinge on the ability of the aggressors to deny what happened without any accountability or attempt to make sure the violence never happens again.

The continuous white-supremacist violence people of color experience in the United States every day depends on our collective ability to pretend it isn’t happening—to accede to the lie that racism and sexism are bugs and not features of the system. The pretense that this country was founded on freedom and equality instead of violent white supremacy continues to scaffold what we should be dismantling, and does so to the benefit of people who would have all too willingly hurt and even killed Ocasio-Cortez and other state representatives and senators of color in their quest to install Donald Trump as their dictator. “Accountability is about creating safety,” Ocasio-Cortez said during her IG livestream. By naming Josh Hawley and Ted Cruz as people with power who lied to their supporters and incited violence, the congresswoman is seeking to strip them of a platform and make sure that this never happens again. This is exactly what the commentators and politicians weaponizing her survivor status do not want—and all the more reason to support the congresswoman’s plea for justice.

Read this Next: Progressive Lenses 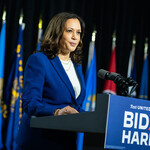 by Kylie Cheung
Merely stating that sexism exists in politics can imperil any woman’s political campaign.