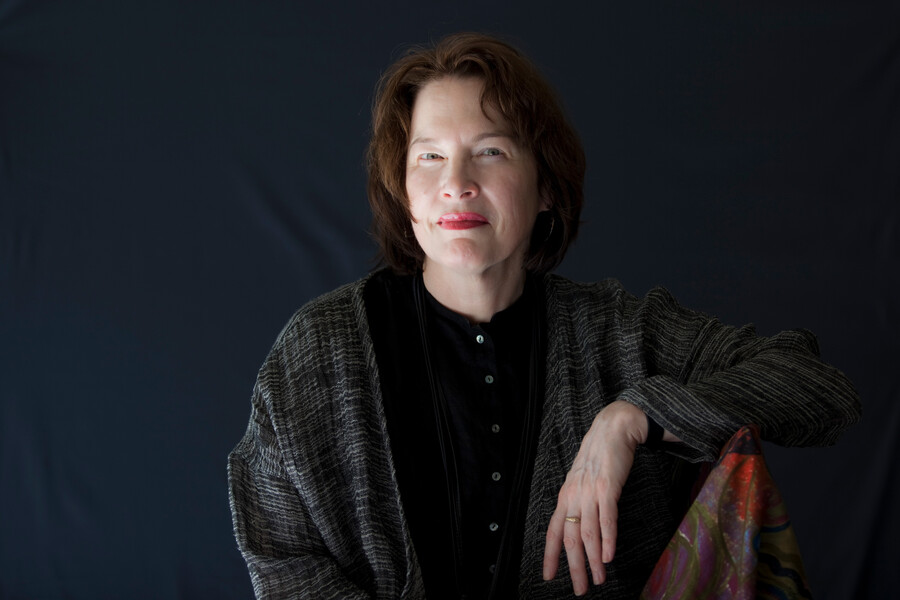 Alice Sebold was raped on May 8, 1981. What happened to her in that tunnel near the campus of Syracuse University, where she was enrolled as a freshman—and what she says she had to do to survive her attack—traumatized and changed her. I believe that.
In the memoir chronicling her horrific experience and its aftermath, Lucky (Scribner, 1999), Ms. Sebold often revisits her inability to separate Black men from the Black man who attacked her. For instance, she recounts how once, while in the car picking up her sister from college, she rides through a Black neighborhood, and she confesses to her mother feelings of having “lain underneath all of these men.” In October 1981, a Black man on the street approached her and asked if he knew her from somewhere. Sebold, triggered by this event, believed him to be the man who raped her. The man was arrested and put in a police lineup, where Sebold was unable to identify him as her attacker. Despite her failure to point him out, Broadwater was charged with (and ultimately convicted of) the rape.
Sebold did not identify Broadwater as her rapist until he was the only Black man in the room at his 1982 trial. That biased courtroom identification—accompanied by biased police officers, a waived jury trial, and now-debunked microscopic hair analysis—condemned Broadwater to 16 years of incarceration across multiple prisons: Attica, Sing-Sing, and Auburn being among them. In those years, Sebold channeled her experience, utilized her MFA, and went onto great success as a highly acclaimed writer.
Because of her compelling story and success, Lucky was in the process of being turned into a film in 2019 (her novel, The Lovely Bones, had been made into a hugely successful Peter Jackson-directed film in 2009). During production, producer Timothy Mucciante noted inconsistencies in Sebold’s book and the proposed adaptation, leading him to doubt the veracity of portions of her story. When the perpetrator was switched from a Black man to a white man in the film, though her attacker’s Blackness was a repeated point throughout the memoir, Mucciante raised concern and brought other inconsistencies to the director. After his separation from the project, Mucciante hired his own private investigator and examined the transcripts—which led to the truth in less than 48 hours. On November 23, 2021, Anthony Broadwater wept as the court told him what he always knew: He was innocent. “The truth was there to be seen if anyone wanted to look,” Mr. Mucciante said in a recent interview.

When we have been wronged, the belief that we are right by default is compelling. The ugliness of what we consider justice can be explained away easily, if we allow ourselves such myopic indulgence.

When we have been wronged, the belief that we are right by default is compelling. The ugliness of what we consider justice can be explained away easily, if we allow ourselves such myopic indulgence. There is no debating that Alice Sebold was a victim of a heinous crime. She requires a level of support, gentleness, and care. But her actions led to the victimization of Anthony Broadwater and the derailment of his future, and he has those same needs. Eight days after the news of Broadwater’s exoneration, Sebold posted a two-minute read on Medium that she called a statement, and others called an apology. She certainly expresses sorrow and sympathy for what happened to Mr. Broadwater, but it reads as a casual observer caught by the circumstance of proximity and little else. She “chose to put” her “faith in the American legal system,” she writes, and Anthony Broadwater “became another young Black man brutalized by our flawed legal system.” She goes on, “I will forever be sorry for what was done to him” [emphasis mine]. What “was done to him” rooted in the power of a white woman’s feelings being greater than any exonerating fact, when the accused is Black. This is only the beginning of what is wrong with Ms. Sebold’s statement. Instead of the young woman who told the probation board that applying the maximum sentence to a man she barely identified would be great political fodder for them described in her memoir, she paints herself as a passive observer. Long before her statement on Medium, she made the center of that world quite clear: a need to make her hate “large and whole.” An active hatred of Black men was not necessary. She knew enough of the world to know that doing nothing would make it whole for her.
Her public statement forced Mr. Broadwater into the spotlight as another Black person in a long line of Black people accepting meaningless white apologies in the face of injustice as the world marvels at their grace. Even now, there is no space for Black anger.
Mr. Broadwater was not the criminal mastermind Ms. Sebold alluded to in Lucky. The man once accused of saying “You’re going to have a baby bitch,” in real life, was too afraid of having children of his own. His conviction loomed large, ruining job and educational opportunities, and making him a social pariah for over 40 years. He was a young man without so much as a mugshot on file, who had recently left the Marine Corps so that he could care for his terminally ill father, who had the misfortune of speaking to a scared white woman. History tells us that Mr. Broadwater will ultimately be compensated financially. Additionally, Lucky has been pulled from the shelves and the film adaptation has been halted. A documentary named “Unlucky,” produced by Mr. Mucciante is now in the works. Given the pattern of American justice, “Consistent” should be considered as a more apt title.

Read this Next: The Kyle Rittenhouse Verdict Was Bad. Democratic Piety Made it Worse. 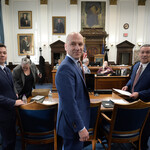 by Madiba K. Dennie
Encouragements to "just vote" tell a grieving country that we can be saved by continuing to do something that hasn’t saved us yet. 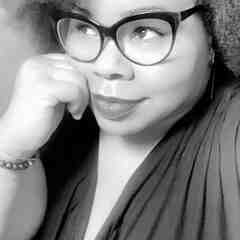 Digital content strategist, podcaster, and recently repatriated New Orleans East die-hard Melanie Dione penned her first manifesto at six years old. Her work has been published in TENDER: A Literary Anthology and Book of Spells: Evidence, Very Local, and featured at The Frick and in Bricolage Theatre’s Wordplay series in Pittsburgh, PA. She is writing her first novel under her two year-old calico Arya’s strict supervision.