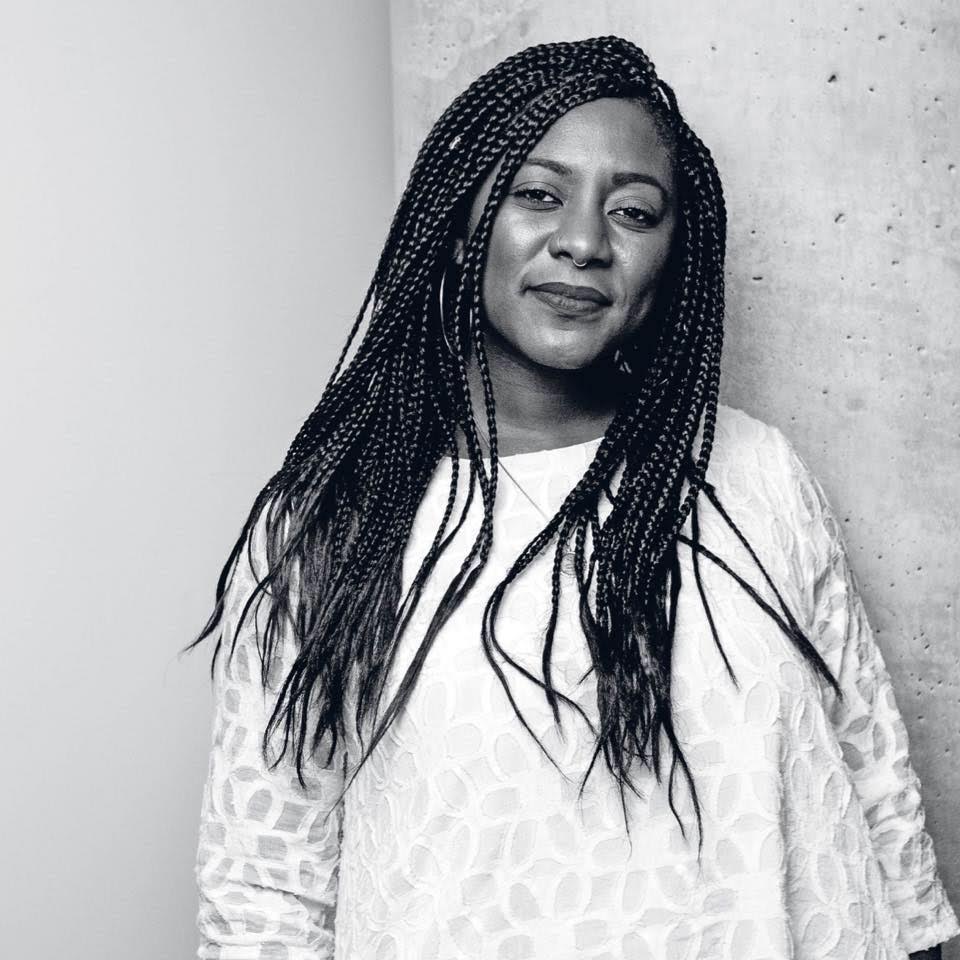 The first initiative of the Black Futures Lab will be the Black Census Project, a national data collection effort that will hear from 200,000 Black people in 20 states about the issues affecting them and their communities, including generational oppression, mass incarceration, police violence, and inequities in healthcare and economic access. Garza spoke with Bitch about the wake of the 2016 election, the importance of aligning political interests, and how to build Black political power.

Was there a moment (or moments) within the past few years that really solidified the need for the Black Futures Lab for you?

The 2016 election season was tough on everybody. Now that we’re squarely in 2018 and facing the midterms, looking back, Black people were really in an untenable position in those elections. And that’s not new. But what was new was the introduction of a candidate who openly supports white supremacy and white nationalism, who openly supports xenophobia, racism, and sexual violence. I think that Black people and a lot of people in our democracy are tired of feeling like we have to make false choices or the kinds of choices that don’t allow us to sleep well at night.

In the midst of all of that chaos, one thing that was really critical for me was being able to dream about if this could happen differently, what would we need? What would we need to not be in such an untenable position? What would we need to really feel that we had choices, and that they weren’t false choices, and it wasn’t about the lesser of two evils, but it was actually driven by an agenda that is rooted in the needs and dreams of our communities? What we saw in the 2016 elections was that BLM was able, in some senses, to impact candidates culturally, in the sense that they had to say, “Black lives matter,” which is such a low bar. Such a low bar. We deserve real engagement with our concerns and our issues.

This project really grows out of that. It’s really for the love of our people. The Black Futures Lab is a place where we’re really trying to innovate and experiment with different ways to build political power that don’t require us to make false choices.

Why is the Black Census Project the first initiative that the Black Futures Lab is undertaking?

Our team is a team of organizers and in community organizing, the first thing you learn is that relationships are important and it’s really important to listen. As we started to think about what it would take to build independent, progressive, Black, political power, we realized that we really needed to reach out to a very wide group of our communities and say, “What have your experiences been and what are your experiences now?” We want to understand how you’re relating to the various social movements that are happening around you and with you. How are you participating, politically? What work are you doing? Are you employed or are you not employed? We want to get a really deep sense of what the experiences are.

One of the things we want to make sure of is that we’re not just talking to folks who are already active in our movements. Our movements need to be much bigger than that, so it felt really important to us to ground our work in some data that really captures the complexity of the Black experience in America. We are talking to 200,000 Black people across the country.

In March, we’re kicking off our field program where we’re training 100 Black organizers from community-based organizations in 20 states who will be dispatched to reach some of the hardest to reach communities that Black folks are living in: Black folks in rural areas; Black immigrant communities that may be reticent to do surveys online; Black communities that have high concentrations of lesbian, gay, bisexua, and transgender folks who are Black; and also we’re really hoping to go deep into communities that have high concentrations of Black people who are incarcerated. We’re really serious about wanting to capture the incredible complexity and diversity of who Black folks are so that we can better shape policies and culture so that it can be more responsive to our needs.

The Black Futures lab website says “our plan [is] to combine technology and traditional organizing methods to reach Black people anywhere and everywhere we are.” What are the biggest obstacles in reaching Black people across rural and urban communities?

One of the big challenges, obviously, is cynicism. Black people have been marginalized from mainstream politics for so long, and given the fact that traditional mainstream politics are very exclusive of Black people, it makes it really difficult [to engage]. But at the same time, we also have this dynamic where Black people, and Black women in particular, participate at such high rates, but get the least out of government. We’re really aiming to change that dynamic, and to do that, we have to build political power. We can’t just be mad about the state of affairs—we’ve got to really all throw in and make sure that changes.

The other dynamic that I think is a challenge is that not all of our communities are online, and that has to do with the aggregation of power by corporations. Obviously, net neutrality is a big issue that impacts Black people’s ability to communicate online. We have to be creative about how we bring those strategies together and not over rely on one or the other.

The third thing that I would say—and there are different opinions on this—social media is an incredible tool to be able to communicate across geographies and across traditional barriers that have typically excluded Black people from being able to be a part of the conversation. And at the same time, social media is a tool, it is not the end. So what we want to make sure of is that there we are really deeply engaging real people face-to-face and using technology to be able to connect people, but not just relying on technology as the great panacea.

All political change fundamentally comes from changing people’s relationships to each other and a lot of the ways that that happens can be online, but mostly it’s about how we are in community and how we struggle through the same challenges together. We’re taking all of that into account as we develop our strategy, but certainly those three things that I just named are some barriers that not just us, but our whole movement has to figure out, how to be creative about overcoming.

Since the election, we’ve seen so many progressive groups and activists focusing on local elections—is that part of the strategy of the Black Futures Lab?

I think what’s clear for us right now is that what’s happening federally is untenable—that’s a nice way of saying it—but that there’s a lot of power to be built in cities and states, and the way to impact what’s happening federally is really to beef up the political muscle that is being exercised in cities and states. From our perspective, we really take that mandate seriously and at the same time, we want to make sure that our organization is geared toward movement building. There is a real danger in this moment that people can look at the state of politics and look at the state of play and say, “I’m just going to focus on what’s happening in my city.” I think that would be an error. We do need to deeply focus on our cities and our states, but we need to make sure that our agendas and our interests are aligned across these types of geographies. That’s a unique perspective that the Black Futures Lab is bringing to this project of building political power.

We know that Black women have been leading the way for progressive political and feminist agendas. Is there a goal component within Black Futures Lab to increase the number of Black women in office, or pushing more Black women into leadership positions?

Not everybody is going to run for office, and that’s okay, but we do want to cultivate people’s capacity to impact politics. In a moment that feels really polarized politically, we think that’s really important. Part of what we envision for our work, for example, is that we’re building a Black public policy institute called Black to the Future, which is launching in August and will train Black grassroots communities to be able to legislate solutions and legislate their vision and dreams. At the same time, to be thinking about how we transform this democracy that is not working for everyone to actually work for everyone. That’s what we think our specific contribution is. We don’t want to recreate the wheel or duplicate efforts that are already incredibly successful. Instead, what we want to be able to do is contribute what’s missing.

Black Lives Matter has always had a strong youth presence in their work. Can we anticipate that kind of intergenerational involvement in the Black Futures Lab?

I hope so! I think that there is a lot of youth-focused organizations, which I think is important and incredible, and I think that the intergenerational piece is also incredibly critical. And it’s critical, in my mind, for us to be able to really bring together millenials and folks who i call “midlers,” like me. I’m 37; I’m not a millenial. And those two groups of people have similar concerns from very different positions in life. If we’re able to figure out how to match that in a way that we can move together powerfully, we’d really be onto something.