Dear Filmmakers: Stalking is Not Romantic 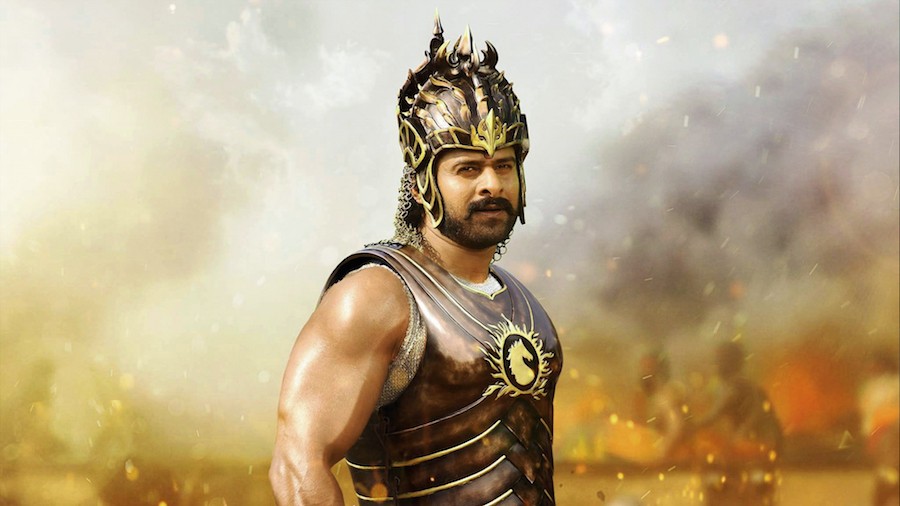 Baahubali is the most expensive Indian film ever made: The two-part work cost $40 million to make. Its investors don't need to worry, though. After its release in June, Baahubali swiftly broke all Indian box office records, earning $50 million. As Forbes notes, “That makes it the most successful opening in the history of India’s prolific, multi-language film industry which makes over a thousand films each year.”

Unfortunately, like many South Indian films, it centers on an aggressive male hero. Baahubali is billed as an action-adventure romance, an epic drama about two warring brothers and a rebellious warrior woman who is trying to free a queen from prison. At its center is a story of the hero—a man who stalks and sexually harasses the female warrior until he breaks her spirit and independence. She is the leader of a powerful guerilla rebel group. But when she tries to fight off his romantic advances, he disrobes her, gives her a makeover, and in about the span of a minute, makes her fall in love with him! From then on, she is not a warrior anymore. Yep—this is the stuff of cinema gold.

Despite its popularity, the film has garnered some criticism, including from the Indian pop culture blog The Ladies Finger. “The heroic alpha male wins through constant pressure, sabotage, shows of strength,” writes critic Vivekananda Nemana. “Need I even mention the implications for real life street harassment and stalking?”

We agree. Films like Baahubali which have women give into the persistent and aggressive advances of a man perpetuate the dangerous idea that it’s romantic when men refuse to take “no” for an answer—that a woman’s “no” should be met with constant pressure to change her mind. Sadly, we can see this theme in many popular films; in India, blockbuster romances Darr, Deewangee, Saawariya, Tere Naam, and Ranjana come to mind as well-regarded films whose protagonists harass their heroines in the name of love. Superstar actor Salman Khan’s films have this storyline so often that he has seemingly built his career on normalizing stalking as acceptable behavior.

The stalking-as-romance theme is obviously not limited to Bollywood—Hollywood is enamored with “romantic” male stalkers. “Stalking is love” is so common that the problematic plot device has its whole own category at TVtropes.org. It’s way too easy to put together a list of 50 romantic movie heroes who are technically stalkers—think about Mr. Big from Sex and the City or Edward in Twilight, both of whom try to keep in constant contact with the object of their desire even after she tells him to leave her alone. We often see leading men in films lie, manipulate, blackmail, and persistently pursues their love interest even when she clearly and repeatedly tells them “no.”

When media repeatedly sends the message that this is an adorable and loving way to treat women, it is inevitable that some men then act it out in real life, pursuing women relentlessly and expecting them to respond positively. While it makes for popular cinema, in real life, sexual harassment is not romantic. In Delhi this July, a 19-year-old woman and her mother were shopping at Anand Parbat when men who had been pursuing the young woman against her wishes for two years started harassing her yet again. She protested and they stabbed her 35 times, killing her, and hurting her mother who tried to help her. Earlier this year, an Indian man working as a security guard in Australia was acquitted of stalking charges after his defense team argued that his aggressive behavior was “quite normal” in Bollywood films. The guard had been facing charges for constantly texting, calling, and approaching two women—he also began to refer to himself as their boyfriend. The defense team argued that there was nothing dangerous about his behavior: “Male characters in colorful, romantic Bollywood movies are often seen determinedly pursuing their female counterparts until they finally acquiesce to a relationship.”

Given the persistence of the “stalking is love” messaging, it is inevitable that some men then act it out in real life, expecting women to respond positively. In 2014, Stop Street Harassment conducted focus groups with various demographics for their national US study on street harassment, including with a group of college students in Maryland. One male student reflected, “When young men see how their older fellow men are talking to females, they’re saying persistence is key and that’s what they’re mostly getting drilled into their head, so they don’t know how to stop. They think when she says no, she’s just playing with you, she just wants you to keep talking to her. I think that’s why so many people are being harassed.”

We agree that the idea of “persistence is key” is an important contributing factor here. But a cultural disrespect for women—from India to the US—is also part of the problem. This disrespect is manifested in many ways in our films, like the over-representation of women as sexual objects that have fewer leading roles, fewer speaking parts, and fewer articles of clothing on than men in Bollywood and Hollywood films. Combined, the stalking trope and the disrespect for women contribute to world where high rates of violence against women in every country, from their homes to schools, from the workplace to the streets are seen as normal.

So how do we get men and boys to adopt a different attitude and behavior when they interact with women and girls? How do we get them to respect consent and differing viewpoints if they are constantly bombarded with messages in the media that tell them to pursue women and that it’s okay to disrespect them?

Elsa D’Silva is the co-founder and managing director of Safecity and a 2015 Aspen Institute New Voices fellow.

It is not the responsibility of the victim to change their behavior. It's a ridiculous suggestion that women should better learn how to defend themselves; this is akin to victim blaming (ie if she had been more forceful in her objections he might not have assaulted her). Those with power must instead change. Men must learn to understand that no means no, and the media can play a important role here. "Crying foul" and raising awareness is a step in the right direction.

I agree with nearly all of this article but feel the need to point out that the Bollywood film Darr, while certainly suffering from some other sexist tropes, is by no means a romance -- the stalker is quite clearly an obsessed, mentally disturbed and abusive stalker. Unless I seriously missed something, the film does not depict his behavior as romantic or acceptable not does the heroine ever fall for her stalker's attempts to woo her. The name of the movie is literally "Fear". There are plenty of examples of Bollywood movies romanticizing an aggressive, abusive hero, but this isn't really one of them. 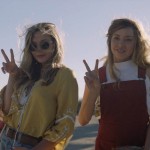 by Emma Snape
“Ingrid Goes West” proves nearly everybody uses social media to lie about who they are.