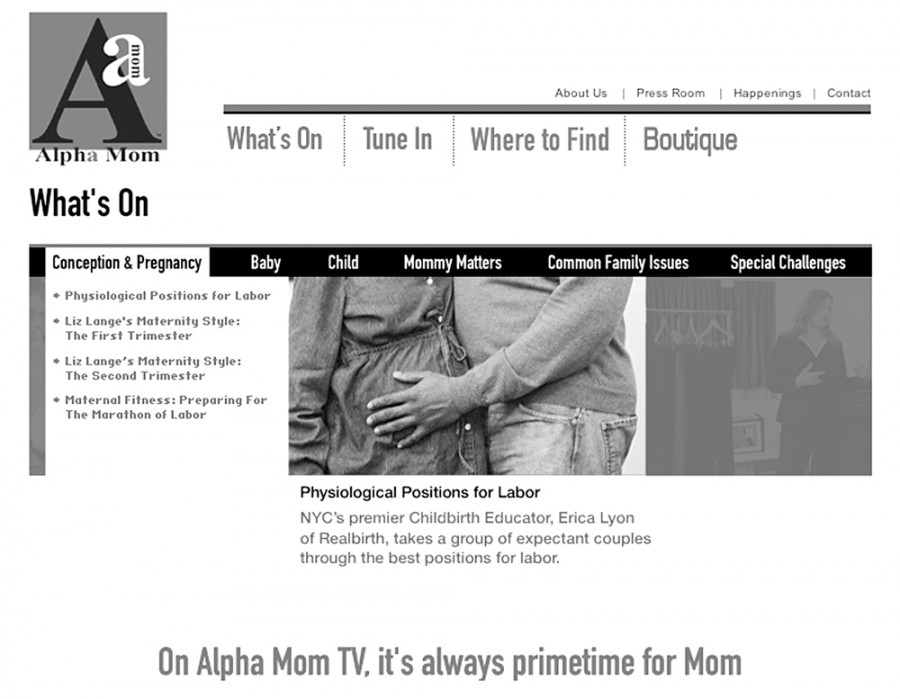 With all the world in strife, one might think the moms of New York would cut each other some slack…. That motherhood, in short, would serve as a safe house where civility and mutual respect rule. Think again. Motherhood, for all its well-documented joys, has become a flash point for envy, resentment, and guilt.

“One might think,” in other words, that mothers could comport themselves in a more seemly manner. Because if we don’t get ourselves under control, we’re going to explode.

This is the message of what I call the mommy media, that blitz of books and articles by writers who have gone on orange alert over the state of American motherhood. Which, apparently, is nightmarish: We mothers collapse under the stress of planning the perfect playdate, we’re prone to catfights on the playground, and whether we’re at home or working outside the house, things are only getting worse. Or so we are told. Of course, child­rearing is a job that has always been up for public evaluation. Parents, the media, random bystanders, Dr. Tom Cruise—all feel entitled to weigh in on women’s most personal decisions. Why would parenting be exempt?

To wit: In her recent book Perfect Mad­ness: Motherhood in the Age of Anxi­ety, Judith Warner blames Amer­ica’s “Mommy Mystique” for creating a generation of self-negating stay-at-home moms whose worlds revolve around hosting the perfect birthday party. Equally miserable and stressed are their office-worker counterparts, who are too exhausted and guilty to enjoy their kids when they come home. In her May 9 column, New York’s Amy Sohn derided the “clique warfare” that separates moms on the playground into “in” and “out” groups, and pits Maclaren stroller disciples versus Peg Perego acolytes.

And then there’s the June 20 cover article (New York again; you can draw your own conclusions) about businesswoman and “chief operating mom” Isabel Kallman, whose start-up network Alpha Mom TV features programs like Alpha Mommy Moguls and advice on raising overachievers. The self-described “very type A, very aggressive” Kallman created Alpha Mom TV, currently available to 6.5 million Com­cast subscribers around the country, for goal-oriented mothers—”leaders of the pack,” according to press materials, who want the “latest, best-of-breed information” on the “newest innovations, hippest trends and research breakthroughs” in ­child­rearing. Round-the-clock programming allows “mothers seeking ­excellence” to stay “ahead of the curve.” And that’s just the beginning. Today the tube, tomorrow “world dominance,” as Alpha Mom “extend[s] its market presence via a range of branded merchandise.”

Chilling. And just in case you missed the subtext, New York’s disparaging tone and subtly biased phrasing make it clear: Kallman is a desperate control freak, symbolic of the obsessive, self-absorbed excesses of modern motherhood. After estab­­lish­ing that Kallman, who gave up her 100-hour weeks on Wall Street for motherhood, “didn’t have the maternal instinct at all” when her son was born, writer Randall Patter­son nudges this image along with a scene in which Kallman (who has a small army of help in raising 2-year-old Ryland) takes her leave: “ ‘Buh-bye, sweetheart! Mommy has to go!’… And away she goes, in heels and slinky dress.” Later, Patterson snidely describes Kallman’s attempt to get into the proceedings at Ryland’s birthday party. “The guitarist sang ‘The Hokey-Pokey,’ and Isabel tried to shake a little.” Ouch. The article even slams Kallman’s business partner, Vicky Germaise, who is “somewhat alpha herself” but, poor thing, “[has] only Yorkies to love.”

In the course of undermining Kallman, Patterson makes light of motherhood itself, describing newborn Ryland as “this tyrannical alien who not only wouldn’t let [Kallman] read the paper or muse about herself but wouldn’t let her take a shower, wouldn’t let her get dressed.” “Muse about herself?” A more accurate translation might be “take a moment to concentrate on her own needs” or “stop for a breath.” Kallman comes out of this looking like a whiny navel-gazer, but any new mom can vouch for the truth of all of the above. Kallman is simply telling it like it is; it’s the journalist who’s putting a snarky spin on her experience.

In typical mommy-media fashion, the article individualizes the experience of motherhood and childrearing, refusing to acknowledge that our culture and its politics put mothers on the defensive. That Kallman can afford to hire a village of night nurse, nanny, and babysitter doesn’t negate the fact that she is trying, like every mother, to figure out a balance between career, community, and child that feels right to her. Her balance may seem out of whack to you or me; her solution may not be one we would choose, let alone afford; and her priority of “absolute control” over her life may strike some as unrealistic, pathological, or profoundly sad. But the fact remains that she is ­trying to negotiate these issues just like the rest of us.

As it spotlights mothers like Kallman, the mommy media misses another point: These frenzied moms are not the real villains of modern motherhood. As Ann Hulbert wonders in a March 8 review of Warner’s book on Slate, is this frantic one-upmanship of “addled overparenting” really the central crisis facing modern mothers? Is “being too attached, too coddling, too ‘child-centered,’” the Progressive’s Ruth Conniff asks in her May review, truly “the American family’s big problem”?

Probably not. No question, motherhood is hard. (It can also be intensely pleasurable, but that’s another story, probably not one you’ll find in the mommy media.) American women face substantial obstacles to sane and fulfilling parenthood, as women always have. But this media-fueled crisis of motherhood applies to a select stratum of upper-class families. Rather than breaking journalistic ground, the mommy media is engaged in the timeworn tactic of inviting its middle-class readership to sneer at the antics of the rich. Even better, rich women. Like a certain political party in power, it’s playing the class card, not to mention the misogyny card, even though it would never come out and say so. In the process, it ignores the 8 million single mothers raising kids, the 45 million Americans who lack health insurance, and the more than 11 million children living below the poverty line who could use more coddling, not less.

But who wants to read some depressing story about the human condition when we can watch rich-bitch moms duking it out in the baby-food aisle or on tv? As it whips up the sensationalism—and the sales—the mommy media would have us believe we are imploding in our efforts to outbuy, outmaneuver, and outmother one another. We are pilloried for being competitive, product-obsessed hyperparents, even as we are urged to indulge in competitive, product-obsessed hyperparenting.

What’s a mom to do? Well, we could start to confront these divisive forces by remembering some common realities of motherhood. Like any group, mothers share certain experiences and traverse certain shared emotional ­terrain. Fear, for instance. We all know that despite all the gear, expert advice, and how-to books, raising a child is a process of trial and error and trial again. And whether you’re a stockbroker or a stock clerk, it’s challenging.

You know what I’d like to read? An article about a “determined, hard-charging” woman who is doing something genuinely constructive, who has some wisdom and some humility, and who is not so stereotypically off-putting that she becomes a sitting duck for biased journalism. And, just once, I’d like a story with a happy ending. For some modern mothers, this black chunk of envy, frustration, and resentment we’re supposedly lugging around is, upon closer inspection, not a lump of coal. It is something gorgeous—textured, multicolored, and shot through with glints of sublime joy. It’s too bright for the schadenfreude of the mommy media, but it’s there, and it’s an important part of the story too.

Juliet Eastland lives in New York City. Her writing appears in magazines, online, and in several anthologies of essays. She loves being a mom.

I loved your article. I am part of the bizymoms.com New York community and I know they would love to read it. http://www.bizymoms.com/new-york/index.php