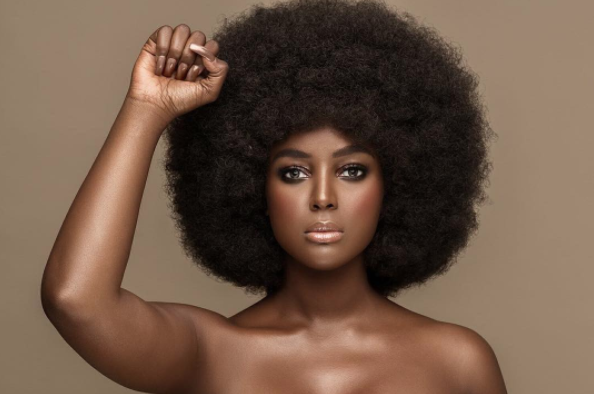 Love and Hip Hop Miami should come with a trigger warning for unambiguously Black Latinxs. Seeing Afro Dominican singer Amara La Negra on the show is a dream come true for 6-year-old me, who searched for images of women like myself in media and never saw any Afro Latinas—particularly those with dark skin and Afro-textured hair like mine. But watching Amara on Love and Hip Hop comes at a high cost in a society that conflates race and ethnicity and forces people who live at the intersection of multiple identities to pick just one. (I was recently part of an Essence roundtable on this very subject.) I could go on and on about Latin trap music producer Young Hollywood calling Amara the “Nutella queen” for loving her complexion, and I could rant about her lighter-skinned Latina “friends” gaslighting her by saying her reaction to Hollywood’s overt misogynoir was melodramatic, but other think pieces have already done that. Instead, I believe it’s important to talk about what the dynamics and complexities of the Vh1 show reveals about race, ethnicity, and gender in the Americas.

The conundrum of Latinidad is navigating racial identity in a predominately multiracial society. The lines of race literally and figuratively blur among most Latin Americans who possess Black, white, and Native ancestry that’s often further mixed with Asian and Arab ancestry. But we can never dismiss the shadow of white supremacy cast on the Americas by European colonizers, and to be darker skinned within the fallacy of racial hierarchy means that to be Black is to be on the bottom. The casta (racial caste system) implemented by the Spanish and Portuguese to clearly delineate the racial and economic classifications of the growing mestizaje (mixed-race) population birthed a categorization of race so detailed that in Brazil there are upward of 136 ways to identify one’s race, skin color, and ethnic features: the color of coffee, Black behind the ears, the color of wheat, pelo bueno (good hair/straight hair), pelo malo (bad hair/curly and kinky hair), to name a few. There’s an abundance of ways to describe the colorful spectrum of Latinx identity, but all are viewed through the lens of one’s proximity to whiteness and Eurocentric features.

It’s this cloak of whiteness that has rendered 130 million Black people and 45 million Indigenous people in Latin America invisible. Black and Native women in the zeitgeist of Latinx culture are overwhelmingly portrayed as entertainers, maids, or sexual objects. Although dominant Latinx culture embraces rhythms, foods, styles of dance, dress, and speech that embody its African and Indigenous roots, the people behind the culture from which those things are extracted are rarely centered or celebrated. This is why Amara matters—her popularity and hypervisibility open doors for more Afro Latinxs. But what if there was no door? What if we tore down the house that narrows our vision of Latinx identity and allows entrance only to those it deems palatable and profitable? Movements to embrace Blackness and Indigeneity in Latin America are vibrant and working daily to break through these confines by demanding greater visibility and recognition of their humanity beyond the color of their skin.

Steeped in radical politicization, movements of liberation and freedom in politics and culture are increasingly led by Latinx femmes of color. For decades, the women of the Zapatistas in Mexico have symbolized a new era of Indigenous resistance immortalized by images of marching with handkerchiefs around their faces and fists raised in the air. Indigenous women throughout the Americas find themselves on the front lines to protect the environment from climate change fueled by capitalism and a land grab for Latin America’s precious natural resources. It is the women of La Red de las Mujeres Afro, a network of Black women throughout Latin America, who are disrupting the silence of the discrimination they face because of both gender and race. Leveraging the United Nations proclamation that 2015 to 2024 would be the International Decade for People of African Descent, La Red has moved its visibility beyond the Americas and into the global consciousness.

Banda Didá, an all-women band of Black Latinx women, fills the streets of Salvador de Bahia, Brazil, with rhythms passed down from the members’ African ancestors, delivering a cadence that upends a tradition of drumming as a “man’s role.” In a recent New York Times profile, a member of Banda Didá said “It is our responsibility to share with the world the power that is within us as Black women.” This desire, drive, and motivation of Latinxs from historically marginalized communities of color works to undo the painful divisions and legacy of the casta by offering us the space and opportunity to define ourselves outside of the white gaze. This work to decolonize breaks down the boxes and barriers that force us to pick a side. It loosens the white-supremacist grip on the Americas and challenges the mixed-race and white Latinx perception of superiority, forcing them to confront their hypervisibility and privilege that obscures Blackness and Indigeneity. While the visibility of Amara and other prominent Latinxs of color, we must also stop responding to baseless attacks that question our identity. We can no longer bend and contort ourselves to become palpable to our oppressors. We must unapologetically be ourselves and amplify the intersections, complexities, and complexions of our existence. It is they who must change, not us. 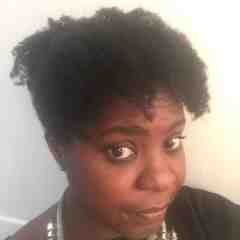 Jamila Aisha Brown is an Afro-Latina womanist and mujercista who is a child of the Americas and a global citizen of the African diaspora. She is a writer, albeit reluctant, who is passionate about amplifying voices from the global South and challenging white supremacy and imperialism. Jamila is a digital strategist by day, an Assistant Adjunct professor at NYU by night, and radical fashionista 24/7/365… and sometimes 366. 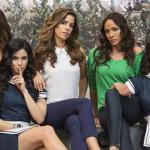 I got hooked on Devious Maids when it premiered last year a for good reason: I was...