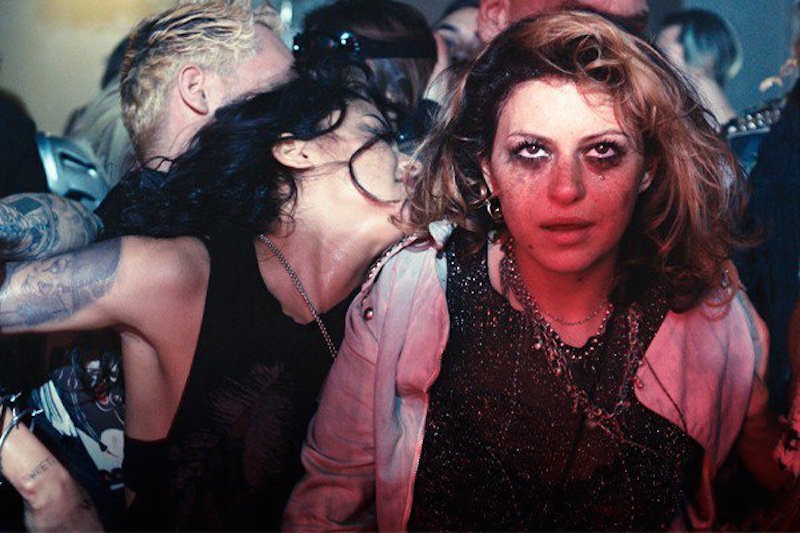 After some 10 years in the making, actor and poet Amber Tamblyn’s firecracker directorial debut, Paint It Black, premiered at the Los Angeles Film Festival last month. The drama is a film adaptation of Janet Fitch’s 2006 book of the same name, the follow-up to her celebrated novel White Oleander.

Frustrated by an earlier experience trying to sell the film rights to the book, Fitch had been reluctant to try her luck again. However, over Scorpions in a tiki bar with Tamblyn and their mutual friend, the poet Derrick Brown, Fitch found herself impressed with Tamblyn’s obvious and persistent passion for the project. “She made [this movie] happen with a single, maniacal vision,” she told me.

Like White Oleander (which made it to the big screen in 2002 with Michelle Pfeiffer and Alison Lohman in the lead roles), Paint It Black is a story of an older woman and a younger woman competing for territory: The two women are grieving a boy named Michael in the wake of his suicide. For the imperious, upper-class Meredith (a wild-eyed Janet McTeer, icy and unhinged), the devastating loss of her only son brings yet another ghost into her family home, a blue-walled mansion in which the air is already thick with secrets. Meanwhile, the scrappy, punk-rock Josie (a luminous Alia Shawkat) has lost her lover and is left adrift in their makeshift haven, a red-walled apartment covered in murals and filled with salvaged furniture.

Stalking each other with equal parts curiosity and revulsion, Meredith and Josie both feel ownership over Michael’s memory. Unsettled by the disparities in their recollections, each is desperate to prove they knew Michael better and come to terms with why he would kill himself. Meredith has Josie and Michael’s apartment cleared out, swaddling herself in their skin-pink afghan as if warming herself on their love, while Josie, in retaliation, creeps into her mansion, drinking from Meredith’s glass and—in a clever visual reversal—stealing away with her signature blue dress. 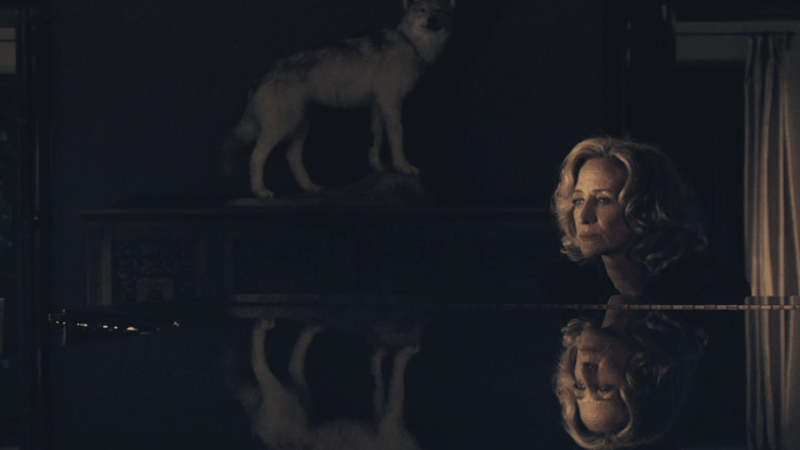 Janet McTeer as a bereft, rich mother in Paint It Black

It’s a story about power that’s very much tied up with class, as the acerbic, self-aware Josie brilliantly points out in a scene with Michael’s father. After he calls her “real,” she responds, “That’s another word for ‘poor,’ right?” The class conflict in the story was important to Fitch. “There aren’t a lot of [stories],” Fitch says, “from the point of view of the bright but uneducated person… I’m very interested in situations in which people find themselves dislocated from what they were raised to think would be their life. I’m someone who believes that survival is not just necessity—it’s heroic.” With a bold vision and an incredible cast, Tamblyn brings this heroism to brilliant life.

Where Fitch’s novel gave voice to the characters’ thoughts, the film used extended close-ups of Josie’s face to take the place of expository internal monologue—doing what a less skillful, more literal-minded director might have attempted to achieve with voice-over. Shawkat’s freckles and curls give her world-weary character a compelling innocence, while her big, expressive eyes imbue Josie with an obvious dignity and compassion. There are scenes of Josie’s grief-stricken face appearing like a pietà and others where she’s bathed in red light, jaw set, a goddess of vengeance.

“[Tamblyn] told me she wanted warriors for this film,” Fitch says about the casting process. Shawkat’s Josie is a force to be reckoned with.

To Josie, Meredith’s world is both a reminder of her loss and seductive in its glamour and ease. Steely, hypnotic, and supremely manipulative, McTeer’s Meredith exercises her power to the fullest, alternating threats with the promise of intimacy, drawing Josie into a cocoon of toxic symbiosis. 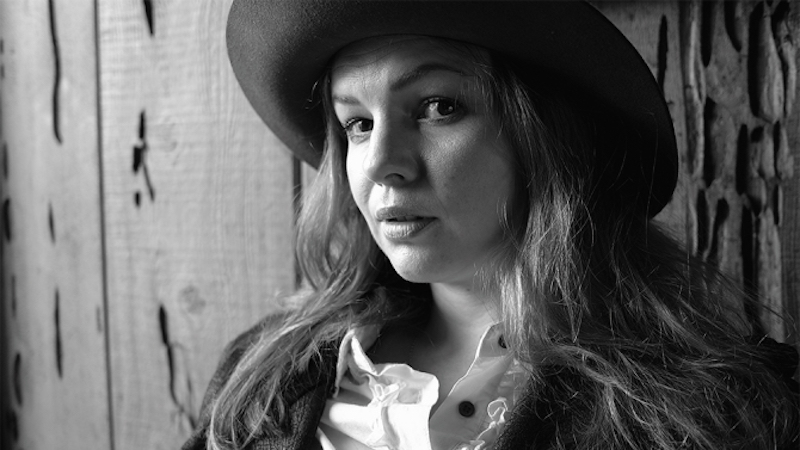 Paint It Black started out as a Gothic short story that Fitch expanded into a novel. In translating it to the screen, Tamblyn has drawn out the story’s surreal elements. Under Tamblyn’s poetic direction, the psychological tug-of-war between the women has David Lynch vibes (Tamblyn’s father, Russ Tamblyn, starred on Twin Peaks, which she has said she grew up watching on the sly, through her cracked-open bedroom door). Meredith keeping tabs on Josie becomes a film-noir nightmare, blurring the boundaries between haunting and haunted. Flashbacks are disturbed by objects from the present, little nuggets of alarm, and strangers say unsettling things that seem somehow prophetic of the situation in which the characters find themselves.

While there are a few initial moments when the effects and montage feel a bit forced (especially the overuse of slow-motion for dramatic impact), over time the film blossoms into a deftly spun, wholly absorbing kaleidoscope of fear and memory. Tamblyn and cinematographer Brian Rigney Hubbard bring an obvious love of texture and detail to this approach. While the novel is set in the ‘80s, the movie opts for an undefined present, but the subtle markers of place and tone are no less evocative for it, from the liquor-in-jam-jars bar, where Josie drinks with Michael’s father, to Meredith’s house, where a host of hunting trophies bear witness to the characters’ various flirtations with death. “Part of the responsibility of being an artist is to return the world to regular people,” says Fitch. The rich texture of the movie makes it a triumph in this regard and a sensual story on multiple levels.

And Josie has to find her way out of this haunted house. As Meredith dangles the promise of empowerment through privilege in front of her—all taffeta dresses and dinner parties—she has to find a way to adjust to a world without Michael on her own terms. Tamblyn takes an ending that, told in less nuanced and more Hollywood terms, might have seemed facile or unearned, and she gives it dignity and resonance.

Tamblyn has said that giving herself permission was the main shift required for her to transition into directing. “Being a former child actress left me feeling creatively limited for so many years in my early 20s, mainly because I knew there was so much I wanted to do, but didn’t know how to do it without the permission of older white men,” she told Filmmaker magazine. “I can generalize with that statement, because that is literally 99 percent of the directors and producers I have worked for. It’s not a bad thing, it’s just a REAL thing.” When she first thought about adapting Paint It Black to the screen, she didn’t think about directing it herself—until a friend suggested it. “I grappled with the decision for a short period of time, then finally realized they were right. What was I waiting for, exactly? And the minute I gave myself my own permission to do it, it was like a fire that burned down every acre of the unsure girl I used to be.”

Paint It Black is currently seeking a distributor. Keep an eye out for news of its wide-release date.