The American Palate is Your Passport | Bitch Media

The American Palate is Your PassportOn Belonging, Food, and Immigration 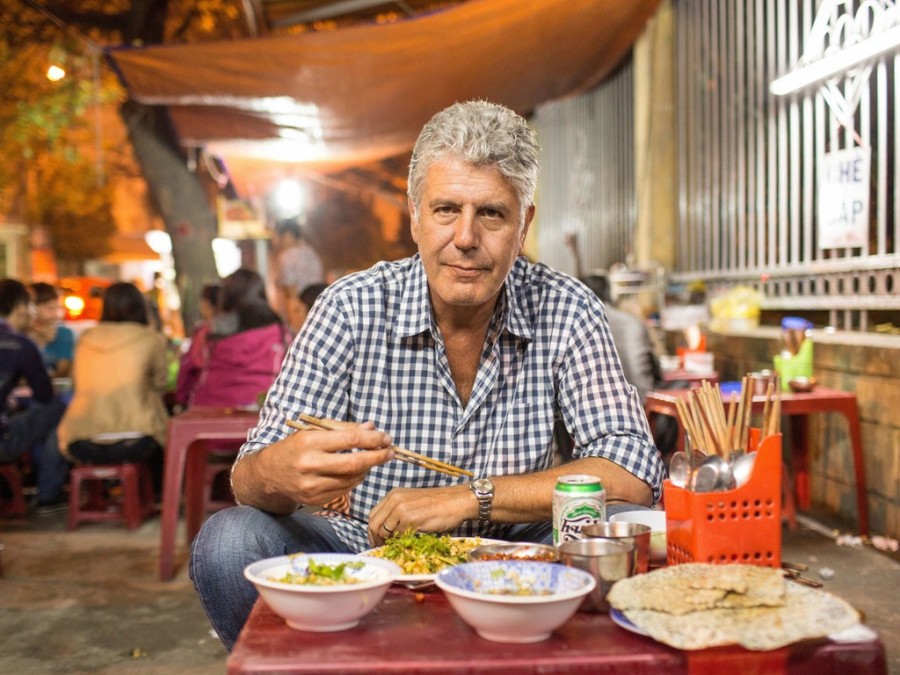 My mom went full Martha Stewart one year (or, to be more accurate, full Rachael Ray) and copied an entire Thanksgiving meal from a television show. She actually recorded the episode, sitting in front of the TV with a pen, a paper, and the determination to complete a domestic activity unheard of to her until then. She, the non-cook among five siblings, was going to make Thanksgiving dinner for our 35-plus extended family, and no, she did not want your help. She had Rachael Ray.

So began the dinner that still lives in infamy…

My mom followed Rachael Ray’s recipe to the letter. Unfortunately for her, certain things are assumed common knowledge. Like that a turkey has innards that come wrapped in a little plastic baggy inside the cavity of the bird and should be removed before inserting said bird into the oven. Needless to say, hot plastic and an electric knife did not make for a neat carving.

I do not tell this story often, not out of any shame or discomfort (I think it’s hilarious), but because I don’t know what to make of my relationship to food and my culture. I’ve moved to four states in the past nine years and lived in innumerable neighborhoods within them. Food is many things to many people. To me, it is my security blanket in a new city, an easy cure for homesickness, and a way to introduce friends to a country they’ll likely never visit themselves.

Anthony Bourdain caught some slack a couple of months ago from Paper City Magazine about an alleged “white people ban” for the Houston episode of his critically acclaimed show on CNN, Parts Unknown. “How dare he?” was the gist of the article. Never mind the fact that Anthony Bourdain is white. Never mind that the majority of the audience watching his show is white. Paper City could not seem to fathom a reason for the intentional exclusion of whiteness and, as can be expected, diatribes on liberals and reverse racism dominated the comments section for a couple of days after. Bourdain himself quickly denounced the article, calling it cheap “race-baiting.” Paper City’s argument illustrates an important point, though I suspect not the one they intended to make.

What does the culture carried over deserts and oceans by immigrant communities really add to the United States’ idea of the United States? In other words, if we did not create delicious (seasoned) things for the consumption of white people, would we be here at all? Since so many political pundits seem only to value immigrants for their labor, it’s unsurprising that progressives and left-leaners act as though immigrants are here to please and enrich their taste buds. Much has already been said about the ways foodie culture is actually heavily coded in racial and class assumptions that are clearly reflected in how “ethnic” foods are valued. Be adventurous, try new things, and immerse yourself in another culture! But only if it costs less than $10 a plate.

After many months of searching, I found a Nicaraguan spot in Los Angeles that tastes like home. It is the first time I’ve found Nicaraguan food made by Nicaraguan people in any of the last four cities I’ve lived in. Despite not going very often, knowing that it exists has been no small comfort in my new city. I am dying to take people there, to order all of the things I miss and pile it onto a table for my friends to see and pick through. But I am also terrified.

This is the pressure put on immigrant communities as they try to build a home here. The framing for our existence becomes: What does the country get out of it? Out of you? Bourdain often goes to places that the average American doesn’t have access to on Parts Unknown, untethered by the mortal visa requirements of the average man, which is fine. But just as often, Parts Unknown stays local, exploring major American cities we are all likely to pass through at some point. This, to me, is where things get interesting. Parts Unknown in Houston? “Unknown” to whom exactly? Because we’ve certainly always known we were here. I don’t have a problem with Bourdain’s no-white-people mission. I get what he’s trying to do. But the show exists to painstakingly prove to white audiences that “actually, this is really good and therefore adds value to your city.” This is not what Bourdain means to do, surely, but it’s hard in today’s political reality to not read this show as “you would really miss all this food if it were gone, therefore they should be allowed to stay.”

And there is no hiding who that commentary is for.

Unlike Bourdain’s foraging escapades for handed-down recipes and family kitchens, I grew up eating Chef Boyardee and Hot Pockets and, every once in awhile, plates of food my mother forgot she had already salted, and so she would salt them two or three times over in the process before realizing her mistake. By Parts Unknown standards, Bourdain would likely burst into tears in my mother’s kitchen. But so what? Human beings migrate across countries for their own reasons, for their own lives, not to bring vacation destinations closer. Despite all the best intentions, shows like Bourdain’s—that rave about a new (to them) hole-in-the-wall spot in a neighborhood they would eat in but never ever consider living in or that mourn the loss of a great restaurant knowing full well that its viewers didn’t show up to vote in the local election that would have allowed the infrastructure for the restaurant to stay—perpetuate the notion that immigrants are here in service of “real” Americans. Does immigrant culture have to taste good to a white palate in order for us to be here?