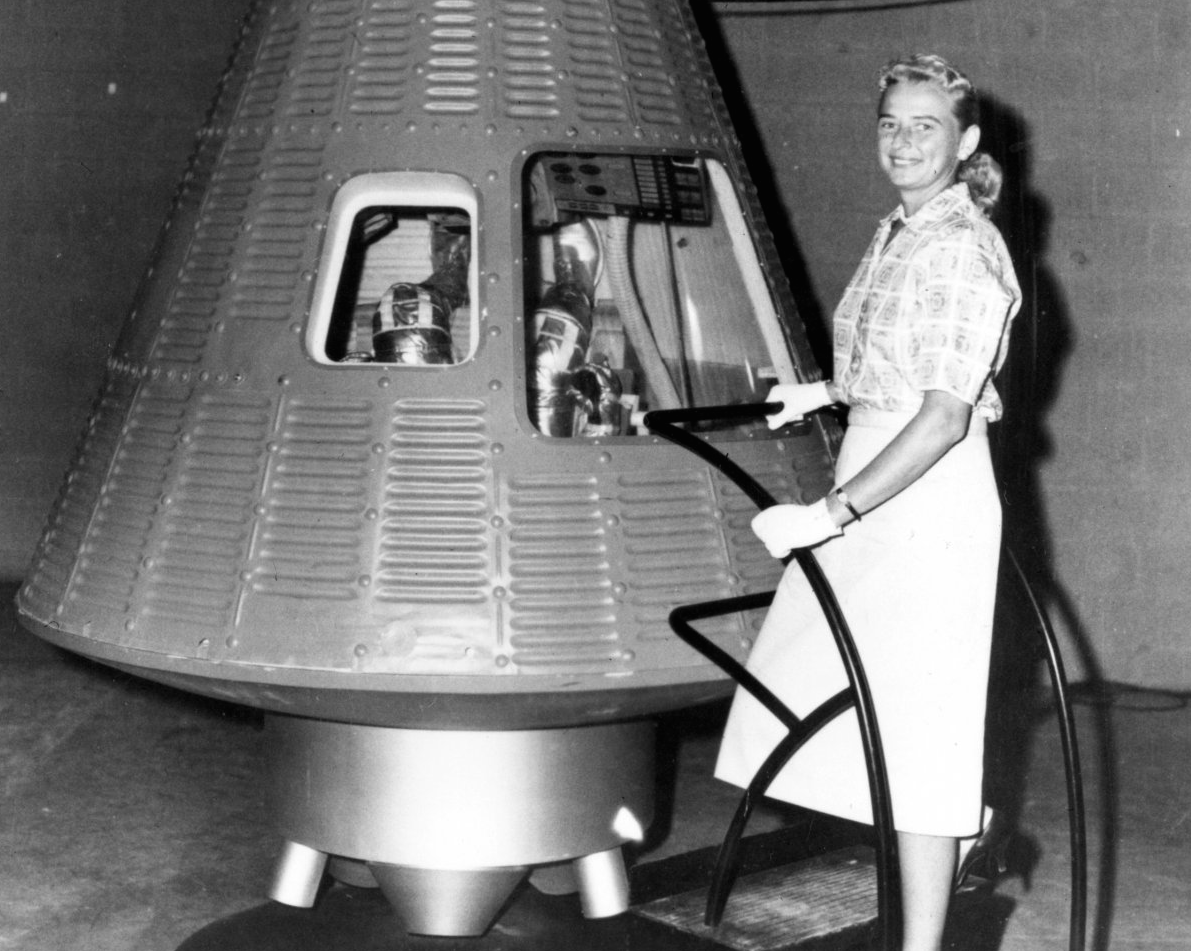 This story was originally published on November 25, 2015.

Last month, an all-female Russian astronaut crew spent eight days together in a mock spaceship to determine how a group of women would interact during space travel as a test run for a 2029 mission to the moon. Sadly, at a press conference preceding the experiment, reporters opted to ask questions on how they would manage without men and makeup for eight days. “We are doing work. When you’re doing your work, you don’t think about men and women,” noted astronaut-in-training Anna Kussmaul. Unfortunately, this treatment of women astronauts is as old as the space program itself.

In the early days of space travel, much was unknown. For example, scientists were uncertain about even the basic idea of whether a human could safely exit the earth’s atmosphere, much less would happen to the human body in space. Sending people into space was the ultimate in human experimentation. What we did know, however, was basic physics: the more weight contained in an aircraft, the more energy and fuel will be needed to propel it from earth, sustain it in space, and safely return. Because of this, women made the best candidates for space travel. It was not rocket science: On ships heading into orbit, every ounce matters. Women in general weigh less, eat less food, consume less oxygen, and therefore required less fuel to get into space.  Despite the math being in their favor, women were excluded from being considered as astronauts during NASA’s earliest days. These days, women are still a minority at NASA. The team that engineered this summer’s spectacular flyby of Pluto was 25 percent women—very likely that’s the most women on any team in NASA history.

Back before humans had gone into space, scientists wondering what conditions the human body would face in space put aspiring astronauts through a battery of tests. In 1959, Dr. William Randolph “Randy” Lovelace II was put in charge of performing experiments on potential astronauts to ensure that they were able to physically and mentally withstand any space-related obstacles, and devised the most sophisticated examination to date. NASA called the experiment Project Mercury and recruited Air Force and Navy pilots to try out the astronaut tests. But because women were banned from being Air Force or Navy pilots, women were excluded from the original astronaut trials. Lovelace, a scientist through and through, was curious about how women performed on the space tests. Since the military pilot pool had no women, he independently sought out civilian female pilots and asked them to be part of the experiment. He also had to find someone to foot the bill; pilot and businessperson Jacqueline Cochran served as the project advisor and personally funded the women’s testing expenses.

His first recruit was Geraldyn “Jerrie” Cobb, an accomplished pilot. Together, Cobb and Lovelace recruited 19 other female pilots to take the tests. The experiments were grueling and sometimes bizarre. One test required them to swallow three feet of rubber tubing. In another, a researcher injected ice water into their ears. Researchers noted that all of the female testees complained significantly less than their male counterparts. Many of the women scored as highly—if not higher—than the men. At the end of it all, 13 of the 20 female pilots passed the tests. The women were called the Mercury 13, though they also went by First Lady Astronaut Trainees—or FLATs, reflecting not only their pioneering status, but conveniently, also a type of sensible shoe.

One of the 13 women, Gene Nora Stumbough (later Jessen), was interviewed in the second season of the PBS documentary show Makers, and discussed the extent of the testing involved. “They did 75 different tests, and obviously they had no idea what in the world they needed to test for, so they did lots of strange things,” Jessen explained. FLAT Wally Funk also described some of the physical tests on Makers: “There was not one hair, tooth, skin, fingernails… through my whole body that was not tested, poked, prodded. They were finding out what every girl in that program was made of—just like they did to the guys.”

Lovelace also sent some of the women to a separate site to undergo a series of psychological tests to see how they would fare in a situation with no human contact. The final test involved immersing the participant in a soundproof isolation tank filled with 93.56 degree Fahrenheit (skin temperature) water, achieving total sense deprivation. Previous experimentation involving several hundred participants indicated that six hours was the absolute limit that a human being could tolerate these conditions before the onset of hallucinations. After spending 9 hours and 40 minutes in the tank, Cobb’s trial was terminated by research staff.  Two women each spent more than 10 hours in the tank before the staff concluded the trial.

The men of the Mercury 7 did not tolerate this particular phase of testing well, despite the fact that their sensory isolation testing was significantly easier: They were placed in a soundproof dark room instead of a float tank. Famed Mercury 7 astronaut John Glenn happened to discover a pad of paper and a pen in the room during his trial and was therefore able to write poetry to pass the time, but even then he only lasted three hours. At the height of the Cold War, when a primary goal of the space program was for America to appear stronger and more resilient than their Soviet counterparts, many argued that sending a woman to space would send the wrong message—comparable to putting a chimp in space, Amy Foster, a space historian, explained in Makers. If a woman—or chimp—could make it in space, some thought, it really was not that great of a feat; for that to be the case, it had to be done by a man. 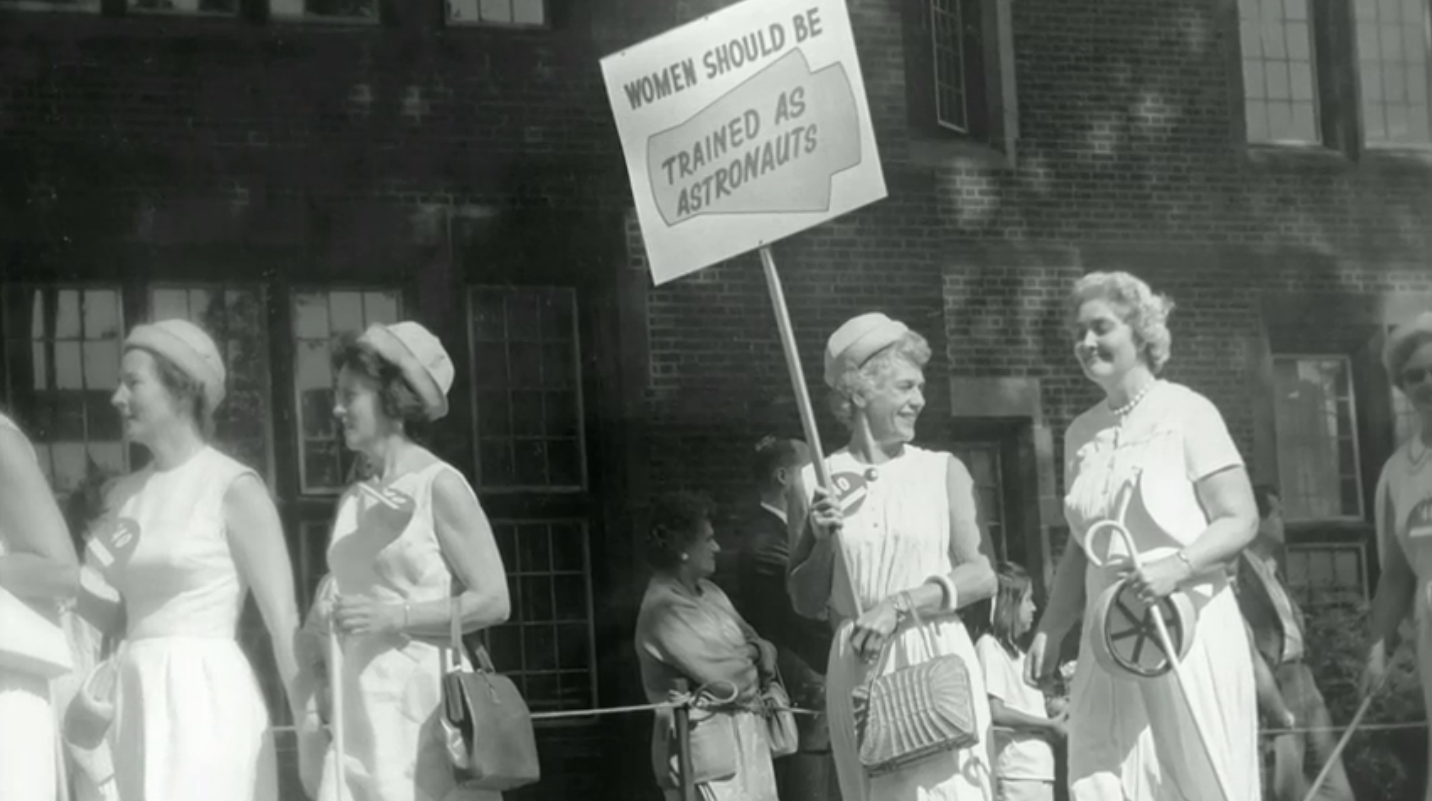 Even as Alan Shephard, Jr.—one of the male Mercury 7 astronauts—was getting ready for his historic trip to space in 1961, Lovelace had not given up on his female participants. He began the next phase of testing at the naval air station in Pensacola, Florida. Lovelace knew that in order to be seriously considered as potential astronauts, the women in his program had to undergo the next level of aerospace medical testing—trials involving jet aircraft. In anticipation of the final phase of testing, some women quit jobs, made arrangements for their families, and trained hard. At the last minute, the US Navy denied them access to the base unless Lovelace could obtain NASA’s approval for the testing in writing. He could not, and the trial was cancelled. Further complicating the situation was the fact that President Dwight D. Eisenhower had previously made a decision that only jet test pilots would be considered as potential astronauts, which immediately excluded women, who were still barred from Air Force training schools.

In the summer of 1962, the Lovelace Program ended. Vice President Lyndon B. Johnson’s interest in putting forth what is perceived to be a strong, masculine image of an astronaut trumped his concern for equal opportunities for women. At the bottom of a memo about the program, the vice president scrawled “Let’s Stop this Now!” in uncharacteristically large handwriting. Cobb and fellow FLAT Janey Hart took their case to Congress, but were not able to overcome the obstacle of being denied the opportunity to become jet test pilots, and therefore, astronauts. Bernice Steadman, a commercial pilot who had learned to fly before she learned to drive, said the hardest part was not any of the physical discomforts, but the disappointment that came after finding that the testing program had ended. In a biographical sketch on the Mercury 13 from the International Women’s Air and Space Museum in Cleveland, Ohio Steadman said, “We were sworn to secrecy about the program. We didn’t know how many other women were being tested or who they were until an article about the testing appeared in Life magazine in 1963.”

In 1963, Russia was responsible for putting the first woman in space, Valentina Tereshkova, and the United States didn’t send a woman into space until 20 years later, with Sally Ride. Since then, about 40 women have flown into orbit as NASA astronauts, but there have only been four Russian female astronauts in space. While the recent eight-day all-female trial in Russia was promising, the questions these women faced indicates that attitudes towards women in space haven’t changed all that much since the 1960s. 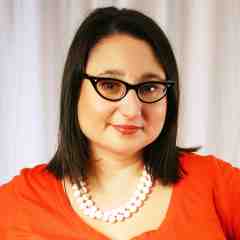