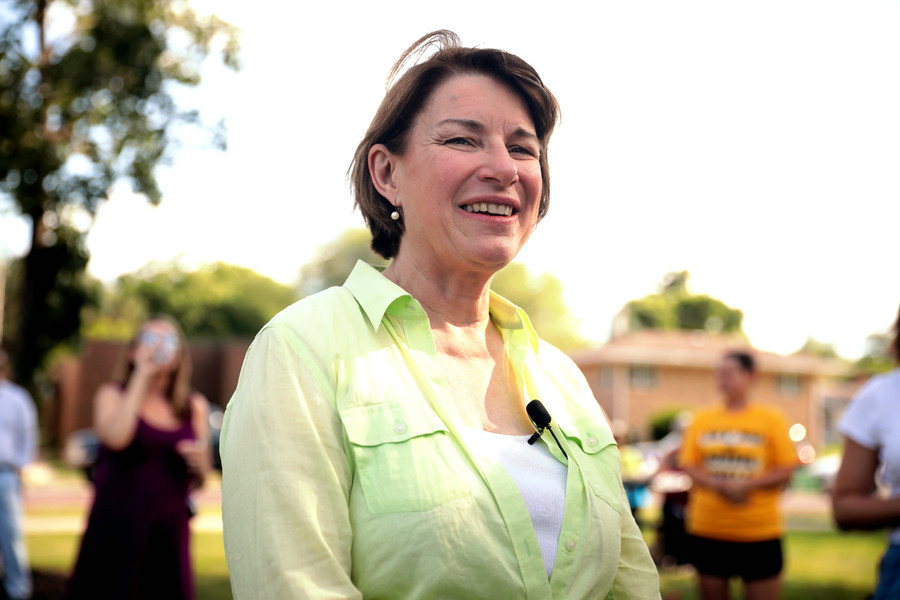 Amy Klobuchar speaking with supporters at a meet and greet at the Adel Pavilion in Adel, Iowa, in July 2019. (Photo credit: Gage Skidmore/Flickr/Creative Commons)

The Democratic primary is finally underway. While three women remain in the race, only two are viable candidates who may win the nomination. Progressive candidate and U.S. Senator Elizabeth Warren is running on “big, structural change” that includes sweeping policy proposals, such as Medicare for All and a tax on “ultra-millionaires. Fellow senator Amy Klobuchar is running as America’s moderate choice, a centrist whose brand of “Minnesota nice” is likely to appeal to more cautious Democrats. Klobuchar has maintained this brand despite reports that she’s anything but nice to her staff; with a co-endorsement from the New York Times (along with Elizabeth Warren) and her third place finish in New Hampshire, she’s still very much in the running, and the coverage of her alleged abusive behavior has mostly fallen by the wayside.

It shouldn’t have. In February 2019, political reporters Molly Redden and Amanda Terkel published a bombshell of a report in HuffPost claiming three people withdrew from consideration for Klobuchar’s presidential campaign team because of her alleged mistreatment of staff. Shortly thereafter, a report by Molly Hensley-Clancy in BuzzFeed News revealed that Klobuchar’s Washington, D.C. office was  “a workplace controlled by fear, anger, and shame.”

“She demeaned and berated her staff almost daily, subjecting them to bouts of explosive rage and regular humiliation within the office, according to interviews and dozens of emails reviewed by BuzzFeed News. That anger regularly left employees in tears, four former staffers said. She yelled, threw papers, and sometimes even hurled objects; one aide was accidentally hit with a flying binder, according to someone who saw it happen, though the staffer said the senator did not intend to hit anyone with the binder when she threw it.”

Klobuchar was prone to unpredictable, angry outbursts. According to staffers who spoke to BuzzFeed, anything from “minor grammar mistakes, the use of the word ‘community’ in press releases, forgetting to pack the proper coat in her suitcase, failing to charge her iPad, and using staples” could prompt a fit of rage. Data also reveals the toxicity of Klobuchar’s leadership: While staff turnover isn’t uncommon on the Hill, Klobuchar’s annual turnover rate is 36 percent––more than one-third of her staff members leave every year. Some of Klobuchar’s staff immediately came to her defense, decrying the sexist double standard that men are framed as authority figures while women are often expected to be caregivers. Asal Sayas, a former scheduling director for Klobuchar, told BuzzFeed that “Women shouldn’t be expected to nurture their employees or colleagues more than men, and they should be no less entitled to challenge them.” This is absolutely true, but throwing objects at your staff and routinely humiliating them isn’t neither a commendable behavior nor a sign of leadership regardless of one’s gender.

There’s an undeniable double standard in how men and women are perceived when they’re in leadership positions, and the media glare of a presidential primary amplifies it. Men in positions of power are considered authoritative and decisive, while women in similar positions are derided as bossy and bitchy. Male candidates such as Pete Buttigieg and Bernie Sanders have been able to wield anger as a tool to advance their own candidacies, finishing first and second in Iowa respectively, while Warren and Klobuchar have literally apologized for being passionate. At the same time, the way a presidential candidate treats their staff isn’t a sideline issue, but one that’s central to who they are and how they will govern. If true, the allegations against Klobuchar reveal a toxic work culture, instituted and perpetuated by the person in charge. And feminist voters cannot afford to ignore that.

At a CNN forum last year, Klobuchar attempted to address the allegations. “Am I a tough boss sometimes? Yes. Have I pushed people too hard? Yes.” This is not neither an apology nor an admission of wrongdoing: “Pushing people too hard” is not a suitable euphemism for throwing a binder at a staff member. A growing category of workplace horror stories from female-fronted companies such as Thinx, Away, and Nasty Gal, among others, reveal that simply having women (in these cases, almost always white women) as authority figures doesn’t necessarily make for better workplace culture—and certainly doesn’t eradicate centuries of patriarchal power structures.

We often praise women in leadership roles, from the C-suite to the halls of Congress, as glass-shattering girlbosses and “sheroes” without asking ourselves what kinds of women are vaulted to these roles.

We often praise women in leadership roles, from the C-suite to the halls of Congress, as glass-shattering girlbosses and “sheroes” without asking ourselves what kinds of women are vaulted to these roles. What qualities do women have to curate and display in order to be exalted to a position of power and authority? We still live in a white supremacist, patriarchal society that values white, cisgender men over everyone else. When women do occupy positions of authority, how often do we ask ourselves how they got there and what they’re doing with those roles?

If we truly want a fundamental shift in gender and power, then we can’t put white, cisgender women in the roles that white, cisgender men have long occupied and call it progress. We can’t allow women leaders to reinforce the same structures that men have long wielded to maintain power and control. And we can’t shrug off a woman candidate’s abuse of her staff while championing her candidacy as a victory for feminism. If she wins the nomination, Klobuchar will be up against a president who has been credibly accused of sexual assault by more than two dozen women, called women “fat pigs” and “slobs,” has presided over the mass incarceration of children, and has been impeached for using his position of power to bribe another country into investigating a political opponent. There’s no doubt that Klobuchar would be a better, less corrupt leader than this man—but that bar is woefully low.

Read this Next: Brokest System 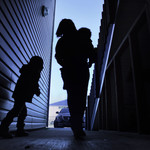 by Lauren Rankin
Every person, regardless of their income level or employment status, is worthy and valuable and deserves to be treated with respect and dignity.