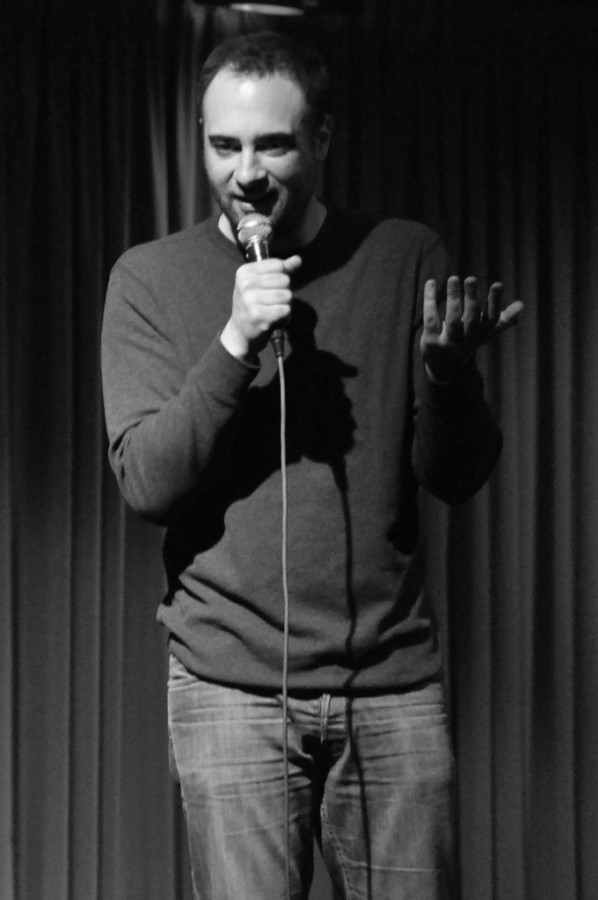 Since her show premiered in 2013, Amy Schumer has built a reputation as the savior of feminist comedy. This is crucial to her branding: She’s positioned herself as an advocate for body diversity, against ageism, against rape culture, and more. While promoting her new book, The Girl with the Lower Back Tattoo, she’s spoken about her own experiences with sexual assault and intimate partner violence. Vogue calls her “An Amazing Feminist”; TIME marvels that she “Gets Guys to Think Feminists Are Funny.” About her own feminism, Schumer says “[feminism is] innately inside me…feminists are in good hands with me.”

In theory, this is wonderful. In practice, Schumer’s brand and assurances to “feminists” have become supremely uncomfortable, largely due to one man: Inside Amy Schumer writer Kurt Metzger. Whatever feminism is “innately inside” Schumer doesn’t take issue with hiring a man who believes there’s no such thing as rape culture, attacks women who speak out about sexual assault, calls feminists “cunts,” “hens,” and “cattle,” and has—by his own account—a history of domestic violence. And this has opened up a range of uncomfortable debates about what responsibility Schumer bears to other women, or to feminism, when it comes to her work.

Metzger’s recent meltdown has been covered everywhere, from the New York Times to Charlie Rose. But we should note that the actual “controversy” that sparked all this was a) very serious and b) not about Metzger at all. The problem arose when Upright Citizens Brigade—a famous improv theater and school in New York—received multiple allegations accusing comedian Aaron Glaser of rape. After investigating the claims, UCB decided to ban Glaser from performing in the space. This decision was announced in a post on a private Facebook group, which reaffirmed that survivors should feel safe to come forward and gave the contact information for a trauma counselor.

So far, so responsible. Then Metzger chimed in. In a series of incoherent Facebook posts, Metzger called Glaser’s alleged victims liars and mocked the very concept of believing them: “I know because women said it and that’s all I need! Never you mind who they are. They are women! ALL women are as reliable as my bible! A book that, much like a women, is incapable of lying!” He added a few charming lines about “re-raping the victim’s good hole” and snarked that “these women are as BRAVE as they are sore,” because there’s nothing that can win over your audience like openly laughing at the injured genitals of people who’ve recently survived an attack. When questioned, Metzger doubled down on calling the victims liars: “If you are raped by Bill Cosby you and you didn’t go to the cops I get it. You were scared etc etc. I give you credit. If a fat improv open mic kid with a fucking jew fro did it you are full of shit…you are just a typical lynch mob and luckily the guy isn’t black so no one is calling you that. But I will.”

There’s so much wrong here—starting with the idea that alleged rape victims should out themselves to a man who’s already joked about “raping” their “good holes”—that we could spend the entire post unpacking it. But we don’t have to. Several feminist comics already have, including the staff of the parody women’s site The Reductress, who spent an entire day gloriously addressing the Metzger/Glaser controversy with headlines like “‘Most Women Lie About Rape,’ Says Man Lying About Rape” and “This Brave Man Hates Social Media Witch Hunts So Much He Decided To Start His Own”, and Los Angeles–based comedian Nikki Black, who wrote a very compelling and aptly titled Medium post “Kurt Metzger Needs to Shut Up.” In response, Metzger doubled, tripled, and quadrupled down—he changed his Twitter bio to “proud cuck and rape apologist” somewhere around the time he claimed that Black “Has The Face A Dr Rebuilds For U After A Chimp Attack.” And then, there was the one that did him in:

“Ask around how well trying to smear me on social media works,” he tweeted. “I got a long history of dancing out of your bullshit charges.”

At which point, well, people asked around. And it became apparent that Metzger had been doing this, and worse, for years. And that Amy Schumer had been informed of the problem and had done nothing.

Full disclosure: Metzger acted similarly toward me starting in 2013. After I wrote an article that criticized rape jokes by a different comic, he repeatedly hectored me to go on his podcast. I refused; fake social media profiles, Photoshopped pictures of me in proximity to penises, and Facebook posts and/or interviews about how I was a “weak bitch” and/or “Voldemort” followed for the next several years. I am not special: Metzger bombarded feminist blogger Lindy West with a wall of comments calling the statistic that one in four women is raped a “feminist lie” promulgated by “cunts.” When Rebecca Watson complained about being propositioned at a conference, he found her on Facebook and told her to wear a burka. He’s repeatedly called Asian-American journalist Claudia C. “Rachel Dolegong” and hypothesized that she was “fucked over by a couple white johns and now wants revenge”; she had done nothing worse than call a white male comedian “unfunny.”

Worst of all, when a fan complained that he’d made light of Chris Brown abusing Rihanna, Metzger not only called Rihanna a “dumb bitch” for being abused but took the opportunity to share a story about a time he’d choked a former girlfriend: “fuck you bitch. You clearly don’t have a fear you should have,” he wrote. The episode was later described, in even more detail, during his guest appearance on WTF with Marc Maron. 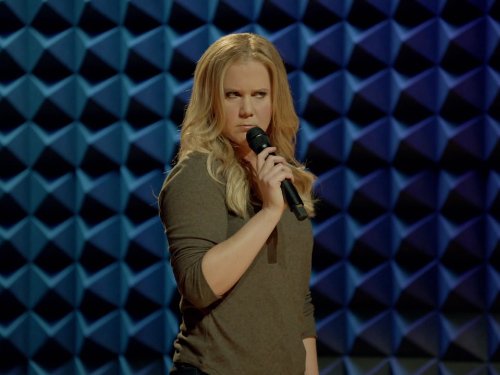 When your employee is describing himself as a domestic abuser on one of the most popular podcasts in existence (“I could go to jail for that!” Metzger cheerfully noted to Maron), it’s reasonable to conclude that you’ve heard about it. In 2013, I tweeted at both Schumer and Comedy Central; Schumer blocked me (as she has done to many women asking about Metzger in recent weeks), and Metzger has described a behind-the-scenes meeting with Schumer during which she assured him he would not be fired. Not only does Schumer know about Metzger’s behavior, she’s evidently known for as long as Inside Amy Schumer has been on the air. So what, exactly, is a guy like this doing on the show that has been pitched to women and feminists as their best pro-lady source for sketch comedy? And—here’s the sticky part—what right do we have to ask the question?

There’s reason to sympathize with Schumer. She describes Metzger as a close friend—“I love him,” she recently told Charlie Rose—and that can mess with anyone’s perspective. The heart wants what it wants, and if it wants to spend time with a man who screams at rape victims for fun, well, Schumer seems like the primary victim of her own bad taste. Public women are held to an excruciatingly high standard, and dumping on Schumer can feed into a culture that wants to tear women down. This isn’t unique: Hillary Clinton, for example, has frequently been cast as a monster for being approximately the nine millionth brilliant, accomplished woman to marry a man who does not deserve her. And, whether or not Schumer is a “good” feminist, she takes the abuse that comes with calling oneself a feminist at all: Men’s rights activists bombarded her Amazon page, giving her book one-star reviews. You could reasonably conclude that she’s been through enough.

But most critics aren’t asking Schumer to stop liking Metzger. They’re asking her to stop paying him. Or, quite reasonably, they’re saying they can’t buy her work if she supports him. TV shows are not mandatory viewing, and at this point, one simply cannot watch Inside Amy Schumer without funding a man who routinely harms women and rape survivors. Schumer can hang out with Metzger on her own time, but if we want to watch her show without abetting rape culture, Schumer needs to provide us with a show that doesn’t have Kurt Metzger in it. All of this would be true whether Schumer were a woman, a man, or a high-level robot designed to produce sketch comedy; it is, however, unavoidably heightened by the fact that she’s branded herself as a rape-culture critic. “Don’t support dudes who attack rape victims” is Rape Culture Critic 101.

Schumer’s response has been maddeningly equivocal: First she stonewalled, then she declared Metzger no longer worked for her, then she claimed that he hadn’t been fired and implied the show had been cancelled, then she declared that the show was simply on hiatus (leaving the question of his potential return unanswered), and now, she seems to portray herself as a victim of the feminists who asked her the question in the first place. On Charlie Rose, she claimed Metzger is necessary to her show for his “male perspective.” Even when she said she’d like him to stop attacking people, her reason is “because it comes back to me”—not, say, “because it hurts women and rape survivors” or even “because it is sexist.” And she keeps insisting, as she did on Twitter, that “his words are not mine”—even though, well, his words are hers, because he literally writes the words she utters on television for a living.

It’s easy, and tempting, to brand Schumer an opportunist who makes money off feminism while shutting out the women who need her. But women get labeled “selfish” and “inauthentic” whenever they accomplish anything more visible than “neighborhood soccer mom,” and consigning Schumer to Bad Feminist Hell forever doesn’t indicate that she would benefit if she corrected course. It’s enough to note that Schumer is a capitalist, working in an industry and a culture that has been controlled by men for its entire existence. In another age, she really would need a “male perspective” like Metzger’s to succeed. The only way to change that is to create a network of female power and legitimacy that makes male approval irrelevant.

Schumer could become part of that network. She could get rid of Kurt Metzger. For now, our only option is not to buy what she’s selling—and to hope that, one day, there will be enough feminists in comedy, and feminists in power, that we don’t have to rely on any one woman to save us all.

But she's not paying him anymore... And hasn't been since the last season ended...

I stopped watching Schumer ~2 years ago - some of her jokes struck me as misogynist then. Her recent beer ads def show she's sold out IMO.

I agree with everything except the Hillary comment. She's not cast as a monster for her success and marriage. She's cast as a monster because she's a war hawk and Wall St shill. Not to say she doesn't face sexism. But suggesting the only reason people hate her is because she's a woman is bull. Anyway, I can't take Amy's sexism seriously as long as she associates with this dude.

Must admit I was put off Schumer's show because it seemed to lack the great humor Amy is known for when she does stand-up. On her own, Amy can be funny & edgy without being toxic. But aside from a few stand-out skits, her 'Inside' show seemed to take on an ugly tone. 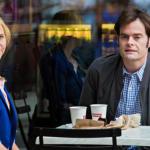