In “An American Marriage,” Mass Incarceration Is the Villain | Bitch Media 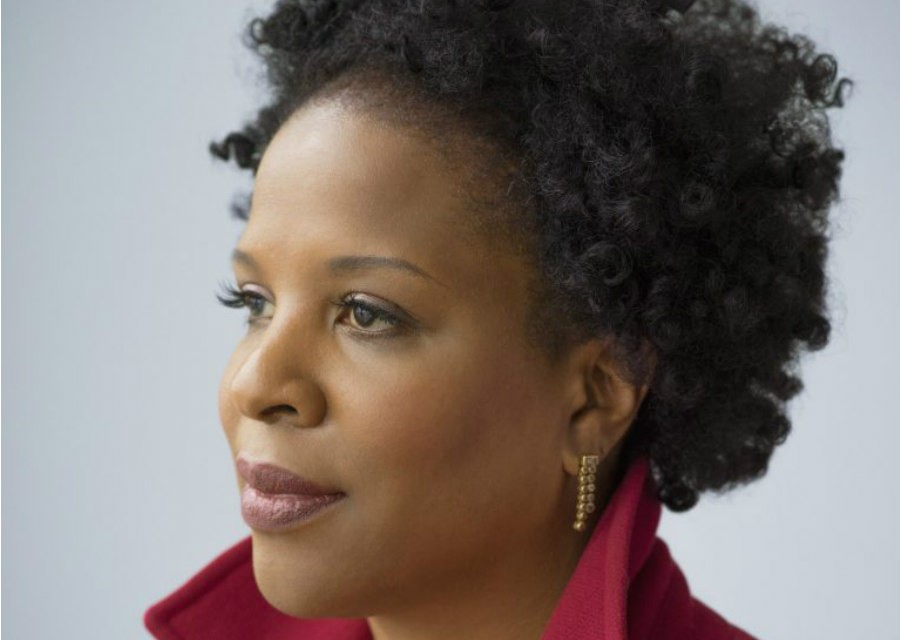 What does it mean when a creator puts the word “American” in a work’s title?

For many texts, it’s a performance of profundity. Operating on a spectrum between satire and sincerity, the move is a plea to accept that the subject—be it pastorals, psychos, tragedies, snipers, or pie—reveals something essential about the national character. Such usage is gutsy, self-important, and, as my allusions suggest, largely white and male. But for other texts, “American” functions more as a form of critique. It’s the sense in which Claudia Rankine employs it in the phrase An American Lyric, the subtitle of her two most recent poetic works, 2004’s Don’t Let Me Be Lonely and 2014’s Citizen. This use of “American” engages a different spectrum of tone: exhaustion, alienation, and lament—the weight of relaying the story of American Blackness. Like psychos and snipers, this, too, is a tale of national character.

Tayari Jones’s An American Marriage, the author’s fourth novel, calls upon the word to perform this latter kind of work. Drawing its epigraph from Rankine’s Citizen, both title and poetic excerpt announce the central juxtaposition that structures the narrative: the tragic collision of systemic and subjective; the struggle of Black living and loving in a world insistent upon sending the message that, in Rankine’s words, “You nobody.” An American Marriage tells the story of newlyweds Celestial and Roy, a young, middle-class Black couple living in the “New South.”

Roy is an executive climbing the corporate ranks while Celestial is a visual artist gaining notoriety, but their life is upended a year into their marriage when Roy is falsely accused of rape, ensnared in the illogic of the justice system, and incarcerated. When his conviction is overturned midway through his sentence, the couple must face whether rebuilding their marriage is even possible—especially since Celestial has grown close with her childhood friend, Andre, in Roy’s absence. The chapters move between the voices of these three characters, laying bare the motives and struggles of each—and, as the best love triangles do, blurring any clear reader loyalties.

The novel joins a collection of recent texts that grapple with the issue of mass incarceration, a conversation that went mainstream with the 2010 publication of Michelle Alexander’s The New Jim Crow. Alexander, a lawyer and legal scholar, argues that the criminal justice system works as a deliberate tool of racialized social control, relegating people of color to permanent status as second-class citizens. Ava DuVernay’s documentary 13th expanded the dialogue by taking on the text of the 13th Amendment, highlighting the exploitation of prison labor as an overlooked “exception” to the legal rule against involuntary servitude. 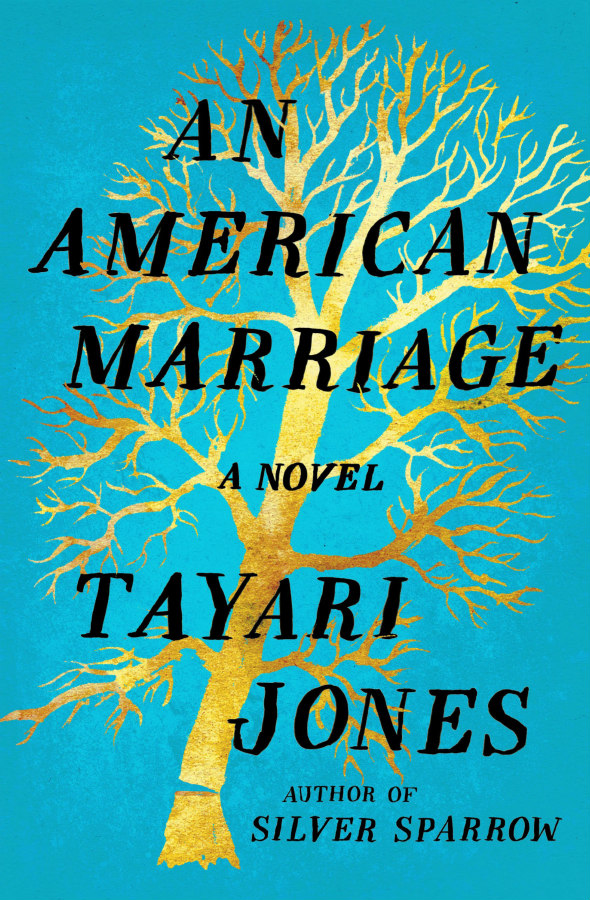 With Roy and Celestial, Jones examines the epidemic at the scale of the individual life. To explore a massive crisis through the prism of the personal is  a vital tradition of Black thought, offering what scholar Saidiya Hartman calls “a story capable of … countering the violence of abstraction.” It is an act of political utility to write the personal back into, and against, the anonymizing abstractions of systemic violence. The juxtaposition also illustrates the difficult terrain in which Black love seeks to blossom. Though the novel hints early on at Roy’s wandering eye—even in marriage he proudly collects women’s phone numbers, little “frissons” that end in nothing “99.97 percent of the time”—there are more obstacles here than the mere confines of monogamy.

At the same time, Jones troubles any logical link between intimate relationships and systemic racism. For some characters, like Roy’s father, the ethics of the situation are near-mathematical: He charges Andre, “as a Black man,” with the duty to “unhand [Roy’s] wife” when he gets back, as though Celestial were property that Roy had a right to return to upon release. But the novel refuses the elevation of one form of oppression over another. Though Roy’s incarceration puts immense pressure on Celestial to remain faithful to her husband, Jones uses the situation as a vehicle for exploring Black female desire and independence. One of Celestial’s letters to Roy speaks to this qualitatively different distribution of oppression between Black men and women: Celestial confesses that she chose not to mention Roy during a high-profile interview about her artwork. Roy, as he often does, refuses to see the other side and accuses his wife of having “crossed a line.”

But with the help of his cellmate, a knowledge-dropping older man whom Roy nicknames “Ghetto Yoda,” he comes to understand the omission: To speak of the incarceration would put Celestial in an impossible position, evoking negative stereotypes about Black women and thereby overshadowing her work. The personal-political tension also emerges in Jones’s depiction of intimacy. Although An American Marriage has its fair share of discord, it contains some of the most complex, emotionally nuanced sex in contemporary fiction. Here, Jones upends another tired tradition in American writing: the loveless, sexless union. 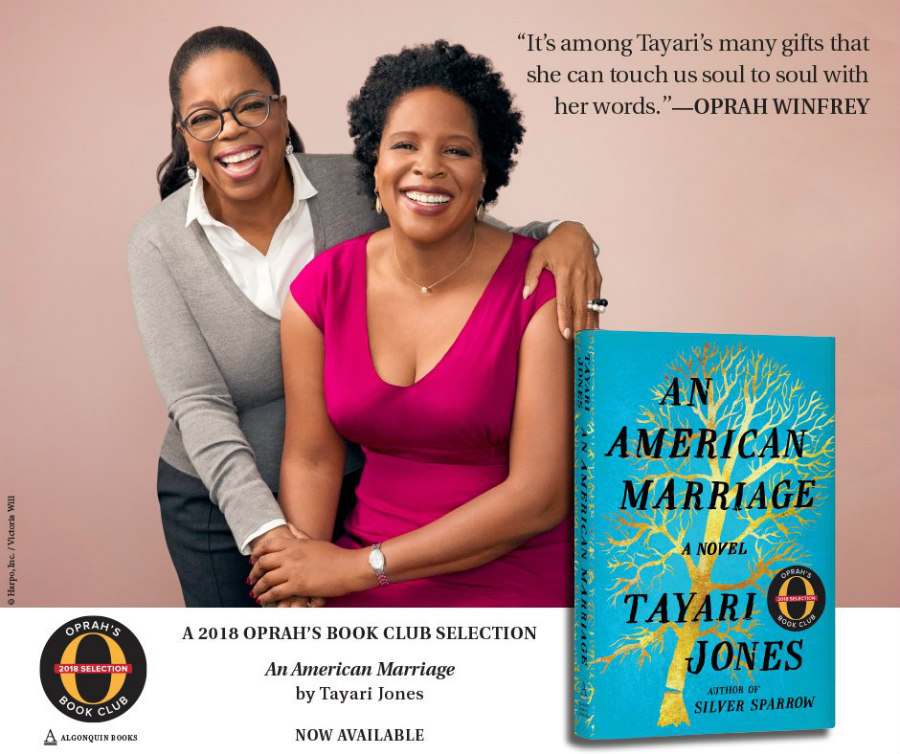 This novel is studded with scenes of moving, plot-advancing bodily closeness. Following his release from prison, the rendering of Roy’s first intimacy with another body is breathtaking. The sex in the novel is also critically informed by the politics of Black sexuality. In one of the most arresting scenes, the nature of the accusation against Roy—one of sexual violence—is brought into discomfiting alignment with Celestial’s uncertainty about sleeping with him. Though Jones is never ambiguous about the falsity of the accusation, the need for Roy to still assert his innocence shows the length of the shadow cast by the criminal justice system. It is made worse by the fact that the accusation is shaped by such a destructive stereotype of Black sexuality, one historically used to enact violence upon Black men.

It is the inseparability of private and public that makes this novel quintessentially national. To call this marriage “American” is to both align it with and distinguish it from other cultural representations of matrimony: Like any marriage, Roy and Celestial’s union has been shaped by the power of the state. The couple experiences the joys and struggles characteristic of the institution––the question of becoming parents; the tension between commitment and conflict; the shorthand you share with the one closest to you. But––and this is where “American” pivots to critique––it is also a different kind of marriage from the white suburban narratives that saturate the canon.

Here, the state’s reach goes much further than mere solemnization. The insidious entanglement of the personal with the institutional––and the fundamental anti-Blackness of those institutions––is also what makes it definitively American. Jones’s novel handily carries the weight of its title and inserts a crucial angle into the national narratives on American life; a reminder that this story could not have been forged in any other fire, this time or next. 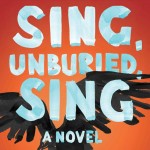