Siena Liggins Hates Being Told What to Do 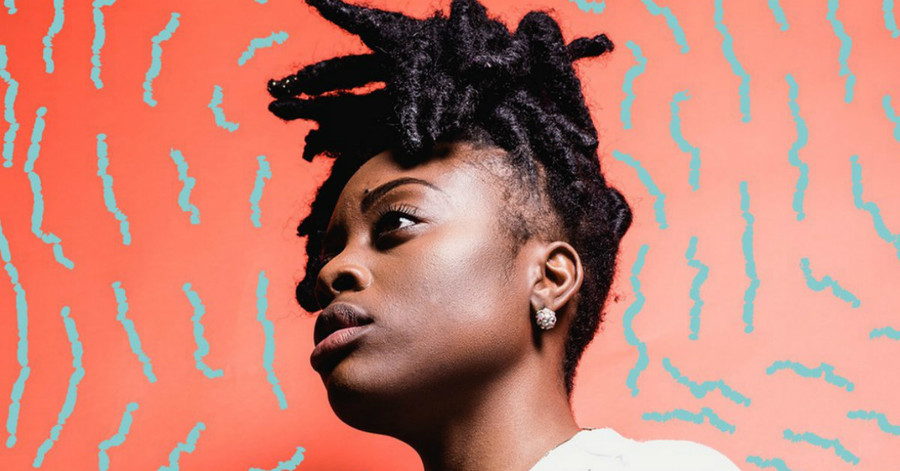 “Social distancing is so fun,” Siena Liggins says. The pop singer clarifies that she’s enjoying time off from her social life. “I feel like I have to go out so much,” she says, “just to do the dance and meet people and be up to date. Sometimes I’m like, I don’t wanna do that.” When we talk on the phone, she says she’s “partied out” from working on her music and catching up on Netflix. Still, isolation is aggravating her contrarian streak. “The rebellious part of me is like, I want to go out and party, or I want to get drunk, which I never do.” Liggins was a rising star in Detroit’s music scene when she first received national attention with her 2018 debut single “Flowerbomb,” hailed by WUSSY magazine as “the song of the summer for girls who like girls.” Since then, she’s continued to release ultra-catchy, ultra-gay tracks that often appear on Billboard’s Pride playlists.

She moved from Detroit to Atlanta at the end of 2019 in search of new collaborations and inspiration, and has been hard at work on a new catalogue of music that may become an EP or even a full-length album. Liggins doesn’t do anything out of expectation, and she will swerve the conversation in a new direction without compunction. When I say, “Do you mind if I ask how old you are?” she responds, “Actually, I kind of do,” and it takes me a moment to determine that she’s not joking. Why do profiles need to include an artist’s age, she wonders? I have to admit I don’t have a ready answer for that. “Tell them I’m 48,” she decides. I’m pretty sure that one is a joke.

When Liggins and I messaged to set up this interview, she mentioned that her team wanted her to talk about Black-masculine lesbian representation in the music industry. It’s true that Liggins stands out in pop music—a field where most of the visible queer women (Kehlani, Halsey, Hayley Kiyoko) are about as butch as Sporty Spice. But when I ask about how her identity has affected her music and career, she’s hesitant to make a definitive statement. “When things don’t pop off exactly like you want them to… it’s hard not to think, is it because of these marginalized features?” Liggins is proud of her identity but doesn’t want it to pull focus from her music. She notes that “there are no queer, Black, masculine women [reaching the] top 40 every time, and I want to be top 40.” She’s confident that she has the skills to get there. “I’m a great artist,” she states matter-of-factly. “I have sweet music, it makes people dance, and as long as I’m consistent with that, that should be what I’m judged on.”

By that measure, Liggins should rightfully be considered a rising star. Even without a full-length album or EP, singles like “Flowerbomb” and the recently released “Looks Don’t Lie” have established her as an artist whose music is sexy, fun, and addictively hummable. “All these excuses but you won’t admit it/ Truth is I know what to do with it,” she croons to an ambivalent love interest on “Wait On Me,” released in January. Liggins’s unmistakable singing voice, a sweet treble with an underlying note of bravado, highlights the seductive cockiness of lyrics like “I know that she ain’t doing her job/ So when she slip up/ I pick the shift up/ And put in work overtime” on “Flowerbomb.”

“I hate my voice,” she says casually, another swerve I wasn’t anticipating. Her early attempts at songwriting, way back in middle school, took the form of raps because she didn’t like the sound of her own singing. In her college songwriting program, Liggins wrote pieces for other vocalists to perform, but she was never happy with the results. A singer’s lackluster interpretation once earned Liggins a C minus on a midterm. “I was angry!” she exclaims. “[My professor] gave me a shitty midterm grade because someone else sang it wrong. I had to get more comfortable with my voice.” Indeed, it’s hard to imagine anyone but Liggins singing her songs. The breathy vocals and sunshiny melodies are a perfect fit for her lyrics. “It’s real—it’s honest for me,” she says. “It has a lot of personality because it’s me.” Her approach to songwriting is as personal as her sound. She was taught to start by writing a hook, she explains, but that doesn’t work for her. “It’s not—okay, it is because I’m defiant and stubborn, but I have to start with the first line of the first verse.”

Those opening lines, she says, are often the most meaningful, and they’re also often drawn directly from real life. The first two lines of “Me Again”—“The reason it’s been so difficult getting over you is/ ‘Cause I don’t want to”—came from a voicemail left by Liggins. “Flowerbomb” opens with the lines “Dress off/ Hair down/ Flowerbomb from last night on,” which she says “was literally what was happening around me at that moment.” Her latest song, “Looks Don’t Lie,” is a dreamy ode to infatuation at first sight. Liggins was inspired by her first visit to Atlanta, the city where she now lives. “I needed to explore,” she says, “so I was on Tinder and I matched with everyone [I saw].” A girl she connected with suggested they attend a high-profile monthly party called Vain: a showcase for Atlanta’s tastemakers. “Everyone just goes to look good,” Liggins explains. “The whole night, the party is about showing off, but I couldn’t stop looking at this girl.”

For the music video, Liggins decided she didn’t want to tell a story; “I wanted something all about the visual, I just wanted it to look good.” Robrice Archie designed the clothes Liggins wears in the video, and Liggins created sets to go with the looks. She built the sets herself inside the spacious old church that houses Detroit’s Assemble Sound. This is another way Liggins evades expectations; though she doesn’t direct her own music videos, she’s intensely hands-on throughout the process. “Every director I’ve worked with is like, wow, you’re so organized,” she says. “I don’t approach somebody to shoot a video unless I have a treatment, a mood board, and a shot list. I like to be really clear about what I want.” If there’s one thing that’s obvious from even a short conversation with Liggins, it’s that she knows what she wants and has every intention of getting it. She’s unabashed about believing in her art: “I’m in the ranks of Billie [Eilish], Kehlani,” she says. “I could go toe to toe with Lil Nas X. That’s just how I feel about myself.” Whether talking to her, listening to her songs, or watching her videos, it’s hard not to feel the same.

by Rachel Charlene Lewis
“I have this platform where I can see my own audience reacting to who I am and feeling safe to express who they are as well.”
by Lindsay King-Miller
View profile »

Lindsay King-Miller is a queer writer who lives in Denver with her partner, an ever-growing collection of books, and a very spoiled cat. Her first book will be published by Plume in early 2016.