Because White Men Can’t Police Their ImaginationsPolice Brutality in Anaheim 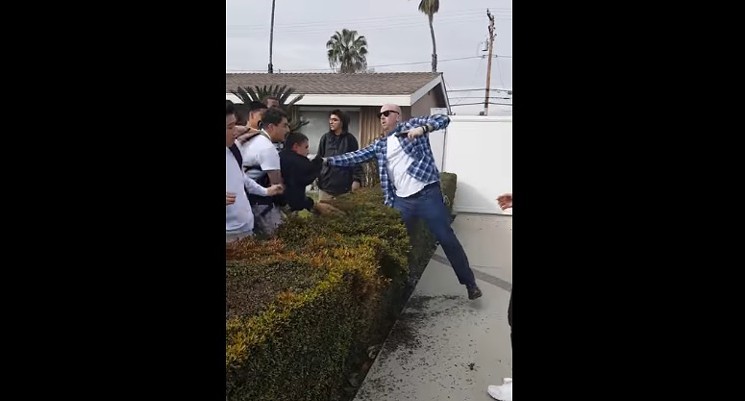 A few weeks ago, in a Southern California neighborhood near Disneyland, an off-duty white cop fired a gun toward a group of Black and Brown children and teenagers who had been walking home from school.

There are two videos of what happened, both filmed by teenagers at the scene. They begin with Kevin Ferguson, the off-duty LAPD officer, yanking 13-year-old Christian Dorscht by the collar. Dorscht was on the same route home he took every day after school when one of his friends, a girl, got too close to Ferguson’s lawn. Dorscht says that Ferguson called his friend a “cunt.” When Dorscht tried to verbally defend her, Ferguson tackled him. The videos begin midway through the confrontation, with Dorscht pleading to be let go. “I didn’t do anything to hurt you, all I said was respect a girl,” he says. Ferguson responds, “You said you were going to shoot me,” which Dorscht denies, protesting, “I didn’t say that, I said ‘I’m going to sue you.’”

With Ferguson’s hands at his throat, Dorscht says he’s acting in self-defense. He says that he’s 13 years old. He says, “Pick on someone your own size,” “Stop grabbing me,” “Let go of me,” and “You’re the one who’s hurting me.” Other teenagers try to calm Ferguson down and convince him to let Dorscht go, repeating, “He’s a kid,” “Let him go,” and “They’re grabbing a minor.”

None of this convinces Ferguson to let go of Dorscht. When a few other teenagers try to help free Dorscht from Ferguson’s grasp, the police officer pulls out a gun and fires it toward them, dragging Dorscht’s body through a hedge.

I would say “Thank God they filmed it,” but I know filming an altercation with a white cop doesn’t mean anything. Once on-duty police officers arrived on the scene, Dorscht was booked on suspicion of making a criminal threat and battery, and a 15-year-old who was trying to help him was arrested on suspicion of assault and battery. Ferguson has been placed on administrative leave pending an investigation.

Fortunately, the altercation did not end with the death or injury of any of the teens, but watching the videos, it’s clear it easily could have. Dorscht was minutes away from his home when a white man called his friend a cunt; Ferguson came to that situation with a gun already tucked in his pants to scare, threaten, or shoot a group of young Black and Brown teenagers. As in previous cases of police brutality, questions remain about the decisions and behaviors of  this white officer who thought he heard something, thought he saw something, or thought there was danger when, in fact, there was a group of children: If the confrontation between Ferguson and Dorscht stems from the police officer’s belief that the teen said he was going to “shoot him,” why does he keep his hands on Dorscht’s throat when the teen says he didn’t threaten or hurt anyone? Why didn’t Ferguson make clear and repeated efforts to identify himself as a police officer? Why did Ferguson confront teenagers walking home from school with a gun? 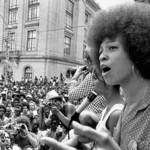 by Tamara Winfrey-Harris
Black women’s salvation depends on collectively agreeing that we are human, that our care is essential to our freedom.